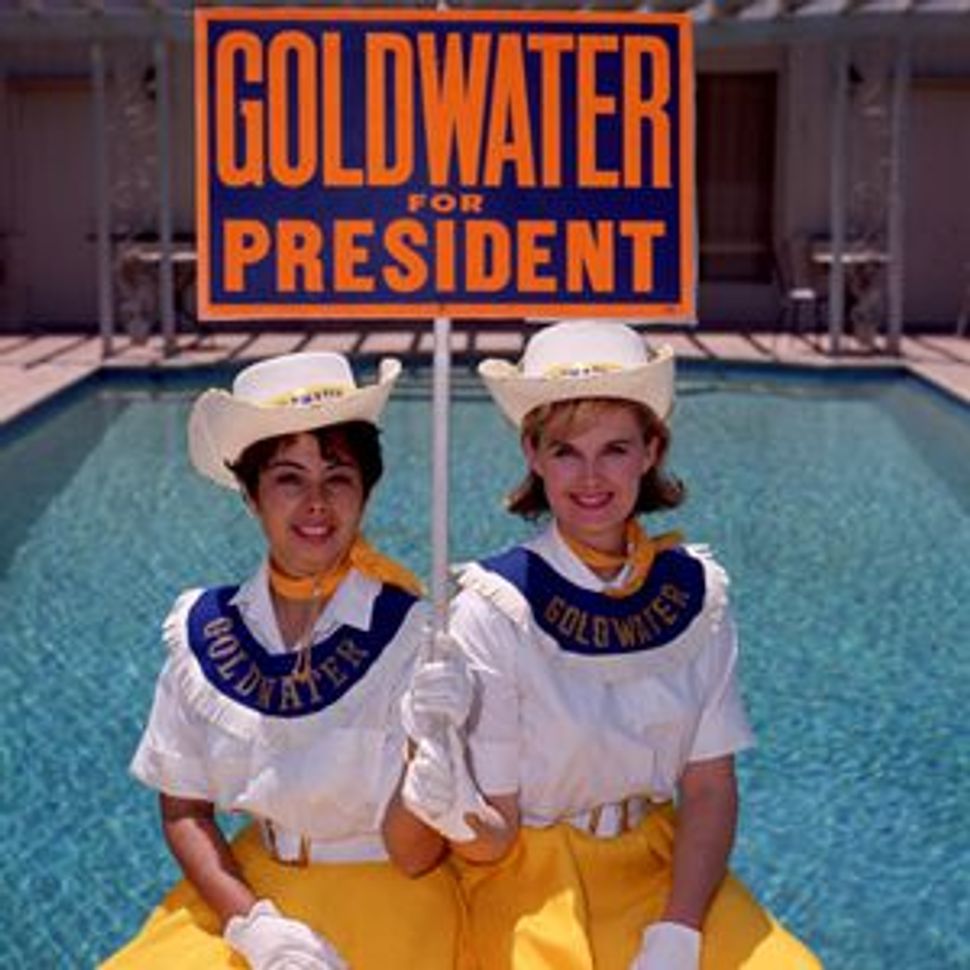 Goldwater Girls: Does Conservative Judaism need boosters like this? Image by GETTY IMAGES

I learned from the August 6 issue of the Forward that Conservative Judaism is thinking of a name change. Once the largest of the three major American Jewish denominations, the movement has fallen on hard times. It has long been a truism that, sandwiched between Orthodox Judaism on one side and Reform Judaism on the other, it lacks a strong identity of its own. Why not rebrand it by calling it something else? 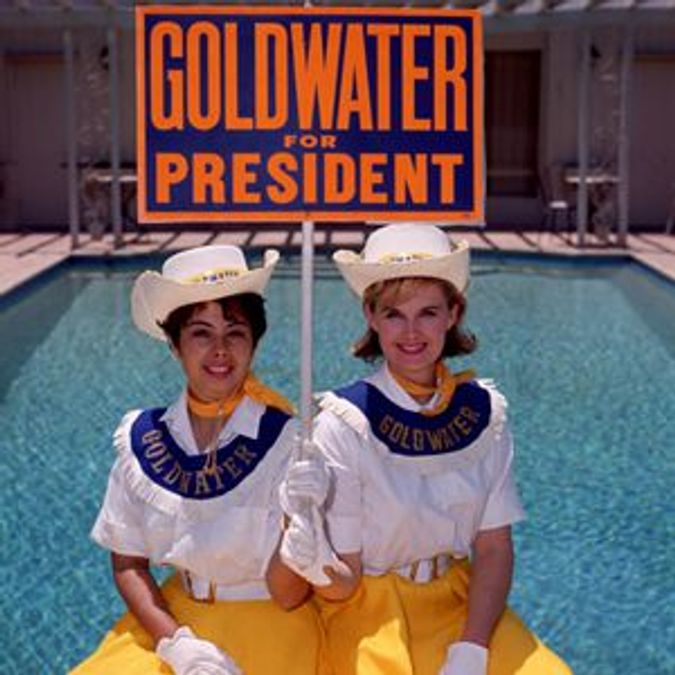 Goldwater Girls: Does Conservative Judaism need boosters like this? Image by GETTY IMAGES

As the would-be rebranders are the first to admit, it’s not just a matter of wanting a new name — it’s also the embarrassment of the old one, which was bestowed by the movement’s founder, Solomon Schechter, in the early 20th century. “Conservative” has become a dirty word for politically liberal American Jews, who are, to say, 90% of non-Orthodox American Jews. It stands for everything to which they’re opposed. As comedian Judy Gold, a member of a Conservative congregation, told the Forward, whenever she says she’s a Conservative Jew, “you can see people’s heads exploding.” Who wants to be a metaphorical suicide bomber?

Of course, the word “conservative,” with or without a capital “C,” wasn’t always such a red flag for liberals. Abraham Lincoln, who draped himself in it to defend himself against charges of radicalism, defined it as being for “the old and tried against the new and untried,” and while liberalism and conservatism have always been perceived by Americans as two different worldviews, they were not necessarily thought of as irreconcilable.

It was only starting in the 1960s, with the ascendance to power of the right-wing of the Republican Party in the 1964 presidential campaign of Barry Goldwater, whose book “The Conscience of a Conservative” had appeared several years earlier, that “conservative” began to be viewed as a synonym for “reactionary” by the politically “progressive.” And as American liberalism began its own long march to the left in the same decade, the conservative/liberal struggle increasingly began to seem a war unto death. If anything, it’s surprising that more liberal-voting Conservative Jews didn’t call for a new name long ago.

But what new name should be picked? Alongside the inevitable comic suggestions (“Kosher at Home Judaism,” “Our Grandparents Were Orthodox Judaism,” “Not Too Meshuggene and Not Too Goyishe Judaism”), there are, we are told, several serious contenders. The leading ones appear to be “Masorti Judaism,” “Traditional Judaism” and “Covenantal Judaism.”

Masorti (the preferred Hebrew pronunciation is m’sorati, with the stress on the final syllable) is the Hebrew word for “traditional.” It comes from the verb masar, “to give, hand, or hand down,” as in the opening sentence of the Mishnaic tractate of Pirkei Avot, or “The Ethics of the Fathers,” where we read: “Moses received the Torah from Sinai and handed it down [m’sarah] to Joshua, and Joshua to the Elders, and the Elders to the Prophets, and the Prophets handed it down to the men of the Great Synagogue.” From this comes the noun masoret, tradition, and the adjective masorati. Indeed, masoret is the exact equivalent of the Latin traditio, which comes from the verb tradere, “to hand down or over.”

Yahadut masoratit, “traditional Judaism,” is what the Conservative movement, once known as yahadut konservativit, has called itself in Israel for the past several decades. It’s a good choice, since masorati in Israeli speech also denotes any Jew who, though not Orthodox, occasionally observes religious rituals, such as attending synagogue, lighting Sabbath candles, and eating festive Sabbath and holiday meals. “Masorati Judaism” thus suggests to Israeli ears an overall attachment to tradition that, unburdened by specific demands or obligations, is tolerant and popularly based.

And yet, while “Masorti Judaism” has spread from Israel to a number of other countries with small Conservative movements, such as England and Australia, one doubts whether it can fly in America. It’s too foreign sounding and exotic, and hardly something with which a Conservative rabbi or congregant would feel comfortable practicing outreach. One can imagine the conversations that would take place:

”Why don’t you come to our synagogue next Friday night? We’ve got a neat service.”

“You do? What kind of Judaism is it?”

“Covenantal Judaism,” on the other hand, strikes one as high-flown. True, it’s English, but ask the average American, Jewish or not, what it means, and you’re likely to draw a blank. The conversation this time might go:

“What kind of Judaism is it?”

“Isn’t that the name of an airline?”

“Traditional,” on the other hand, has a nice traditional sound. Everyone knows what it means, and everyone likes what they know. It’s latkes on Hanukkah and turkey on Thanksgiving and corn on the cob on the Fourth of July. Who, tofu eater or tea partier, could be against it?

Masorti may be the front-runner right now, with Covenantal close on its heels, but I’d put my money on Traditional to win with a strong finish. Unless, that is, the race is called off and the Conservative movement decides to stick with Conservative. That would be the conservative thing to do.