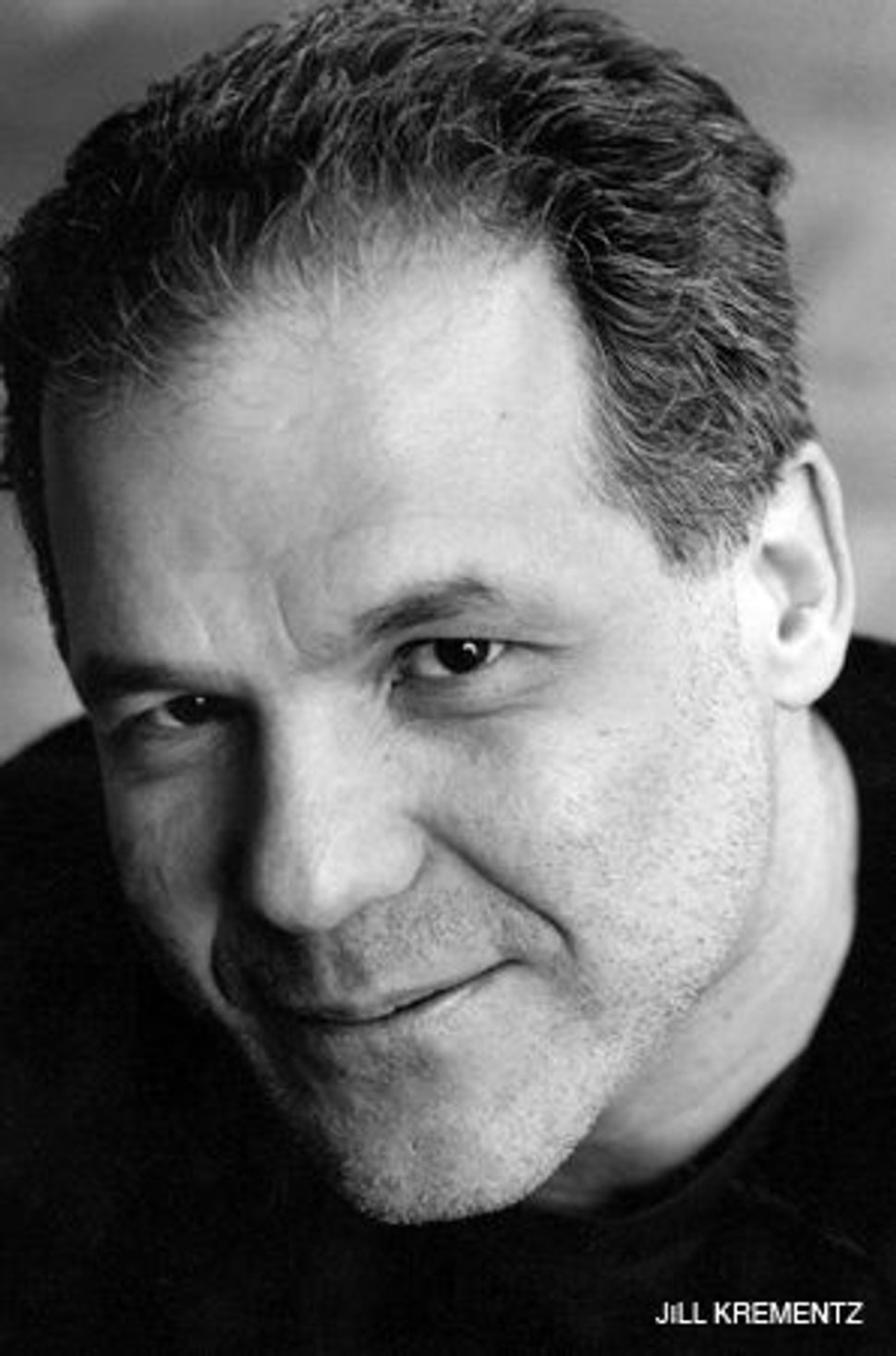 The decade-old Internet revolution has radically changed the way in which we present ourselves to one another — sometimes deceitfully, often anonymously and not usually for the better. That’s one thesis in a new book by culture critic Lee Siegel, who knows of what he speaks. 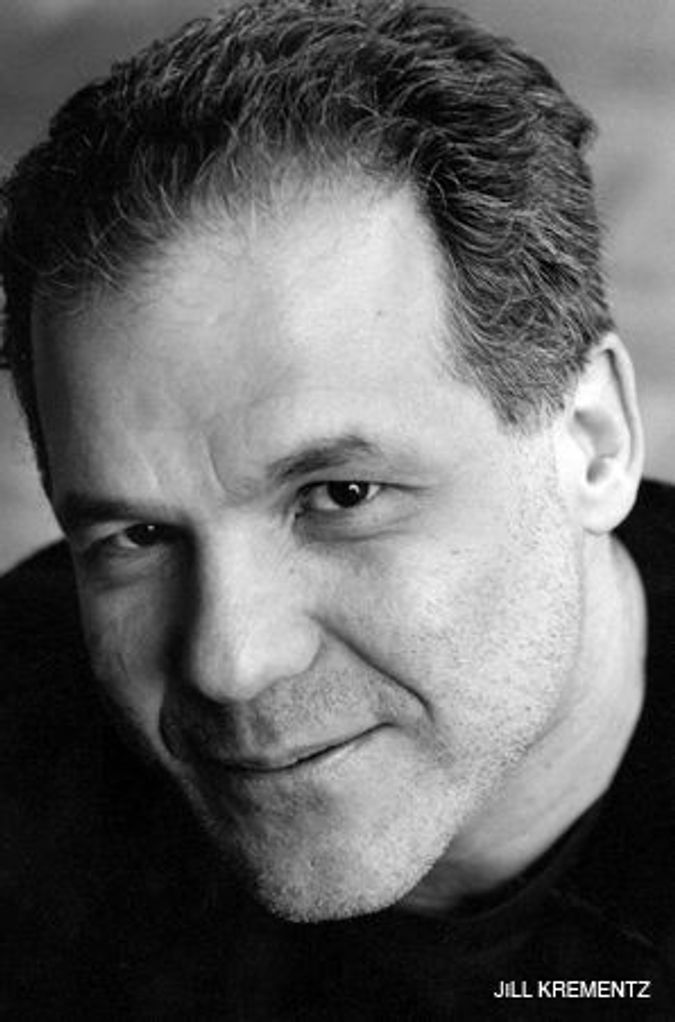 In 2006, Siegel was caught and suspended from The New Republic after it was discovered that he’d used an anonymous handle to savage critics of his own TNR culture blog. That incident had the unfortunate effect of temporarily obscuring Siegel’s talent for brilliant, if highly abrasive, reviews. For nearly a decade beforehand, he’d built an impressive reputation for blistering attacks on such contemporary writers as Tony Kushner and James Atlas — a review of Atlas’s biography of Saul Bellow, published in Harper’s, helped him to win a National Magazine Award in 2002.

Now Siegel, who is 50, has published “Against the Machine” (Spiegel & Grau), in which he means to tackle the many ways that the promise of the Internet is failing us. At the same time, he is curiously muted about his own online shenanigans, even while he’s filled with contempt for the shortcomings of others. It’s the sort of irony that hasn’t escaped detractors, of which there have been many over the years. And it is precisely this reputation for controversy that has animated Siegel’s career. When The Nation magazine hired Siegel as its book critic in 2005, then-literary editor Adam Shatz clearly relished Siegel’s willingness to draw blood. Shatz, who declined to be interviewed for this article, told The New York Observer at the time: “I wanted to bring Lee on board because his voice isn’t like anything else in the magazine, and because I thought he would stir things up.”

Perhaps surprisingly for someone with his reputation, Siegel doesn’t like to discuss himself. (He declined to be interviewed for this story.) According to various hints to be found in his work, Siegel grew up in the Bronx and nearly completed a doctoral program at Columbia. He worked in magazine publishing, including a stint as an editor at ARTNews, before turning to writing full time a decade ago. Once divorced, today he is remarried and lives in Brooklyn.

“I think he’s a fiendish, gifted critic of culture,” said Leon Wieseltier, literary editor of The New Republic. “He’s read everything. His personal cultivation is immense and is sometimes obscured by a certain thuggish tone that he takes.”

Siegel stands out among contemporary critics in a number of other ways. For one, he’s unusually versatile, frequently writing with authority about books, visual art, movies, theater, philosophy and the art of acting. And he seems to belong to what E.B. White once called the “party of one” — rising above the partisan politics that define magazines in our era. During one period, in 2005, he was simultaneously a book critic for the ultra-dovish The Nation and an art critic for Slate — on top of his existing duties as TV critic for the decidedly more hawkish The New Republic. (At the time, The New York Observer joked that only Siegel could show up to all those holiday parties.)

In one sense, this versatility aligns Siegel with the old New York intellectuals, such as Daniel Bell or Irving Howe (Siegel was said to be writing a biography about Howe at one time). He certainly seems to share with these midcentury Jewish scrapers a weighty sense of purpose and wide-ranging interests, not to mention an egotistical and combative edge. Indeed, in some ways Siegel is their heir; and it seems fitting that he got his start just as the last of this old breed — along with its flagship publication, Partisan Review — had faded away.

Yet, with his nearly endless appetite for polemic, Siegel seems entirely suited for our age. If the Partisan Review (and later Dissent) helped to sustain Howe’s career, then Siegel has been largely associated with — and very much shaped by — The New Republic, where he’s appeared on the masthead in a variety of roles since 1998. Like Woody Allen, who used to elicit from his leading actors pale imitations of his own neurotic persona, The New Republic encourages the harshest tendencies of its critics. In one memorable example, novelist Dale Peck opened a review of Rick Moody by calling him “the worst writer of his generation.”

This hyperbolic style of criticism is not lost on Wieseltier, who clearly approves of Siegel’s bruising methods. “In criticism we’re living in an age of pathological civility, a golden age of niceness,” Wieseltier said. “I think it’s impossible to be a serious intellectual and not sometimes be brutal. Otherwise, you’re not doing your work well.”

But Siegel crossed a line that surprised even his editors when, in early 2006, he grew frustrated by dozens of obscene and vitriolic comments garnered by articles posted on his own New Republic culture blog. He created the anonymous handle “Sprezzatura” — the term connotes the art of making the difficult look effortless — and for months posted comments praising himself and heaping scorn on critics.

Not surprising, given his history of tangling with the blogosphere, Siegel’s ensuing suspension generated plenty of online schadenfreude, making his name a top term on search engines for weeks. And his flameout was covered by many of the print publications that regularly run his byline (five articles alone in The New York Times). Some questioned whether The New Republic had made too much of the incident, with Slate concluding that Siegel’s real offense had been to embarrass The New Republic.

Indeed, Siegel’s subsequent apology appeared more tailored to placate his erstwhile employer than to acknowledge any real culpability. In a New York Times Magazine interview that appeared a couple of weeks after the incident, Siegel disassociated himself from his outlandish performance by claiming it had nothing to do with who he was as a critic.

In “Against the Machine,” Siegel repeats this strangely bifurcated stance. On the one hand, the book cogently amplifies a number of arguments he has made throughout his career. He shows, for example, how, with its instantaneous and ubiquitous nature, the Internet both encourages and amplifies the era’s craze for artless confessionalism. This turns privacy into performance — and depressingly homogenous performance at that. He’s especially prescient when he addresses the way self-performance shapes and defines the age.

Indeed, if a single theme could be said to run through much of Siegel’s criticism, it is a deep and uncanny appreciation for various modes of acting. In one recent example, a 6,400-word review of Norman Mailer’s last novel that appeared in the New York Times Book Review, Siegel created what may well be the most sympathetic and profound reading of that author ever published. Siegel wrote that Mailer’s outrageous public behavior was a symptom of his tremendous powers of empathy — really, these were two sides of the same coin — a gift Mailer channeled into highly nuanced portrayals of those who tested the limits of human convention, men such as killer Gary Gilmore or the psychotic (and deeply repressed) Adolf Hitler.

In a telling passage from an online diary published in Slate three years before the Sprezzatura incident, Siegel wrote of a lifelong fascination with acting: “Personas, too, make up part of my existence. I find it hard to get through 24 hours without sending an e-mail to a friend pretending to be someone else or calling a friend up and disguising my voice.”

In the new book, however, Siegel is unwilling or unable to link his “inner actor” with his own unfortunate flameout. Though his subtitle is “Being Human in the Age of the Electronic Mob,” Siegel doesn’t tell us much about the person behind Sprezzatura, preferring to lay blame for the incident at the feet of everyone else. This raises a troubling irony: Isn’t Siegel participating in the very coarsening of culture that he everywhere criticizes?

There may be no easy answers to the question, though chances are that we haven’t seen the last of Siegel’s performances. Nonetheless, the temporarily chastened Siegel has returned to The New Republic, where he began to publish again in spring 2007. And while there are no plans to restore his culture blog, he’s been given free rein to write what he likes. It looks as if the Internet age that so bedevils Siegel — with its penchant for self-exposure, and its blurring of fact and fiction — has helped to boost his fortunes.

Paul Zakrzewski, who edited the 2003 anthology “Lost Tribe: Jewish Fiction From the Edge” (Perennial, 2003), is a critic and writer in Pennsylvania.