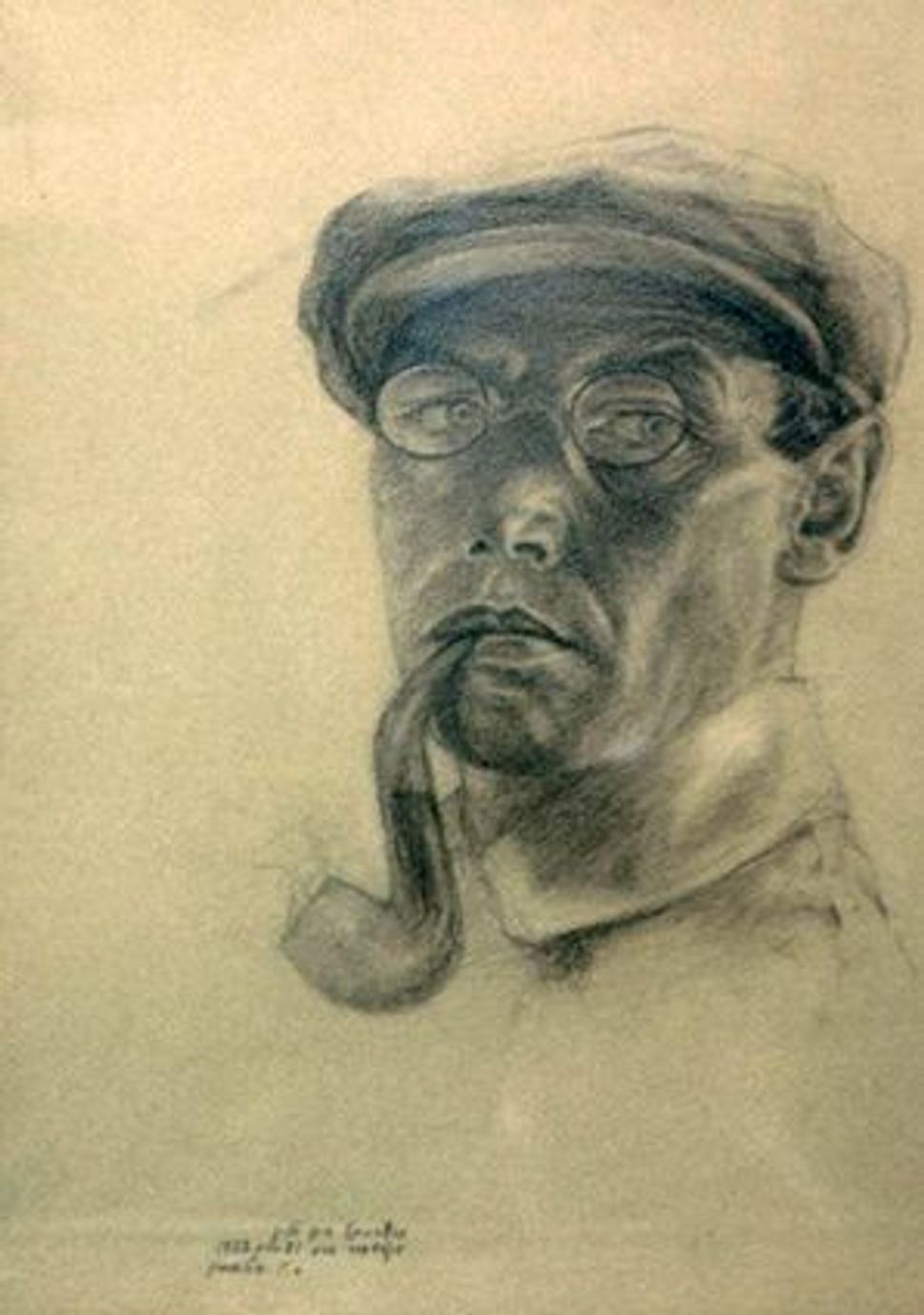 Moyshe-Leyb Halpern (1886-1932) is best known as the most innovative and ironic of the modernist Yiddish poets. Closely associated with the group of poets known as Di Yunge (The Young Ones), Halpern was the author of several verse collections, including “In Nyu York” (“In New York”) and “Di Goldene Pave (“The Golden Peacock”). 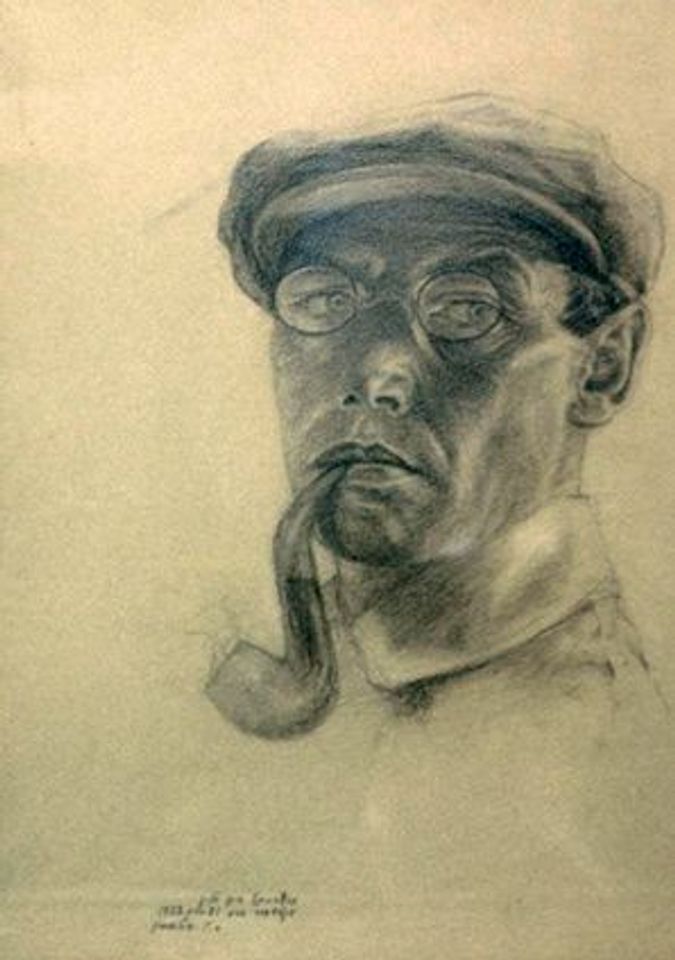 Less well known, however, is that Halpern was also a brilliant visual artist. According to his son Isaac (Ying), whom I interviewed in phone calls and e-mails exchanged in 2005 and 2006, Halpern drew and painted from his childhood apprenticeship to a sign-painter in the Galician shtetl of Zlotchev through his teenage years in Vienna, where he was apprenticed to a commercial artist. What survives of Halpern’s art is a diverse collection of realistic graphite portraits, oil paintings and a group of objects painted in an ironic, faux-folk, modernist mode. While Halpern’s portraits of his wife, his son and himself display the poet’s skill and training as a representational draftsman, the poet’s rarely seen modernist paintings and constructions have a whimsical irony, irreverent wit and oddly moving beauty.

Halpern’s art imaginatively restructures memory and culture, yet I wonder what will become of these fragile, unique works. The story these images on furniture and fabric tell connects them and their poet-maker to the larger questions of the place of Jews in modern art and literature. Who will preserve these objects so that they can be seen and understood by future generations? Like the Yiddish language itself and the poems that Halpern and his contemporaries wrote, these unusual works are far from mere curiosities. Their beauty and integrity give us insight into the life of a Jew who, like many of his generation, arrived a century ago with nothing and, despite poverty and instability, made a glowing treasure for his own family and for his culture from the vision of possibility within his artistic imagination. 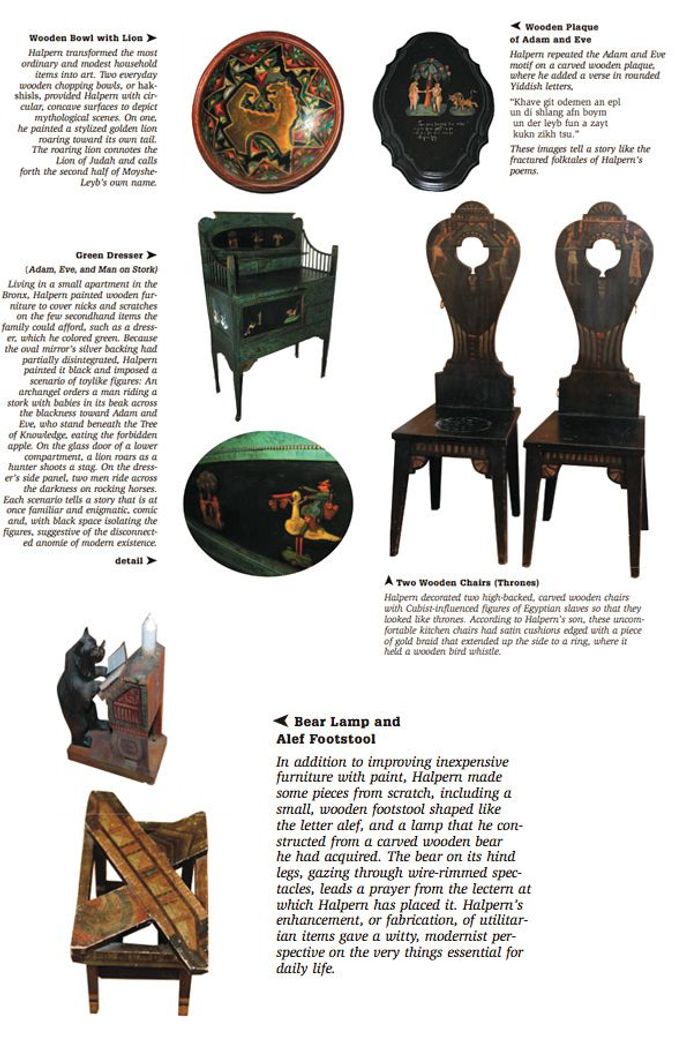