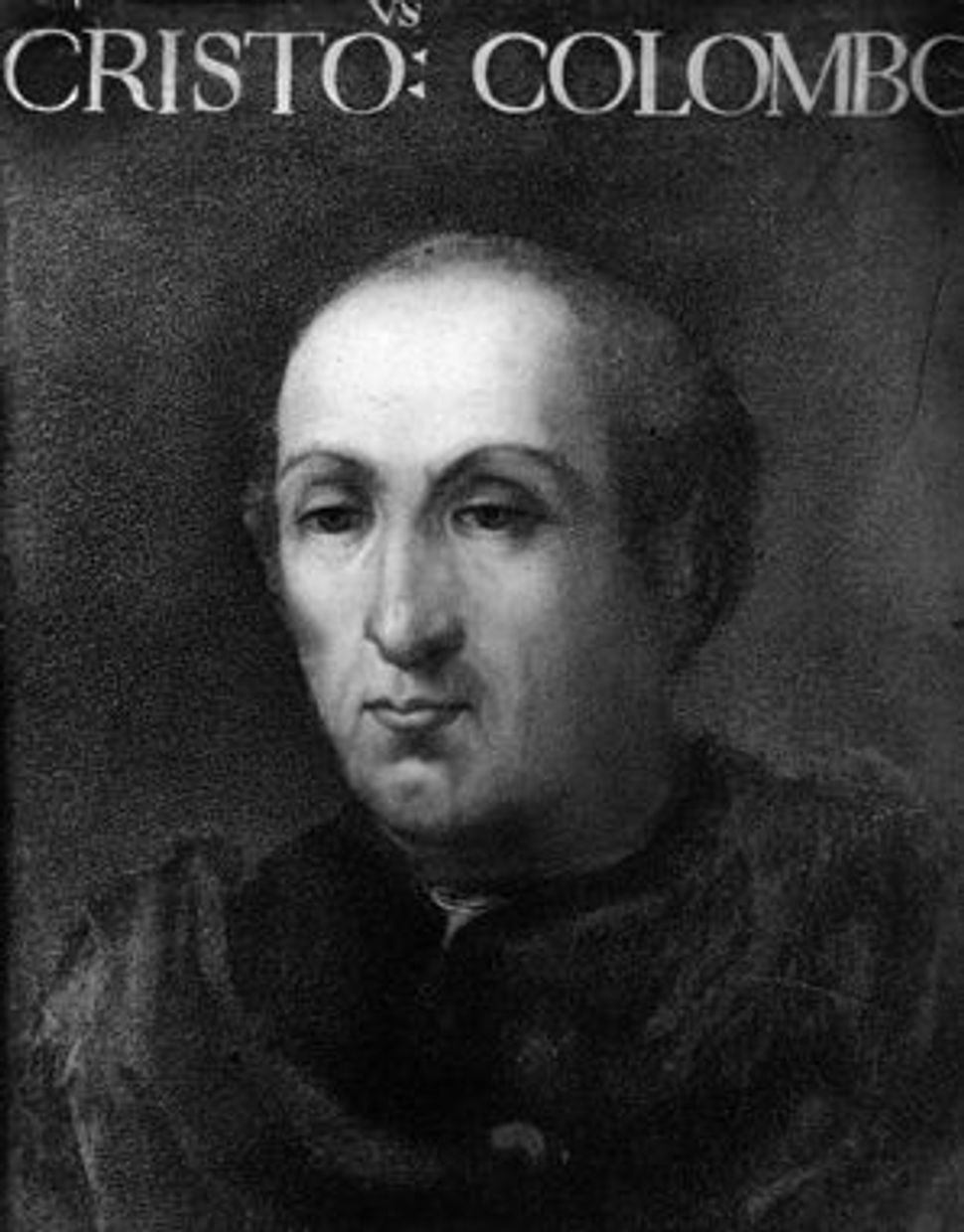 Claims that Christopher Columbus was Jewish have been circulating for years, though they’ve generally been confined to the rarified realms of medieval history departments and those few obsessed with the Discoveries period. Even Simon Wiesenthal believed Columbus was a Jew; in 1973, he published a book on the explorer, “Sails of Hope,” and quipped that American Jews might someday celebrate three holy days each year: Rosh Hashanah, Yom Kippur and Columbus Day. 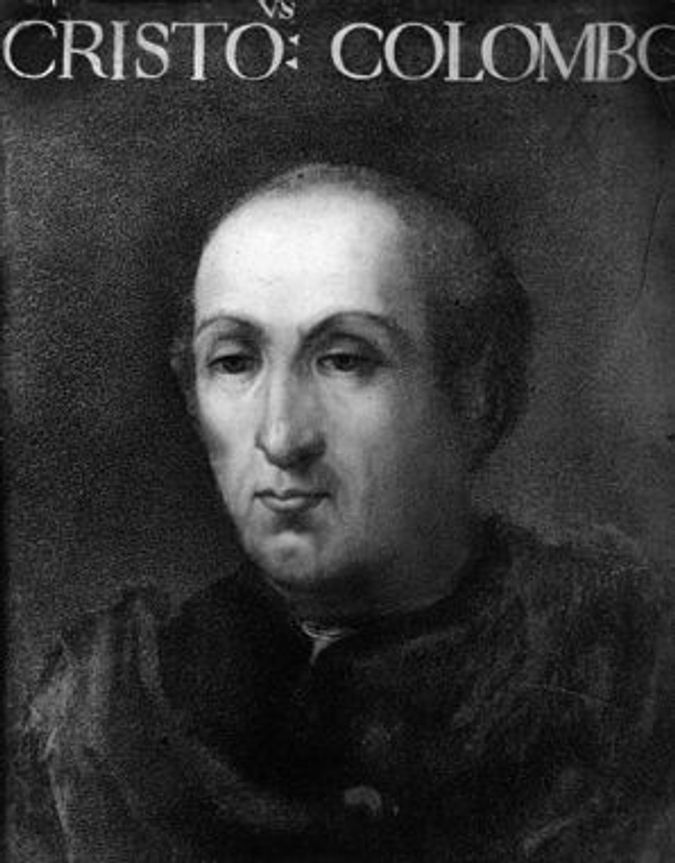 This month another book on the subject has just been published: “Codex 632” (William Morrow) by José Rodrigues dos Santos, a novel that forges new ground by bringing this theory to a more general public — and also posits Columbus was a Portuguese Jew, or Marrano. On the eve of its publication in the United States, Santos — an anchorman for one of Portugal’s nightly news broadcasts — invited a group of American journalists (myself included) to Lisbon to retrace the steps of Santos’s protagonist, Thomas Noronha, an expert cryptographer who was hired by the mysterious Americas History Foundation to unearth Columbus’s true identity in exchange for a huge sum of money. This being after another historian, Martinho Toscano, died unexpectedly while working on the project. Much of the book entails Noronha’s ingenious decodings of Toscano’s cryptic notes.

“I’m not saying that I’m totally sure that Columbus was a Portuguese Jew,” Santos said. “What I’m saying is that his being Portuguese and Jewish sorts out most of the mysteries regarding his life. All historians will tell you that Columbus tried to hide his origins. If he was Genovese, as the history books like to tell us, why would he do that? But if he was a Portuguese Jew in Spain, he had very good reason to hide his origins.”

The author spent five days with us in Lisbon and its surrounding towns, whisking our group between locations that appear in “Codex 632” and those that hold meaningful historical relevance to the period. The morning after our arrival we visited Jerónimos Monastery, considered the most impressive symbol of Portugal’s power and wealth during the Age of Discovery. Built on the site where Vasco da Gama and his crew spent their last night before journeying to India, it was constructed in 1502 to commemorate this voyage. In “Codex 632,” Noronha visits the monastery with Moliarti, a member of the Americas Foundation, and decodes one of the ciphers in Toscano’s notes: Moloc Ninumbia omastoos. (Hint: Moloc is colom back to front, and Comom, Colonus, Colomo, Colon Colón, Guiarra and Guerra are among the names used by the famed discoverer. Oddly enough, there isn’t a single historical document that refers to him as Columbus.)

Later that day we were brought to Sintra, a charming hill town outside Lisbon. Sintra’s attractions include the Quinta Regaleira — described in “Codex” as “a mysterious, haunted mansion, lost forever in time.” In the novel, Noronha meets Moliarti at Quinta Regaleira to discuss further leads, one of which is that Columbus’s writings are in portuñal, a blend of Spanish and Portuguese. He then provides Moliarti with, of all things, Wiesenthal’s book on Columbus.

Santos walked the group of us through the palace’s lush gardens, following the exact path of his characters. What at first appeared to be a stone wall was pushed by Santos and became a hidden door to what looked like a deep well with spiral steps leading to the bottom. I agreed to go down the narrow stone steps first, and the others followed along. Just as in the book, the steps were wet and the walls were moist and covered in moss; our voices echoed. We then ventured through a dark cave until reaching a path that forked in two. “Left or right?” Santos queried, mirroring what Noronha asked Moliarti in “Codex 632.” Everything in the novel, as well as on our trip, even a walk in a garden, became a puzzle to be solved.

“In those days, everything was hidden; to reach the truth about Columbus, you need to solve the riddles he left,” Santos said in an e-mail sent to me after the trip. “Right or left? Jew or gentile? Nobleman or plebeian? Portuguese or Genovese? India or America? Portugal or Spain? Kabbalistic signature or Catholic signature? All riddles…..”

“Codex 632” was initially published in Portugal in 2005 and was a best-seller in Europe and Brazil. And though Santos completed his book a number of years ago, it has not halted his relentless quest for the truth. Just the other day I received an e-mail from him with a link to an essay by Gunnar Thompson, director of the New World Discovery Institute in Port Townsend, Wash., claiming that a recently rediscovered Portuguese map of Florida’s peninsula had been hidden in Chicago’s Newberry Library for more than 30 years. The map is purportedly from 1436, almost a century before the Sunshine State was officially named by Ponce de León. “The discovery of a map that proves that the Portuguese knew about America almost 60 years before Columbus’s journey is a key clue,” Santos wrote. “It means Columbus knew about America. It means we’ve been told the wrong story.”

Suzan Sherman has written for The New York Times, The New York Observer, Bookforum, Bomb and the Forward. She is completing her first novel.