Yiddish To Ease a Worried Mind: A Forverts Scrapbook 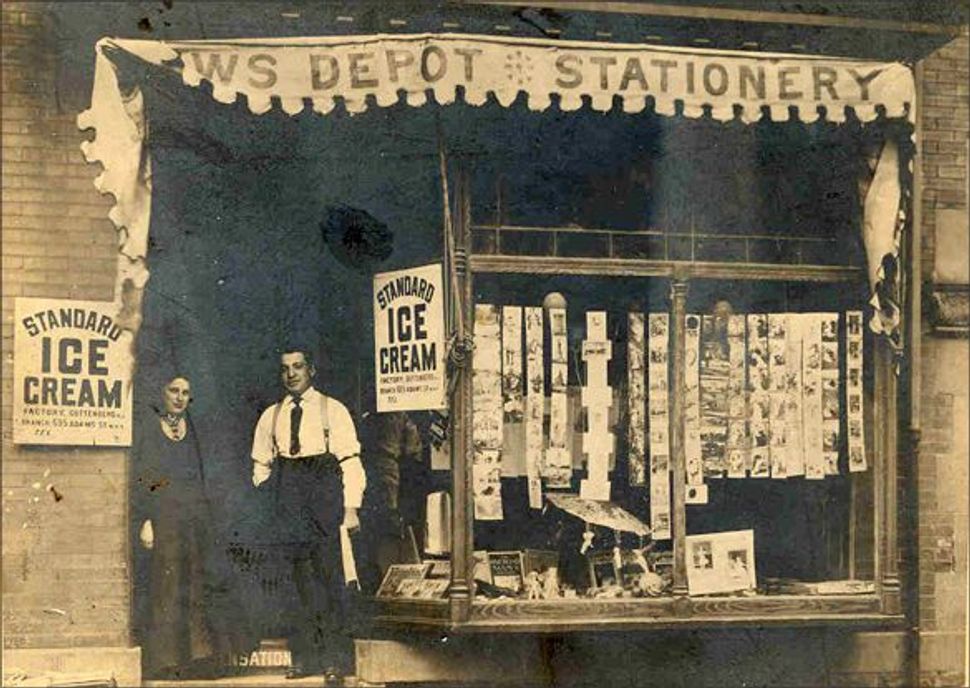 From April to November of last year, the Museum of the City of New York featured an exhibit on the history of the Forward. When Jaime Rubin, director of medical research at Columbia University walked through the show over the summer, she realized that her family also had a contribution: her grandfather’s Forverts clippings scrapbook, a treasure hidden in plain view for the non-Yiddish reader.

Luckily for us, she brought Hyman Rubin’s collection to our attention. Rubin, originally of Pruzhany, Russia (now Belarus), walked out of the tsar’s army and kept on going until he reached Hamburg, where he watched the first ship he planned to sail on go up in flames. His luck held out, though, and he managed to find another ticket and another ship. Arriving here near penniless in 1903, he soon operated a candy and stationery store in Union City, N.J., with a newspaper route to run each day at dawn before the shop opened. Hard work and success enabled him to bring over seven siblings and both his parents. He eventually established a greeting card company, using his own photographs as material for the postcards he sold, and later went on to become a broker of candy and stationery stores. Throughout, he consistently donated to the Workmen’s Circle/Arbeter Ring and Forverts funds.

All the while, he wrote in his favorite newspaper — and kept the results. The clippings date from 1946 to 1951 and are composed of Rubin’s “letters to the editor,” excerpted and republished in various Forverts articles, receipts from donations, and correspondence between Rubin and our editorial staff. An active — and activist — reader, in many ways Rubin typifies the Forverts legacy popularized in the Bintel Brief’s exchange of words between editor and reader. But Rubin pushed the Bintel Brief one step further by responding to a published response, which was then also published.

No event was too insignificant for him to write in about — from a welcome home party for a returning soldier to an attempt to fundraise for refugees at a (newly) middle-class wedding reception. His Forverts submissions depict skeptical detachment from American-born Jews, who seem to him to suffer both a lack of history and a surfeit of entitlement. He has trouble with the purposely relaxed individuals he sees at a Castkills resort. (There, as he tells Forverts readers in one letter, his vacation was disturbed not only by his fellow card-playing nonintellectuals but also by his own inability to elicit a Yiddish conversation… coupled with the impossibility of locating a copy of the Forverts there or anywhere nearby.)

In that episode, published in 1949, Rubin’s writerly side emerges as he romanticizes the beautiful orchards of the Catskills fading out in a flashback and fading back in as the fruit trees of his shtetl youth. “My greatest pleasure used to be when my mother and father would let me sleep out there in order to guard the cherry, apple and pear trees from the vandals who would try to steal them overnight,” he wrote. “And now, my parents have long since passed away. My shtetl Pruzhine in Grodno has been wiped off the map — and of our house and orchard there remains no trace. I would have loved to ease my worried mind a bit by reading a Yiddish newspaper but none of the other guests read Yiddish.”

Now, thanks to Rubin’s responsive reading of the Forverts and his commitment to posterity, we have a bit more Yiddish to read. 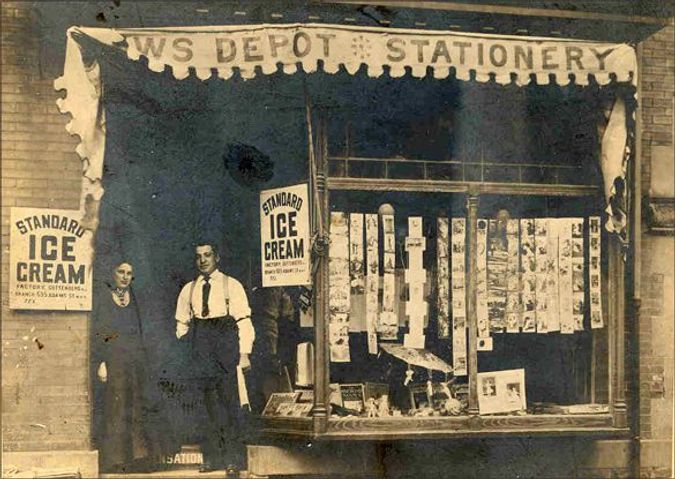 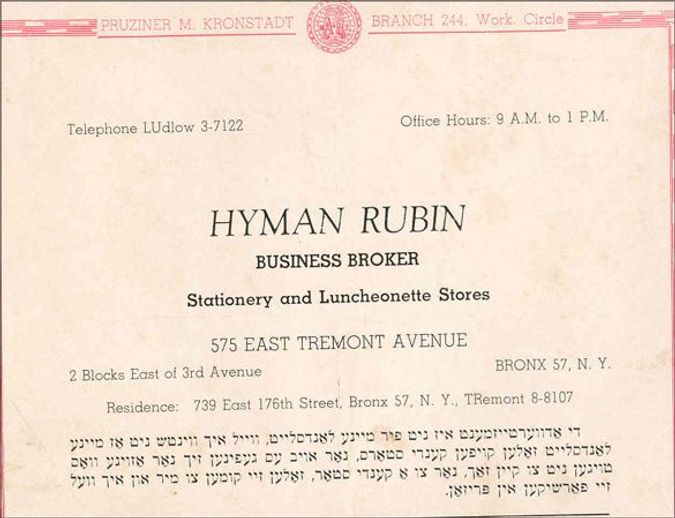 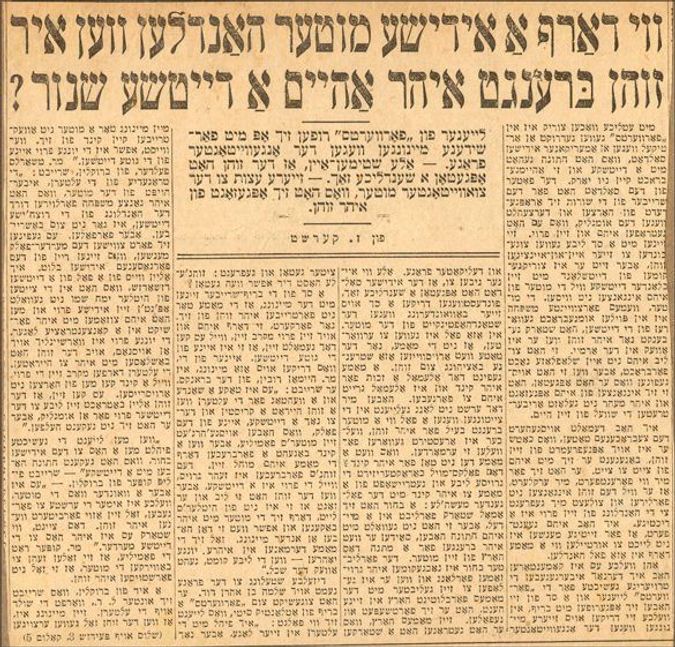 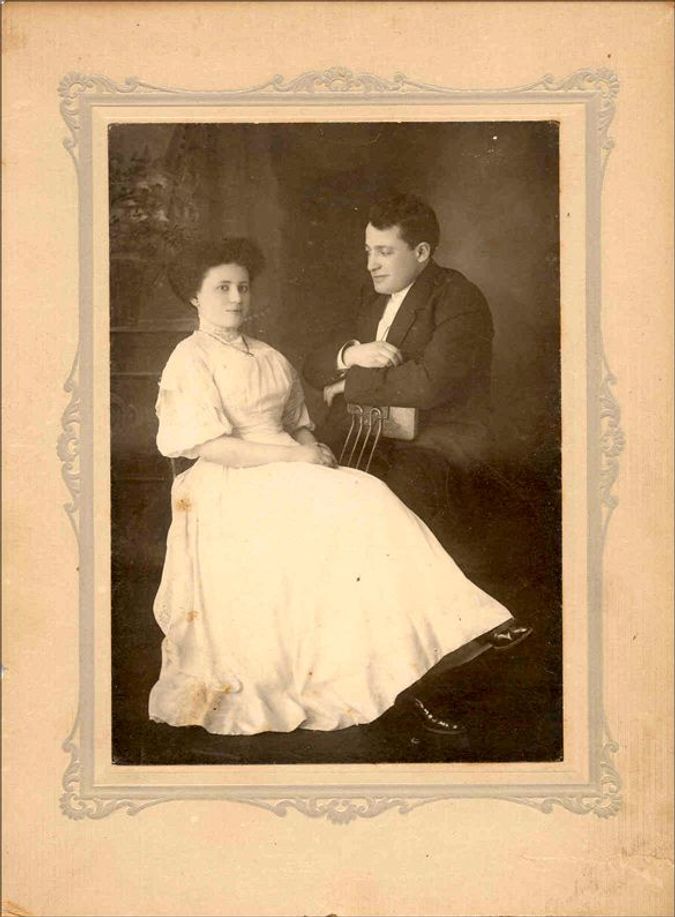 Chana Pollack is the archivist of the Forward Association.

Yiddish To Ease a Worried Mind: A Forverts Scrapbook