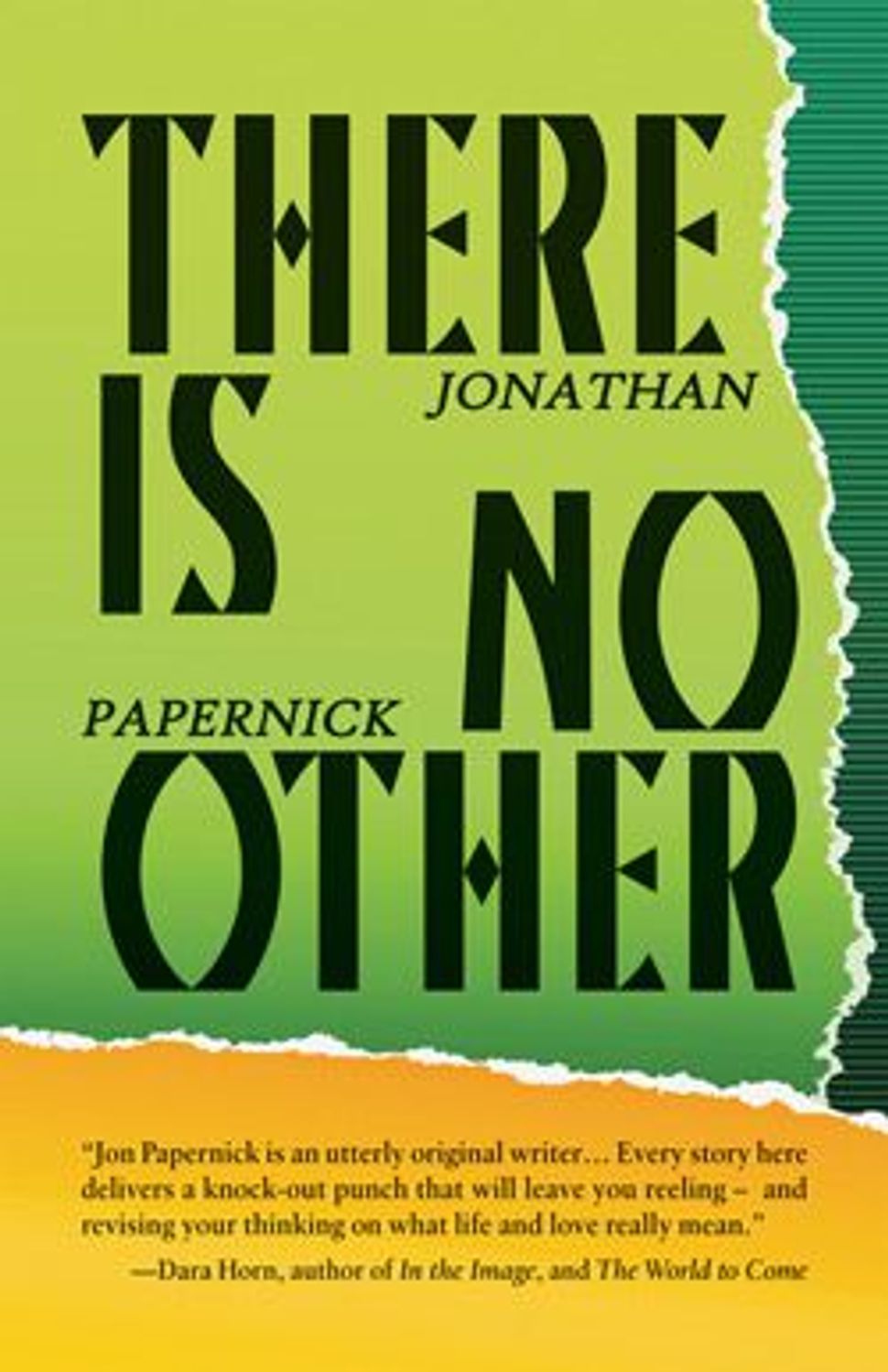 A little girl on a kibbutz is born pregnant and believes that her baby will be the Messiah. A Haitian-Jewish student comes to school on Purim in Muslim garb… with a bomb strapped to his chest. An image of the Virgin Mary appears in a synagogue before the High Holy Days. 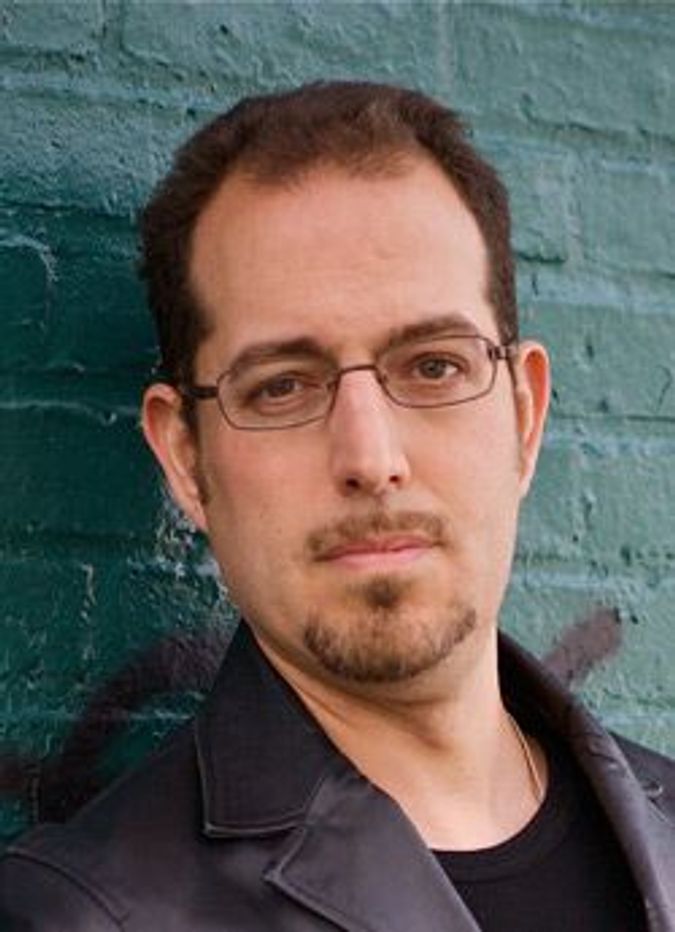 Such scenarios set the tone for “There Is No Other,” a short-story collection that employs fantasy and humor to probe substantial questions of religion, culture and identity. Throughout the book, absurd situations and jokes simultaneously lighten and amplify the existential crises of parents and children, couples and singles, and teachers and spiritual leaders as they struggle to negotiate their respective places in the world.

“There Is No Other” takes its title from the Aleinu prayer, where it emphasizes monotheism. Ironically, given this context, religious ambivalence plagues many of the characters. While the backdrop is contemporary, with references to September 11, the Iraq War and the Israel-Palestine conflict, the stories raise universal questions: What is love? Can people of different faiths understand each other? What role does God play in the modern world?

A Toronto native, Papernick sets his stories in New York, where he attended graduate school; Israel, where he was a journalist in the 1990s, and Boston, where he now lives. In each place, he highlights the fragile co-existence between Jews and non-Jews. Often, he uses stereotypical characters as a way to comment on hypocrisy, shallowness and materialism, then ruptures their “stereotypicality.” The effect is to acknowledge the uses and abuses of stereotypes in shaping perceptions, especially across religious and cultural lines. 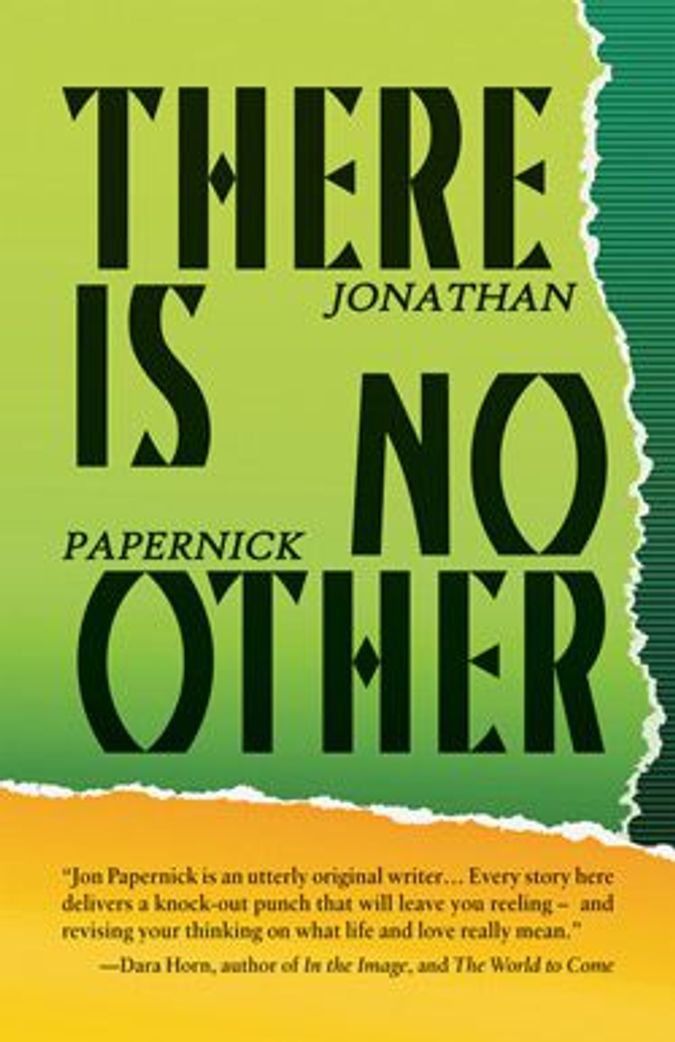 Most of the protagonists of the nine stories are Jewish. Many are men and women about 40 years old (like the author) who are feeling the responsibilities and challenges of approaching middle age. Several, though, are adolescents whose desire for rebellion goes hand in hand with a paradoxical need for acceptance. These younger characters showcase Papernick’s ear for dialogue and his knack for adult epiphanies that emerge from the insights of youth.

Papernick moves with ease around history, high culture and pop culture. He shuttles especially tellingly between Jewish and secular culture: from the Holocaust to Harry Potter, from brit milot to Britney Spears, from Moses to Robert Moses, from Yiddish oys to punk rock oi oi ois. And throughout, he fuses the sacred and the profane. In the title story, the student suicide bomber announces his arrival as follows: “I am the Prophet Muhammad, cocksucker.” Another character thinks that: “an embryo sounded like some sort of burrito and that the birth canal was where Moses had been born in the reeds.”

Such high-low humor is the hallmark of Papernick’s style, which is characterized by unadorned prose and a casualness that belies its sophistication. His writing recalls the work of Steve Almond, who blurbs the book and whose deadpan delivery Papernick channels:

Her parents were four hours up the Interstate celebrating her baby cousin’s bris in Albany, and the new boy from English class, who quoted Nietzsche to the impertinent Miss Meade, sat shirtless on the orange rec room couch. Breath laced with cooking sherry and Marlboros, he was irresistible.

There’s plenty of sex in these stories, and like Philip Roth in “Goodbye, Columbus” or William Styron in “Sophie’s Choice,” Papernick finds drama in interfaith attraction. “Skin for Skin,” concerns a Jewish girl unnerved by the cross on her boyfriend’s neck and by his uncircumcised penis. “Now in the dim light she saw it clearly against his livid thigh, and it shocked her more than the appearance of the crucifix, like the emergence of a sea monster from a bathtub.” In “My Darling Sweetheart Baby,” a man confesses his love to a streetwalker shiksa with whom he has been obsessed for decades. In “The Miracle Birth,” an Israeli woman is haunted by memories of her aborted child and its Arab father.

Beneath the veneer of irreverence, Papernick has lofty concerns. In the final story, “The Last Five-Year Plan,” a real estate mogul hatches an Israeli-Palestinian baseball league as a path to peace. Elsewhere, the voice of the author seeps into a character who says, “But seriously, the only thing people want to read these days is clever irony, and this lack of gravitas pisses me off.” Beyond irony and cleverness, Papernick campaigns for tolerance and belief in something ineffable, as in the scene when the priest says to the rabbi (not a joke): “Anything that inspires reflection, thoughtfulness, and devotion is a good thing.”

Keith Meatto is a writer and teacher living in Brooklyn. He co-edits the website Frontier Psychiatrist, where he writes about music, cycling and culture.