A Select History of the Elect 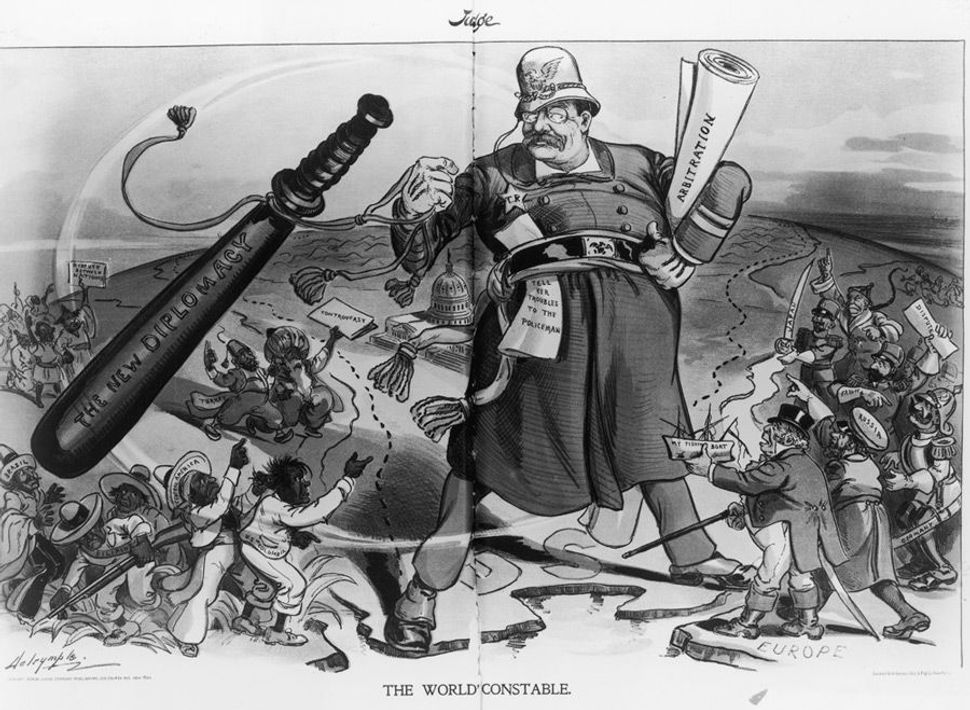 We?re So Chosen: Teddy Roosevelt revels in what he saw as America?s God-given power. Image by GETTY IMAGES

The Chosen Peoples: America, Israel, and the Ordeals of Divine Election
By Todd Gitlin and Liel Leibovitz
Simon & Schuster, 272 pages, $26

If the Torah is to be believed, divine election is a series of mounting responsibilities and burdens. When God first talks to Abram, it is to announce to this obscure, aging tribesman that he will sire a “great nation” that will inherit the land of Canaan. Later, to mark this promise, Abraham must circumcise every man in his household (try explaining that to the servants). Finally, he must prove his fealty with his willingness to sacrifice his own son. 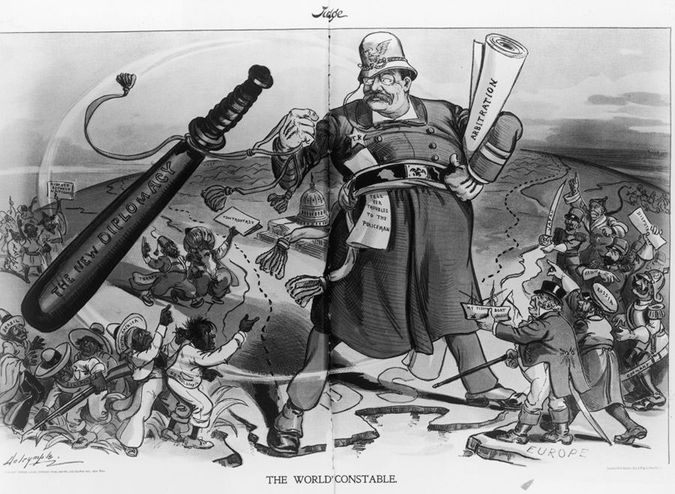 We?re So Chosen: Teddy Roosevelt revels in what he saw as America?s God-given power. Image by GETTY IMAGES

In the desert, God chooses Abraham’s descendants for a riskier covenant. If the Israelites follow His commandments, they will be “a light unto nations” and blessed with abundance. If they stray, God will smite them into “a horror unto all the kingdoms of the earth.” Considering the downside, one might ask why the Israelites would agree to the bargain. Nevertheless, what started as an unconditional gift ends as the weight of the world.

Despite these complications, many groups still find “chosenness” irresistible. Christianity supposedly abrogates the Mosaic Covenant, which frequently has led its own offshoots (like the Mormons and Jehovah’s Witnesses) to proclaim themselves “the new Israel.” Divine election is also incorporated into a national myth: Many Poles, for instance, have seen their country as “the Christ of nations,” chosen to suffer for some globally redemptive purpose.

But when it comes to conflating divine election with politics, two nations are far ahead of anyone else: the United States and Israel. This ancient idea has long informed (or infected) the polity of both places. To this day, it has a strong influence. The question (to modify the cliché) is whether this identification is good for Americans and Jews. In an intriguing new book, “The Chosen Peoples: America, Israel, and the Ordeals of Divine Election,” Todd Gitlin and Liel Leibovitz explore this question, looking to understand how each nation has been “guided, burdened, and haunted” by its chosenness.

They begin with Israel before it was a nation, with the mysterious covenants of the Bible. Their exegesis stays close to Torah; there’s little Talmud or midrash to illuminate these difficult passages. Instead, the authors unhelpfully suggest that mysteriousness is the point: “Perhaps inexhaustible strangeness is the portal to sacredness.”

Then, after a quick tour through chosenness as a concept in rabbinic Judaism (and the lack thereof in the Haskalah), it’s on to Zionism. Gitlin and Leibovitz contend that Zionism, “ostensibly a secular movement,” has a long streak of messianism. And “once the state was established, its messianic ideals could not be suppressed.” Especially after the 1967 war, and the occupation of the West Bank and Gaza. For Israeli “zealots” — that is, settlers — the surprise victory was confirmation of the Jewish right to the Promised Land.

The messianic strand of Zionism is hardly a hidden one, and others (most notably Jacqueline Rose) have teased out more nuanced insights than Gitlin and Leibovitz. These authors, however, do pose a question that I’ve often wondered about: Why has the Israeli government allowed so many settler communities, with their ridiculous biblical certainties, to take root? “The answer must have something to do with the spiritual hold exercised by the settlers,” they write. “The secularists yielded to the messianists because they sensed, even if they couldn’t admit it, that the messianists expressed some deep Jewish truth — hidden, essential, eternal.” I find this answer unsatisfactory. Couldn’t we just as easily say that the secularists yielded because of their own expansionist motives or because of parliamentary politics?

Actually, the authors’ emphasis on extremism, while informative, highlights what’s missing from the Israel section of “The Chosen Peoples.” We don’t get a sense of what being chosen means to secular Israelis or observant Israeli moderates. (Surely one or two of the latter remain.) The authors make a case for the religious underpinnings of Zionism; they provide examples of “messianic manifestations” in centrist politics and popular culture; then they state that “most Israelis and secular Jews dismiss [chosenness] as irrelevant to their future — even an embarrassment.” I am dubious about this assertion. I wonder if secular Israeli Jews, like their American counterparts, do indeed feel a kind of vestigial exceptionalism. While it may not manifest in a desire to live in “Judea and Samaria,” it may exist; and these inchoate feelings, too, may have political consequences.

The American section has similar strengths and elisions. I was fascinated by the discussion of messianism in early America, the sense of divine mission shared by the Puritans and others “of varying dispositions… up to and including the Founding Fathers.” I was especially interested in how the religious awakenings of the 18th and 19th centuries demonstrate a religio-cultural pattern that continues to this day — just as Teddy Roosevelt’s admixture of exceptionalism and racism has echoes, to my ears, in present-day Arizona.

It is remarkable to learn how many American presidents have referred to chosenness. And it is equally remarkable to see how vague and malleable the idea can be. Harry Truman avowed that “God has created us and brought us to our present position and strength for some great purpose”; Dwight Eisenhower saw that purpose in the Cold War. Jimmy Carter disavowed the notion of American chosenness, but he wanted America “to set an example for the rest of the world” through its support of human rights. Ronald Reagan believed in some vague, hopey divine plan for America, and talked of his Christian eschatological beliefs. But more than any other president, George W. Bush “probably… lived closest to a sense of messianic vision and an End Times mystique.”

Thus, as with Israel, the authors do prove that the United States has a strong history of exceptionalist beliefs. And, as with Israel, Gitlin and Leibovitz don’t seem that interested in exceptionalism beyond political rhetoric or the history of ideas. Granted, in America this idea is so protean that it’s almost meaningless. Neither the presidents nor the authors distinguish exceptionalism much from messianism, eschatology and divine election. Still, one wonders just what ordinary Americans now feel about it.

Despite my reservations, “The Chosen Peoples” is a valuable addition to the public discussion of religion and politics (or religion in politics). And I don’t mean to be dismissive when I say that the book is brisk and entertaining. But I remain a little confused about what Gitlin and Leibovitz are trying to say. In fairness, they state that their goal is only “to ruminate and to understand.” And yet their secularist perspective often evinces a distaste for the idea of divine election, suggesting that we’d all be better off without it. Nevertheless, they end the book by arguing for a more tempered, questioning kind of chosenness, an Israel “that governs itself with a keen eye for justice and mercy,” and an America that remembers Lincoln’s concept of “an almost chosen people.”

I’m with them on that, if only to keep the zealots from having the last word on the idea of chosenness. But I’m not optimistic about “subtler, deeper, more constructive uses of the past” making much headway in America or Israel. In any country, the conflation of religion and politics less often leads to subtlety and more often to smiting.

A Select History of the Elect