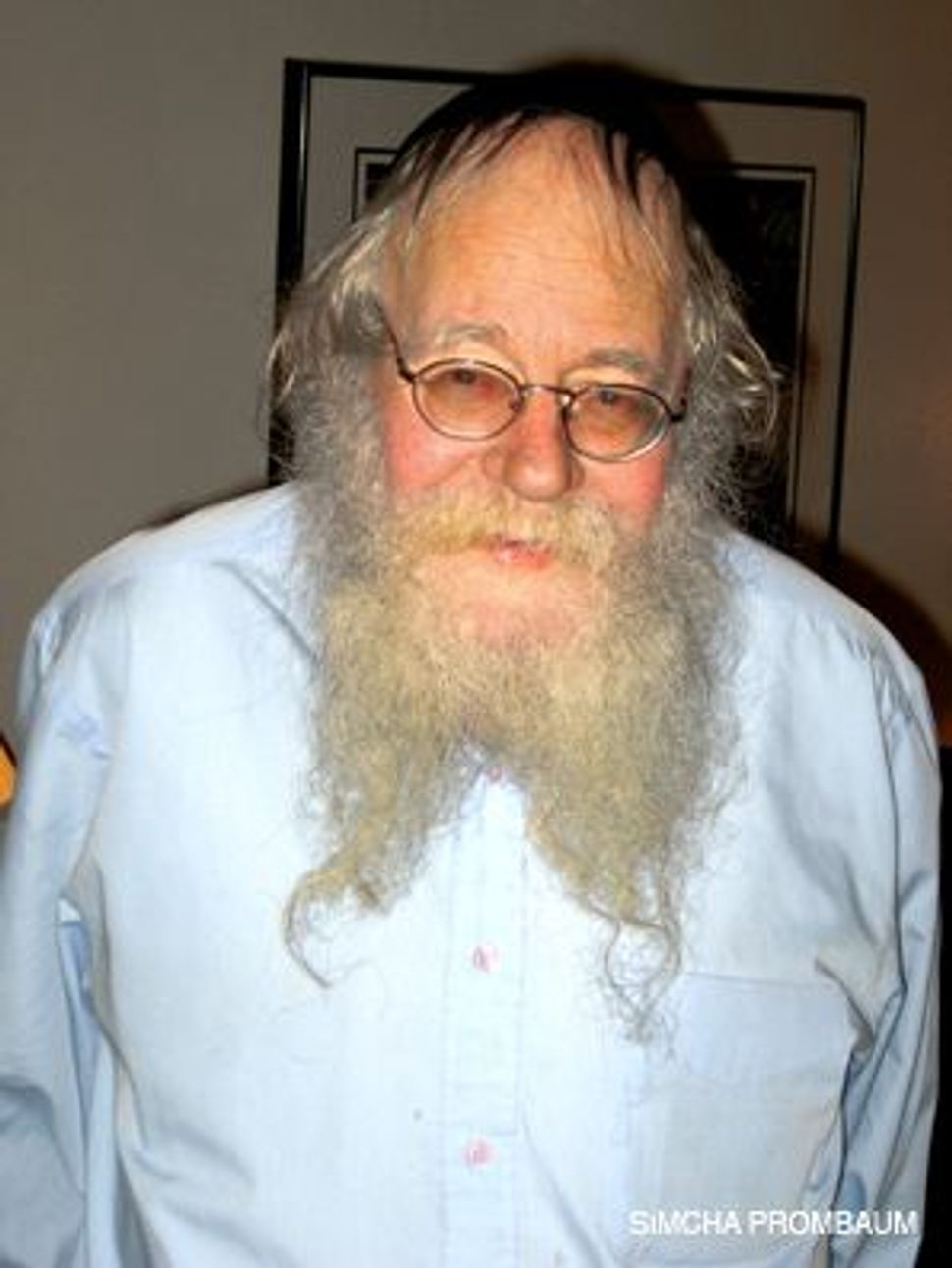 Rabbi Elazar ben Azariah, the brilliant young sage from the generation following the Second Temple’s destruction, likened himself to “a man of 70” in the Passover Haggadah. If ben Azariah were alive today, his role model for wisdom might very well be Rabbi Adin Even-Israel Steinsaltz. 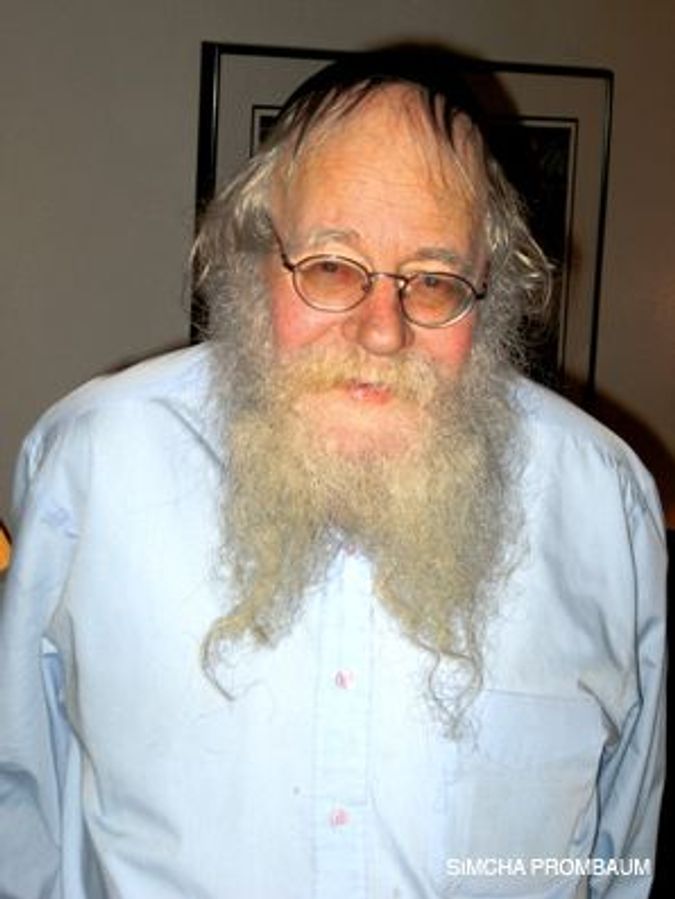 At 70, the indefatigable Steinsaltz — renowned Jerusalem scholar, philosopher, social critic, educator, author and Sanhedrin president — travels the world over, “trying to do something useful in every place.” Hailed by Time magazine as a “once-in-a-millennium scholar” for his innovative commentary and translation of the Talmud into Hebrew and other languages, Steinsaltz received the Israel Prize, the country’s highest honor, in the field of Jewish studies, in 1988. Today, he presides over a chain of schools in Israel and in the former Soviet Union.

“And there is always something else to do,” Steinsaltz told the Forward. “I have writing plans for about another 150 years.”

It’s that hectic season again, when Steinsaltz and Jews everywhere will busy themselves with Passover preparations. Nonetheless, he graciously agreed to speak with Simcha Prombaum for an interview of “four questions” in honor of Passover. His answers may serve as a stimulus for meaningful discussions around the Seder table.

Simcha Prombaum: In the Passover Haggadah, the Four Sons represent an archetype for the need to adapt Jewish educational efforts and methods to the needs of the students. In America, there are many different educational outreach initiatives: day schools, summer camps, Birthright, etc. Which of these initiatives have the best chance of producing the kinds of Jewish role models we will need for the future?

Adin Steinsaltz: An important question one has to ask about every educational experience and every educational experiment is “What do you remember?” The basic point is not “What should we do?” but “What is the outcome?” Which means you cannot rely on a one-time experience or a shorter experience. Any kind of stable educational system has better chances. The school system can be very effective if it is good. But there are problems attached to it. You can transmit some knowledge, but not too much knowledge, in school. And when you are staying in the school, especially in a Jewish one, it becomes a matter of enduring rather than enjoying. That’s a problem.

S.P.: In the Haggadah, we read: “And this same promise has stood by our fathers and ourselves. For not only one man has risen against us, but in every generation there are those who rise up against us to destroy us. But the Holy One, blessed be He, has delivered us out of their hands.” When you recite these words at your own Seder in Israel, is it an overt regional threat like [Iranian President] Mahmoud Ahmadinejad that comes to mind, or is it some less apparent but equally dangerous threat that is in your mind?

A.S.: Sometimes the dangers are obvious, sometimes there are other dangers. In some places there is a clear physical danger. In other cases, you will have life but nothing remains of it. Sometimes that is the biggest danger. Look at a family. In 50 years, how many will remain inside the family? Assimilation and intermarriage are now the dangers that face Jewry in America, more than most other dangers, and they are not completely novel ones. People think these problems are completely new. They are not. There were ages like this in the past. And we had to do something about it with whatever means we had.

S.P.: The Haggadah puts forth the following personal challenge: “In every generation, a person is supposed to see himself/herself as if he or she had personally gone forth from Egypt.” The Hebrew for Egypt, Mitzrayim, comes from a root suggesting “narrowness.” What is an example of a narrowness of thinking from which we need to break free?

A.S.: The Haggadah is basically optimistic, stressing a great amount of hope; it is not usually a recitation of our shortcomings and problems. It looks at the spiritual redemption [ge’ulah] and says that it won’t stop. But people can’t be just optimistic. I think that is one [narrowness]. We have to be aware that there are problems and do what we can to resolve them. There must be hope on the one hand and effort on the other. What do you do when you have a flat tire? You can stand there and hope it will heal itself. You hope that some people will help you. But you can’t just stand there and say, “Okay, an angel will come and take me away from it.”

S.P.: The Passover Seder ends with a wish: “Next year in the rebuilt Jerusalem.” As a native-born Jerusalemite who has seen the division and reunification of the city in his lifetime, do you believe Israel’s government will actually divide it once again as a concession for peace? What concessions should Israel be willing to make for peace?

A.S.: The Israeli government cannot do everything one-sided. I don’t know what will happen, but we don’t seem to get to a final agreement by conceding another piece of land. The major historical view of the Arab nations is that we are like the Crusader state: We came, we established some kind of a place, but eventually we are going to leave it. If we agree to it, we have to move and that’s the end of it. It’s a complete solution. If we want to stay, it means that we can concede points. The fact that there is or will be some kind of an Arab state in Eretz Yisrael is not a simple thing that everyone understands. It is a concession, and there are many others that we are doing all the time.