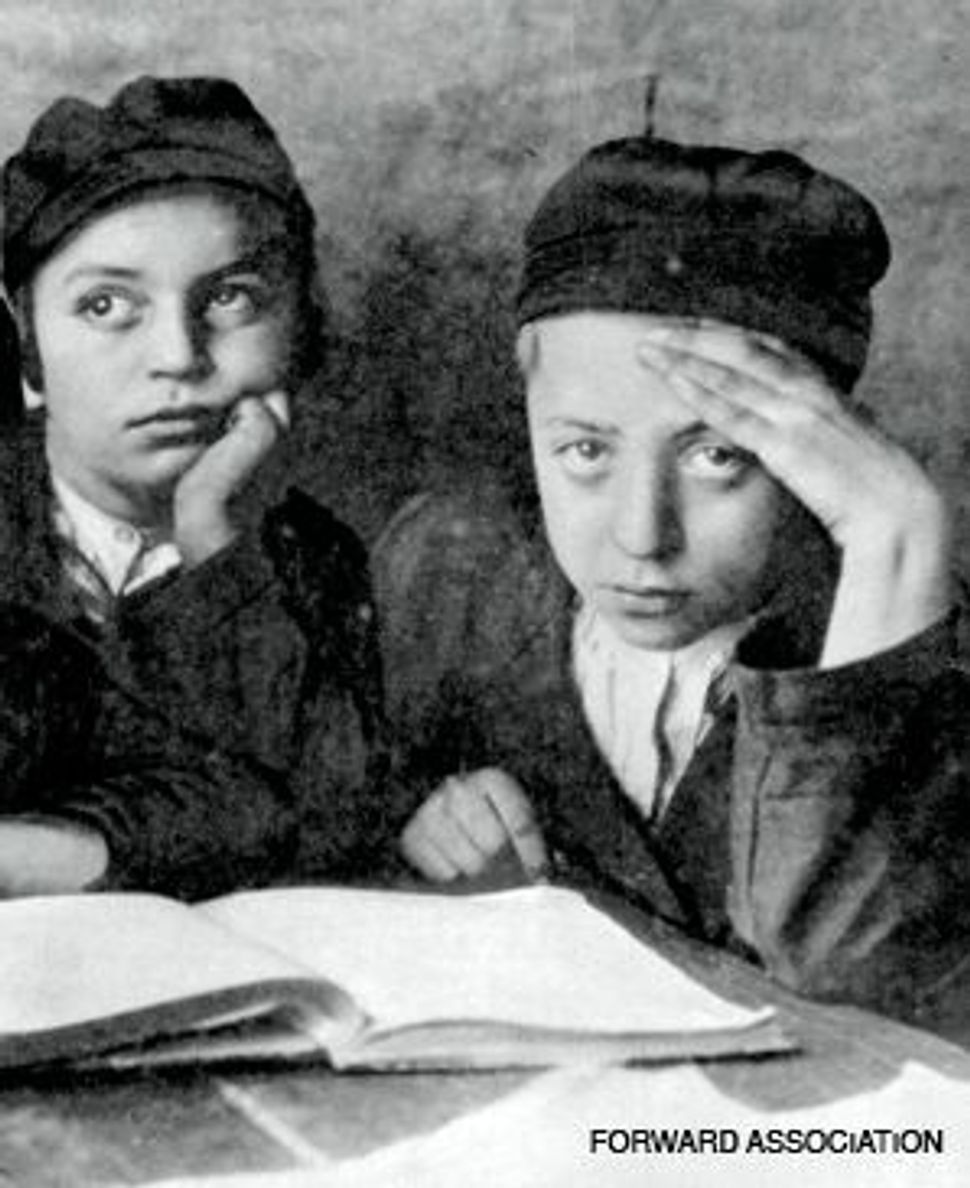 The Life of Jews in Poland Before the Holocaust 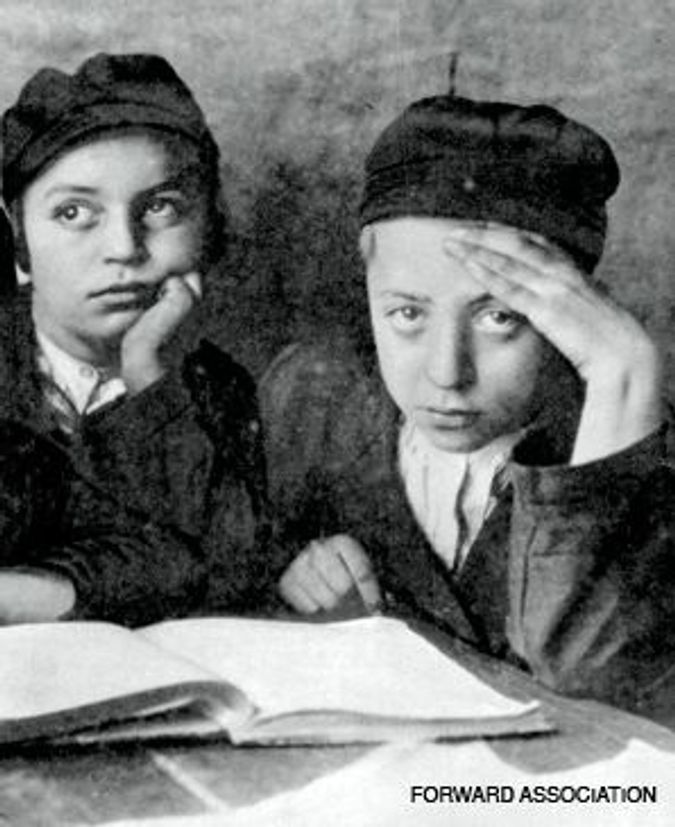 Among its many gifts, Ben-Zion Gold’s modest and moving chronicle of a Hasidic boy coming of age in pre-Holocaust Poland affords readers a bracing reprieve from the cynicism generated by a recent plague of phony, self-aggrandizing memoirs — from James Frey’s hair-raising tall tale of addiction, “A Million Little Pieces,” with its “Marathon Man”-inspired nonsense of undergoing dental surgery without anesthesia in a Nazi-style rehab center, to Binjamin Wilkomirski and Misha Defonseca’s Holocaust hoaxes.

Gold’s achingly sad and hauntingly understated recollections of his life as a pious, searching Jewish child in the central Polish town of Radom are, in every literary and psychological respect, the very antithesis of the bravado that characterizes this spate of fraudulent memoirs flooding the book market. There are no harrowing tall tales of bravery in the ghettos, or of heroically outwitting the SS men and kapos in the camps. Aside from a single chapter concisely chronicling the final days before his liberation, Gold evinces no interest in adding yet another horrifying Holocaust memoir to the already vast library of that important genre. Quite the contrary, as he makes clear in the preface, his goal is to give American-born Jews some sense of the richness of the vanished Yiddish civilization that was Polish Jewry. And Gold achieves that goal with a still small voice narrating a happy Jewish childhood in a loving home, and by sharing his struggles to find his place in the turbulent, confusing and enchanting Jewish world of inter-bellum Poland.

Gold’s narrative style manages to charm and sadden simultaneously, as is appropriate for a memoir that begins with the innocence of a serenely pious childhood and ends with the author’s struggle with the great existential and theological questions generated by that childhood’s violent destruction. His deliberately imperfect resolution of those agonizing questions ultimately enabled Gold not only to survive physically but also to lead a meaningful life and pursue a long, successful career, inspiring generations of Jewish students at Harvard, where, for more than 40 years, he served as Hillel’s director and campus rabbi. (It was here that he and I first crossed paths, when, as a graduate student at Harvard, I took Gold’s seminar in Chaim Grade’s epic Yiddish ballad, “Mussernikes.”)

This book was initially not intended for publication but rather conceived as a private memoir for Gold’s two daughters, who were raised in Cambridge, Mass. — environs about as far from that of their father’s formative years in Radom as one can imagine. Thankfully, Gold’s decision to publish does not appear to have at all diminished the intimate charm and warmth that one might expect of a private parental memoir.

In recalling what the observance of Sukkot was like for him and his four siblings — all of whom, together with their parents, were dead by the war’s end — Gold writes: “A tree house in the summer is exciting, but how can you compare a tree house built by kids to a sukkah built by my father, who was always busy? A tree house is a children’s game, but a sukkah, that’s something different. All the grown ups ate in it for eight days, and some even slept in it; it was like the whole family was playing house…. You remember how exciting it is to watch for Elijah at the Passover Seder? Well, on Sukkoth there are seven invisible guests, and imagine, I would be free from heder for nine days, nine whole days. I walked around as if in a beautiful dream.”

While the earliest chapters are marked with this innocence, betraying its originally parental-heuristic purpose, the book deepens in originality, seriousness and insight into the vanished world of Gold’s upbringing, with chapters that describe the heder and yeshiva he attended, the talmudists, Hasidim and Musserniks (the pietists of Eastern Europe’s most austere yeshivas) he encountered, and a host of unforgettable, delightfully strange characters, whom he captures with a deeply humane curiosity that evokes the vignettes in Joseph Roth’s masterpiece, “The Wandering Jews.”

Among the rich assortment of Jews whom Gold remembers, from saints to madmen, perhaps the most unforgettable is the nomadic Hasid, Leibl Shtekelman (so called on account of the cane, sthekel in Yiddish, always dangling from his arm), who was a regular guest at Gold’s family Seders. Gold remembers vividly his family’s very last Seder, during the Nazi occupation of spring 1940, as Shtekelman arrives wearing the mandated yellow armband. “The Seder ended late,” Gold writes. “Leibl could longer go home because there was a curfew limiting the hours when Jews were allowed to leave their homes. He had no choice but to spend the night with us. We offered him a bed, but he refused, insisting that he would sleep on the floor. ‘The ground is my proper resting place,’ he muttered. He left in the morning, and we never saw him again.”

Although most of his recollections are of the strictly Orthodox milieu in which he was raised, Gold regularly alludes to the rapid modernization of Jewish life in Poland in the interwar era, its temptations always crouching just outside his door. In describing his father’s reluctance to allow him to study in the mechina, or preparatory school for Poland’s most prestigious rabbinical school, the storied Yeshivas Hakhmey Lublin, Gold writes: “My father’s argument that I could get my Talmudic education without going away was disingenuous. He knew that times had changed. When he was young, he swam with the stream, but I would have to swim against it. The [local] Beit ha-Midrash and shtibl had ceased to be places where young men studied Talmud: to continue in the traditional path I needed the support of an attractive Yeshiva.” Here, as throughout the memoir, Gold captures, through his private experience but in historically accurate terms, the crisis facing traditional Jewish life in modern Poland.

The most powerful, and ultimately tragic, reference to the Orthodox resistance to the winds of change is Gold’s description of his father’s realization of European Jewry’s doomed fate — one that, alas, came too late to save his family: “My father, who was familiar with Polish politics, had come to the inevitable conclusion that Jews had no future in Poland,” he writes. “How many heder teachers, rabbis, shochtim and other minor religious functionaries could the increasingly impoverished community sustain? And he was dismayed by the preoccupation with tales of miracles attributed to Hasidic leaders and their disregard of these political and economic realities. Only a radical change, such as the return to Zion, could remedy these ills.” Plans were made for the family to immigrate to Palestine, but the tragic death of Gold’s younger brother from appendicitis, in late 1938, put everything on hold for the year of mourning. And then it was too late to escape Poland.

After his liberation, first in the Feldafing DP camp (where he learned the details of his entire family’s destruction) and then in America, Gold, like so many survivors, was rudderless, alone, profoundly alienated from both man and God, his youthful piety and faith in a providential God having been shattered by what he had witnessed during the Holocaust — whose horrors he charitably withholds from his readers. With a candidness and simplicity that cannot fail to touch even the most hardened student of the trials and tribulations of the Jews, he describes the moments of existential anguish when, living alone in Chicago and earning his rent money as a Hebrew tutor at a Conservative synagogue, he wished he had not survived.

The memoir’s last chapter, and its most intellectually rewarding, explains Gold’s choice to enroll in the rabbinical school of the Jewish Theological Seminary. Invoking the biblical story of Job, Gold describes his unbearable crisis of faith, but at the same time, he details the reinforcing power of his undiminished thirst for talmudic learning. With his prewar pious certitudes about the mercies of God and the inerrant divinity of the Torah having been devastated along with his family and world, Gold finds inspiration in his exposure to critical Judaic scholarship, and empowerment in the engagement with religious doubt: “Once the certainty of knowing the ways of God was gone, I had to live with imponderables and paradoxes, with more questions than answers,” he writes. “Eventually I understood that questions, no matter how many and how cogent, are only questions. It is our impatience that turns them into answers.”

My own encounter with Gold, as an impatient Orthodox graduate student at Harvard in the 1970s, was immensely rewarding, and equally humbling. Among his wide range of gifts to me was an appreciation of Yiddish poetry and a new respect for the deep piety of the doubting Jew. In time, and despite my lingering suspicions of his unorthodoxy, I came to understand the measure of this modest, soft-spoken man who managed not only to survive the Nazis but also to contribute so richly to the resurgence of Jewish life and learning in postwar America. “The Life of Jews in Poland” recounts not so much the brutal “triumph of the will” as the humane vindication of the sad, searching soul.

Allan Nadler is professor of religious studies and director of the program in Jewish studies at Drew University.