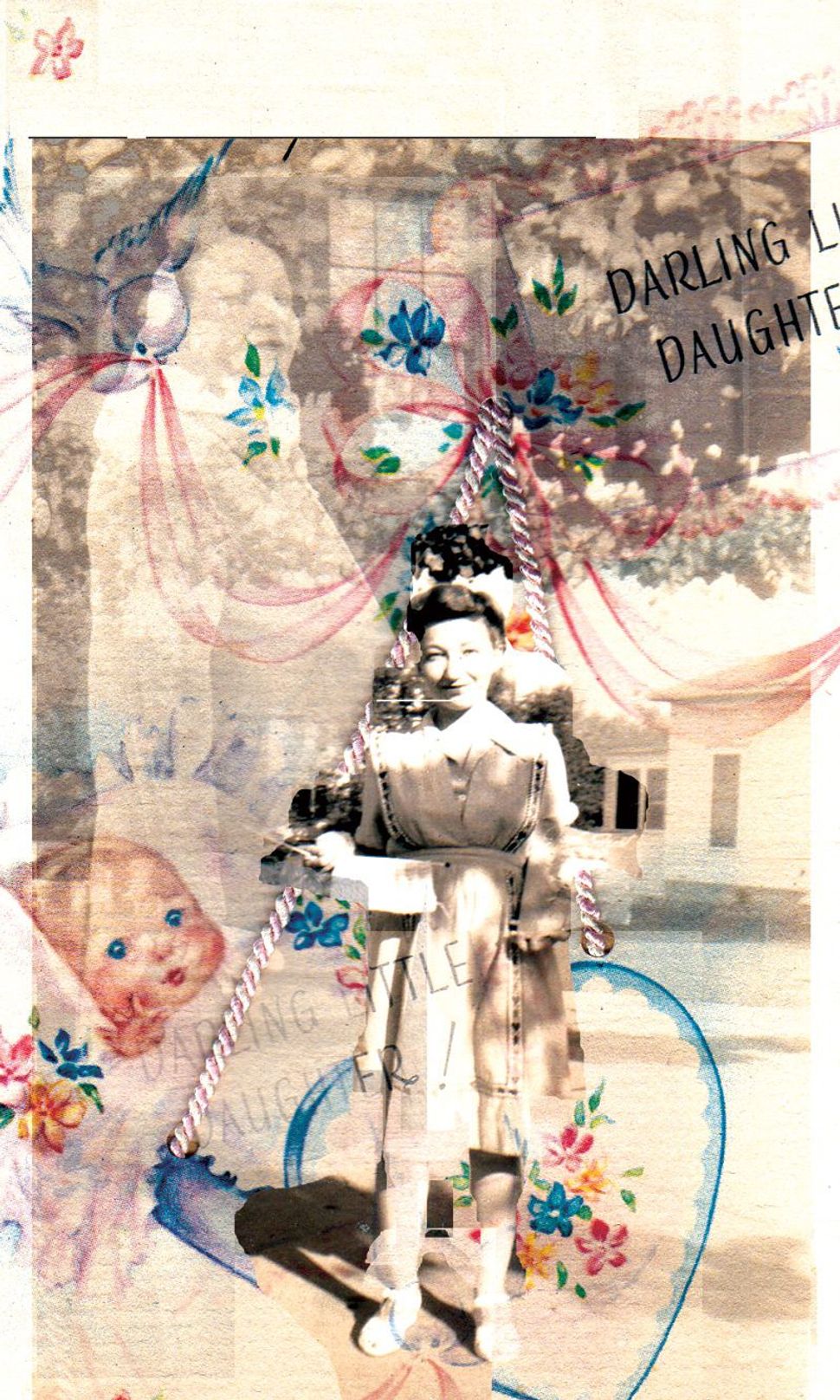 Flower of Youth: In taking time to experiment before settling down, Marjorie Morningstar was neither simply conformist nor traditionally rebellious. [click for larger version] Image by EVELYN ROTZ (9/19/1924 - 9/6/2010) B??H,? BARA SAPIR

This fall marks the 55th anniversary of the publication of Herman Wouk?s ?Marjorie Morningstar,? the novel that at its height ? what The Nation called the ?Age of Wouk? ? sold more copies than any American novel since ?Gone With the Wind.?

?Marjorie,? the story of a bedazzling Jewess on Manhattan?s Upper West Side who dreams of becoming an actress, was not exactly what critics expected from the Pulitzer Prize-winning author of ?The Caine Mutiny,? although reviewers took the novel as proof of Wouk?s anti-intellectual, conformist point of view. Literary critic Leslie Fiedler called ?Marjorie? ?the first fictional celebration of the mid-20th-century detente between the Jews and middle-class America.? When Natalie Wood played Marjorie in 1958, it seemed further proof that Wouk?s was a story about, as Time magazine put it, ?an American Everygirl who happens to be Jewish.?

A few years ago, I showed a film clip of ?Marjorie ? to Harvard University?s American religious history colloquium, a group of scholars whose work focuses on Puritans and liberal Protestants, with the occasional foray into Catholic, Mormon and Jewish studies. That evening, we discussed ?Marjorie? as a text in religious history. We considered the novel?s rich sociological insight and how ?Marjorie? might fit into a survey course on American religious history. The setting was academic, but our conversation veered into the kinds of observations about gender and assimilation that ?Marjorie? has inspired for more than half a century.

I like to think the Ivy League setting would have peeved Wouk?s postwar critics, who wrote condescendingly of the author (and surely envied him) for being too middlebrow and a ?Hollywood hack.? (?Instead of a garret,? Wouk?s secretary commented in the 1950s, ?he lives in a comfortable duplex apartment in a fashionable neighborhood.? Wouk?s success won him no friends among the less affluent members of the Jewish intelligentsia.) Our discussion touched on the timelessness of a work that deals with the promise of youth and the sadness of its passing.

In 1955, after receiving a pat on the back from Time for spearheading ?a mutiny against the literary stereotypes of rebellion,? Wouk became persona non grata among Jewish intellectuals, although many of them, including Isaac Rosenfeld, Norman Podhoretz and Meyer Levin, attested to the significance of ?Marjorie? in their reviews. Henry Luce may have admired Wouk for his ?chipless shoulder,? but this seeming lack of internal angst in the heroine (Marjorie was no Holden Caulfield) was precisely what bothered critics.

Those who critiqued ?Marjorie? for its opposition to ?diverse experiences,? as did Podhoretz (as well as the many who praised the book for the very same reasons), overlooked Marjorie?s streak of rebelliousness. True, she eventually marries a Jewish lawyer and settles down, quite contentedly, in Mamaroneck, N.Y., but not before experimenting ? for five years! ? with a more romantic lifestyle. Had Marjorie married while still a virgin, there would be no story: no employment of her acting talents; no torrid love affair that took her across the ocean, where she met Mike Eden and learned, among other things, ?that there really was more than one man in the world ? the piece of knowledge that more than anything else divides women from girls.?

The book depends upon Marjorie following her dreams ? to see her name in lights, to experience the glamour of grownup Manhattan and to fall in love. All the silly stuff of girlhood, maybe, but isn?t that what most young people want? And isn?t pursuing these goals and learning from them what propels us into adulthood? At an age when she was supposed to be building a family, Marjorie repeatedly went against societal expectations, and followed passions that took her away from home.

And yet, Wouk allows her to come home. Marjorie ends up a ?good Jewish girl? ? even better, a mature Jewish woman ? married to a loving husband and, in a nod to the postwar religious revival, more committed to Jewish observance than her own mother was. She is ?a regular synagogue goer, active in the Jewish organizations of the town. They seem to be rather strictly observant,? observes Wally, her old admirer.

Marjorie returns to Judaism, as Wouk had in real life. The author wrote in the 1950s: ?It was my lot to reach quite young what many people consider the dream life of America: success by my own efforts, a stream of dollars to spend, a penthouse in New York, forays to Hollywood, the companionship of pretty women, all before I was 24.? Like Marjorie, after youthful adventure, Wouk gave the Judaism of his childhood a second try ? and this time, it stuck. He might have chosen any one of several more Presbyterian-resembling brands of Reform or Conservative Judaism, but as the title of his 1959 nonfiction book ?This Is My God? suggests, Wouk was unwilling to accept these blander offerings. Instead, he became what Time called, in a 1955 cover story, ?a devout Orthodox Jew? who adhered ?to dietary prohibitions and traditional rituals which many of his fellow Jews find embarrassing.? Even in choosing religion and domesticity, Wouk showed a style of defiance that was more Marlon Brando than Ronald Reagan.

In interviews, Wouk never compared himself to Marjorie, but the parallels between their paths ? inflected by the gender norms of their times (significantly, Marjorie drops plans for a career) ? are not difficult to draw. Both used advantages to experience the romance of American life before choosing a distinctly Jewish domesticity. With a mix of good looks, brio and talent, Wouk suggests, a Jewish girl might have herself an American adventure, and become all the more interesting for it, before nestling into family life (Marjorie?s less confident girlfriend, Marsha, has to grab a husband while she can). Rebellion does not undo Marjorie; it makes her. Wouk may well have been writing from personal experience.

It is not even on the level of subtext, then, that Wouk challenged notions of acceptable female sexual behavior (?Inwardly she raged at the injustice of his assuming that she must measure up to the standards of dead Victorian days?). Irrespective of whether Wouk intended it, ?Marjorie? helped shift the ideal of the American Jewish ?good girl,? aligning it more with his own path and the possibility of experimentation.

By the time I read my mother?s copy of the book, in the early 1990s, there was nothing novel about Marjorie?s romantic journey and eventual religious choices, now so common among contemporary American Jewish women. That ?Marjorie? continues to speak to readers suggests that for all the heroine?s vilification as a bourgeois conformist, Marjorie ? like her creator ? was something of a maverick.

Rachel Gordan is a doctoral student at Harvard University working on a history of postwar Judaism, ?How Judaism Became an American Religion.?