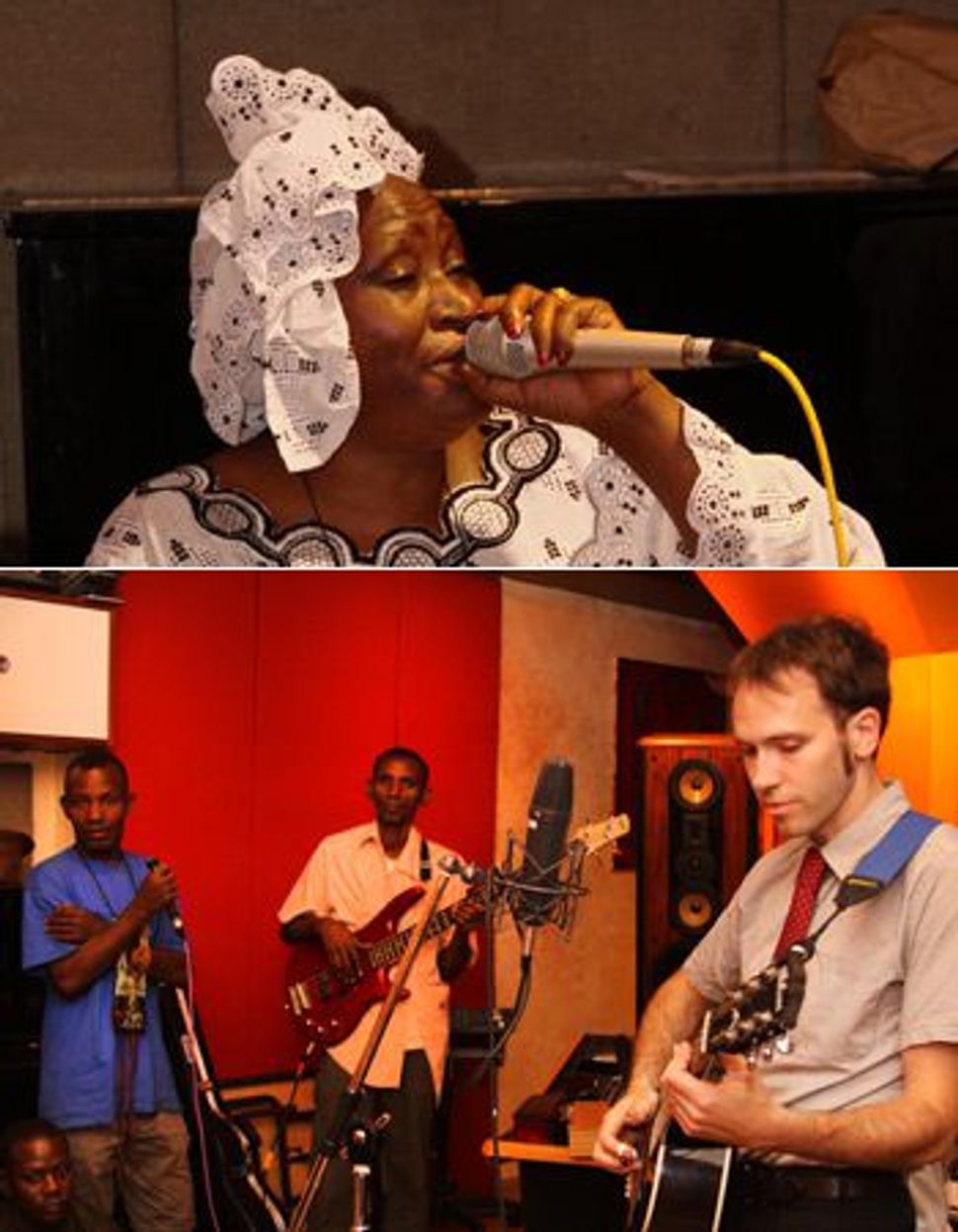 Ya Salaam: Khaira Arby (above) and Jeremiah Lockwood performing with members of her band. Image by SHULAMIT SEIDLER-FELLER

I met Khaira Arby in January at a rooftop party in Timbuktu, Mali, when my band, The Sway Machinery, was en route to perform at the legendary Festival in the Desert. Arby, known as the “Nightingale of the Desert,” is a mainstay of the festival and has been one of the most popular singers in Timbuktu for decades. 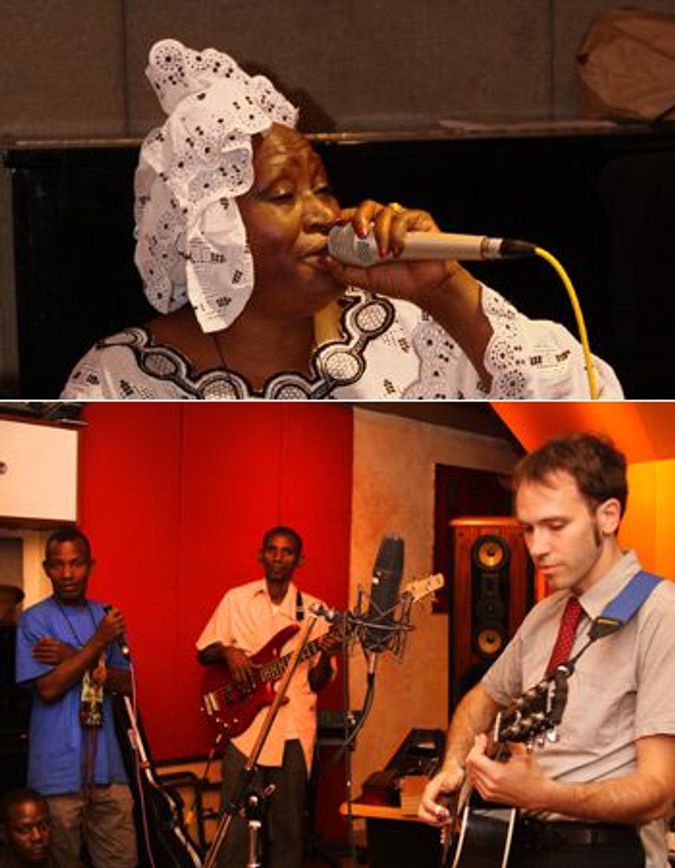 Ya Salaam: Khaira Arby (above) and Jeremiah Lockwood performing with members of her band. Image by SHULAMIT SEIDLER-FELLER

With a breathtaking voice, rhythmic verve and glowing spiritual warmth, Arby deserves her reputation as one of Africa’s great performers. She is also a brilliant bandleader and arranger, and her band’s angular, frenetic rhythms are a unique statement of the North Malian music style.

Her first album is only now being released in America, so I count myself lucky to have heard her music, and even luckier to consider her a friend and musical collaborator. Her voice will feature heavily on the new album from The Sway Machinery that we recorded in Mali and will be released in 2011.

Arby and her band were on tour in North America, and I naturally I wanted to take the opportunity to record with her again for the Nigun Project. I was originally expecting to record a duet with Arby, so I was pleasantly surprised when she arrived at the recording studio with her entire eight-piece band! I had booked only a small studio for us to work in, but thanks to the resourcefulness and quick work of engineer Dan Huron, we were all able to squeeze in and record.

The piece we recorded is based on a very old nigun I learned sitting around the table at my grandparents’ house. My grandfather told me it was supposed to have been composed by the Baal Shem Tov, the founder of Hasidism, himself, which would date the melody back to the 18th century. I sang the piece for Arby and her band, and explained what a nigun is through the translation of Arby’s manager, Christopher Nolan. The concept of a devotional wordless meditative melody was familiar to the Malian musicians, and we were able to quickly begin composing a new song together.

My old Jewish melodies reminded Arby of prayers, and her verses draw upon the sounds of her own Islamic tradition. Her two backup singers chant the words “Ya salaam,” meaning “Bring peace,” as a chorus, to bind closer together the Jewish and Muslim realms of the music’s spiritual expression.

Jeremiah Lockwood, artist-in-residence at the Forward, has produced seven nigunim for the Nigun Project so far. This collection of new works based on Hasidic nigunim will continue to appear regularly on the Forward website throughout 2010.