There’s Something in the Air 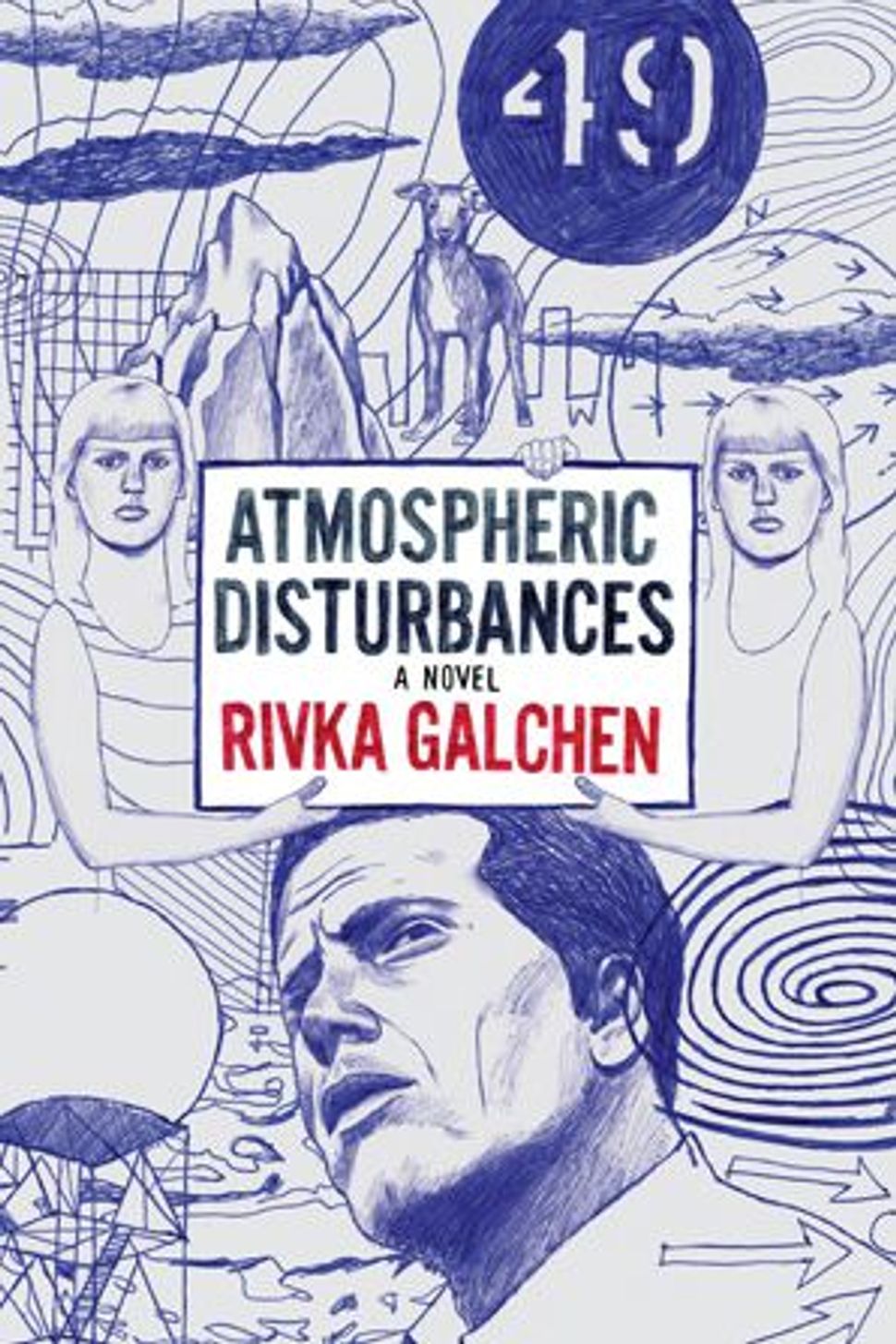 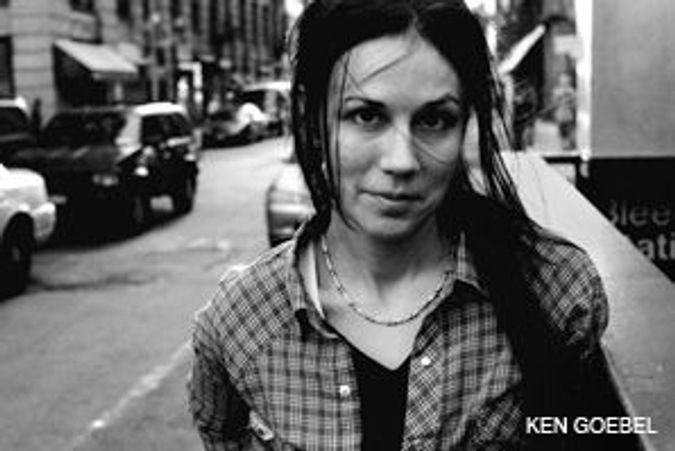 Galchen: Her debut novel centers around a middle-aged New York psychiatrist who becomes convinced that his wife has been replaced by a look-alike. 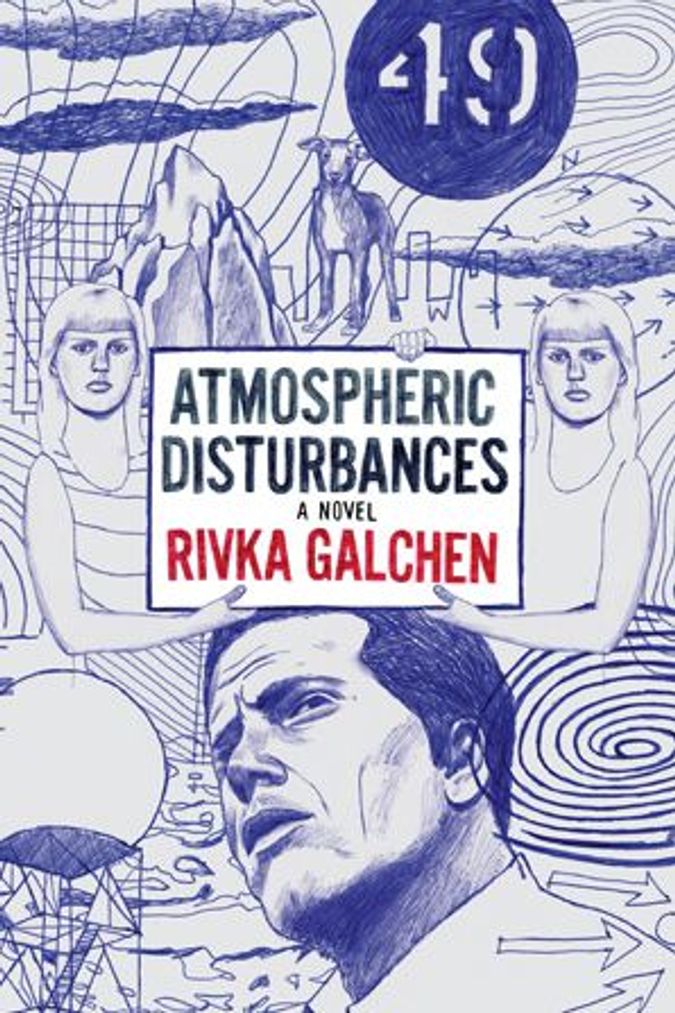 Having just finished “Atmospheric Disturbances,” Rivka Galchen’s first novel, I find myself strangely unable to stop thinking about “Bandits,” the last Elmore Leonard novel I read. This is not because the two novels are similar, but because they are so radically dissimilar. Reading Galchen made me want to go reread Leonard, not as a complement but as an antidote. Galchen’s literary, cerebral book is about love, estrangement, emotional health and all sorts of important things, and it made me long for Leonard’s up-tempo, plot-driven pulp fiction about an ex-con trying to screw an ex-nun.

That’s not to say Galchen isn’t talented. For the first 80 pages or so, she proves herself a very good writer, funny and smart and heartbreaking. Here we learn about Leo Liebenstein, a middle-aged New York psychiatrist who becomes convinced that his wife, the Argentine beauty Rema, has been replaced by a look-alike aping Rema’s mannerisms. Leo now has a new preoccupation, finding his wife, to add to his pre-existing occupation, curing Harvey, a patient who believes he is a secret agent controlling the weather and receiving coded messages on page six of the New York Post. Like so many professionals who treat the odd, Leo is himself odd, but in a charming way, and as a narrator he’s a good companion. Although we know from the start that he is deranged — that the woman who looks like Rema really is Rema, not some replacement — we are rooting for him to somehow pull back from the abyss of illness. He’s too good a guy, this poor schlemiel, to go the way of his patients.

But as Liebenstein becomes more desperate in his search for the real Rema, eventually traveling to Argentina to ask her mother for assistance, the book stalls, then lurches, then finally gets stuck, wheels spinning in place. What had begun as an eerie whodunit, inviting the reader along as Leo searches for Rema and his sanity, becomes a deep excursus into the narrator’s ever-sickening mind. Leo borrows paranoid fantasies from Harvey, and soon he is just as estranged from reality. As Leo becomes less reliable, the reader is left to wonder what of his reporting is true and what isn’t: Does Harvey really join him in Patagonia? Does the mysterious meteorologist Tzvi Gal-Chen really send him e-mails on his BlackBerry?

An article by a real Tzvi Gal-Chen is quoted as an epigraph, but Tzvi’s relation to our author is never made clear in the text itself, and little depends on the answer. A lot of the book’s uncertainties are this way, interesting but never fully developed. This unstable reality could have been playful, engaging the reader in an educated guessing game, but there are no clues, and so there seem to be no right answers. The crazier Leo gets, the less interesting he is, and so it’s no fun to try to disentangle the crossed wires of his mind. A stopped clock is right twice a day, but it’s still mighty boring to look at.

Maybe not for everybody, though. More than most books I’ve read, “Atmospheric Disturbances” left me wondering: Is it me? Galchen’s sentences feel assured. Her subject matter is weighty, and nothing about the book is sloppy; it’s clear that attention has been paid. So here’s a typical passage, in which Leo is trying to gauge the extent of his own sickness. You be the judge:

We can similarly consider the “errors” of a suspected psychosis, the discrepancies between the presumably psychotic vision of reality and a consensus view of same. Such an examination could (occasionally, conceivably) reveal something other than prismatized fragments (taste of powdered milk + old woman with cataracts + holes in navy sweater + fresh pretzels = navy poisons milk the old pretzel factory workers drink down blindly) of the presumed psychotic’s mind. Because although psychosis is often popularly conceived of as an infection or a kind of foreign body, a psychosis is in fact as personal, as eccentric, as interpretable as a dream.

There’s a lot of this, and some readers will find it likable. It’s a mixture of precision and whimsy that has antecedents (Dave Eggers, David Foster Wallace) but is clearly a new, original voice.

Embedded in my criticism is robust praise: Galchen has drawn an exquisitely realistic picture of a sick mind. In doing so, she has implicitly posed the difficult questions that some humanistic psychologists and philosophers have asked: How do we know what’s true? And what makes any of us qualified to judge another insane? One day Leo is the one prescribing the meds and committing people to hospitals — then one day the doctor sounds like the patient. But how much has he really changed? Meanwhile, there is another, more shadowy set of questions, about how well we really know those we’re sleeping with. Rema has changed ever so slightly — she brings home a dog, for example, having previously disliked dogs — but it’s enough to destabilize Leo’s faith in her identity. Readers might ask what assemblage of traits defines our partners. What’s essential to them? What’s disposable? The question is not, “If my wife began drinking whole milk, would I love her?” but rather, “If my wife began drinking whole milk, could I even be sure that it was her?” How much would she have to change before I became convinced, Leo-style, that she was a doppelganger?

These are difficult questions, and they tend to bog down. I wonder if this kind of psychology in fiction may work best with a heavy helping of plot — “The Talented Mr. Ripley,” anyone? — or at much shorter length, as in Adam Haslett’s sad, tortured story, “Notes to My Biographer.” Madness is always nearby, and it’s our instinct to flee from it. Only a very brave author gambles that she can compel us to look, and only a very fortunate one succeeds.

Mark Oppenheimer is an editor of the New Haven Review and a senior book critic for the Forward.

There’s Something in the Air