What Modern Orthodoxy Thinks of Its Neighbors 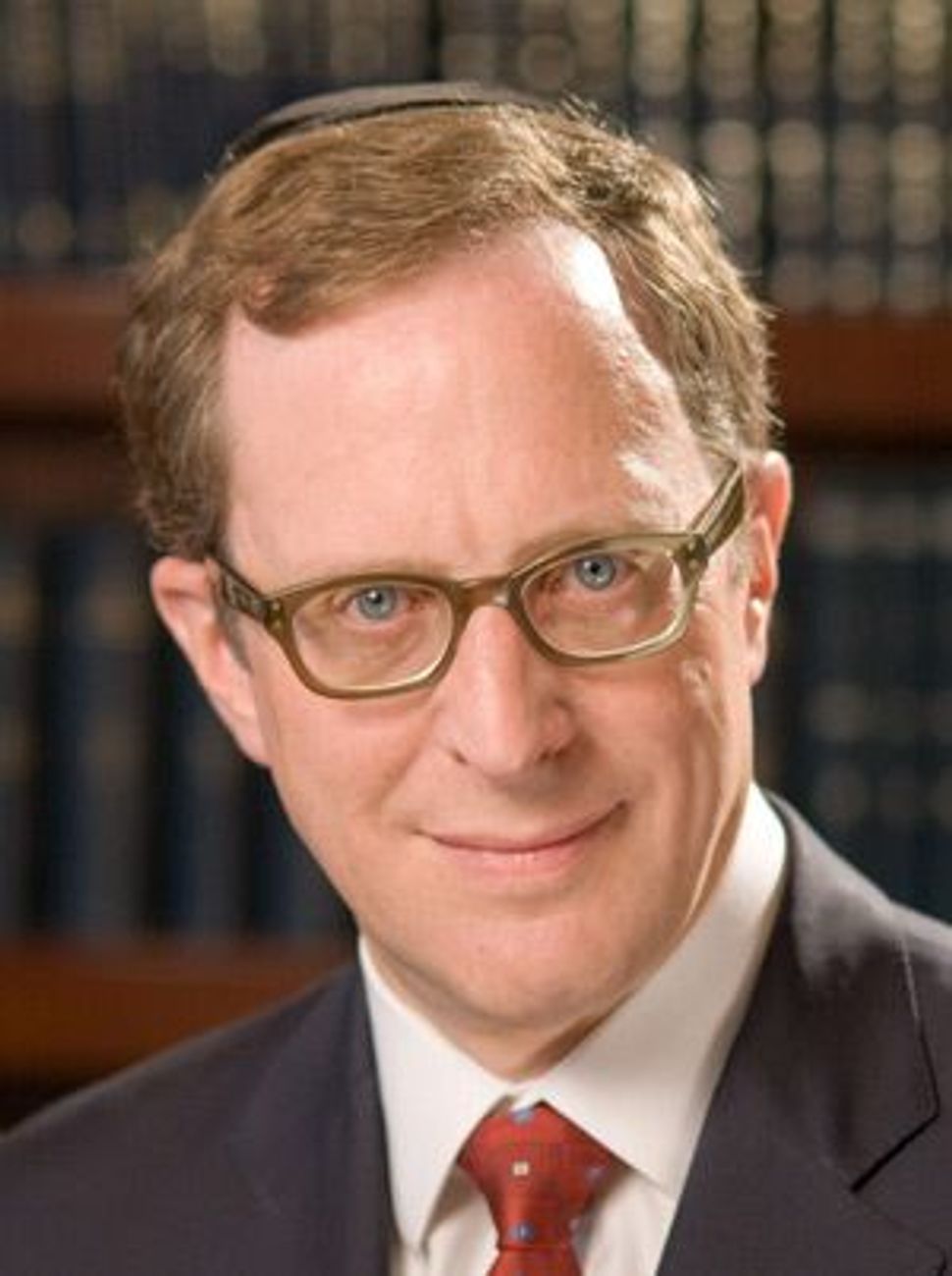 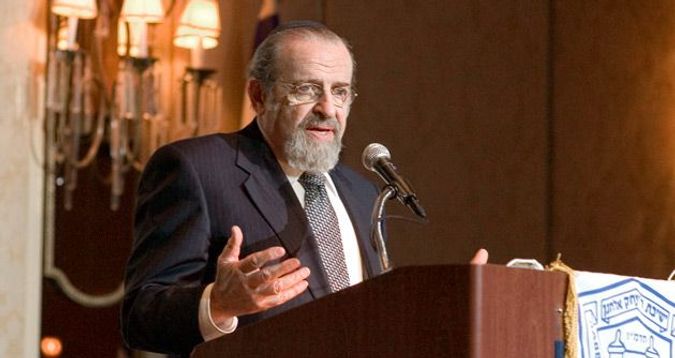 Rabbi Norman Lamm: The convenor of The Orthodox Forum is still a voice of hope in the Modern Orthodox world. Image by YESHIvA UNIvERSITY

The Relationship of Orthodox Jews With Believing Jews of Other Religious Ideologies and Non-Believing Jews
Edited by Adam Mintz
KTAV, 401 pages, $30

Like a picture, a title is occasionally worth a thousand words. Such is the case in the most recent publication of the Orthodox Forum, an intellectual think-tank of centrist Orthodox rabbis and scholars originally convened two decades ago by Rabbi Norman Lamm, then president of Yeshiva University, to deliberate annually on the perennially new challenges confronting them. Alas, the unfortunate title of this 20th collection of the Orthodox Forum’s 2009 proceedings extends almost a thousand words.

Parsing those words, however, is revealing, and prepares the reader for some of the volume’s more disappointing elements. First, there is an apparent, rather delusional notion, among even the most Modern Orthodox thinkers, that the Jewish world in the 21st century remains in reality divided between two camps: the Orthodox and all others. Then there is the choice of the word “believing” rather than “observant” or “practicing,” suggesting that what actually separates the Orthodox from all those “others” has to do mainly with differences of theology rather than with practice, a highly problematic proposition. 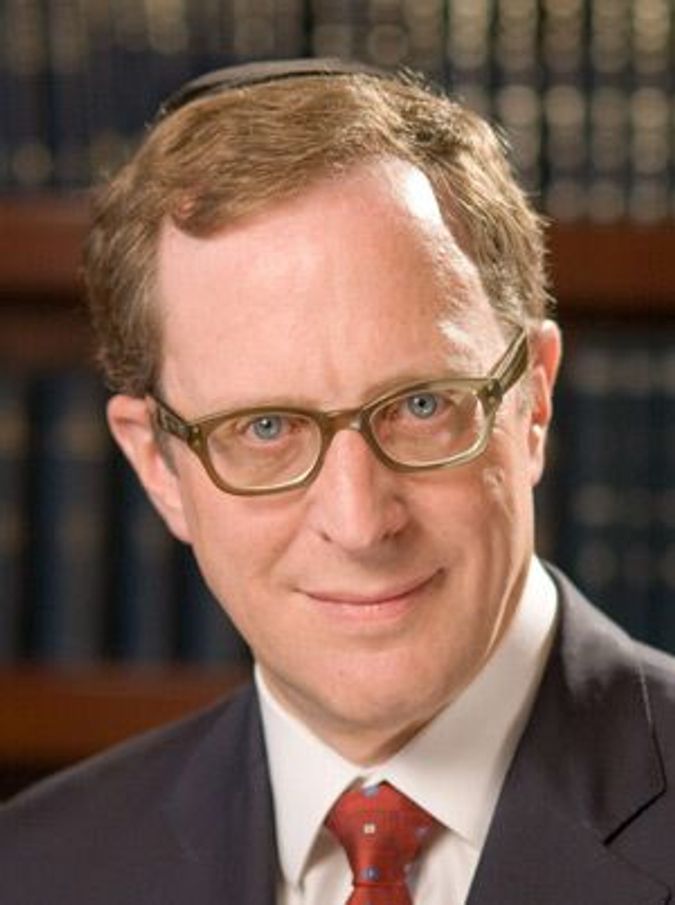 So, while tangled in its awkward, if revealing, title, I found myself wondering whether its contributors feel they share more “beliefs” with the Satmar Hasidim of Brooklyn’s Williamsburg than with their Conservative synagogue-going neighbors on Manhattan’s Upper West Side, for example, and if they actually believe that it is the latter’s theology, rather than different attitudes toward practical matters such as gender roles or standards of kashrut, that more accurately defined their differences. I also wondered whether the grouping of “believing non-Orthodox” religious Jews with their “non-believing” secular brethren was meant to suggest that the forum’s members deem religious non-Orthodox Jews to have more in common with Jewish atheists than with them.

The title of this volume turns out to be a sad exception to the old saw that one cannot judge a book by its cover. Despite the forum’s presumably noble aspirations, many of its essays are marked by a palpable condescension toward “the others,” rendered all the more distasteful precisely because they were made manifest in a forum whose fundamental conceit is that there is something uniquely open, modern and even ecumenical about the Modern Orthodox community. The tangible sense of the book is that this characteristic, though never properly defined, renders it more evolved, if not superior, to the Haredi community.

As for those Haredim, while the relationship with them is never dealt with directly, one finds scattered here and there distressing sentiments indicating that, although entirely unrequited and unrelated to any discernable objective reality, many leading Orthodox thinkers actually do feel a subjectively far stronger spiritual bond with them than with their non-Orthodox friends, neighbors and co-workers. So, for example, in his essay contrasting the secular-religious divides in Israel and America, Rabbi Jeffrey Saks bizarrely affirms that he accepts the Haredim “as [his] partners in yeud [fate] as well as goral [destiny], regardless of what they think of [him],” and would consider a loss of “meaningful interaction” with the ultra-Orthodox to render his and their “religious life less rich.” By definition, however, the non-Orthodox are at most partners in fate, not destiny, as Saks is here referring to a famous philosophical dichotomy originated in the 1950s by the now late Joseph B. Soloveitchik, the founding sage of Modern Orthodoxy and to this day its most revered figure. The Haredim have no interest in this dichotomy.

On a less abstract level, I would ask Saks and his colleagues in the forum who he thought would be more likely to accept any invitation to an Orthodox bat mitzvah, say of one of their own daughters: a Hasid from Brooklyn’s Boro Park, or a Conservative, Reform or atheist Jew. It would be good for the Orthodox to recall that the entire institution of the bat mitzvah, now a most commonplace celebration that has been embraced, in some form, in all Modern Orthodox circles, was originated by Rabbi Mordecai Kaplan — a “heretic” by Orthodox standards if ever there was one — for his own daughter. Alas, one will not find in this volume any sense of the many significant influences on Modern Orthodoxy, especially in the area of gender roles, of the religious innovations of the non-Orthodox.

Still, the book has some virtues not inconsiderable. It opens with a very fine historical treatment of the long and shaky relationship between America’s Orthodox and non-Orthodox “believing” Jews by Jonathan Sarna, which was wisely commissioned by the volume’s editor, Rabbi Adam Mintz, to provide a historical context for what follows. The story that unfolds in Sarna’s rendering is the ultimate failure of America’s Orthodox rabbis, who have been sliding to the religious right for the past four decades, to maintain a respectfully ecumenical relationship with their non-Orthodox colleagues. Sarna’s description of the collapse in 1991 of the Synagogue Council of America, the abandonment by all but a tiny number of Orthodox rabbis of the New York Board of Rabbis (the same has happened to cross-denominational rabbinical synods all across North America), is a depressing account of Orthodoxy’s diminishing openness to other Jews.

The book’s remaining chapters are roughly divided into two types: the sociological and the theological. The sociological chapters are, for the most part, almost purely descriptive of various Orthodox Jews’ experiences working alongside their non-Orthodox colleagues in a variety of communal, educational and, in Israel, national institutions. These range from Taglit-Birthright Israel and the American Jewish Committee to the Israel Defense Forces.

There is much of interest here, as these chapters are marked by a commendable, though in the end gloomy, frankness about the limits of Orthodox Jewish integration with others, even those with whom they are ostensibly collaborating, whether in the classroom or the battlefield. These studies illuminate the mentality of the Orthodox when working alongside others, providing important, if not always encouraging, documentation about the contemporary state of Orthodox Jewish belief.

For example, in Rabbi Jack Bieler’s article on “Orthodox Educators in Non-Orthodox Jewish Educational Settings,” one of the issues his interviewees struggle with is “the fact that any number of the students may not be halakhically Jewish [since] there are stringencies with respect to teaching Torah to non-Jews.” Put more bluntly, the Orthodox educator does not automatically accept the Jewish identity of his students in a “non-Orthodox Jewish” school at face value.

And Marc Stern, reflecting on his path-breaking career as an Orthodox Jew in the employ of the secular American Jewish Congress, ends with the sobering prognostication that “whatever achievements Orthodox Jews have in the secular field are, as matters stand now, not likely to be replicated in the next generation.” Among the reasons for his pessimism is the frank assessment that “it is harder to find common ground between Orthodox Jews and the rest of American Jewry… I suppose we agree on anti-Semitism, but not much more.”

A notable exception to the largely descriptive nature of the sociological studies is Ahuva Halberstam’s heartening chapter about the Abraham Joshua Heschel School, which she heads. While Halberstam’s presentation of the school is largely explanatory, there are here some ideological gems, such as the one that introduces its foundational principles:

We are not about kiruv, since kiruv implies that a certain set of religious behaviors is distant from a prescribed and agreed-upon norm. We are not about tolerance either, since that term too implies something undesirable that another will make space for in his or her thinking or worldview; we are about genuine respect for differences.

But of course, the Heschel School is not an Orthodox institution. It’s a shame that Halberstam’s spirit of true pluralism animates only one of the book’s far more prescriptive, theological chapters, which includes contributions from some of the world’s leading “modern” Orthodox rabbis and educators.

By far, the most influential ideological standard is the one referred to above by Soloveitchik. In a landmark essay, “Kol Dodi Dofek” (“Fate and Destiny”), justifying Orthodox support for a secular Jewish state founded by mostly “non-believing Jews,” Soloveitchik distinguished between the two covenants that inhere in the Jewish experience: a “covenant of fate” shared by all Jews involving the ineluctable history of anti-Semitism on the one hand, and a chosen, religious “covenant of destiny” through a voluntary acceptance of a life guided by the Torah’s beliefs and commandments on the other. In matters concerning the “covenant of fate,” Soloveitchik counseled full collaboration between the Orthodox and others, hence his enthusiastic embrace of Zionism and Israel; however, in matters concerning the “covenant of destiny” — which is to say, religious praxis and theology — he advised severe caution.

And it is that latter advice that severely limits the thinking of all but one of the participants in this particular Orthodox Forum. The reticence about working with the non-Orthodox, who presumably do not share their religious destiny, is moreover fatally combined with a limited legal imagination in considering halachic precedents found in the rabbinical responsa, penned mostly by ultra-Orthodox rabbis.

Indeed, aside from the truly enlightened, even daring essay by Yuval Cherlow, an Israeli rabbi, all the theological chapters — and even the brief preface written by the genuinely progressive and nobly motivated convener of the Orthodox Forum, Rabbi Robert S. Hirt — invoke Soloveitchik’s paralyzing paradigm,

Cherlow is dean of the Hesder Yeshiva of Petah Tikvah and a controversial figure in Israeli Orthodox circles, precisely on account of his creativity in addressing the challenges of modernity. Here, Cherlow boldly calls upon his colleagues to break free of the tethers of halachic precedent. In demanding novel and creative meta-halakhic frameworks with which to work through new challenges, while still operating within the rabbinic methodology of legal exegesis, Cherlow’s sophisticated, truly original thinking far transcends that of his rabbinical colleagues. If future years witness the triumph of Cherlow’s liberating and enlightened perspective among a growing sector of the Orthodox — despite the overwhelming evidence that the trend is moving in exactly the opposite direction — the publication of this book will have been more than worthwhile.

Allan Nadler, an Orthodox-ordained rabbi, is professor of religious studies and director of the program in Jewish studies at Drew University.

What Modern Orthodoxy Thinks of Its Neighbors