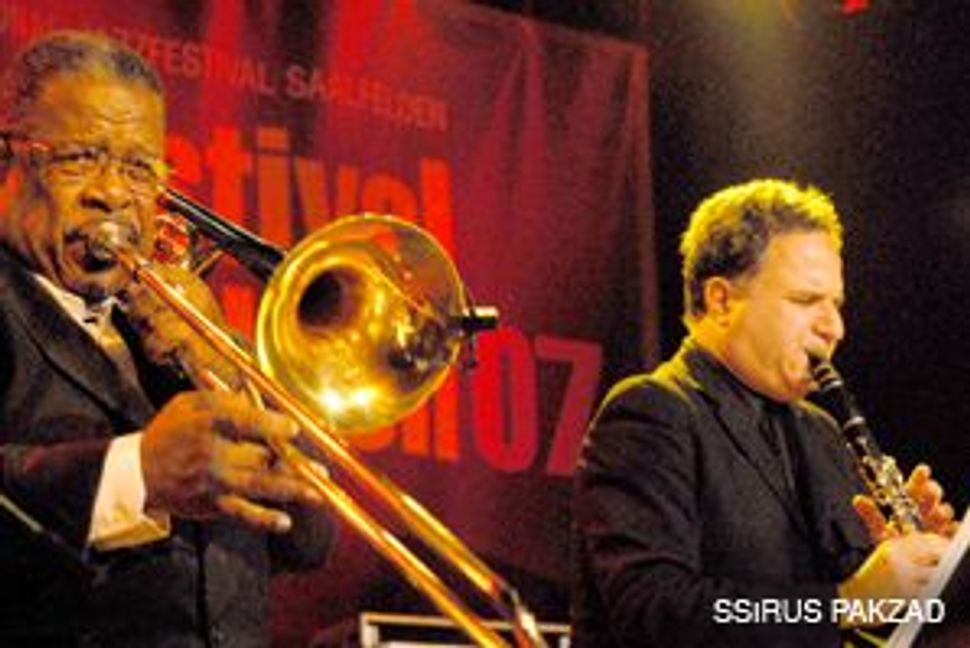 Perhaps it was inevitable that David Krakauer, the virtuosic clarinetist and klezmer artist, would team up with Fred Wesley, a funk legend who played trombone and arranged for James Brown in the 1960s and ’70s. After all, Wesley rose to stardom playing on such hits as “Super Bad,” and Krakauer continues to garner equal helpings of adulation and derision for his off-beat compositions. 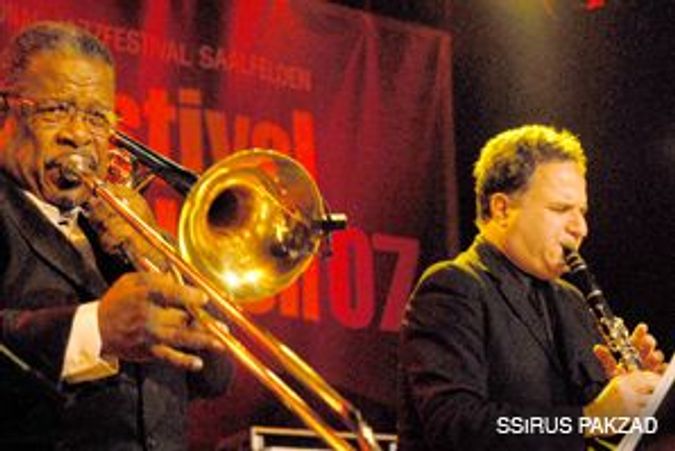 Together with Wesley — who moved on to Parliament-Funkadelic and then a solo career after leaving Brown — and Canadian multi-instrumentalist Josh Dolgin (aka DJ Socalled), Krakauer recently formed Abraham Inc. The 10-piece group (abrahamincmusic.com) is a polyglot mash-up of several styles, but most notably klezmer, funk and hip hop. With its debut record set for a fall release, Abraham Inc. will perform the album’s material May 3 for the first time, at New York’s famed Apollo Theater in Harlem. “David came to me with the idea for Abraham Inc., and I didn’t really see how it could work,” said Wesley, who lives in South Carolina. “But the more I got into it, the more I realized that all music was the same; it’s just where you put the emphasis. Funk and klezmer are very much alike if you slow it down or speed it up, and it’s worked really well for us.”

Krakauer and Dolgin have collaborated for years; Dolgin is a member of Klezmer Madness! and the two have long experimented with transcribing Jewish music

into other styles. Socalled is especially steeped in hip hop, while Krakauer’s roots lie in classical music and klezmer.

“Socalled and I were on tour a few years ago, and we were talking about what would be our next step,” Krakauer said. “Fred Wesley’s name came up, and we both said that would be cool, and he was interested.”

Abraham Inc. performed its first concert to a sold-out audience at Carnegie Hall, and then at festivals in France and Austria. According to both Krakauer and Wesley, this is the first band to synthesize funk and klezmer, and they had to troubleshoot in order to find common ground.

Listeners can get a sampling of that cohesion on the video section of Abraham Inc.’s Web site. The first clip, a live performance of “TweetTweet,” sounds exactly as Wesley described: a klezmer standard layered directly on top of a funk foundation. Instead of compromising either style, Abraham Inc. simply melded the two together.

“On a philosophical level, I hope it will bring some people together who never thought they’d be together,” Wesley added. “I guess you’d say I’m the funk expert and he’s the klezmer expert, but we kind of do each other’s thing. He does what he thinks is funkier, and a lot of times he’s right, and I do what I think is klezmer-ier, and a lot of times I’m right.”

Joseph Leichman is a freelance writer and musician.