Oath of Loyalty to What? 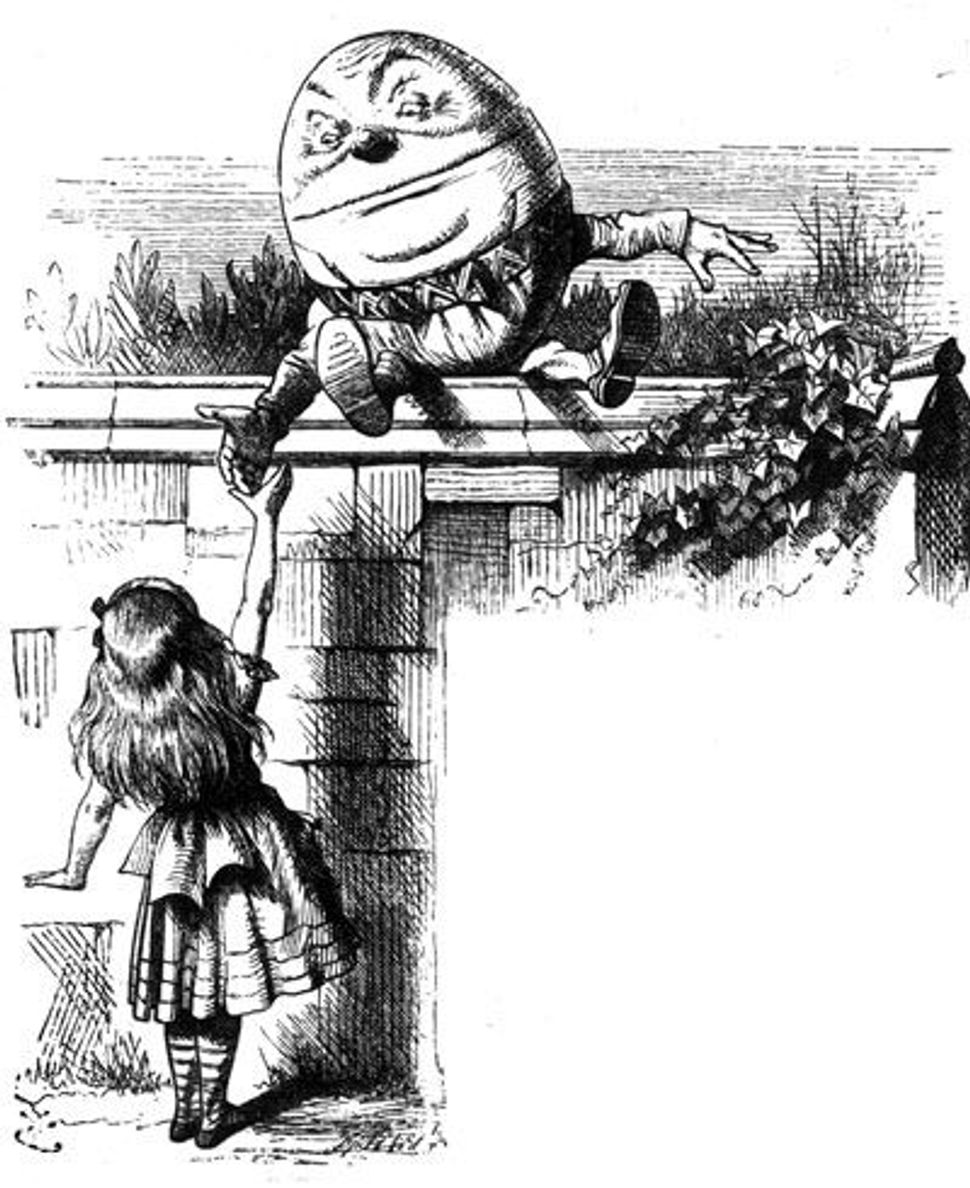 Which Is To Be Master? ?When I use a word,? Humpty Dumpty said, in a rather a scornful tone, ?it means just what I choose it to mean ? neither more nor less.? ?The question is,? said Alice, ?whether you can make words mean so many different things.? ?The question is,? said Humpty Dumpty, ?which is to be master that?s all.? Image by ILLUSTRATION BY JOHN TENNIEL/GETTY IMAGES

If Israel had Words of the Month, October’s would be “Jewish,” as in “a Jewish and democratic state,” or medina yehudit ve’demokratit, in Hebrew. This is what — if a controversial cabinet decision is adopted as law by the Knesset — anyone becoming an Israeli citizen will have to swear loyalty to. 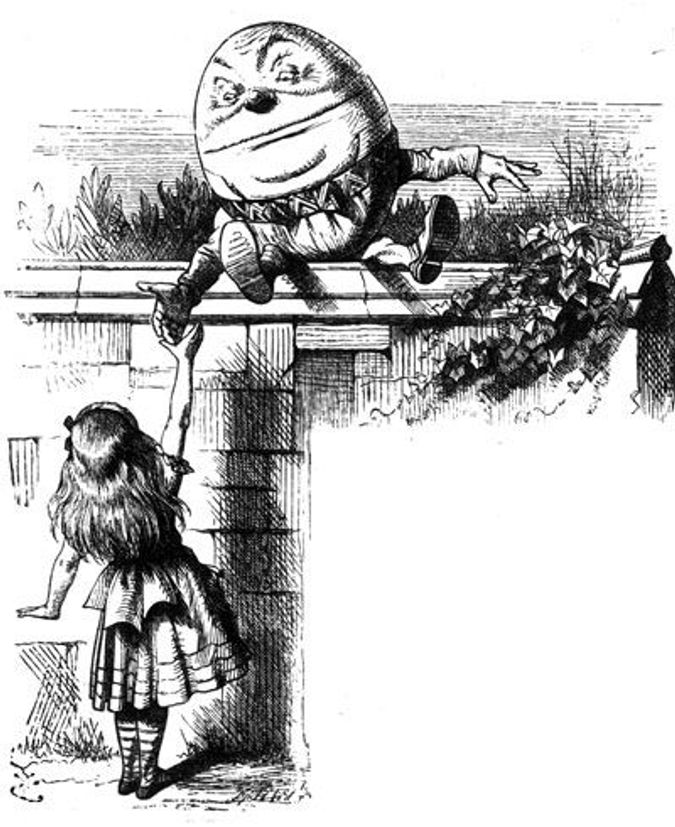 Which Is To Be Master? ?When I use a word,? Humpty Dumpty said, in a rather a scornful tone, ?it means just what I choose it to mean ? neither more nor less.? ?The question is,? said Alice, ?whether you can make words mean so many different things.? ?The question is,? said Humpty Dumpty, ?which is to be master that?s all.? Image by ILLUSTRATION BY JOHN TENNIEL/GETTY IMAGES

The many criticisms of the proposed oath can be assigned to one of two categories. Category 1 is political. To ask non-Jews to declare loyalty to a “Jewish and democratic state,” it is claimed, is an inherent contradiction, since no country can be considered democratic if it demands of prospective citizens that they swear allegiance to what excludes them. Many of those making this argument would also say that the very idea of a “Jewish and democratic state” is an oxymoron, since a democratic state has to belong equally to all its citizens, Jews and non-Jews alike.

But what concerns us here is Category 2, which is a semantic one. The word “Jewish,” it is argued, signifies so many different things to different people that it is meaningless to ask anyone to swear allegiance to what it represents. Does it refer to a religion? A people? An endogamous biological community? A system of values? A common destiny? To what exactly, it is asked, would the takers of such a loyalty oath be declaring their loyalty?

Here, too, of course, we are dealing with larger issues that go far beyond the proposed oath itself. The question of what is “Jewish,” or of who or what is a “Jew,” has been a contentious one for a long time now — so long, we sometimes forget that for an even longer time before that, it was not disputed at all. Until modern times, indeed, although there may have been different ideas about what being a “Jew” or “Jewish” ideally should be, hardly anyone disagreed about what the words meant in practice. A Jew was a member of a Jewish community, and Jewish communities all over the world were clearly defined entities both in their own eyes and in the eyes of non-Jews. Being Jewish meant belonging to a religion and to a people and to a biological community and sharing certain values and having a common destiny. None of these things was thought of as being inconsistent with any of the others.

This synthesis began to break down in the 19th century. The first challenge to it came from the new Reform movement in Germany, which proclaimed that a Jew was merely an adherent of the religion of Judaism, there being no such thing as Jewish peoplehood or a Jewish people that had anything beside its religion in common, so that a Jew born in Germany was a “German of the Mosaic faith,” just as one born in France was a Frenchman of that faith and one in England an Englishman of that faith. Noteworthily, German Reform Jews continued to think of themselves as an endogamous community, since while Jewish-Christian intermarriages were already common in early 19th-century Germany, they almost always resulted in the Jewish partner converting to Christianity and leaving the Jewish fold. Non-Jews converting to Judaism were extremely rare.

Two other major (and opposed) trends emerged in the 19th century, as well. On the one hand, there were now, in Europe and the United States, the first waves of assimilated Jews, who did not identify as Jews religiously, either, and thought of their Jewishness as merely biological, the result of having been born to Jewish parents. On the other hand, there were the first secular Zionists, who, standing the Reform argument on its head, argued that the Jews were fundamentally a people like the English or the French, to whom religious belief was not intrinsic. And in late 20th-century America where, for the first time since antiquity, large numbers of non-Jews have converted to Judaism, we increasingly find the attitude that Jews, whatever else they may be, are not a biological community at all, because more and more of them are not born to Jewish parents.

And yet this is precisely the reason that being asked to take an oath of allegiance to a “Jewish state” is not perhaps as anti-democratic as it might appear to be. After all, if “Jewish” can now mean what one wants it to mean, the oath taker is free to think of it as he or she wishes. Is one swearing allegiance to a religion? Let it be that. To a people? A biological community? A nonbiological community? A way of looking at the world? A joint fate that even a non-Jew can identify with? Let it be any of those things. To yet something else? It can be that, too. When you’re being asked to declare your loyalty to almost anything at all, you’re not being asked to do very much.

Oath of Loyalty to What?