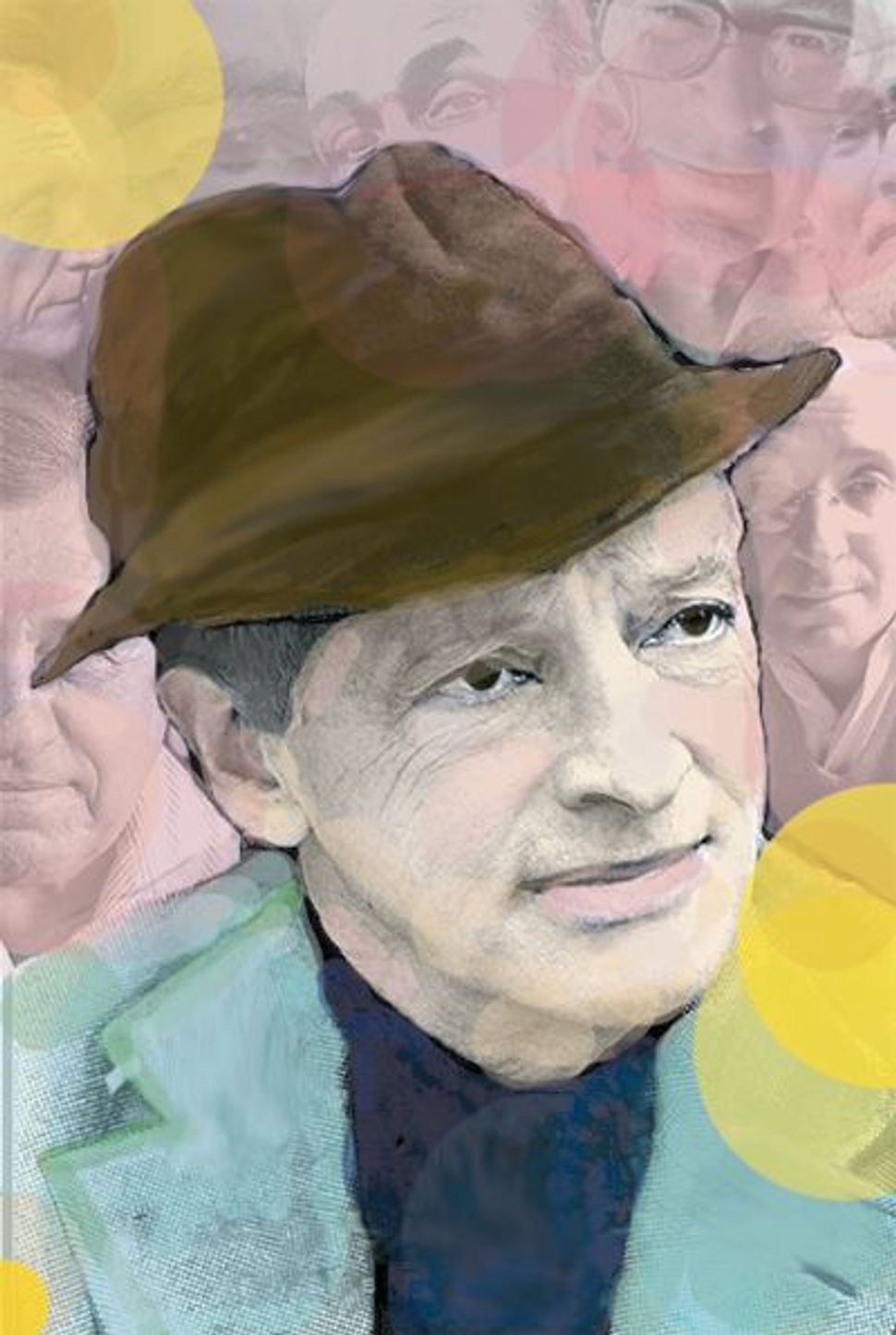 Why not simply admit it? The new collection of Saul Bellow’s “Letters” (Viking 2010) is a modern reliquary. It is a treasured remnant of the beloved wonderworker. And who are the followers, the faithful? Bookish cranks, mainly, plus unstoppable line-quoters, Jewish lit fetishists, passionate scholars, and the unclassifiable lovers of living books (beautiful girl reading “Humboldt’s Gift” years ago on a stone bench at the Frick Museum, here’s something new for you!). 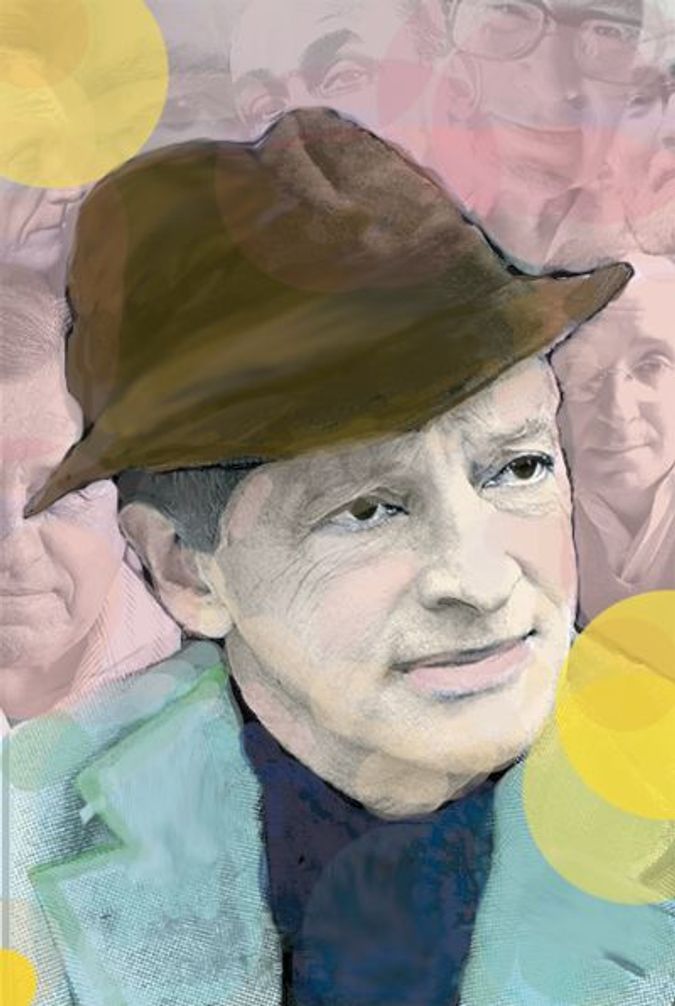 But this reliquary is marvelously profane. Bellow is funny. Bellow is prideful. Bellow is a genius at witty malice. In a 1949 letter to his literary agent, he wrote that while on a flight over Europe, he “saw a little dot shoveling some manure and recognized a critic.” Forty years later, he hadn’t lost his touch when he wrote novelist Cynthia Ozick that he “was recently reading Denis Donoghue’s piece on [Paul] de Man in The New York Review of Each Other’s Books.” Those are a pleasure in themselves and they also reward years of Bellow immersion. They remind the devoted of the short story “Him With His Foot in His Mouth,” or what Humboldt said to Bellow stand-in Charlie Citrine in “Humboldt’s Gift.” “As I said, you seem to be a pleasant ingenu, till your touchiness is touched.”

The overlaps between Bellow’s life and fiction keep coming, and after reading the 708 letters that span 72 years — the first from 1932, when Bellow was 17, the last dated 2004, when he was 89 — it becomes clear that Bellow the novelist didn’t have to invent very much. During his nearly 90-year life, he screwed up enough, loved enough, read and thought and brooded and befriended enough, reproduced enough (four children), and married more than enough (five times) to easily supply characters and stories for his 14 novels, several plays and many short stories. Bellow’s letters to many scores of correspondents chart the raw material and raw thoughts of that life.

Some of the rawest letters expose the Oedipal origin of Bellow’s drive and agenda. In 1948, Bellow wrote to a friend that he had won a Guggenheim grant and that his “father looked, when I told him of the award, as he had looked at the gold star in my third-grade copybook. Yes, very fine, but there is still life with its markets, alleyways and bedrooms where such as you are conceived between a glass of schnapps and a dish of cucumbers and cream. So where is grandeur? Not in Guggenheims, he is perfectly right. Nevertheless, there is grandeur. Little does he really know.” Later in the same letter, he again attacks this paternal philosophy, widespread in hardheaded America and fatal to writers. “This equalitarianism of men who do not care for themselves and therefore cannot allow others to give great value to human personality is extremely dangerous to writers who are after all devoted to a belief in the importance of human actions.”

This dogged fight against the nihilism of the hardboiled was the great fight of Bellow’s life, and the theme surfaces often in his letters to his fellow writers. He maintained a steady correspondence with Philip Roth, Ralph Ellison, Bernard Malamud, John Cheever, Robert Penn Warren, Richard Stern, Ozick, Martin Amis and poet John Berryman. To critic Lionel Trilling, he wrote that the typical argument is “that a man’s heart is not itself the origin and seat of importance. But to assert that it is so and to prove and proclaim it with all one’s powers — that is the work and duty of a writer now; it ought to be the work and duty of critics, too.” In order to do that, a writer had to “get away from the notion that literature is about itself. Such bunk,” Bellow wrote to novelist Josephine Herbst. In Roth, Bellow found a like-minded friend. Most critics “have none of that ingenuous, possibly childish love of literature you and I have,” Bellow wrote in 1969. “They take a sort of Roman engineering view of things: grind everything in rubble and build cultural monuments on this foundation from which to fly the Bullshit flag.”

But there’s more to “Letters” than manifestos. There are jewels of kooky insight. “Oy, we with our tears oiling the wheels of the universe.” Another one: “And then a nice police dog chained to a parking meter, wearing a cast on his broken leg and barking. He may have been asking to see the humanity in relation to which he was supposed to be a dog.” A summer heat wave and the illness of friends brought on thoughts of the winged Angel of Death that, “floating over the house, brings air-conditioning.”

These imaginative assaults against the claustrophobic narrowness of realistic thinking are one of Bellow’s great achievements. His intuitions about the nature of things, about the intensity of feeling that we all invest in our lives — in the raising of children, in our intimate relations — commanded him to raise an objection to the notion that the dead are finally and forever dead. Religion had an answer to that, and Bellow availed himself of it. “I’m on loan, or lend-lease, to myself from God,” he wrote to a future wife.

But normative religion was too codified to contain his cockeyed yearnings. In a letter to Ozick, he called himself “an occult personality, a desperately odd somebody.” The oddness was connected to love. Fundamental and essential in Bellow’s fiction (“I didn’t under any circumstances propose to do without love,” thinks Citrine in “Humboldt”), love was determinative in Bellow’s life as well. To his great-niece, Bellow wrote about his love for his siblings and its ancient sources. “Some four thousand years of Jewish history went into it — I don’t mean Talmudic history or anything of that sort. I mean the history of Jewish feeling.”

But there was something crucial to Bellow’s life that has no identifiable source. That was his powerful sense of destiny. He seems simply to have brought it with him (as Bellow once said of Mozart). In the collection’s first letter, dated May 28, 1932, the not-quite-17-year-old Bellow writes his girlfriend, Yetta Barshevsky, a hyperliterate breakup note. Has any other teenager written a breakup letter that includes an aside about his own atavism? Yetta had cause to think he was crazy. Bellow knows it, but like his future hero, Moses Herzog, it doesn’t scare him.

“You think perhaps that I am insane? I am. But I have my pen; I am in my element and I defy you.”

Mark Cohen has written about Saul Bellow in Modern Judaism: A Journal of Jewish Ideas and Experience, The Saul Bellow Journal, and other publications. He once received a letter from Bellow.