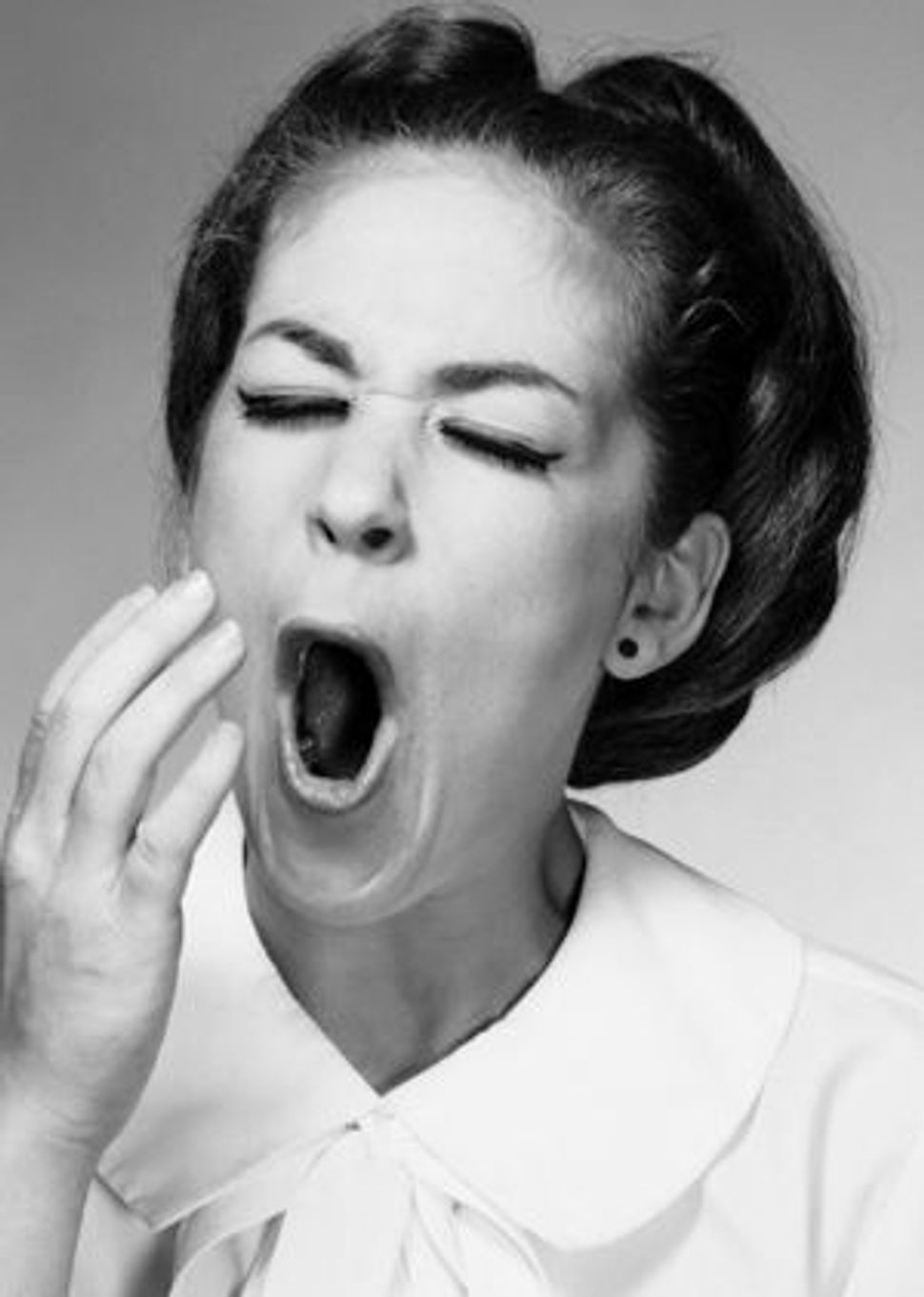 Sleep Inducing: Maybe synagogues are not inspiring communities in the right way. Image by ISTOCKPHOTO

Recently I met up with a Jewish academic from New York who had relocated to a midsize Jewish community in the South. In New York, he and his family had attended B’nai Jeshurun, the huge, well-known liberal congregation on Manhattan’s Upper West Side. But in his new home, the options were less attractive: He described them as a “lame” Conservative synagogue, a “dead” Reform synagogue and a Modern Orthodox congregation in the suburbs. 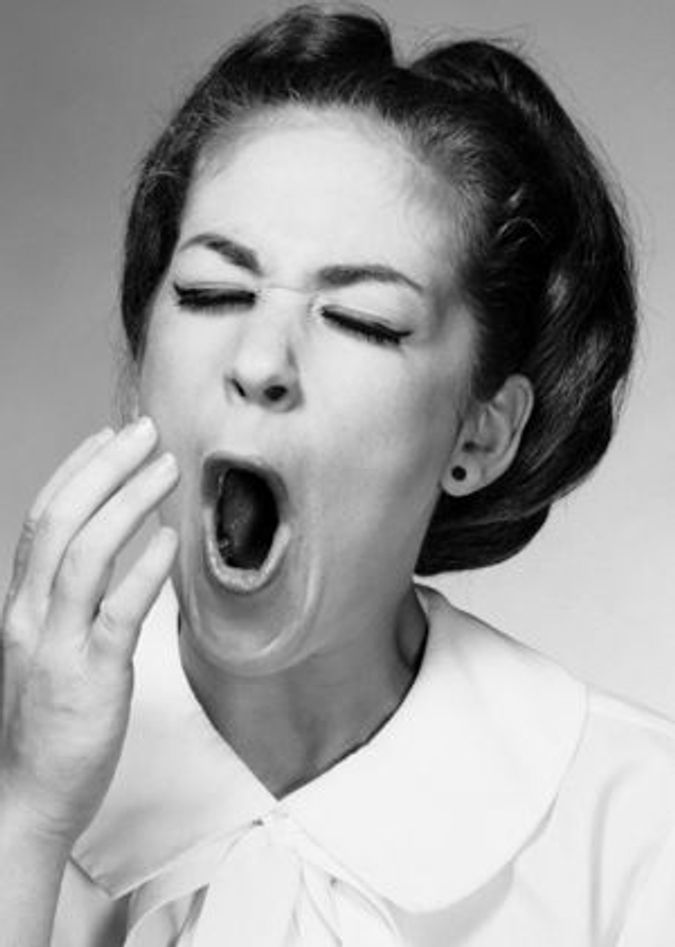 Sleep Inducing: Maybe synagogues are not inspiring communities in the right way. Image by ISTOCKPHOTO

Lifelong liberal, egalitarian Jews, my friend and his wife nonetheless chose the Orthodox synagogue. Perhaps surprisingly, she was more comfortable there than he was. Yes, my friend’s wife said, she resented being excluded from participation in ritual, but at least at the Orthodox synagogue, she had access to some meaningful prayer experience. The only thing egalitarian about the more liberal settings was that everyone was equally bored.

This got me wondering about what we mean when we talk about egalitarianism, and about our priorities in maintaining it. Obviously, there’s no inherent reason that gender-egalitarian and otherwise inclusive congregations can’t offer the same kind of spiritual zets, or punch, as Orthodox ones; after all, that’s why my friend went to B.J. back in New York. But let’s admit it — apart from a few exemplary congregations, they don’t.

And it’s not just spiritual “punch.” One of the benefits of the Orthodox synagogue, my friend said, was that his children weren’t expected to sit in one seat for the whole service. They shuttled from parent to parent, giving both of them temporary breaks during which they could actually daven. Of course, the kids ran around themselves too, as is the de facto culture in many traditional places of worship. This, my friend observed, was far better for the children’s sanity and their parents’ prayer lives. A few decades ago, we were told that the family that prays together, stays together. But if the family stays together in synagogue, often no one prays at all.

Besides gender separation, another supposed inegalitarianism of Orthodox congregations is that if you’re not already familiar with the traditional liturgy, you’re likely to be lost. Conservative and Reform congregations announce page numbers. They sprinkle in English readings. And they tend to sing a lot slower. This, we are told, makes services more inclusive and accessible to everyone.

Or does it? Yes, they make what’s offered accessible. But often, what’s offered isn’t worth accessing in the first place. I know that for many people, responsive readings are a pleasant way to think happy thoughts in the synagogue. Indeed, most rabbis I know (from all denominations) find that these readings suck the wind — the ruach — right out of the service. They kill momentum, and because they tend to be laden with theological talk that almost no one believes, they tend to alienate the less committed as much as include them.

Think about it — which is more inclusive: energetically singing words you don’t really understand, in an environment in which people are participating actively, or intoning deeply problematic theological statements in unison with a largely lethargic “audience”?

Of the American denominations, it strikes me that only Jewish Renewal has managed to offer the spiritual experience of an Orthodox or Hasidic davening service without the prerequisite knowledge of Hebrew and liturgical forms. How? By preserving the energy of a Hasidic service while emptying it of linguistic content. Lots of yai-dai-dai, few actual words.

In contrast, the Conservative and even the Reform siddurim maintain plenty of confusing Hebrew words, and take a long time to recite them. The reason for this is historical: Reform and Conservative grew out of German Reform Judaism, which aped German Protestantism and tried to offer an edifying, formal service of moral instruction and beautiful music. It’s true, that this formality still does work for some people today — and there is absolutely nothing wrong with that — but has there ever been a sociological study to quantify its appeal? I’ll wager that these antique, even archaic forms work only for those who know and feel comfortable with them. But isn’t that exactly the complaint lodged against traditional Orthodoxy — that it includes some, but not others?

If what we’re interested in is inclusiveness and egalitarianism, then we should try to offer a satisfying spiritual experience to as many people as possible.

What that experience is, of course, may vary. At a few old-school Reform synagogues, the traditional, German notion of edification is alive and well, and indeed, many people can be stirred to reflection by operatic melodies and soaring architecture. At some socially conscious synagogues, the primary spiritual experience is about activism; here, the point isn’t to get ecstatic or inspired, but motivated, even angry. In fact, the primary spiritual experience for synagogues and prayer groups across the country, is one of community. Often, a synagogue is where we go to be with one another, to support one another. But whatever the experience is, real egalitarianism, real inclusiveness, should include people in an experience that matters. Otherwise, we’re excluding everybody.

Now, as a progressive American Jew I don’t think gender should determine who’s in and who’s out. But I do think that if everybody’s in, nobody’s in. Let’s rethink what we mean by “egalitarianism.” What if it meant “open to all who bother to make the effort”? What if synagogues distributed fliers that said: “Welcome! We are very glad you are here. Our service is somewhat traditional, because that traditional form works for us. You may be a little lost at first. So we warmly invite you to join our weekly Siddur 101 class, where you can learn the ropes.” People who choose to accept the invitation obtain the rewards. Those who don’t, don’t. Not only would such an approach allow longtime participants to get more out of the prayer experience, but it would also suggest to newcomers that there’s something worth working toward. Things that come cheap usually feel that way.

As I understand it, this is part of Rabbi Elie Kaunfer’s argument in his recent book, “Empowered Judaism” (Jewish Lights Publishing). What the Jewish world needs, Kaunfer writes (and given that he has won just about every major Jewish award that’s out there, a lot of important people seem to agree), is not more dumbing-down but more empowerment of individuals to opt in if they so desire. Before Kaunfer, this argument was Maimonides’s: The best Judaism is really only for philosophers, but the opportunity to become a philosopher ought to be open to everybody.

American Jews have long prized education and knowledge. So why do we suddenly throw those values out the window when it comes to synagogue life? Is it really more inclusive to be patronized by a service aimed at the lowest common denominator? Wouldn’t it be truer to our shared values of educational excellence to invite everyone to learn these forms and take ownership of the Jewish tradition?

This invitation can be extended regardless of the form of shared religious experience. Jewish Renewal may have exiled the word, but there are still Renewal davening institutes, sacred chant classes and drumming instruction. Social-justice oriented congregations have divrei tzedek, briefings on social issues that used to be called “teach-ins.” Storahtelling trains its mavens, and Yeshivat Hadar its egalitarian talmudists. The point is not that everyone has to know how to recite the korbanos by heart; it is that having a meaningful spiritual experience, whatever that means for you, takes learning, practice and dedication. Just like anything else worth acquiring.

We can, and should, make our synagogues and other public spaces as inclusive as possible. But egalitarianism should not mean that everyone is equally infantilized. The recourse to Jewish tradition is often analogized to Isaac’s digging in his ancestors’ wells: He went to the old places because he guessed there must be water there. But even Isaac had to dig to find it.