From Sex.com to Clean and Green 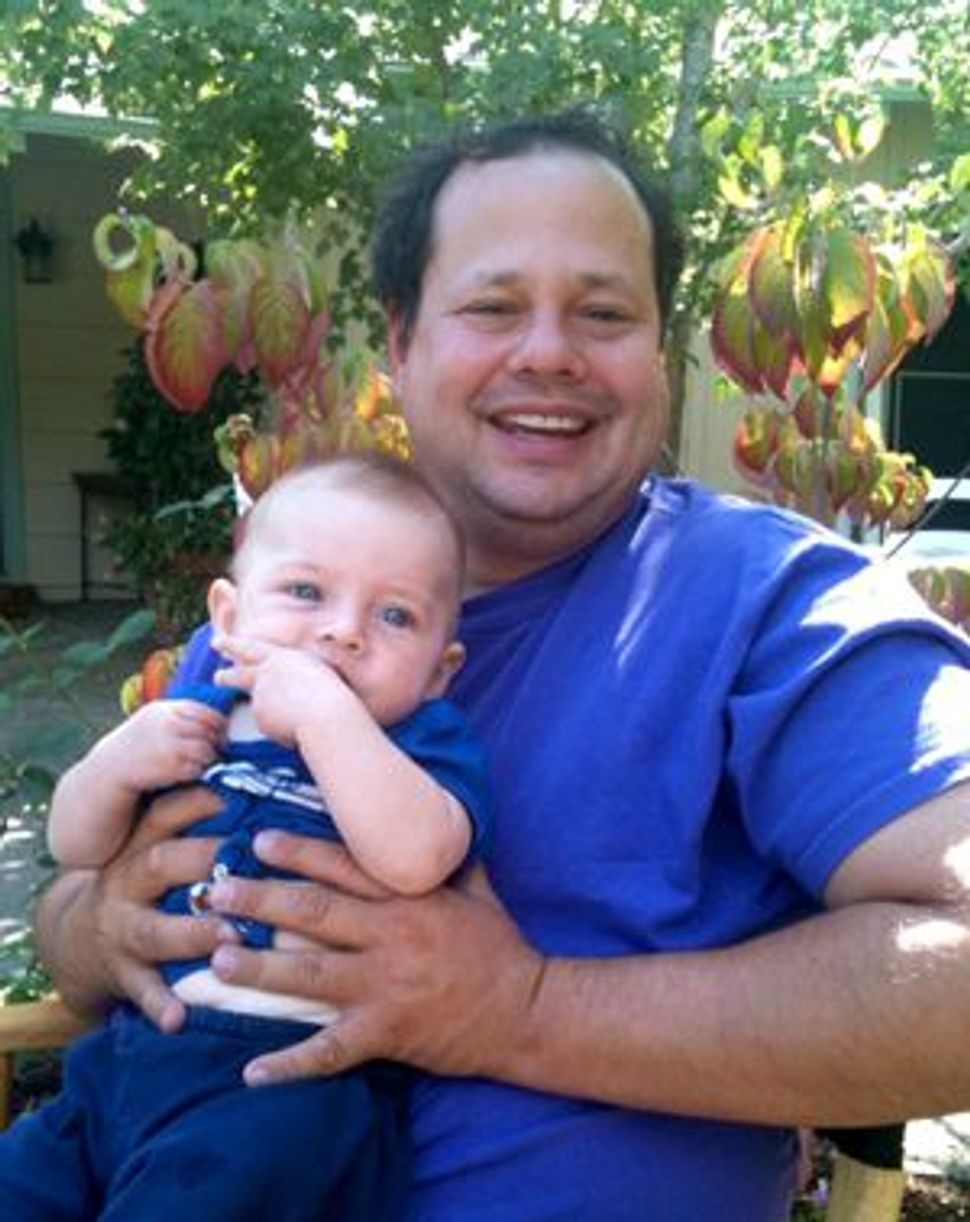 Clean-tech entrepreneur and Jewish philanthropist Gary Kremen walked through his home in Los Altos Hills, Calif., on a recent afternoon. He held his 5-month-old son, Isaac, in one arm and gestured with the other arm to the environmentally friendly baby paraphernalia.

Today, Kremen’s home is filled with diapers, bottles and teething rings. Not long ago, however, the accoutrements of his life were decidedly more adult. Until 2006, Kremen, 47, was the owner and operator of the adult website Sex.com, active in the pornography industry, and dealing with a major drug habit. 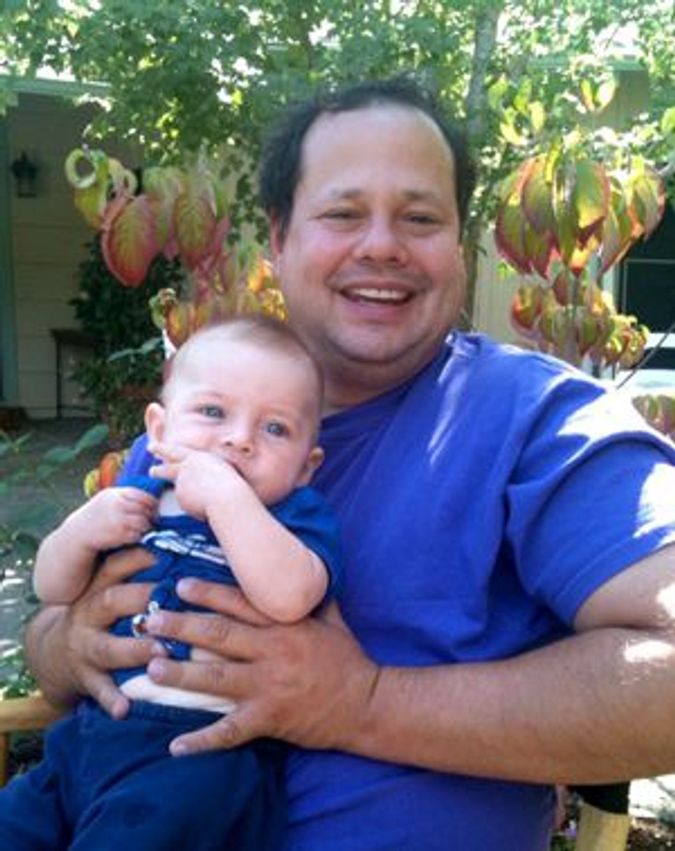 In 2001, Kremen won back the highly lucrative domain name Sex.com from convicted felon Stephen M. Cohen, who Kremen says stole it from him in 1995. Kremen continues to be locked in a protracted legal battle with Cohen and has not yet collected the $65 million in restitution and punitive damages awarded to him by the court.

Kremen’s foray into the adult industry began in 1994, when most businesses were not yet using the Internet. He foresaw the potential of online classified advertising and acquired many different domain names, including Sex.com, at little or no cost.

But Kremen did nothing to actually develop the website, and, a year after its acquisition, Cohen deceived the company that was administering domain names into thinking that Kremen had relinquished control of Sex.com to him.

Since he sold the website for $14 million in 2006, Kremen has cleaned up his act in more ways than one. He has overcome his drug addiction and has married and adopted a child. He has also turned his financial resources and business acumen toward clean technology, starting Clean Power Finance, Inc., a company that offers sales and marketing support to solar-panel installers. Kremen also reports that he invests in a total of 15 clean-tech startups and venture capital funds. He says he is keeping an eye out for green Israeli companies in which to invest in the future.

Kremen likes to remind people that he was the founder of the dating website Match.com, and that these days his passion is strengthening the relationship between the United States and Israel through Israel advocacy and reducing America’s independence on Arab oil. Kremen, who reports .his net worth at $10 million to $20 million, says he has given donations “in the low six figures” to AIPAC, as well as the Committee for Accuracy in Middle East Reporting in America and other pro-Israel organizations in the past couple of years.

“Gary lives and breathes Israel,” said Igor Lotsvin, who sits on AIPAC’s Northern California board. “Not only does he write checks, but he also spends a lot of his time making the case for Israel with political candidates and elected officials.”

Kremen spoke to the Forward about his colorful past, his Judaism and his views on U.S.-Israel relations.

Why did you hold on to Sex.com after it was returned to you as part of the court’s judgment in your favor?

Financial reasons; large lawyer bills in the millions of dollars. I didn’t know where I would find a buyer and I wanted to figure out how to maximize the value of this asset.

Yeah, I think there was definitely a tension. There was a lot of cognitive dissonance every day between what I was thinking and what I was actually doing. I mean, I tried to do things within the context of where I was that had rules to try to make things better, if you can believe it. For example, I was the founding chairman of Adult Sites Against Child Pornography. We had rules about what kind of content and links we would have and not have on Sex.com. We never had any actual, graphic adult content on the site, not even advertising. It was all links, just like Google — it’s the same model. Within the context of where I was, I tried to be as clean as possible. It was very challenging.

When and how did you first start getting interested in Jewish causes?

I guess it was over the last 15 years that I developed an awareness. When I was in school I always went to Hillel, but when I lived in San Diego a number of years ago and met the great Jewish community there, I decided I really wanted to get deeper and spend more time on it…. I was getting more into my roots and realized I could learn more.

What is the main focus of your Jewish philanthropic involvement? Who are you giving to and why?

My biggest involvement is my time in clean tech, which is a Jewish issue, I believe. Right now it’s been mostly Israel-related issues…. Activism and political contributions to pro-Israel candidates in U.S. Congressional races. I’m not sure I do philanthropy yet. My giving is cause-based…. but not just giving money. I go to events and protests. I think personal activism is as good as checkbook activism.

Why is Israel important to you?

[It’s a] safe harbor. It goes back purportedly to how I learned that one should not be a Diaspora Jew, one should make aliyah. I kind of still feel that. I just don’t know how practical it is. We’ll see. Maybe when our son is ready, we’ll take him there.

Do you consider yourself a Zionist?

Yes, yes, I do. It’s about a choice. And why shouldn’t we be? I’m irritated at Jews who are not Zionists. I don’t see how they can separate Israel as a homeland from their core Jewish values. I would like to see a coherent argument how Zionism is not a core belief. I don’t understand American Jews who are antagonistic. I even question whether such people are really Jews. I know that is a strong statement.

Would there be anything that could happen in the state of Israel that would turn you off supporting it?

It would have to be pretty bad. I don’t want to be like that for the most part. The only thing would be if Israel were against the United States. That’s it.

What do you think should be the primary concern of the American Jewish community and why?

Supporting the American-Israeli connection…. For me, today it means being objective in the Middle East, which means putting aside our dependence on resources that are produced by the Middle East and standing alone. The Israeli-Palestinian-Muslim situation would look different if Israel was in a part of Asia where no oil was involved.

You feel very strongly about combining your business focus with your philanthropic one. Can you elaborate on that?

Giving money is kind of tactical in a way, it’s not strategic. While you can influence what it is, you don’t get a good understanding of the core issues unless you are in it. Until I got into clean tech, I didn’t understand the complexity of our dependency on petroleum products and the subtlety and the nuanced complexities to ending it. Combining your day-to-day with your giving, you can feel good all the time, instead of when you think of some money you gave.

How much have you invested in clean-tech ventures, including your own company?

Has anyone ever refused your charitable contribution or your venture capital because of where your money came from?

No, never!… For the most part, all money is green, and if there is a good story behind it…. It’s not like I wanted to be in pornography. I would have rather been in Autos.com. It’s just how things rolled.

Now that you are a father and a Jewish family man, what do you think will be your Jewish philanthropic priorities in the future?

It could change to education. I don’t know what you do when you have kids. I’m new to this.

Do you feel that your involvement in Jewish causes is in any way a means of making up or atoning for your previous line of business?

What about Match.com? What about the love I created? I created more love than anyone else on the planet. Oh, I guess there is a little bit. Maybe there’s a little of that at the margins. I like to say that I’m doing clean tech to cleanse my soul.

From Sex.com to Clean and Green