A Diary Found, and a World Recovered 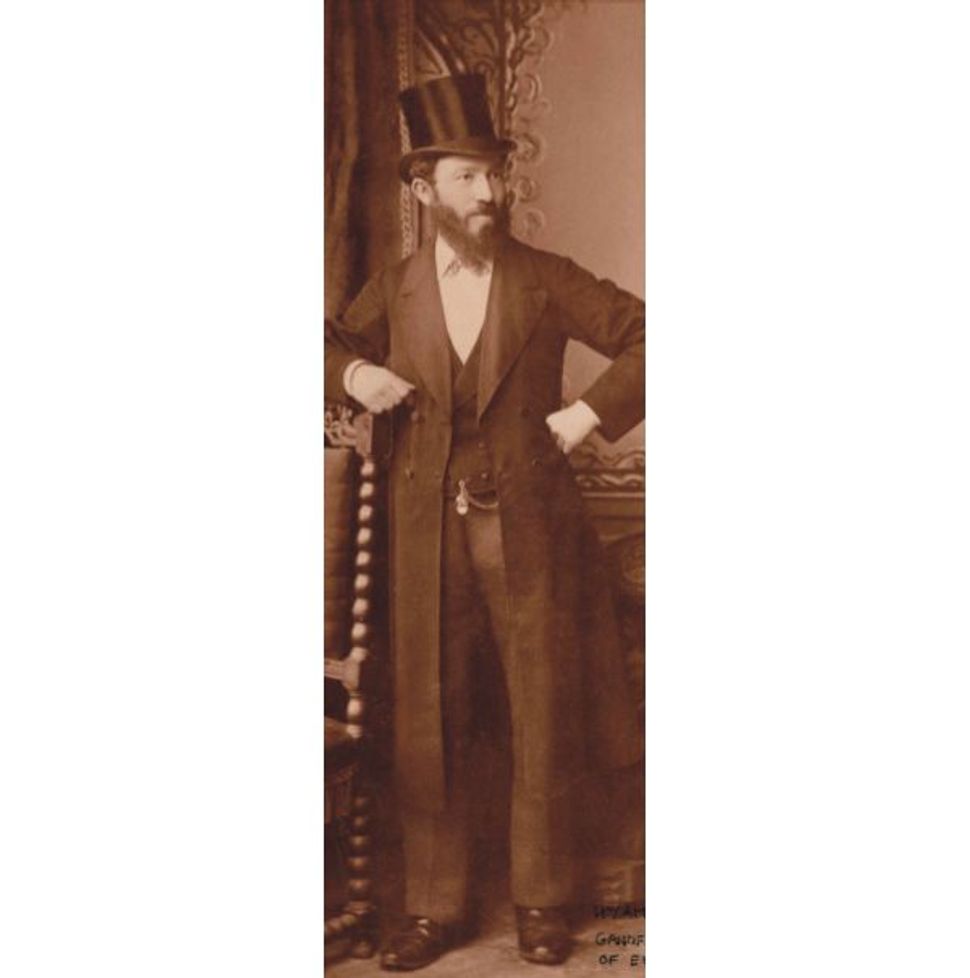 The lilt of a Yiddish-Irish brogue is not heard often in northeastern Ohio. But thanks to the efforts of Eudice Landy Gilman, we can now connect Jewish Cleveland to the Emerald Isle.

Gilman, 91 — who remembers sitting on the porch of her family’s cottage in Chippewa Lake, Ohio, and listening to her grandmother’s stories about life in Ireland — recently resurrected an artifact from her family’s past, bringing those stories to a much wider audience. Gilman’s grandfather, Hyam (Hyman) Singer, a cantor who left Riga in 1888 and immigrated to Dublin, and then to Chicago in 1901, left behind a journal of writings in Yiddish and Hebrew. The poetry records his memories from Eastern Europe and his transition to life in Ireland. Gilman, a published writer herself, received the journal in the 1960s from her sister after their mother’s death, and she promised to find a translator.

The search was a long one. Local rabbis and scholars declined the challenge of translating the densely written Yiddish text. In a remarkable feat of genealogical tenacity, Gilman turned to family members for assistance and was referred to Pollack-Mniewski Research & Translation, co-run by Forward Association archivist Chana Pollack. Now self-published as “I Will Sing You a Verse,” the journal bears witness to Singer’s experiences as an immigrant Jew and serves as an educational tool for future generations encountering the challenges of immigration.

Singer weaves together universal themes, such as the tension between tradition and modernity and the sufferings of Jews over the centuries, and more common domestic themes, such as relatives’ weddings or his own marriage. Firmly rooted in the traditional Judaism of his day, Singer seems both impatient toward and tolerant of unusual behavior and changing attitudes. For example, he writes of one friend, Reb Shimen: “How do you abandon high style and pleasure? How can you be so warped as to pray in a woman’s dress?” Then later, sounding both politically correct and respectably concerned, he writes that it is not fitting to treat a wife “like a mezuze on the door frame, first a kiss and then a rap.”

The journal was Singer’s attempt to reconcile traditional values with contemporary change. Rather than painting a realistic portrayal of events in Eastern Europe, the poems are impressionistic, suggesting Singer’s deeper response to antisemitic violence and the upheaval of immigration. The allusion to violence in towns like Kiev and Yelisavetgrad attests to Singer’s awareness of events far from his home and to the impact of pogroms throughout Jewish Eastern Europe. Singer’s strong faith is in evidence throughout the poems, but he did not hesitate to describe the challenges presented. Modern readers will find much that is familiar in his depictions of faith and despair.

The Singer family was a part of the immigration that developed the Jewish community in Ireland from the 1880s to the early 1900s. Family lore describes life for the Singer family in Dublin as “one grand spree.” In Dublin, the family located itself in the heart of the Irish-Jewish community, across the street from the Walworth Road Synagogue, today the Irish Jewish Museum. Singer may have served as cantor for the Walworth Road Synagogue. A family photo of Singer in top hat and tails suggests the high style to which the family aspired.

The Dublin Singers uprooted themselves yet again to join family members in the United States. Most of the family of Hyam’s wife, Gertrude, had settled here between 1900 and 1904. In America, Chicago became the Singer family’s home, even as children and grandchildren spread throughout the country in the 20th century. Although distant from one another, the generations are linked by their common ancestor’s interest in music and poetry. Many in the family have taken up careers in music and the other arts.

The results of Gilman’s tireless efforts to preserve her family’s history will soon be on display at the Maltz Museum of Jewish Heritage in Beachwood, Ohio. Featured as part of the museum’s core exhibition, a replica of the journal will allow visitors to trace the history of a Jewish family from one land to another and to reflect on the tension between modernity and tradition. The original, too fragile for display, is now preserved in the Cleveland Jewish Archives of the Western Reserve Historical Society. Thanks to Gilman, the rest of us can now learn about her family’s fascinating journey.

Sean Martin is the associate curator of Jewish history at the Western Reserve Historical Society in Cleveland.

A Diary Found, and a World Recovered