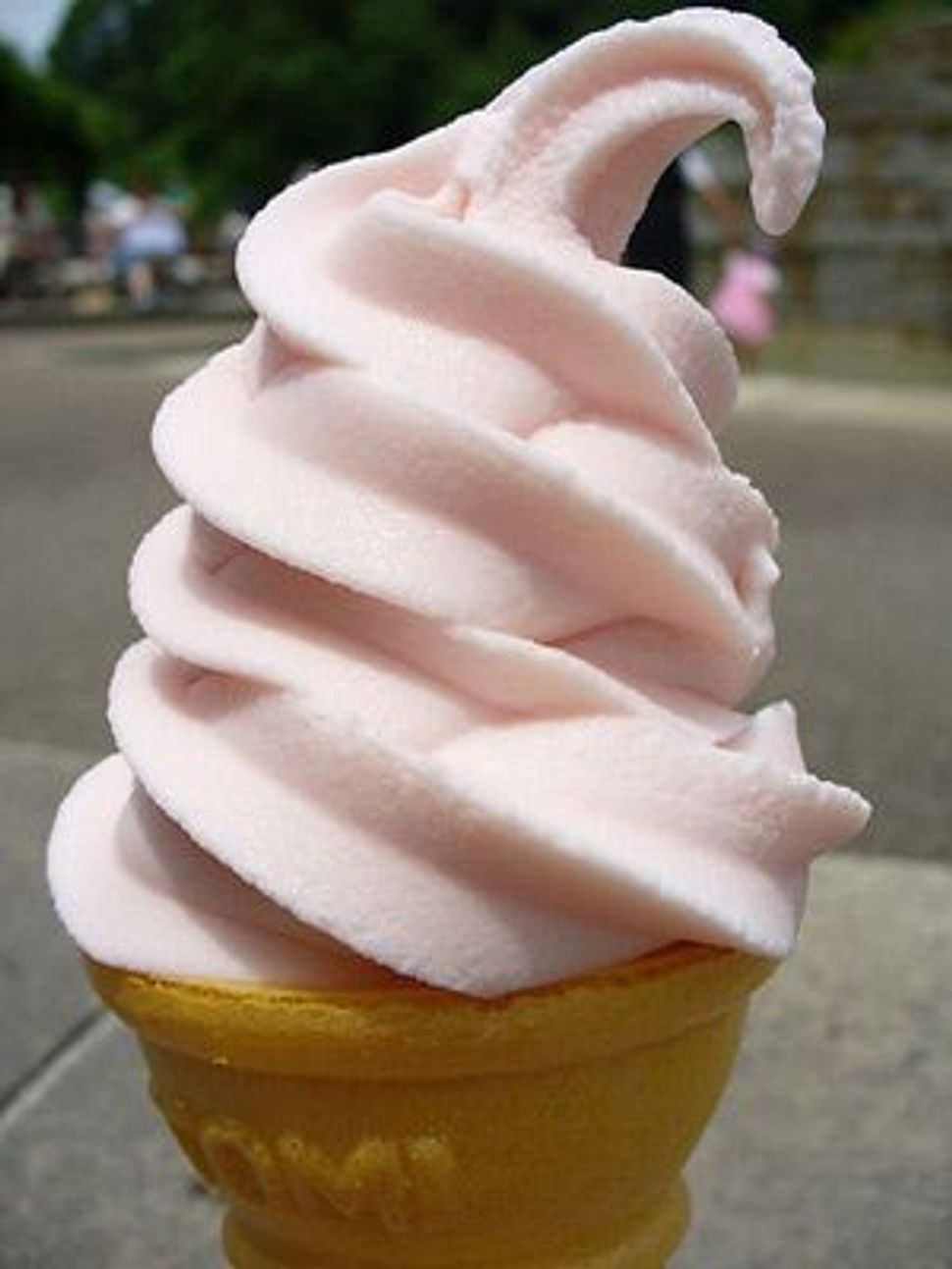 Licking Slang: Delicious ice cream is known both as glida nehederet and as akhla glida. Image by wiki commons

When, early in November, Ofer Eini, head of the Histadrut, Israel’s national trade union, publicly called defense minister Ehud Barak an ahbal for illegally employing a Filipino housekeeper without proper work papers, he was using a word you won’t find in standard Hebrew dictionaries. You’ll find it in Arabic ones, though — and in Israeli slang. There aren’t many Israelis who don’t know that ahbal means “an idiot.”

It’s interesting, despite all the tensions and walls between Israeli Jews and Palestinian Arabs, how many Arabic words have become part of Hebrew slang. Indeed, there’s little doubt that Arabic is one of the three modern languages that have most affected Israeli Hebrew, the other two being English and Yiddish. True, one would have to put it in third place, because whereas English and Yiddish have had a great impact not only on Hebrew vocabulary, but also on Hebrew sentence structure and syntax, the influence of Arabic has been, on the whole, limited to individual words. Of these, however, there is a large number, some of them indispensable to the way Israelis express themselves.

One of the most versatile of these is the Hebrew colloquialism keyf — that is, “fun,” “a good time” or “enjoyable.” It comes from Arabic keyf or kif, whose basic meaning is “a good or mellow mood.” (It also, by extension, denotes a narcotic, particularly marijuana, in which sense you’ll find it in English dictionaries as “kef” or “kif.”) Keyf can be used in a variety of ways. “It’s fun to… [do X]” is keyf l’… ;“Are you having a good time?” would be “Keyf lekha?” “B’keyf” (literally, “With keyf”) is a possible answer to a question like, “Would you like to go to the movies tonight?” a context in which it would mean, “I’d love to.” As an adjective, keyf gives us keyfi, as in “Zeh haya bikur keyfi,” “It was a fun visit.” As a verb, it gives us l’kayyef, to have a good time. And the Arabic expression ala keyfak, “great” or “terrific,” has the same meaning in Hebrew. “How was the food at that restaurant?” “Ala keyfak!”

You can also answer “Ala keyfak” if someone asks, “How are you?” but it’s more likely that you would say sababa, which is an Arabic word, too — one that means “longing” or “love” in classical Arabic, but “excellent” or “first-rate” in modern colloquial Arabic. You also might (assuming, of course, that you are feeling good) say akhla, which means “the sweetest,” “the nicest” or “the best” in Arabic, and “great” or “wonderful” in Israeli Hebrew. Akhla is interesting because although it’s a very common word in Hebrew, it behaves grammatically the way it does in Arabic, preceding the noun it modifies rather than following it, and remaining the same whether this noun is masculine or feminine. Thus, for instance, whereas in standard Hebrew, “wonderful coffee” (“coffee” being masculine) would be kafey nehedar and “wonderful ice cream” (ice cream being feminine) would be glida nehederet, in slang it’s both akhla kafey and akhla glida.

Sometimes, Hebrew takes Arabic words and puts them to uses that they don’t have in Arabic. In the latter, for example, saḥeb means “friend” and saḥbak means “your friend.” In colloquial Hebrew, on the other hand, saḥbak means a “pal” or a “buddy,” the adjective saḥbaki means “chummy” or “palsy-walsy,” and the verb l’histaḥbek means “to pal around with.” Similarly, in Arabic khafif means “light” or “nimble” and can be used in combinations like khafif er-ruḥ, “light-hearted,” while in colloquial Hebrew it means “hasty” or “sloppy.” A worker who does hasty or sloppy work is a khafifnik, and l’hitkhafef means to act like such a person.

One obvious question to ask about such words is how they got into Hebrew in the first place. Did they do so via contact between Israeli Jews and Palestinian Arabs, or, rather, via Jewish immigrants to Israel from Arabic-speaking countries? In most cases, it’s impossible to tell. Not long ago, for example, I took an interest in the word khanterish, which in both Arabic and Israeli slang has the sense of a worthless thing or person, or of “bullsh-t.” It also means “adulterated tobacco.” A Palestinian I asked about it told me that back in the 1980s, Palestinian prisoners in Israeli jails used it as a term for the cheap cigarettes they were given as part of their rations, and speculated that it might have spread to Hebrew from there via Israeli prison guards. Since khantarish probably entered Hebrew at about this time, this seemed to me a plausible explanation. Yet when I mentioned it to someone I know whose parents came to Israel from Iraq in the early 1950s, he said: “What are you talking about? Khantarish was a word I heard at home as a child.”

It may even be that Arabic khantarish entered Hebrew via both channels. Both have been conduits of contact between the two languages, which continue to exchange words between them all the time. Just yesterday, an Arab friend informed me that nudnik is now a Palestinian-Arabic word!