Yearning for the Past in the Future 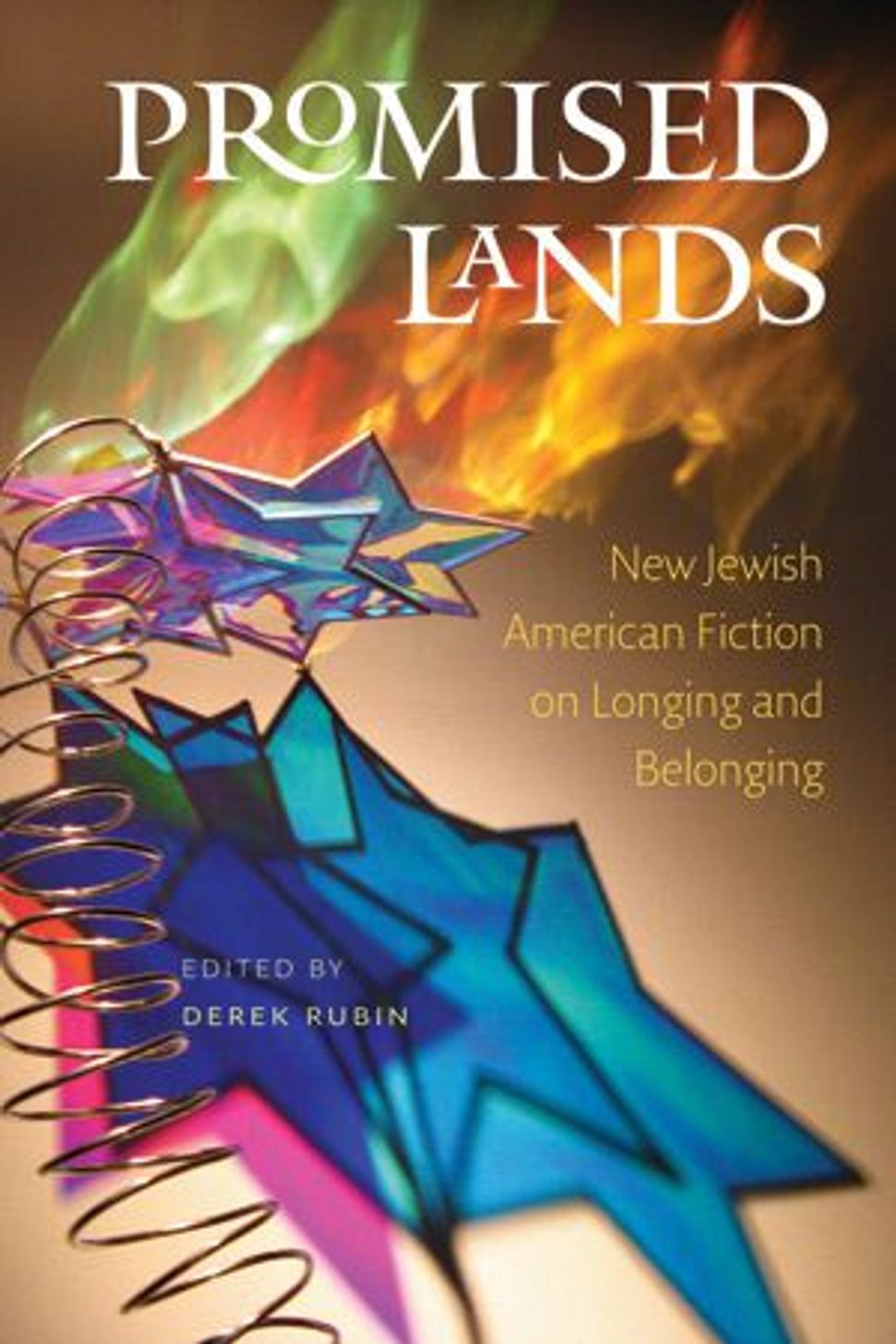 We continue to be in the tricky business of trying to define what we mean (or don’t mean) by “Jewish writer.” Any writer who is a Jew? Only a writer, Jewish or not, who includes Jewish “content” in his or her work? Or a writer, often Jewish, whose work, with or without Jewish specificity, reveals, when read closely, Jewish meaning, values or sensibility? Derek Rubin, editor of “Promised Lands,” is determined to demonstrate, as he did in his earlier anthology, “Who We Are: On Being (and Not Being) a Jewish American Writer” (Schocken Books, 2005), not only that all such Jewish writers exist, but also that whatever else Jewish writing might mean, it almost always embodies a “core Jewish theme” of longing and belonging.

Rubin has written an intriguing introduction and has brought together a group of mostly young American Jewish writers to produce an anthology of original fiction superior to its forebears, which include “Scribblers on the Roof” and “The Schocken Book of Contemporary Jewish Fiction.” (Full disclosure: I got to know Rubin in 1998 while we were both teaching at the University of Nijmegen in the Netherlands.)

Rubin has shown that Irving Howe was clearly wrong when he predicted that American Jewish literature, because it drew so heavily from the immigrant experience, had depleted its resources and was, for all intents and purposes, finished. The talented writers in “Promised Lands,” including Dara Horn, Steve Stern, Rebecca Newberger Goldstein, Thane Rosenbaum and more than a dozen others, appear to have blissfully ignored Howe’s premature pronouncement of the death of their genre. Most have instead immersed themselves in a post-immigrant, post-assimilationist, post-Holocaust context and are writing not only as identifying Jews, but also directly about redefinitions of Jewishness, religious as well as secular.

By design, in almost every story, acculturated American Jewish characters display a palpable yearning for a promised land. Quite often, the longing involves some romanticized vision of a “place” — Israel for example, as in Rivka Lovett’s wry and wacky “Leo’s Squid,” or Nessa Rapoport’s poignant tale, “Sovereignty,” which is as much about a return to youth as to a physical space. California, too, with its long-standing and powerful American promise of renewal, plays an important role, as in Adam Wilson’s “The Porchies,” the name of an informal “club” of seeming misfits whose gentile members feel so much more at ease in Boston, “where they’re at,” than Ben, the Jewish protagonist who dreams of “the Golden State” as a promised land.

Even Eastern Europe beckons as a place for reconnection and authenticity, if only as the vicariously reimagined experiences of an older generation by a nostalgic younger one. Horn’s painful yet hilarious “Shtetl World,” for example, expresses the deep loss caused by the inaccessibility of the past, a closure intensified by the contemporary romanticizing and trivializing of the Jewish immigrant experience. In Tova Mirvis’s “Potatoes,” set in a nonromanticized immigrant past, a young woman newly arrives in America and feels the promise of liberation from a dark history, but she paradoxically longs to return to her old country because her nightmarish experiences there have rendered her, she believes, unable to live fully in the new one. And Lara Vapnyar’s “Things That Are Not Yours,” written in the form of a letter from a female Russian immigrant in the United States to a prospective emigrant from Moscow, begins humorously, but soon morphs into a bitter tale of America as a failed Promised Land.

In many of these stories, however, the Promised Land is perceived not only as a geographical destination, but also as a metaphor, like the American dream, offering the enticing possibility of a more meaningful existence in the here and now; and occasionally, though rarely, this possibility is within reach. Edward Schwarzchild’s titillating “Midhusband,” for example, describes a man’s emotional journey back to his wife and child, where commitment provides the opportunity to re-enter the Promised Land of family. And in Janice Eidus’s “A Bisel This, a Bisel That,” a diverse group of magazine writers and editors facing the demise of print media, including their journal, The Promised Text, find solace in their own multicultural companionship, presenting a moving if perhaps overly optimistic image of diversity as an alternative to the digital Promised Land of present-day America. 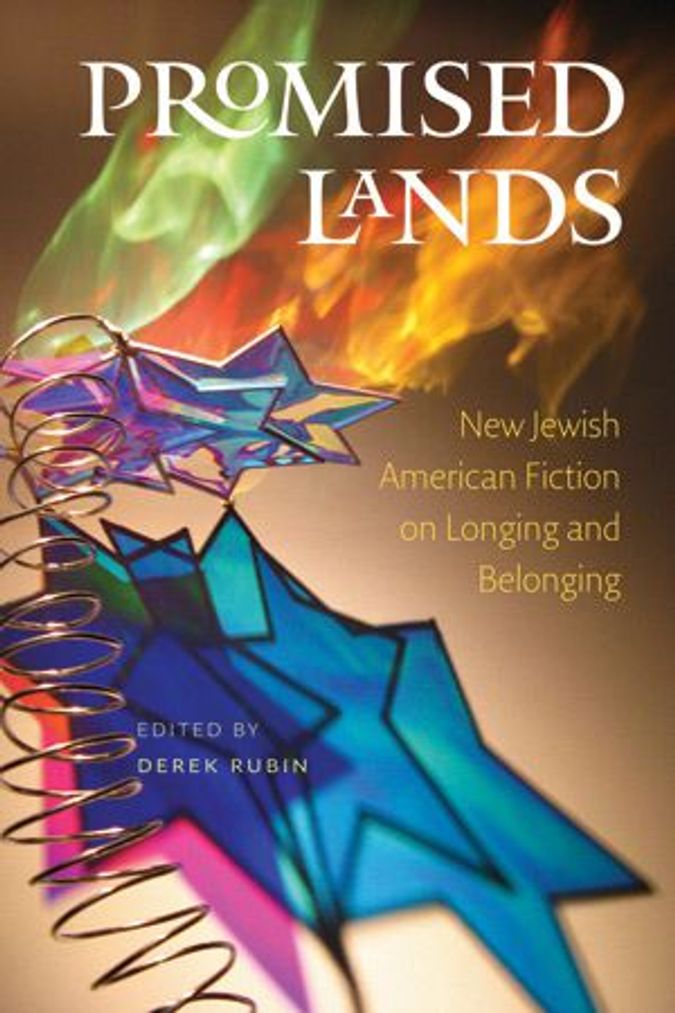 Most of the stories, however, allow their chief protagonists only failure, even to the point of murder and death in their attempts to achieve the perceived promise, as in Binnie Kirshenbaum’s “The Lunatic” and Melvin Jules Bukiet’s dark “The Florida Sunshine Tree.” Or at best we get, as with Rosenbaum’s “The Yehuda Triangle” and Elisa Albert’s “One Good Reason Why Not,” only the continuation of unfulfilled longing. Indeed, as many of these stories, solicited by Rubin, imply, it may be that the yearning itself is what is most meaningful. This is not a new idea or experience, even in the American Jewish context. One need only remember Abraham Cahan’s “The Rise of David Levinsky” or the Isaac Rosenfeld reader “Preserving the Hunger.” But it is an idea rendered here most powerfully.

Recognizing that yearning is indeed the heart of the matter can, paradoxically, bring deep satisfaction, though rarely offer peace. And as with “David Levinsky,” the yearning in these stories is at best bittersweet, or at worst bleak and deeply disturbing. In Aaron Hamburger’s edgy “The End of Antisemitism,” for example, a Jewish homosexual in the 1980s seems destined to miss out on a promised land where he can be openly gay, a land in which there is an end not only to Jew hatred, but also to homophobia and its power to isolate and threaten.

Moreover, in this collection’s very best stories, Goldstein’s “The Afterlife of Skeptics,” and Stern’s “Avigdor of the Apes,” each of which will no doubt be reproduced in numerous anthologies, the promised land is simply and tragically unattainable. Goldstein’s fictional philosophy professor, Max Besserling, a relentless rationalist utterly dismissive of metaphysics, indeed of emotion, has irretrievably lost the opportunity for a promised land of love and friendship. Stern’s Avigdor Bronfman, experiencing the harsh quotidian life of the Jewish ghetto, yearns to escape as a kind of Tarzan into a world of physical fluidity and grace; but he will live as a daring acrobat in “timeless space” only briefly before the contingencies of reality doom him to the mundane.

In the end, these stories, like all good fiction, bristle with pain and complication, but they also expand our empathy and even provide some consolation. One need not be Jewish to see in many of these magnificently crafted tales a kind of Jewish messianic expectation: a recognition that the promised land is the future; a better, more meaningful world to come, and something to strive for as well as long for.

Yearning for the Past in the Future