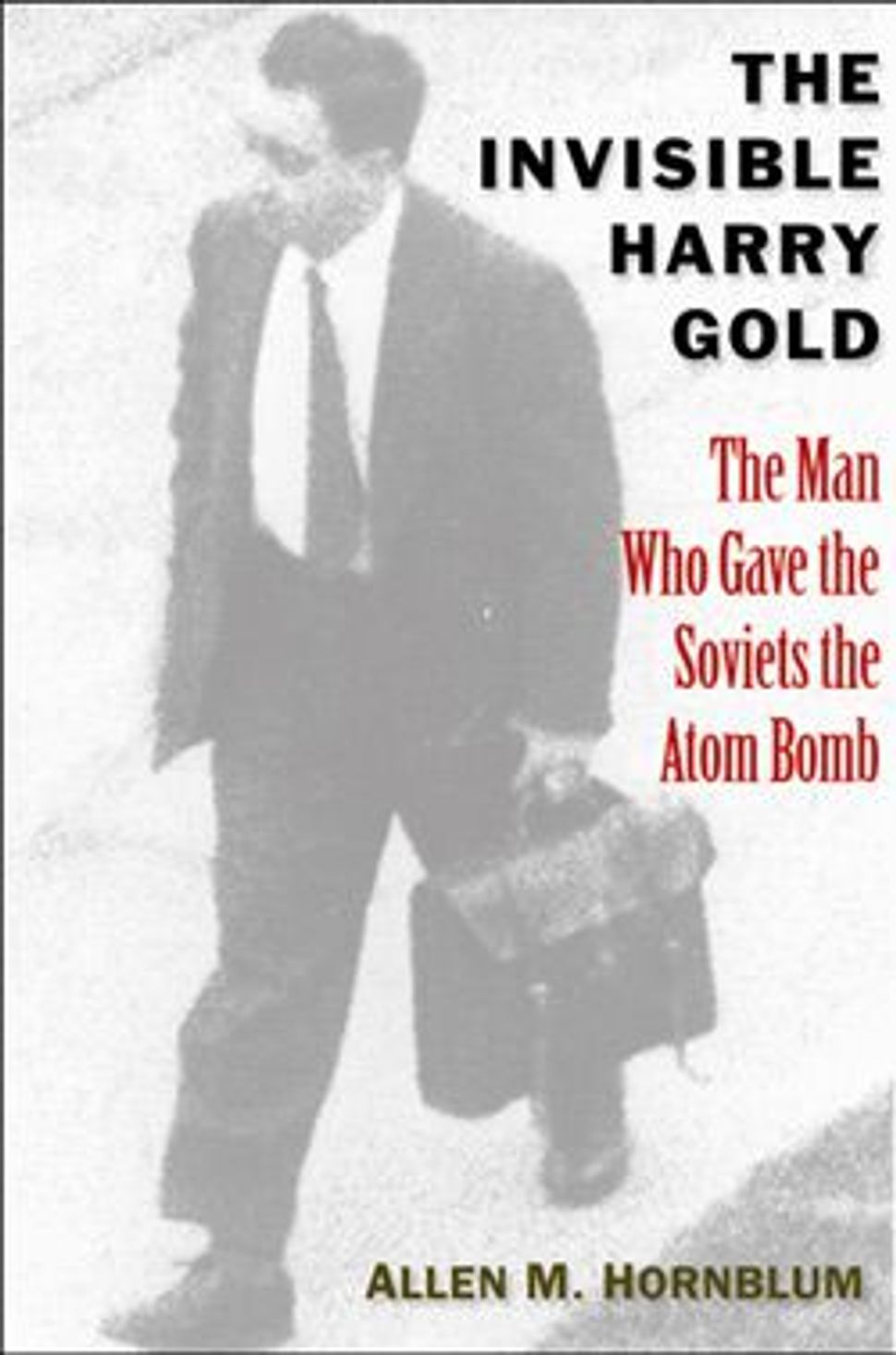 Assigned the code names “Goose” and “Arno,” Harry Gold, the son of Jewish immigrants from Kiev, served as a spy and courier for the Soviet Union from the mid-1930s until the end of World War II. A pudgy and unprepossessing chemist, he stole industrial secrets, including Kodak’s method for producing color photographs. In 1945, Gold traveled to New Mexico to pick up a step-by-step analysis of “the practical set-up” of an atomic bomb, compiled by Klaus Fuchs, a physicist working on the Manhattan Project, and to get a “rough sketch” of the weapon from David Greenglass, a brother-in-law of Julius Rosenberg. “This little man,” a confederate of Gold’s, would say, “set off an explosion that is still reverberating around the world.” 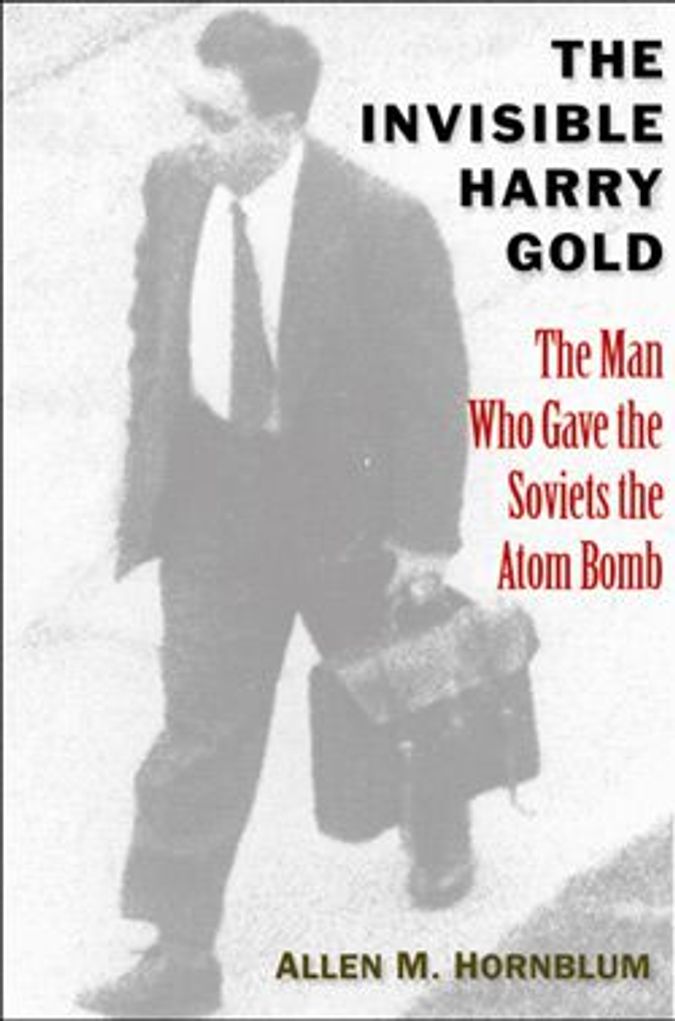 In “The Invisible Harry Gold,” Allen Hornblum, former chief of staff of the Sheriff’s Office in Philadelphia and executive director of Americans for Democratic Action, draws on trial transcripts, memoirs, interviews and recently released KGB documents to provide a richly detailed portrait of “one of the most denounced, slandered, and demonized figures in the twentieth century.”

Blessed, and cursed, with “good intentions, a submissive personality, and a progressive political orientation,” Hornblum’s Gold is disciplined, smart, lonely, pathetic and oddly appealing. Motivated by admiration for the Soviet Union, which was the only country willing to stand up to the Nazis in the 1930s and was also an ally of the United States in the ’40s, Gold did not believe he was damaging his own country. Calumny was piled upon him, Hornblum claims, not only for his disloyal and criminal acts, but also because, unlike the Rosenbergs, he told the truth when he was caught — and named names.

Although he tends too often to take Gold’s explanations of his behavior at face value, Hornblum succeeds in humanizing him. The little chemist, he reveals, enjoyed movies, classical music, comic strips and the Philadelphia Phillies. But most of all, he wanted to meet a nice girl and get married. Taken aback by his assignment in New Mexico, he worried about scraping together (or stealing) enough money to pay for his expenses — and lying to his mother about where he was going. When he was arrested in 1950, Gold was devastated by the hate mail sent to his family. One note sent to his father proclaimed: “Your son Harry should be hung, and all Jews who call themselves ‘Russians’ and who love Russia more than the USA. What we need here is a Hitler to decimate Jews, Yids, and Kikes.” And he insisted on pleading guilty to espionage, forbidding his pro bono lawyer, John Hamilton, former chair of the Republican National Committee, to cut a deal for him.

Imprisoned at the United States Penitentiary in Lewisburg for more than a decade, Gold was a model inmate. He spent his free time at the prison library, attended Jewish services regularly and volunteered as a subject in an infectious-hepatitis experiment. Working in the Lewisburg laboratory and hospital, he designed — and patented — a “practical and rapid blood sugar test” used to diagnose diabetes. Following his release, in 1966, Gold acknowledged “the hideous mistake” he’d made and how things “had snowballed.” He got a job at Philadelphia’s Kennedy Memorial Hospital and endeared himself to just about everyone he encountered.

Hornblum demonstrates that Gold does not deserve such labels as “pathological liar,” “fantasist” and “FBI dupe,” all used by writers and scholars who believed he had helped frame Julius and Ethel Rosenberg. He makes a compelling case, as well, that Gold should not have languished in prison longer than Fuchs and Greenglass. Beyond that, one wonders, does it matter that he was a “nice guy”? Gold knew, as does Hornblum, that even if he could justify his behavior to his friends and to himself — and he could not — “the stigma of his crime would never wash off.” Well, maybe it shouldn’t.