A Worm in the Machine 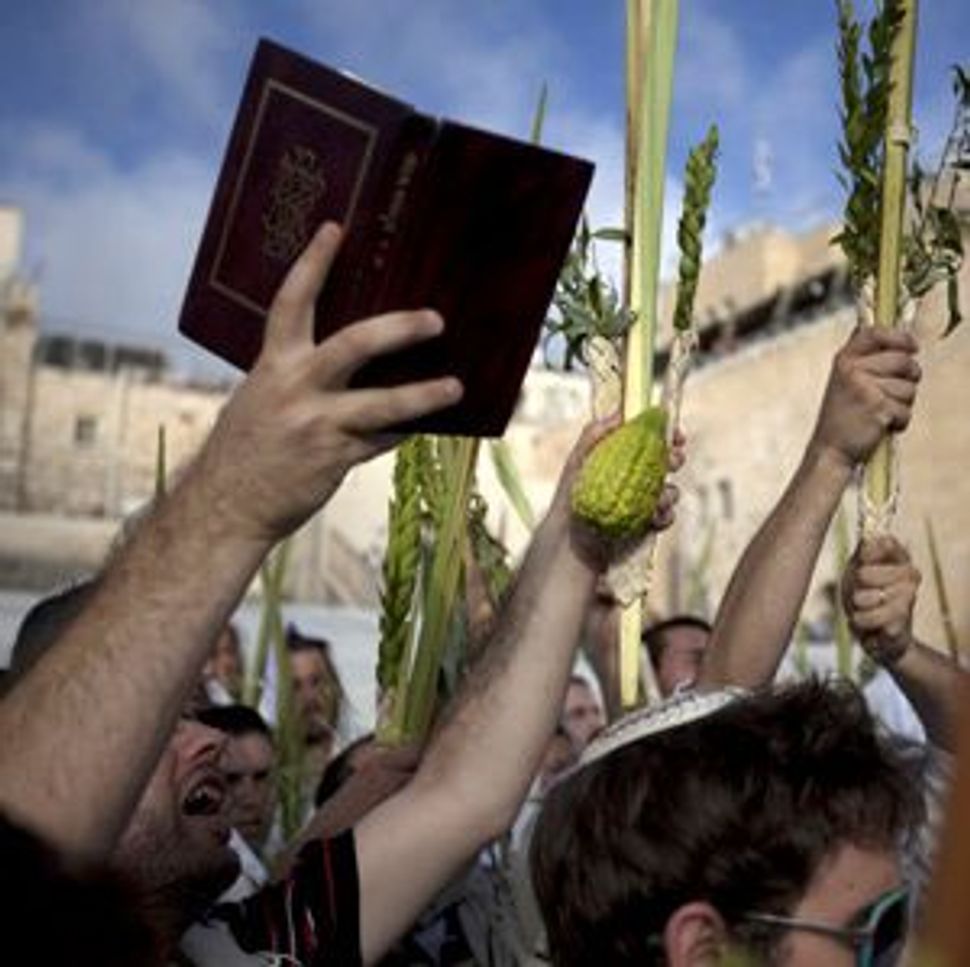 My Myrtle: Shaking Lulavs at Sukkot. Image by GETTY IMAGES

“The November 18th New York Times carried an article entitled ‘Worm Was Perfect for Sabotaging Centrifuges.’ In it appeared the sentence: ‘Ralph Langner, a German expert in industrial control systems who has examined the [computer] program [in question] and who was the first to suggest that the worm may have been aimed at Iran, noted in late September that a file inside the code was named ‘Myrtus.’ That could be read as an allusion to [the Book of] Esther, the Old Testament tale in which the Jews preempt a Persian plot to destroy them.’

“The Times did not see fit to explain the connection. Will you?”

I’ll be glad to, especially because it’s a simple one. Myrtus is Latin for the common myrtle bush, Myrtus communis, a hardy, drought-resistant plant of the Mediterranean and Middle East with small white flowers, an inedible fruit that looks rather like blueberries, and dark green leaves that yield an aromatic oil sometimes used for medicinal and flavoring purposes. Although the myrtle, or at least the one I have in my garden, has no smell when left alone, its leaves give off a pleasantly pungent odor when crushed.

In Hebrew, the myrtle — which (along with the citron, the willow branch and the palm shoot) is one of the four plants ritually associated with the holiday of Sukkot — is called hadas. And in the Book of Esther, in the second chapter, we read that there was “in Shushan [the ancient Persian capital city of Sousa] a Jew named Mordecai… who raised his uncle’s daughter Hadassah, that is, Esther.” The Hebrew name Hadassah, whose only occurrence in the Bible is here, clearly comes from hadas, a fact that could very well have been known to whoever decided to give the name of Myrtus to a program designed to sabotage Iranian centrifuges. 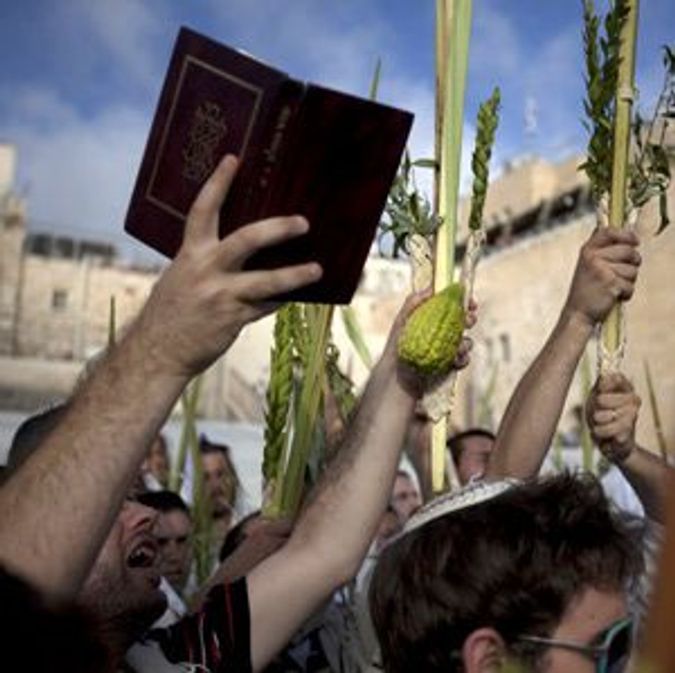 My Myrtle: Shaking Lulavs at Sukkot. Image by GETTY IMAGES

But what exactly are we to make of the phrase “Hadassah, that is, Esther”? Why would Mordecai’s cousin have had two different names? And which of the two, if any, was her real one?

To answer this question, we have to consider the name Esther. Unlike Hadassah, it is not Hebraic in origin. At least three different scholarly theories have been advanced concerning its origins:

Whichever of these explanations is the correct one, this would seem to be the first time in Jewish history that we come across a custom that was eventually to become extremely common among Jews — that is, the giving of two names: a Hebrew one for intra-Jewish and Jewish ritual uses, and a non-Hebrew one for use in general society. One need only think of all the Shlomo/Stanleys, Re’uven/Rogers, Batya/Brendas, Malka/Melanies etc., who exist among American Jews to appreciate the extensiveness of the phenomenon.

It all goes back to Esther, who presumably would have been at a disadvantage entering Ahasuerus’s beauty contest with an outlandish (to Persians) name like Hadassah. True, we have an earlier case in the Bible of dual naming, that of Joseph, the Hebrew Yosef — who, the book of Genesis tells us, was given the Egyptian name of Tsofnat Pa’neaḥ by Pharaoh. (How anyone, even an Egyptian, could think that easier to say than “Yosef” is a good question.) But in Genesis, the non-Hebrew name is given to the Israelite by a non-Jew, whereas in the Book of Esther it is apparently bestowed on Hadassah by her parents, if not by Mordecai or even by Hadassah herself.

Presumably, we will one day know whether the authors of the Iranian computer worm were indeed thinking of the Book of Esther when they named their program Myrtus. Such secrets have a way of coming out in the end. Meanwhile, although the Myrtus worm has not stopped the Iranian nuclear program, one may be allowed to hope that it has slowed it down enough so that, as the Book of Esther puts it, “relief and deliverance will arise for the Jews from another place.”

A Worm in the Machine