Is Yiddish Literature the Next Big Thing?

The Brothers Ashkenazi
By I.J. Singer, translated by Joseph Singer
Other Press, 432 pages, $16.95

The Magician of Lublin
By Isaac Bashevis Singer
Farrar, Straus and Giroux, 256 pages, $15

The Yiddish-American novel has always been vexed by its double-foreignness: It is “Other” not just by virtue of its language, but also by virtue of its subject, which, with very few exceptions, tends to be the Old World rather than the new. Such texts, of course, trouble and challenge our definitions of what constitutes “American” literature in the first place. “America” within the Yiddish novel of the United States is fundamentally problematic — not least because it’s hardly present.

The appearance this fall of three significant Yiddish-American texts in translation may hopefully prompt discussions of these matters among readers. The Other Press has republished I.J. Singer’s “The Brothers Ashkenazi,” while Farrar, Straus and Giroux has published a 50th-anniversary edition of Isaac Bashevis Singer’s “The Magician of Lublin.” In addition, Yale University Press has produced a long-awaited retranslation and republication of Jacob Glatstein’s two autobiographical novels, edited and with an introduction by Ruth R. Wisse, under the new title “The Glatstein Chronicles.” 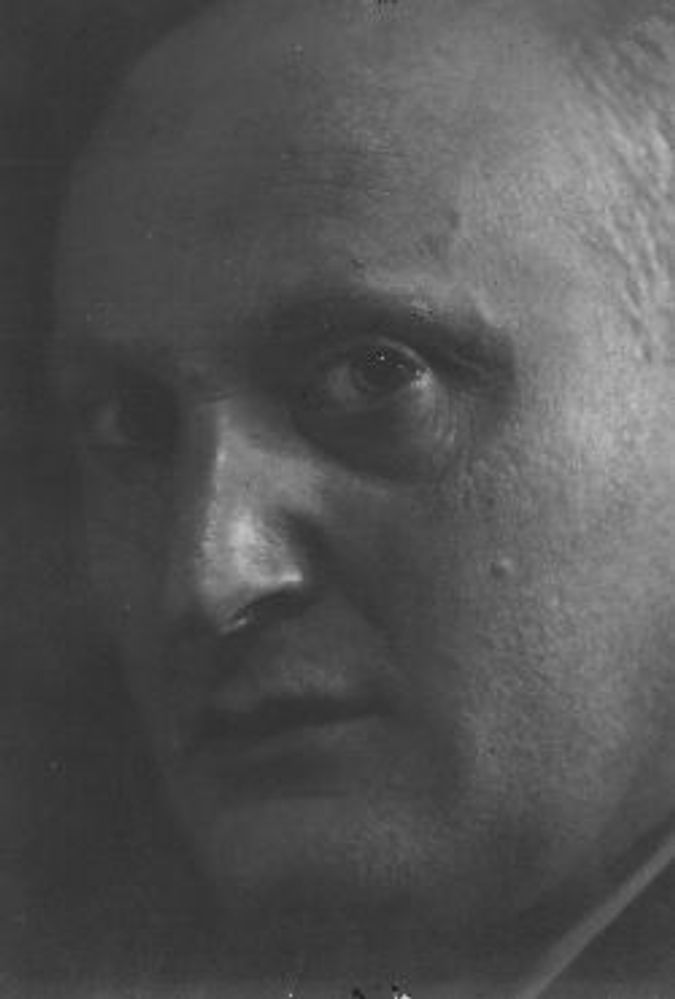 I.J. Singer (known as ?Yud Yud? for his initials in Yiddish) was overshadowed by his brother Isaac Bashevis, but his re-released masterpiece ?The Brothers Ashkenazi? is more than a match for Bashevis?s re-released classic ?The Magician of Lublin.? Image by Forward Association

The novels of both Singers were written and published in the United States; they were popular in both Yiddish and English. “The Brothers Ashkenazi,” a thick, epic family novel about the rivalry of two brothers in Lodz, was I.J. Singer’s first novel written and published in America. It was quickly translated and published in English in 1936, and became a New York Times best-seller. The fraternal contest of the plot is probably what prompted both Irving Howe in 1980 and Rebecca Goldstein in 2010 to begin their respective introductions to “The Brothers Ashkenazi,” with a comparison of I.J. to his younger brother, lesser known than the author when this novel was published. That Goldstein spends so much time discussing Isaac Bashevis before turning to I.J. makes sense, given the former’s domination these days of the Yiddish literary market in English.

By 1960, Isaac Bashevis’s reputation in English was so established that his novel “The Magician of Lublin” appeared in English before its Yiddish serialization in the Forverts. The novel takes place in 1870s Poland and describes a Houdini-like, womanizing performer named Yasha Mazur who becomes a penitent. Milton Hindus, in his New York Times book review of 1960, admired Isaac Bashevis’s depiction of the “grotesque side of humanity” and compared the novel favorably to Sholem Ash’s “Mottke the Thief” and “God of Vengeance.” Fifty years later, of all these writers, only Isaac Bashevis, now enshrined in the Library of America College Editions series, has had the good fortune to remain in the American Jewish popular consciousness.

These reprint editions are welcome efforts, but serve to expose how much more already translated work remains out of print and difficult to find. Those who become interested in I.J.’s other translated novels after reading Goldstein’s excellent forward and Howe’s informative introduction of 1980 (both are included in the new edition) will find that none of them is in print. As popular as Ash was a generation or two ago, only two or three of his roughly 27 translated novels are now in print. In an interview with the Forward, Dara Horn, the Harvard-educated author of the novels “The World To Come” and “All Other Nights,” observed of this scarcity of Yiddish translations in print, “Truthfully there is no longer any reason for anything to be out of print now that there is such a thing as print on demand.”

The appearance of “The Glatstein Chronicles,” on the other hand, is truly a landmark happening in the field of Yiddish literature, offering what has long been recognized as a modernist masterpiece a worthy translation at last. The first volume has been newly translated by Maier Deshell; the second volume’s original translation, by Norbert Guterman, has been slightly edited. Perhaps no Yiddish novel defies so many categories as poet Glatstein’s modernist autobiographical travel narratives of 1938 and 1940, “Ven Yash iz Geforn” and “Ven Yash iz Gekumen.” Literally “When Yash Set Out” and “When Yash Arrived” (translated into English as “Homeward Bound” and “Homecoming at Twilight,” respectively), these novels were inspired by Glatstein’s own visit back to Poland for the first time in 20 years, as he was summoned to his mother’s deathbed. The first volume describes the voyage, ending as the narrator approaches Lublin. The second volume takes place in an unnamed Polish-Jewish resort where the narrator has gone to recover from the grief of his mother’s death. The novels themselves are in literary dialogue with such contemporary novels as Thomas Mann’s “The Magic Mountain” (which Isaac Bashevis Singer had recently translated into Yiddish) and S.Y. Agnon’s “A Guest for the Night,” both now classics in the Western and Jewish canons.

Glatstein continually upsets his readers’ expectations: The books, his first novel-length forays into prose, are not real travelogues, nor do they seem truly autobiographical, as confessional as they promise to be. The central precipitating event — the death of the narrator’s mother — is not even represented. Instead, Glatstein weaves personal reminiscence with charged encounters with other travelers, first with the international characters on board the ship, and then, in the second volume, with the other Jews ensconced in the sanatorium-hotel. Pulsing underneath is history, relentless and implacable: Hitler’s ascent to power, Europe’s descent into totalitarianism and anti-Semitism, Jewish civilization under unbearable pressure. These are among the most challenging and ambitious works in Glatstein’s oeuvre, and perhaps in all of American Yiddish literature.

The Yash novels describe characters that are all in transit. Surprisingly, however, Wisse, professor of Yiddish literature at Harvard University, argues that the novels are nevertheless deeply American: “Not accidentally American but philosophically, culturally, psychologically, American…. The discovery of this work would require some new kind of effort, some openness and curiosity.” But whether readers will demonstrate the curiosity and openness required for Glatstein’s modernism remains to be seen. After all, America’s vibrant Jewish literary and cultural scene mostly engages with Yiddish in symbolic, even superficial ways, in what author Steve Stern calls “Yiddishkeit lite.” What is considered a momentous and deeply significant publication in the scholarly world (and in Israel, where the Glatstein translation into Hebrew generated great excitement) often exerts only small effects on what Wisse calls the “Jewish Street.” The New Yiddish Library has published several profoundly important translations in the past four years — in addition to “The Glatstein Chronicles,” Yehoshua Perle’s “Everyday Jews,” David Bergelson’s “The End of Everything” and Lamed Shapiro’s collected works. The recent passing of Avrom Sutskever, the iconic Yiddish poet, as well as the opening of Chaim Grade’s archives after the death of his widow in May of this year, further invited speculation, in various news outlets and in academic circles, about renewed attention to Yiddish. But none of these cultural happenings has yet produced a popular re-evaluation of Yiddish literature.

What’s more, there are only two more translation projects slated for the New Yiddish Library Series, a publication project that migrated to Yale University Press from Schocken Books and that is now fated to disappear (see the Forward, March 2, 2007). According to Justin Cammy (full disclosure, my husband), who teaches Yiddish literature at Smith College and served on the editorial board of the New Yiddish Library, the wish list of priority translations, robustly debated among the most significant Yiddish scholars, ran several pages long. Despite scholars’ best efforts, there seem to be no other pending major translation projects sponsored by publishing houses or Jewish foundations. Horn added, “Unfortunately we have barely even covered the masterpieces when it comes to translation.”

In a Forward interview, Cammy asked: “In 500 years, what will Jewish scholars say about our era? In a time when most Jews outside Israel cannot engage with a Jewish language, it is time to embark on the largest translation project in Jewish history, a type of cultural archaeology and activism for our time, comparable to the Yavneh of antiquity which produced the most radical re-visioning of Jewish culture. What we need is a commitment over the next 20 years to translate the 200 most important texts of Yiddish civilization.”

Scholars, translators, teachers and advocates exist. But, they are asking, does a marketplace?

Rachel Rubinstein is associate professor of American literature and Jewish studies at Hampshire College and the author of “Members of the Tribe: Native America in the Jewish Imagination” (Wayne State University Press, 2010).

Is Yiddish Literature the Next Big Thing?