What? Is There Something in the Water? 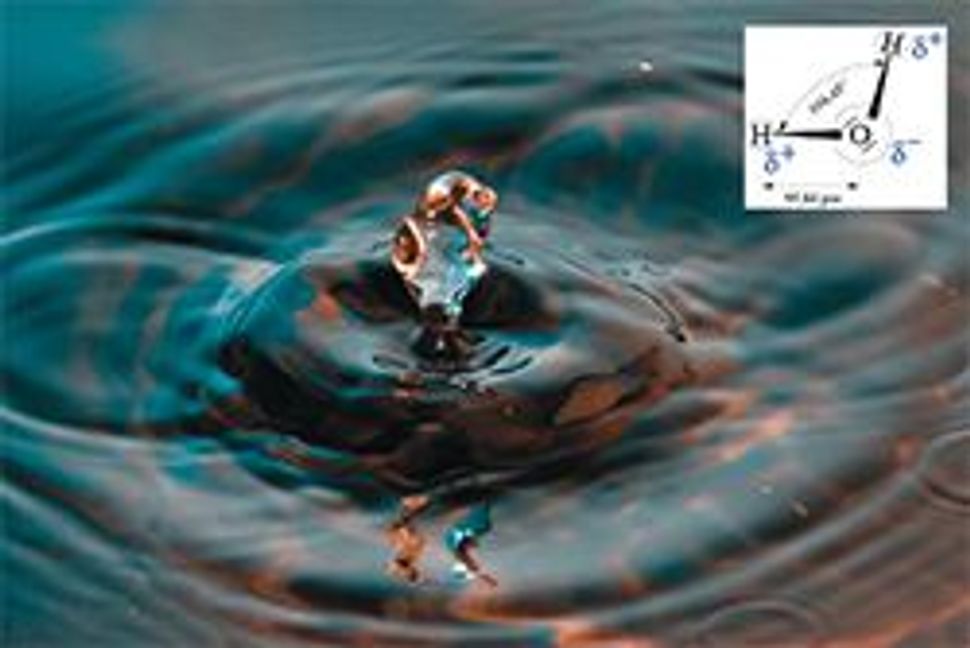 We Need It To Live: The beauty and wonder of water makes us question its nature. Diagram : Patrick-Emil Zörner from Wikimedia Commons Image by Noodlesnacks.com, Wiki-Commons

“I was recently struck by the following, which I find perplexing. It seems that in many languages, the word for ‘water’ contains in it the word for ‘what.’ Besides English ‘water’ and ‘what,’ for example, we have German wasser and was, Latin aqua and qua, Hebrew mayim and ma, and so on. Is there some hidden connection behind these languages, or are we looking at a widespread anomaly in language itself?” 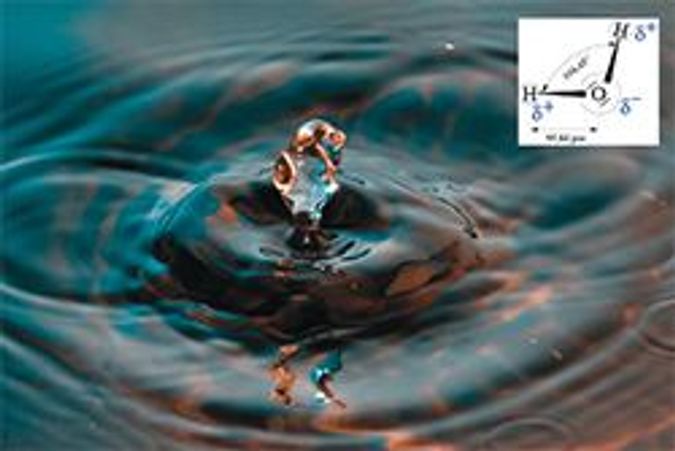 We Need It To Live: The beauty and wonder of water makes us question its nature. Diagram : Patrick-Emil Zörner from Wikimedia Commons Image by Noodlesnacks.com, Wiki-Commons

Although Mr. Lerner’s question is not, on the face of it, unreasonable, it fails to take into account, like many of the queries that readers send me about intriguing resemblances between words, the processes by which languages grow and change. One has to remember, after all, that most words in any language are the result of thousands of years of development, and that just as two words that don’t look or sound at all alike may turn out, if we go far back enough in time, to have a common ancestor, so two other words that do appear similar may be unconnected. One has to know something about a word’s history before drawing conclusions about its relationship to other words.

Take the English words “water” and “what.” English belongs to the Germanic family of languages, other members of which have close cognates of “water” and “what”: for example, Swedish vatten and hvad, Dutch water and wat (the Dutch “w,” like the German one, is pronounced “v”), etc. — all deriving from an ancient parent tongue known to linguists as proto-Germanic. Although there are no actual examples of proto-Germanic, it is possible to reconstruct its vocabulary by looking at such cognates and, with the help of known rules of phonetic change, and deduce the prehistoric word from which they must have descended. In the case of “water,” this is conjectured to have been something like wedor. In the case of “what,” it was probably something like khwat. Wedor and khwat certainly don’t look as similar as do “water” and “what.”

But we have to go back even further than that. The Germanic family of languages belongs to a larger family called Indo-European, in which one finds such seemingly diverse tongues as Russian and its Slavic cousins, Lithuanian, Gaelic, Welsh and Latin; its Romance descendants, Greek, Albanian, Kurdish, Persian, Pashto, Urdu; the many Sanskrit-derived languages of northern India, such as Hindi, Punjabi, Marathi, Gujerati and Bengali, and a variety of extinct languages, like Hittite and Tocharian. Moreover, just as linguists can re-create, with some degree of accuracy, proto-Germanic, they also can re-create proto-Indo-European.

When this is done for “water,” taking into account such words for it as Russian voda, Greek hydor (from which English gets “hydrant” and “hydraulic”), Sanskrit udan and Latin unda (which came to mean “wave,” as in our “undulate”), we get a hypothetical wodr. (Latin aqua comes from another root entirely.) And when we do the same for “what,” we get kwos. Kwos accounts for Latin interrogative pronouns, like qua, quis and quid, as well as for “what” words, like Sanskrit kas and Hittite kwis. The “wh-“ of such English interrogative pronouns as “where,” “when,” “who,” “why” and “which” also goes back to the same proto-Indo-European kw-.

It was a process of slow convergence, then, that caused wodr and kwos to end up as “water” and “what,” or as Wasser and was, after many thousands of years of phonetic change. (Proto-Indo-European probably began to divide into different daughter languages in about 4000 B.C.E.). Moreover, even in English, in which “wh-” was once pronounced (as it still is, by the rare speaker) with an expulsion of air through pursed lips by inflated cheeks, “water” and “wha” did not always share the same initial consonant. The resemblance between them turns out to be purely coincidental.

So much for any supposed linguistic link between whatness and wateriness. Never underestimate the power of coincidence. And on the other hand, who but a trained Indo-European linguist would ever guess that Lithuanian vanduo and Albanian ujë, each of which means “water,” too, have a common ancestor in proto-Indo-European wodr, or that Welsh beth and Persian ché, both meaning “what,” are distant cousins descending from kwos? Appearances can be deceiving in many things, but never more so than when it comes to etymologies. The connections between words often aren’t what they seem to be.

What? Is There Something in the Water?