Was the Bard a Beard? 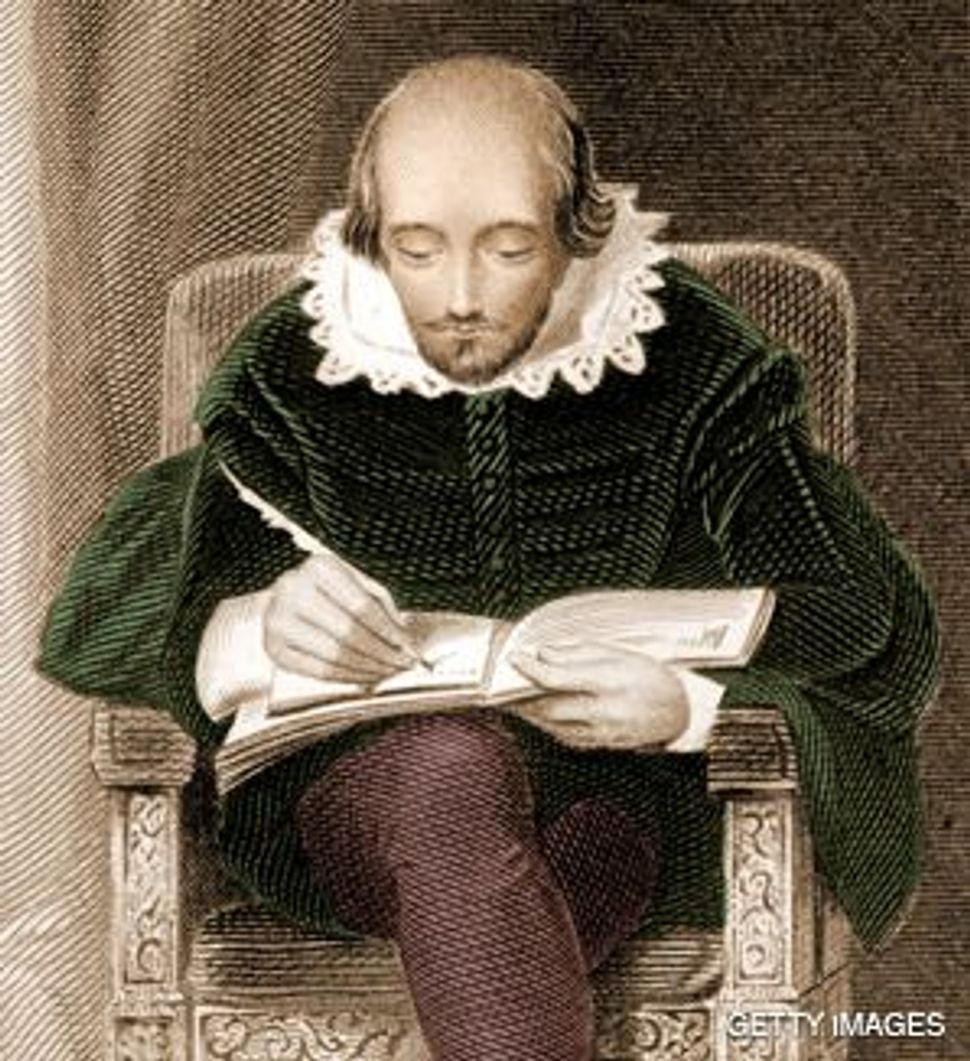 Amateur Shakespearologist John Hudson is not the first to question whether the actor William Shakespeare was actually the author of the body of work we’ve come to know as his, but Hudson is the first to suggest that the true author was a Jewish woman named Amelia Bassano Lanier. Of Italian descent, Bassano lived in England as a Marrano and has heretofore been known only as the first woman to publish a book of poetry (“Salve Deus Rex Judaeorum” in 1611) and as a candidate for “the dark lady” referred to in the sonnets. 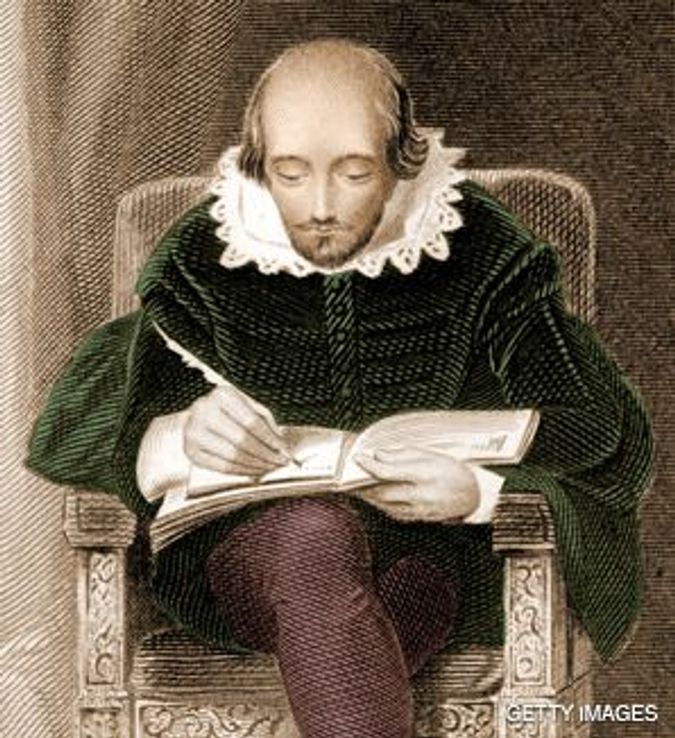 Hudson is the first to argue that she’s the true author of those sonnets.

He is so convinced of Bassano’s authorship that he formed a theater company, The Dark Lady Players, to bring out, through performance, the true meanings of the plays as, he argues, Bassano intended them.

The theory rests largely on the circumstances of Bassano’s life, which Hudson contends match, much better than William Shakespeare’s did, the content of “Shakespeare’s” work. But Hudson has also identified technical similarities between the language used in Bassano’s known poetry and that used in “Shakespeare’s” verse. And he has located clues in the text — recently noted Jewish allegories and the statistically significant appearance of Amelia Bassano Lanier’s various names in the plays — that he says point to her as the only convincing candidate for the author of Shakespeare’s work. (For more details, visit www.darkladyplayers.com.)

And Hudson’s no charlatan. Holding numerous degrees from various prestigious academic institutions, in a range of specialties from Shakespeare and dramaturgical theory to sociology and anthropology, Hudson has spent most of his career as a cognitive scientist, restructuring the communications industry and inventing new industry models — exactly what he is now doing with Shakespeare. So prepare to rethink everything you learned in your high-school English classes.

Rebecca Honig Friedman, who blogs at jewess . canonist . com, recently caught up with Hudson for a chat.

Rebecca Honig Friedman: In your mind, is this the hugest literary hoax ever pulled off or the worst example of a man stealing a woman’s glory?

John Hudson: I don’t think this is a hoax. It is a stratagem she used to get her work published, as many other women have done, by having their work published under a man’s name. In Elizabethan London, women could not write original literature at all, let alone plays, so this was her only option.

RHF: So do you consider it a triumph on Bassano’s part?

J.H.: The example I use is that of the Pharos Lighthouse of Alexandria. In order that his name might be known, the architect Sostratus had his name carved on the stone base, then covered over with a piece of plaster with a dedication to the king. In time the plaster fell away, revealing the architect’s name. Amelia’s strategy was to leave behind a preposterous case for William Shakespeare, which has now fallen away, revealing the true creator who is now at last visible.

RHF: How much knowledge of Jewish texts was Bassano likely to have as a Marrano and a woman?

J.H.: There was only one Talmud known in England, in the Westminster Cathedral library; however, talmudic teaching was also oral, so individual quotes could have been transmitted that way. There are several quotes from the Pirke Avot, which was available as a standalone volume in Latin, as was the Zohar.

There were women scholars at the time, including one who was a distant relative of the Bassanos: Donna Ana (Reyna) de Nasi continued her mother’s vision and support for Torah scholarship, and in her 50s set up a printing press at Belvedere Palace that published a dozen Hebrew books from 1592 to 1599, including an allegorical drama and a talmudic treatise.

RHF.: Why would Bassano have written sonnets about herself as “the dark lady”?

J.F.: The Sonnets have several voices, and the so-called dark lady sonnets are written to herself in the third person, describing a woman whose cheek is gray and whose breasts are dun.

RHF.: We are told that Shakespeare’s works are timeless. But your staging of “A Midsummer Night’s Dream” and the upcoming “As You Like It” puts a specific, time-bound spin on the plays. Are you not damaging their appeal — even their genius — in some way?

JH: Some directors anachronistically set the plays at the North Pole or in outer space or in a Mafia village. They therefore destroy and suppress the allusions that the plays contain and make them impossible to discern. I understand why directors who do not understand the plays might resort to such misleading devices. But they should do so no longer, and should use their staging to reveal what the author really meant.

RHF: Many actors seem to enjoy the fact that Shakespeare was an actor, too. Does the idea that Bassano has written the plays change that aspect of their appeal?

J.H.: All the world is a stage, and this was especially true at the Elizabethan court, where courtiers were constantly creating and performing meta-theatrical dramas to persuade the queen about various issues. This is where the author learned his or her highly developed sense of theater, and as a Marrano passing in a Christian society, she had to act every moment of her life.

RHF: Your theory adds a new layer to the manipulation of gender roles in Shakespeare’s plays, doesn’t it?

J.H.: Yes, the Shakespearean plays have more examples of women characters dressing up as men than in the whole of the English theater up to that point. Now we know why.

Was the Bard a Beard?