Forgotten Witness to the Gulag 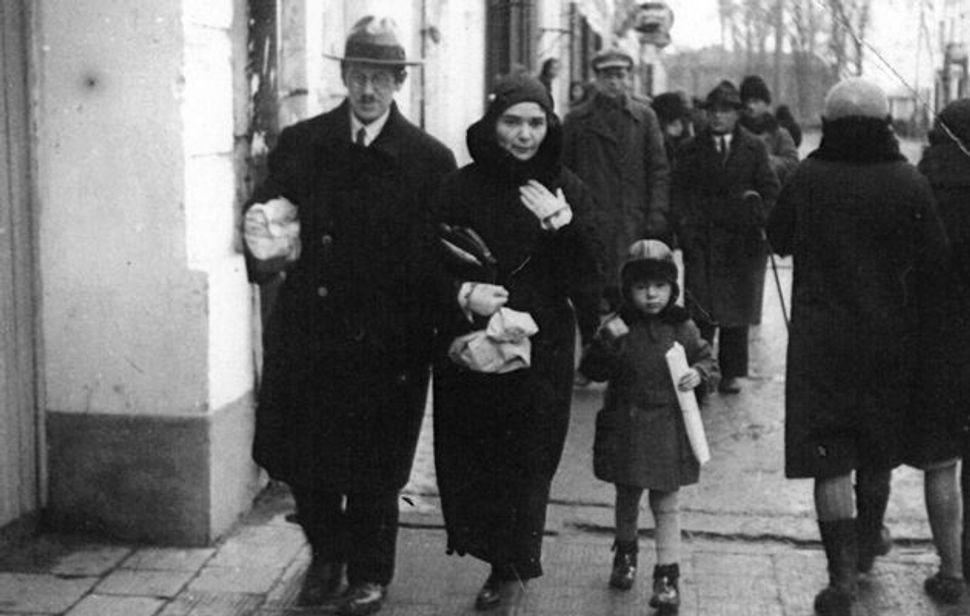 If a writer’s message is unwelcome, it may not be heeded for many years. January 21 marks the 40th anniversary of the death of the Polish Jewish author Yuli Borisovich Margolin at age 70. Margolin — whose first name is also transliterated as Julius or Yuly, and was also known as Yehudah in Israel — should be as familiar a name as Solzhenitsyn for bearing witness to the Soviet gulag system. Yet the first-ever complete edition of Margolin’s almost 800-page-long gulag memoir in any language only appeared last November from the small Paris literary press Les éditions Le Bruit du temps.

“Voyage au pays des Ze-Ka” (“Trip to the Land of Ze-kas”), now edited and translated by Luba Jurgenson — a Moscow-born Sorbonne professor who specializes in modern Russian history — was written in 1946 but neglected for decades. In France, an abridged edition of Margolin’s book appeared in 1949, under the title “La Condition Inhumaine” (“Inhuman Condition”), a title which parodied that of André Malraux’s naïve prewar Marxist novel, “La Condition Humaine” (“Man’s Fate”). This was followed by another abridged Russian-language version, which appeared from a New York publishing house, since it was impossible to print it in Stalinist Russia. An unsparing, often furious narrative, Margolin’s work was out of sync with widespread Western European admiration for the USSR.

Born in Pinsk, Margolin earned a doctorate in philosophy at the University of Berlin in 1929, but became a resident of Palestine in 1937, after meeting Ze’ev Jabotinsky and other leading Zionists. Unfortunately, Margolin decided to visit his homeland in 1939, just before war broke out. He was arrested in Pinsk in 1940 and imprisoned by the Soviet secret police as a “Ze-Ka” (or Z/K). The term is a Russian-language abbreviation for zakliuchyonnyi, or “inmate,” a term which originally referred to prison laborers who built the White Sea Canal in the early 1930s. Unlike 8,000 of the slave laborers who died in that earlier project, Margolin survived his imprisonment in several gulags. He returned to Palestine in 1946, where he wrote his memoir in Russian, finally finishing the book in 1947.

However, Israeli publishers and politicians did not want to hear about the gulag system in the USSR, which was seen as a wartime ally against Hitler. In February 1946, Margolin wrote letters to such leading Israeli politicians as Yitzhak Ben-Zvi, Moshe Sharett and Yosef Sprinzak, informing them of the situation of Soviet Jews imprisoned in the gulags; none of these leaders replied. Nor did English-language publishers take any interest, despite the advocacy of Arthur Koestler. (Jurgenson notes that Koestler “tried in vain to interest influential English-language personalities to get the book published.”)

Margolin’s book caused some stir in Europe, mostly in conservative circles. Excerpts were serialized in the right-wing newspaper Le Figaro, and these were accentuated when the French political activist and Buchenwald survivor David Rousset called for a commission composed of former Nazi concentration camp inmates to inspect the USSR’s slave labor camps. Pierre Daix, a hard-line Marxist art historian, friend of Picasso and survivor of the Mauthausen concentration camp, refused to believe Rousset, calling him a “counterfeiter.” Rousset sued for libel, and in 1951, Margolin traveled to Paris to testify on his behalf, since Rousset had based many of his arguments on “La Condition Inhumaine.” Margolin informed the tribunal:

I am a Jew. In the streets of Tel Aviv, Mr. Daix’s article is sold as a pamphlet entitled ‘Why did David Rousset invent Soviet camps?’… Neither Mr. Rousset nor myself invented these camps. In these camps, my hair turned white. Who will claim that Mr. Rousset invented my white hair? Let me personalize the words of a great Polish poet [Adam Mickiewicz]: ‘My name is Million, for I love and suffer for millions of people.’

With Margolin’s support, Rousset won his case against Daix, who is still thriving in Paris today at age 88. When a lawyer asked Margolin how he dared attack Stalin, that staunch enemy of Hitler, Margolin replied: “Hitler shed enough Jewish blood, so there is no need to attribute Stalin’s victims to him as well.” Yet Margolin’s memoir is more than merely accurate in a legal sense. It’s an uncompromising work with a gimlet eye for literary detail. Even when describing the most harrowing oppression, Margolin often pauses for a pen portrait of a friend, as if realizing that his verbal description may be all that will remain of someone otherwise lost in the war and subsequent Soviet oppression.

One such victim was his friend, the Polish Jewish poet Mieczysław Braun (born Bronsztejn; 1902-1942), who, despite having suffered combat wounds in 1920 defending Warsaw against Bolshevik invaders, was by 1939 shunned as a Jew by fellow Poles. Margolin notes that Braun had to “cross the challenging path from socialist assimilation to Zionism.” In 1939, Braun wrote a poem about secret immigration to Palestine, situating among the youngsters fleeing anti-Semitic Poland on a hazardous ship the anachronistically caped figure of poet Heinrich Heine, also “returning home.”

Not just Heine, but also Dostoyevsky is invoked after Margolin’s arrest and deportation to a series of gulags. Among the scant reading materials available in Siberia was Dostoyevsky’s novel “The House of the Dead,” which provided unexpected comic relief for Margolin and his fellow prisoners. In his 19th century Siberian prison camp, Dostoyevsky employed his own personal servant to cook for him, keep his samovar warm and go to the market for his favorite delicacies. Margolin recounts: “‘That’s a penal colony for you!’ we guffawed. ‘They went shopping!’” More seriously, Margolin notes that since Dostoyevsky’s time, the Soviet camps’ “school of depersonalization” was marked by “contempt for humanity which far exceeded anything in the Tsarist penal colonies… Instead of thousands, as in Dostoyevsky’s time, the prisoners now numbered in the millions.”

Writings by another Soviet-approved author, John Steinbeck, were also represented in the gulag library. Even the benighted Joad family in Steinbeck’s “The Grapes of Wrath,” victims of the Great Depression, had it comparatively easy, Margolin argues: “[The Joads] were free to travel across the country, to protest, to struggle. Steinbeck’s pen advocated for them, whereas our mouths were gagged. Had Steinbeck lived for a time in our camp, he would have reacted less violently to the American mess.”

Ever the philosophy student, Margolin also reflects on what he terms the “paradox of hatred,” seen in the “anti-Semitism of those maniacs who are incapable of doing without Jews.” Margolin cites the example of the rabidly anti-Semitic Polish author Adolf Nowaczynski, who wrote a 1921 novel, “The Anonymous Power,” about Jewish bankers ruling the earth and whose mania is well described in Aleksander Hertz’s 1988 “The Jews in Polish Culture,” from Northwestern University Press. Margolin writes: “[Nowaczynski’s] life would have been quite empty without the Jews; if they had not existed, he would have had to invent them.”

Such reflections, born of bitter experience, are found throughout Margolin’s massively impressive account, which on its merits should have been translated into English decades ago. Preceding even Gustaw Herling’s compelling 1951 gulag memoir, “A World Apart: Imprisonment in a Soviet Labor Camp During World War II,” Margolin’s text substantially foreshadows Solzhenitsyn’s works, written in the 1960s, and also offers a unique Jewish perspective on this tragic chapter of modern history. Margolin spent the remaining years of his life as a militant for the rights of Soviet Jews and lived long enough to see more recent gulag inmates finally reach Israel, emerging from the inhuman prisons he had so unforgettably described.

Forgotten Witness to the Gulag