A Comprehensive Guide To Consumption 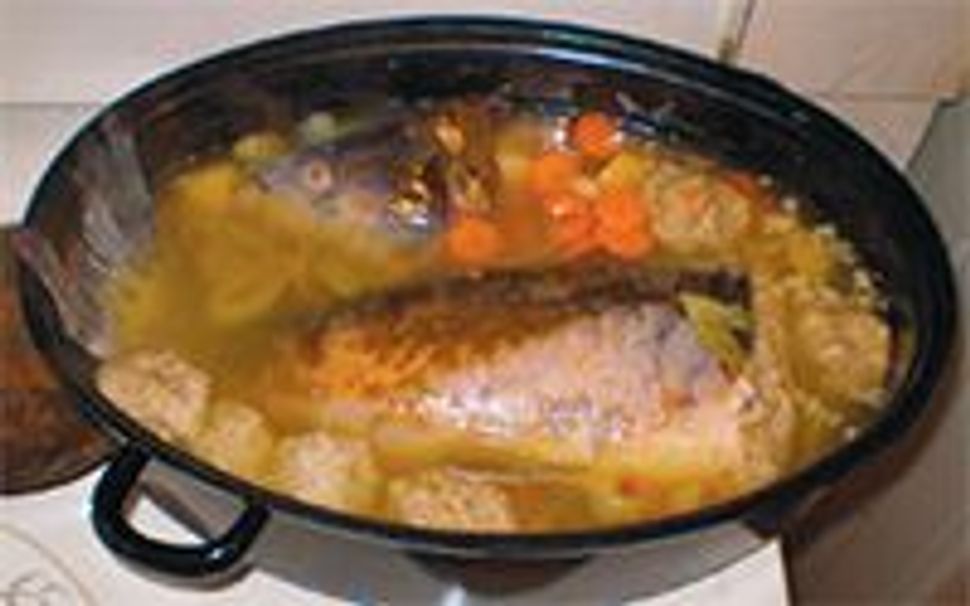 A Fish in Every Pot: The Encyclopedia of Jewish Food is the latest in a long tradition of Jewish household compendia. Image by Gil Marks

These days, information about this and that may be just a click away, but if Gil Marks’s Encyclopedia of Jewish Food is any indication, some of us continue to place a premium on discovering things the old-fashioned way: by leafing through the pages of a book awash in, well, encyclopedic detail. 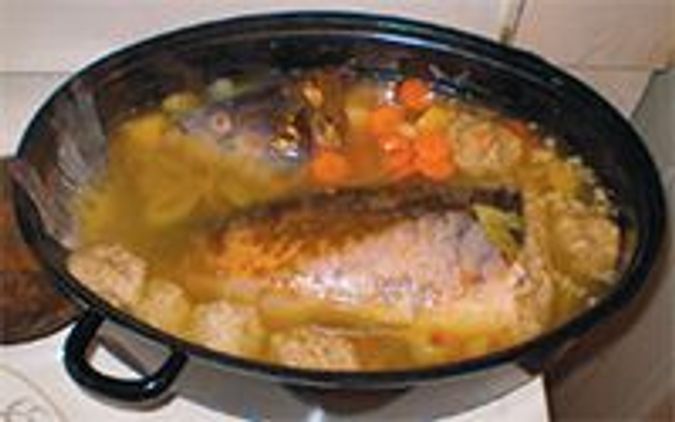 A Fish in Every Pot: The Encyclopedia of Jewish Food is the latest in a long tradition of Jewish household compendia. Image by Gil Marks

Years ago, encyclopedias were big, bulky and imposing affairs that took up the length and breadth of a bookshelf. Ranging quite literally from A to Z, they encompassed the world. The Encyclopedia of World Art introduced readers to globalized notions of aesthetic complexity, while the Encyclopaedia Britannica contained the “sum of human knowledge.” Meanwhile, the Jewish Encyclopedia — what Hillel, the protagonist of the 1939 Jewish children’s book “Hillel’s Happy Holidays,” called the “biggest book we have in our house” — was intended to “perfect the emancipation of the Jew” by making his history and culture “thoroughly understood,” or so asserted Kaufmann Kohler, one of the many contributors to this 12-volume undertaking.

Expensive to produce and expensive to purchase, encyclopedias defined their owners as members-in-full of an intellectual community or, at the very least, as people with aspirations to know more. Even those of limited means were able to acquire a complete set. In the interests of cultivating a democracy of knowledge, publishers wisely made their encyclopedias available on the installment plan, so that the arrival of Volume HE-IR, followed a month later by Volume IS-JR, was itself an occasion.

No more. Like just about everything else in 21st-century America, encyclopedias have gone digital. Once the perfect gift — “For This Bar Mitzvah present, your boy will bless you all the years of his life,” enthused a 1935 advertisement for a 29-volume set of the Encyclopaedia Britannica — they have now been replaced by “apps” and Google searches.

Still, encyclopedias haven’t entirely vanished. While they have shrunk in size — they’re now down to one or two volumes, at best — honest-to-goodness compendia of French food and wine, history, nature, country living and Disney princesses can still be found at your local bookstore. Though a mere shadow of its former self, the contemporary encyclopedia successfully keeps afloat and sustains what made its predecessor such a valued domestic companion: its comprehensiveness, on the one hand, and its serendipitousness, on the other.

Marks’s recently published Encyclopedia of Jewish Food (Wiley, 2010) is a case in point. Well over 600 pages long, it casts a mighty broad net over a vast swath of the known Jewish world, showing what it ate during the course of its multifaceted and geographically diverse history. With more than 650 entries — which range from “ashika,” a lentil pancake popular in biblical times, to “zwetschgenkuchen,” a plum confection fancied by Central European Jews — this ambitious text likens itself to a “cultural odyssey… exploring and embracing traditional Jewish foods from across the globe.”

Much of the Encyclopedia of Jewish Food is taken up by the usual Ashkenazic and Sephardic culinary suspects: cholent, egg cream, gefilte fish, harissa and hummus, knaidel, kibbeh and kuchen. Readers intent on learning more about these familiar foodstuffs will find much to enjoy in Marks’s lucid and lively descriptions of them.

But those inclined to browse and meander through the pages of this compendium will have even more fun, encountering lots of culinary revelations — some of them better read about, I suspect, than actually consumed. Krusha, anyone? It’s an Eastern European stew made from veal innards. While I’ll give that particular item a pass, the entry and accompanying recipe for gundi — a chicken and roasted chickpea flour dish that is a “cross between a dumpling and meatball” — seemed appealing. A particular favorite of Persian Jews, it was often served on Rosh Hashanah and Passover. The entry for adzhapsandali also caught my eye. A Georgian vegetable stew heavy on eggplant, it receives an additional “kick,” Marks explains, from an abundance of cayenne pepper.

With a keen eye for such detail, as well as an eagerness to travel far and wide in search of a “mosaic of Jewish communities across the globe,” this encyclopedia clearly offers a cornucopia of culinary information. Less clear, though, is what criteria Gil Marks deployed in selecting his subjects. “I choose those things that I consider the most representative, meaningful and pertinent,” he explains, adding that, “a particular dish is included for its historical or sociological relevance.”

Still, more can be said here: A little more “meat on the bones” — a fuller explanation of the thinking behind his editorial policy — would have been most welcome. So, too, would a sharper sense of time. As I made my way through one entry after another, I wasn’t always sure whether I was reading about a contemporary food practice, an enduring food practice or one that had become a historical curiosity.

All the same, the publication of the Encyclopedia of Jewish Food, like that of the Jewish Encyclopedia a century earlier, marks something of a watershed. Underscoring the growing centrality of food to our understanding of what makes us tick, this lively, affirming and handsomely illustrated book convincingly makes the case that the Jews have a culinary history all their own. “Larousse Gastronomique,” move over!

A Comprehensive Guide To Consumption