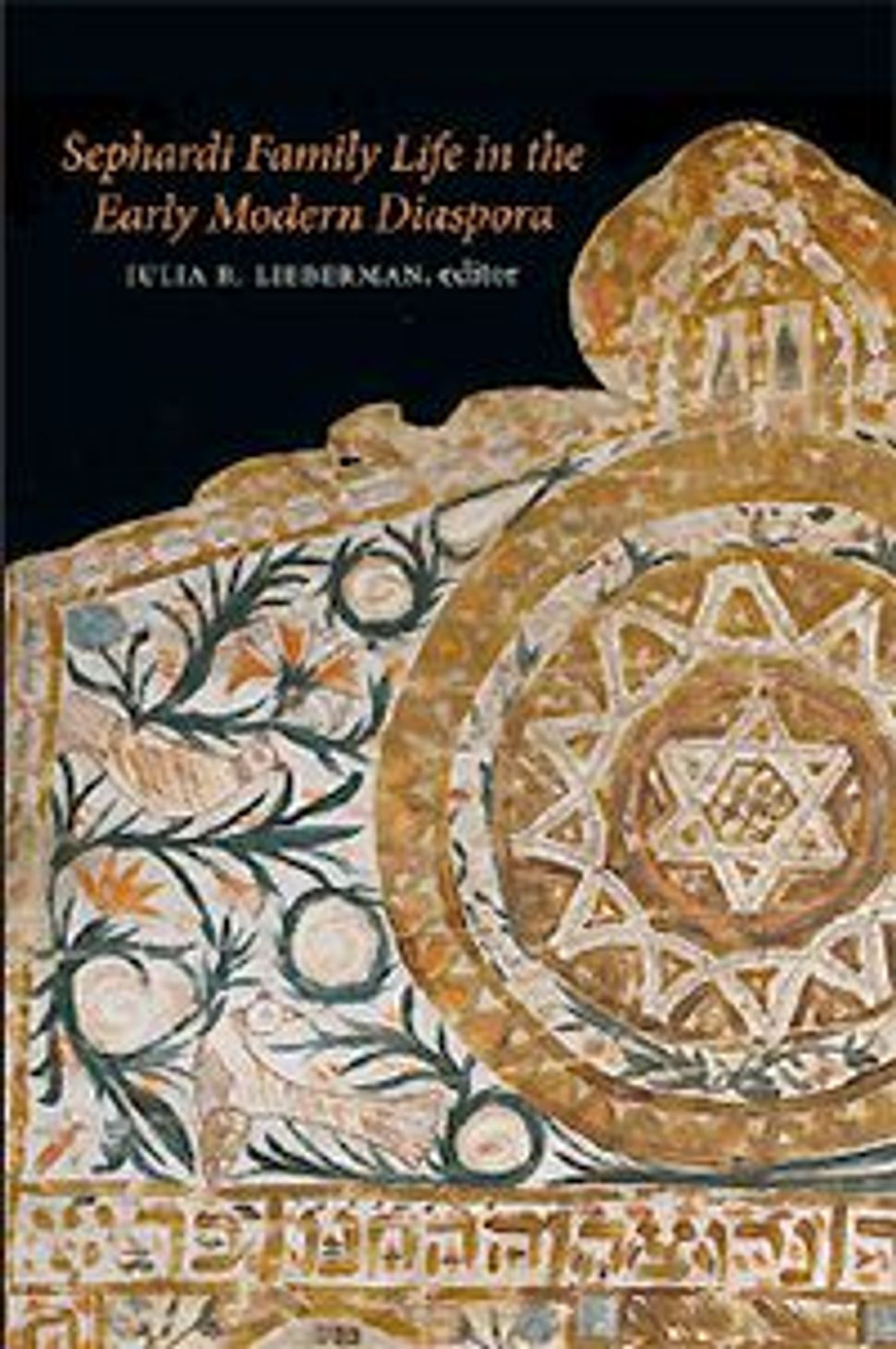 The voices that come alive in “Sephardi Family Life in the Early Modern Diaspora” beat down the tiresome impulse to prove history relevant. Instead, the six excellent and painstakingly researched scholarly papers, edited by Julia R. Lieberman, prove their worth in a better way: They tell stories that reveal how besieged societies strain to hold on to their traditions and to civilized life. 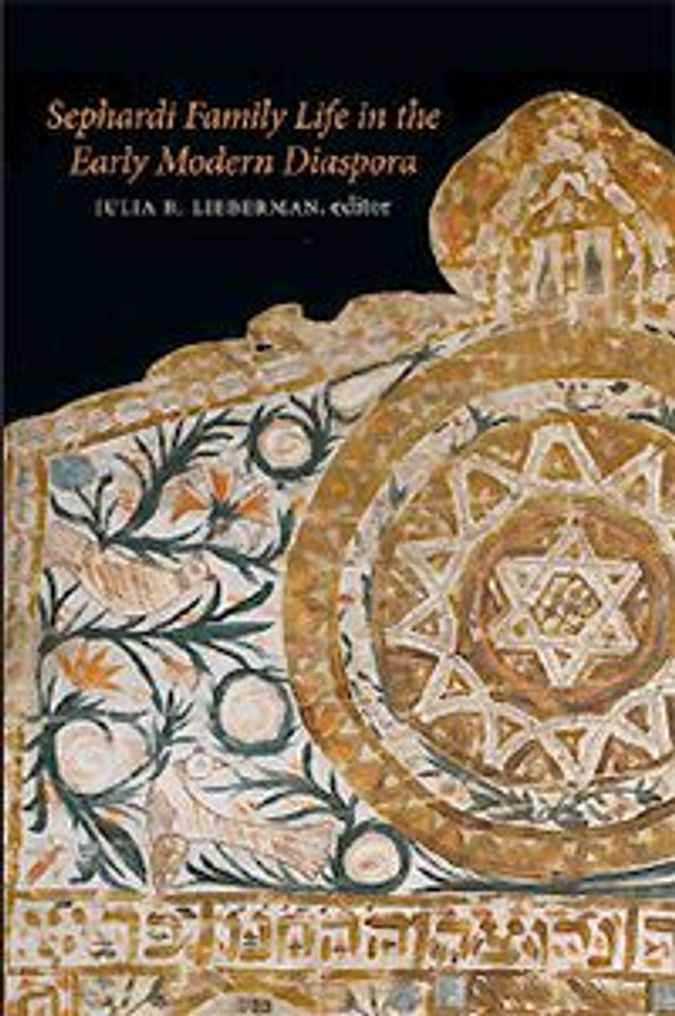 All the articles delve into the exiled, transplanted, converted, disrupted and reconstituted domestic lives of 16th- and 17th-century Sephardic Jews living in Amsterdam, Italy, France, the New World and the Ottoman Empire. That, however, does not quite cover it. The Iberian expulsion produced an e unum pluribus situation. Under the pressures of persecution and dispersion, one Jewish community became many, including Jews, crypto-Jews (who secretly practiced Judaism), New Christians (converts from Judaism) and New Jews (converts who returned to Judaism). These categories could also overlap.

On top of all that, or, more precisely, interwoven with it, was the challenge to continue Sephardic life without Sepharad, or Spain. Not surprisingly, many were consumed by “confusion and despair.” In 1718, Theresa Paes de Jesus — whose name alone indicates the extent of the problem — told the Inquisition, “I thought that Jesus Christ was the same person as Moses, son of Queen Esther.” Rabbis had their hands full putting this broken community together again, which, as the hip say of Humpty Dumpty, didn’t fall — it was pushed.

Sephardic Judaism was completely torn up by its roots. “For the first time in Jewish history, all the bearers of a unique cultural tradition and ethnic identity were expelled simultaneously from every place in which that tradition and identity were indigenous,” is how historian Hannah Davidson sums up the enormity of the Sephardic expulsion.

Sephardic rabbis sought opportunities for resurgence. In the Ottoman Empire, where most Sephardim found refuge, one campaign for cultural dominance over the indigenous Romaniot, or Greek, Jews occurred in the arena of marriage customs. Davidson’s article reveals much about Sephardic women and their rights, as well as how Sephardic rabbis defended Sephardic women, sometimes cynically, to advance the Sephardic cause.

Sephardic men gave traditional gifts to their fiancées during engagement, and were later married. Among the Romaniot, the woman’s acceptance of sivlonot , the giving of these gifts, was tantamount to marriage itself. In the early 1500s, Istanbul’s Sephardic rabbi, Avraham Ibn Yaish, explained the reason for the difference: Sephardic men did not worry that engagements might be broken and gifts sacrificed, because a Sephardic woman who breaks an engagement “will become an object of shame and disgrace, as though she had committed a serious act of sexual indiscretion.” But Romaniot women are not so circumspect. If one “breaks off an engagement, it will not be considered a matter of great disgrace,” so the gifts are equivalent to legal marriage.

Ibn Yaish’s argument was poor history but good strategy. In the battle for Sephardic supremacy, he went negative. But Ibn Yaish was more flexible than dogmatic. In the 1520s, he argued that Sephardic custom offered women greater freedom. It did not lock them into marriage through the simple acceptance of gifts. In 1526, all Ottoman Jews adopted this Sephardic custom.

Ibn Yaish clearly used women as pawns in his fight for Sephardic cultural rule, but these women were not powerless. Jamila Siciliana broke off her engagement and flatly stated of her fiancé, “I don’t want him.” His family objected, but a rabbinical ruling sided with her. As in other cases, rabbis recognized a woman’s “right to testify with regard to her own marital status.”

Sephardic women at the center of another post-exile problem were demoted, not extolled. Crypto-Jews had developed an underground Jewish life enacted in the privacy of the home, where women traditionally ruled. A woman known only as Sarah testified before the Inquisition that “women rabbis” led the community. But as Cristina Galasso documents, during the 17th century, the crypto-Jews of Pisa and Livorno, Italy, returned to normative Judaism in a process called “coming to Judaism.” In the transition, women were removed from power and replaced by men.

Legal testimony makes for riveting human drama, and an article by Ruth Lamdan of Tel Aviv University offers a glimpse into what might be called 16th-century Sephardic family court. In one case, a widow wishes to leave her deceased husband’s town of Skopje, Macedonia, and move with her young son to Salonika. Her husband’s relatives object. But the rabbis decide the husband’s family’s argument has limited merit, and so the woman can go, since Salonika is a place where “Jews constitute the majority of the population, and where there are academies (yeshivot) and schools (Talmud Torah) unequalled in the world.”

This Jewish preference for an excellent school district does not surprise, but Lamdan also presents events that fascinate. “Every day we see cases in which women ‘throw’ their children at their fathers, especially when they wish to remarry,” reported Sephardic rabbi David ben Zimra, who was born in Spain and in the early 1500s lived in the Land of Israel. The odd phenomenon was an outgrowth of Jewish law in which wives are under an obligation to breastfeed their infants but divorced women are not. The mother, however, was obligated to breastfeed if, at the time of the divorce, she had already begun. At that point, no wet nurse could replace the emotional attachment of the child to the mother. But this put the mother at a disadvantage relative to that of her ex-husband. He could remarry, but she could not until the child was weaned at 24 months. (Again, the ruling was to protect the child: The mother might become pregnant and lose her milk.) In such cases, the child’s father had to pay his ex-wife a wet nurse’s wage.

These finely nuanced domestic cases are the flipside of Ibn Yaish’s hard-nosed campaign to win Sephardic dominance. While Ibn Yaish’s opportunistic campaign on behalf of Sephardic traditions guaranteed their separate existence, scrupulous attention to domestic disputes guaranteed justice within the community. In the aftermath of the Spanish expulsion, the Sephardim combined both approaches to ensure survival.

Mark Cohen is the author of “Last Century of a Sephardic Community: The Jews of Monastir, 1839–1943” (Foundation for the Advancement of Sephardic Studies and Culture, 2003).