Sympathy for the Dybbuk 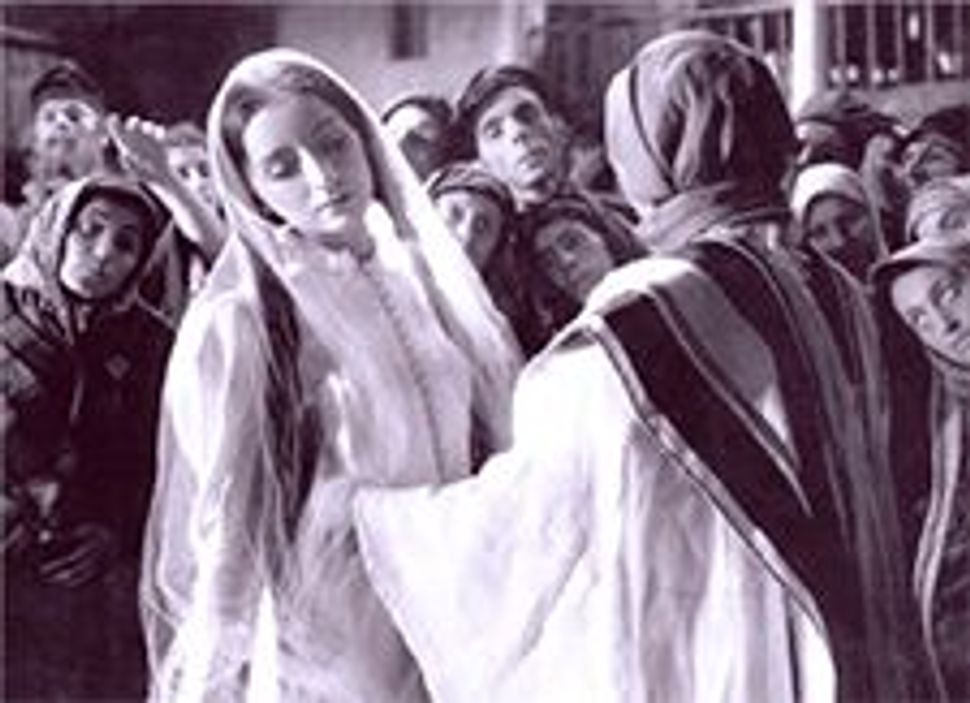 Possessed: Exorcism on the big screen. Still from ?The Dybbuk?, 1922 Image by National Center for Jewish Film

Mort Reichek of Boynton Beach, Fla., asks about the origins of the word “dybbuk.”

In Jewish folklore, of course, a dybbuk is the ghost or spirit of a dead person that enters a living one and takes possession of him, causing him to speak and act in irrational and unrecognizable ways. This is by no means an exclusively Jewish notion. Various cultures and religions have believed in demonic possession as a way of explaining such things as schizophrenia and multiple personality disorder — among them Christianity, which probably borrowed the belief from Judaism. In the New Testament there are several stories about Jesus’ healing the mentally disturbed by casting out demons, parallels to which exist in talmudic literature. 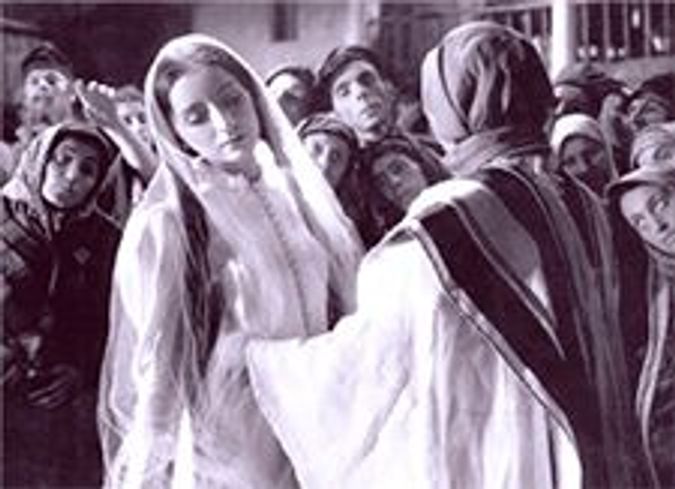 Possessed: Exorcism on the big screen. Still from ?The Dybbuk?, 1922 Image by National Center for Jewish Film

“Dybbuk” comes from the Hebrew noun dibbuk (with the emphasis on the second syllable): literally, something that adheres, from the verb davak, to adhere, stick or cleave to. The verb’s earliest appearance, in the second chapter of the book of Genesis, might be said to anticipate its later use, since we read there, in the biblical account of the creation of Eve, “Therefore shall a man leave his father and his mother and shall cleave [davak] to his wife; and they shall be one flesh.” The dybbuk and its victim become, as it were, one mental and emotional confusion.

And yet in its sense of a possessing spirit, the word dibbuk is a relative newcomer to Hebrew. In classical rabbinic literature, a dybbuk is known simply as a ru’aḥ, a “spirit.” We first find it called a dibbuk in 17th-century Yiddish, which shortened the kabbalistic expression dibbuk mi’ru’aḥ ra’a, “the adhesion of an evil spirit.” Medieval Kabbalah introduced the belief into Judaism that sinful souls could be punished after death by being made to wander the world in disembodied form, and a dybbuk was commonly thought to be such a soul that sought refuge in a living body.

As in Christianity, the common way of dealing with a dybbuk in Judaism was by means of an exorcism, whereby a rabbi with sufficient spiritual authority drove the possessing spirit out of the possessed person. Jewish legend is replete with stories of successful exorcisms. What often distinguishes them from similar Christian stories, however, is that whereas exorcising priests tended to deal with the possessing spirit as though it were a purely devilish force, exorcising rabbis often exhibited sympathy for it and its plight. Precisely their ability to identify with the dybbuk was what sometimes enabled them to coax it into leaving the body it was tormenting.

Thus, for example, 19th-century Polish Jews told the story of a dybbuk that was the spirit of a high Israelite army officer from the period of the First Temple in Jerusalem. This dybbuk’s sin was to have helped instigate the murder of the prophet Zechariah, and the family of the possessed man first turned to the Hasidic master Rabbi Yisra’el of Koznitz with the request that he exorcise it. Yet although Rabbi Yisra’el threatened to cast the dybbuk “into the depths” if it did not depart at once, the dybbuk simply laughed at him and so terrified him by showing him its face that he nearly fainted. Unable to help, he suggested that the family turn to the Holy Tzaddik of Lublin.

The Tzaddik of Lublin took a different tack. Instead of threatening the dybbuk with dire punishments, he listened patiently to its story and then told all those present that it was not so great a sinner after all, because it had taken part in Zechariah’s murder with the best of motives — namely, the hope of saving the Temple from the prophet’s predictions of doom. As soon as the tzaddik was done speaking, the dybbuk announced that it would leave the possessed man’s body of its own free will. “Finally,” it said, “I can enjoy eternal rest, for until now not a single person has ever spoken up on my behalf, and though the truth was known in heaven, nothing could be done to release me until it was also declared on earth.”

Dybbuks, in short, need to be understood, too — and one thing we need to understand about them is why they are spelled so peculiarly, with a Polish “y” instead of the English “i” we would expect. This is because the word “dybbuk” first gained currency in English as a result of a production of S. An-sky’s renowned Yiddish play “The Dybbuk,” staged in New York in 1925–26. Although An-sky himself was a Russian rather than a Polish Jew, the world Yiddish premiere of the play, performed by the Vilna Jewish Theater Troupe, took place in 1920 in Warsaw, where it was advertised with the Polish spelling. Subsequently, this spelling continued to be used for all other productions, including a 1937 film adaptation made in Warsaw. That’s why there’s a “y” in all dybbuks.

Sympathy for the Dybbuk