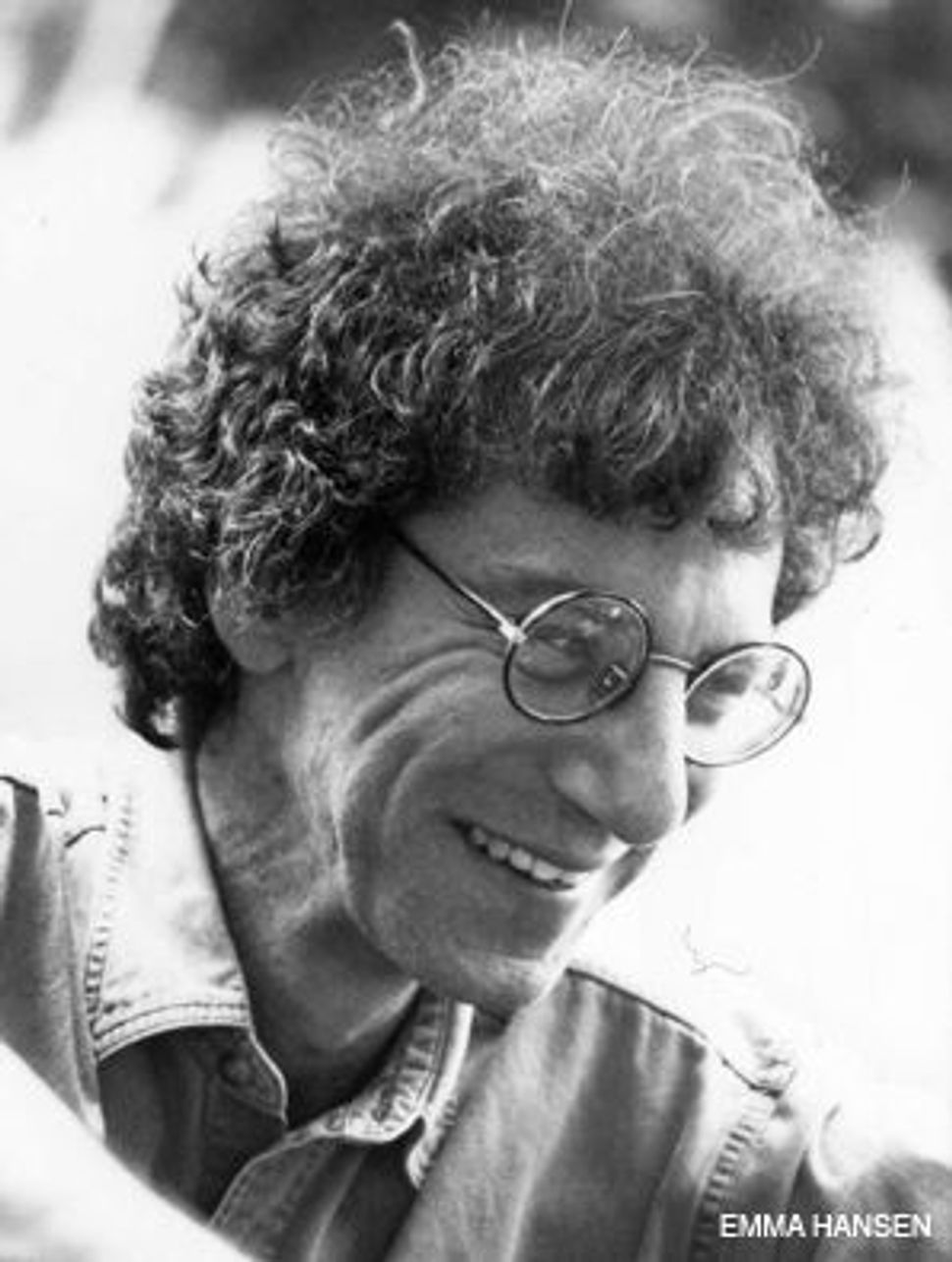 NEW TRAIN OF THOUGHT: Steve Stern set his new novella in a boxcar.

Steve Stern writes a century too late and in the wrong language, and he does so freshly and well. His novels and stories and now a novella, “The North of God” (Melville House), transmute European Yiddish into an American idiom, bridging New World exuberance — or at least that of Stern’s native Memphis, Tenn. — and the Hasidic backwaters of blacker days. 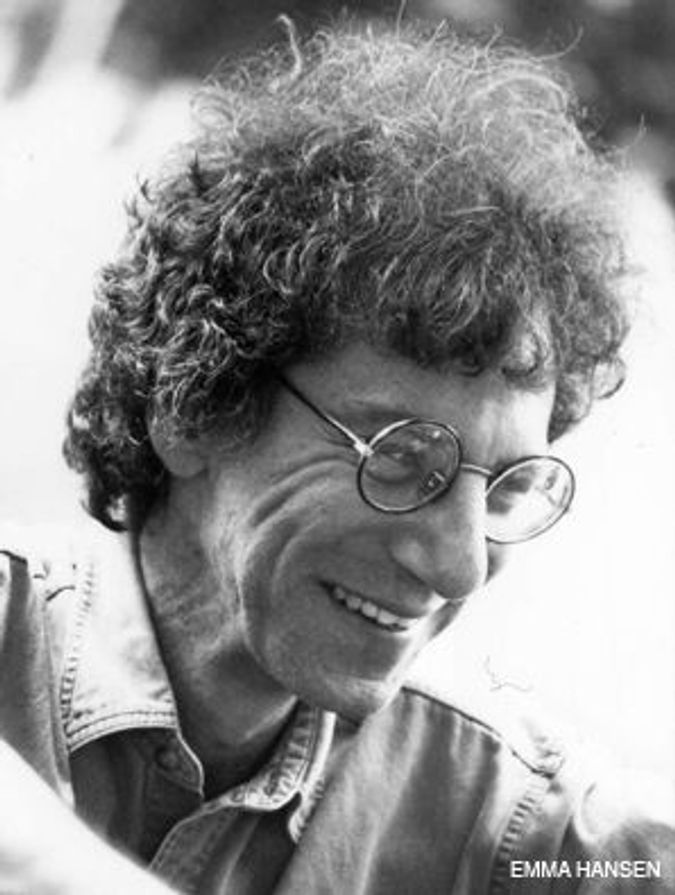 NEW TRAIN OF THOUGHT: Steve Stern set his new novella in a boxcar.

The North of God cannot be found on any compass or map; the direction to which the title points exists beyond the reach of the crematoria’s smoke. This mystical, madly fuddled book is Stern’s first published encounter with the Holocaust, and it should be notable that though the length is short, what’s contained is not one story but many: A man who tells stories through writing and through acting in plays is the main character in a story told by his friend from a boxcar en route to a Nazi death camp. This telling is, in turn, the central story of a greater story by Steve Stern, who himself — after the joys of “The Angel of Forgetfulness” (2005) and the winking rapture of “Lazar Malkin Enters Heaven” (1986) — is a hero in an even greater story called “American Jewish Letters,” whose end will never come.

Joshua Cohen: “The North of God” contains fictions within fictions: The centerpiece story, of Hershel Kheverman’s fall from grace — from the world of the scholar to the world of the artist — is told by Velvl, Hershel’s yeshiva friend, from the boxcar of a train. The “Holocaust boxcar tale” constitutes, by now, its own genre: Besides your novella, there’s George Steiner’s “Conversation Piece,” a story about a theological argument in a boxcar. And then there’s the film “Train de Vie” (“Train of Life”), directed by Radu Mihaileanu and narrated by a village idiot not from the titular train but from its opposite: the Train of Death. How conscious were you of these precedents? Why tell your story in this way?

Steve Stern: Truth be known, I was ignorant of precedents. Of course I hold the iconic image of the boxcar en route to the death camps in my mind’s eye, as does anyone with a conscience, and I’ve certainly read numerous accounts of the journey, but I wasn’t aware of any fictions exclusively confined to that setting. I chose the boxcar because I wanted to write about a character endeavoring to supplant the most extreme circumstances I could imagine with a story.

J.C.: Almost all your books and stories — whether set in America or Europe — are concerned with the shtetl, with ghettoized lives. What can you do in an imagined 20th-century Poland or Ukraine that you can’t do or imagine in a 21st-century America?

S.S.: I like stories that extend the boundaries of conventional reality, stories that take gross liberties with what’s possible. And to my mind, the world of the shtetl, still tethered to the past and haunted by its denizens, both historical and magical, lends itself more readily than our own moment to that kind of subversion. The immigrants referred to the Old World as the Other Side, which in Hebrew is sitra achra, the other side of the looking glass, inhabited by demons and ghosts. The Pale of Settlement, while impoverished, imperiled and mired in the muck of time, also partook lavishly of the properties of eternity; there the People of the Book still had the gift of dwelling in the timelessness of Its pages. Then, circumstances conspired to close the Book and squish its inhabitants like bugs before they could escape. The survivors scurried out into our current exile in a more arid historical context, which is yet another story.

J.C.: Your career breathes new life into Yiddish by translating its humor and sublimities into English — or into a very plastic, and Jewish, American language. How conscious are you of the repertory aspects of your work? Do you feel that you work within a tradition? As a Jewish writer dealing with particularly historicized aspects of Judaism and Jewish life, do you still feel free?

S.S.: Around 1985 I wrote a short story called “Lazar Malkin Enters Heaven,” which featured a curmudgeonly old man who was just too plain stubborn to die. In the end, the Angel of Death drags him off to Paradise, alive. I thought myself pretty clever until I learned that in the lore of the Jews there is a long tradition of stories about characters who ascend to Paradise alive: There’s Enoch, who for his righteousness was translated into the Archangel Metatron; the prophet Elijah, who after his ascension continued to commute back to Earth in a bewildering variety of disguises, and a whole host of rabbis who stormed heaven though mystical means and returned to tell the tale. It was as if I’d plucked a single flower and pulled up an immense root system, tangled in which were several thousand years of wanderings, holy texts and a multitude of ghosts. Also enmeshed in those roots was a Yiddish literature aswarm with writers like I.L. Peretz, Itzik Manger, S. Ansky and I.B. Singer, writers whose stories ignored the boundaries between the ordinary and the fabulous.

It would be nice to say that my initial encounter with Yiddishkeit was an unequivocal homecoming, that I’d found the community I hadn’t even known I was looking for; but here’s another metaphor: It was as if I’d been swallowed by a fish that was in turn swallowed by a larger fish that was swallowed by one even larger, and so on back to Leviathan. At first it was very cozy in the belly of the beast, but having dwelled there these past 25 years, dispatching stories like messages in bottles through the fishes’ blowholes, I begin to think I might like to see the daylight of my own century again. I can only hope some old man of the sea will eventually catch the big fish and that it will slip from his line, revealing a lesser fish that slides off to reveal one even lesser, and so on until the last pisher fish debouches me. Then the old man might say, “So ends a tradition.”

J.C.: Kheverman’s fall is both historically specific — the fate of a Jew at the twilight of Jewish Europe — and parabolically general: as if an allegorical statement about the fate of an artist removed from his community. Kheverman’s bawdy, brilliant plays aren’t appreciated by “his people.” Do you yourself feel Jewishly accepted? Are the Jews “your audience”? How can any artist — who is nothing, you seem to say in the novella, but a modern incarnation of a Scriptural prophet — challenge a people and, at the same time, expect to be supported by them?

S.S.: Frankly, I’m not aware of having an audience at all. I certainly never expected the Jews or anyone else to foot the bill for my peculiar brand of make-believe. Accepted by the Jews? My relations, who probably never read a word I wrote, used to hound my poor mother to stop me before I wrote again. Their attitude, based on my reputation as a troublemaker and malcontent, was that any public noise made by me would drag the family name through the mud. The Jews of North Main Street in my hometown of Memphis, whom I mythologized in three consecutive books, were so grateful for my efforts that they initiated a libel suit against me for a quarter of a million dollars. Of course, if I’m honest I have to confess that I would secretly like the approval of the people in whose company I’ve lived at least imaginatively these several decades. But this is a deplorable weakness on my part, the child desiring to please the parents he knows in his heart may never praise him.

J.C.: If death is to be found, as you say, to “The North of God,” you — or your Kheverman, and his traveling companion, a version of the prophet Elijah — offer art as redemption. Do you believe, as Kheverman might, that art can revenge historical wrongs? What do stories about the Holocaust mean? Do they say more about the generation that suffered, or about your generation, which turned the fact of that suffering into fictions?

S.S.: As you’ve suggested, to write about the Holocaust now is to write at an allegorical remove. Unless you’ve lived it, to use Shoah for the purposes of art or literature is to make fables, and too often those fables result in a kind of inverse sentimentality intended to lend authenticity to tales that cannot command those virtues on their own steam. To turn Shoah into nostalgia is a criminal betrayal of the victims. So for a long time I shared the attitude of those who believed the Holocaust was entirely off-limits for art, that any attempt to depict it was to reduce the event to symbol and thereby diminish its reality. I honored the caveats of authorities like Bruno Bettelheim and Cynthia Ozick, who warned against trivialization — though Ozick herself succumbed to imagining the Holocaust in her story “The Shawl.” Her excuse? Maybe the devil made her do it. Maybe, like me, she likes stories that subvert the possible, which means courting the impossible, and what could be more impossible than attempting to redeem the enormities of history through telling tales? It’s a laughable proposition, really; art with its flimsy slingshot versus the monster abomination of all time. But there’s something irresistible about the encounter, as well.