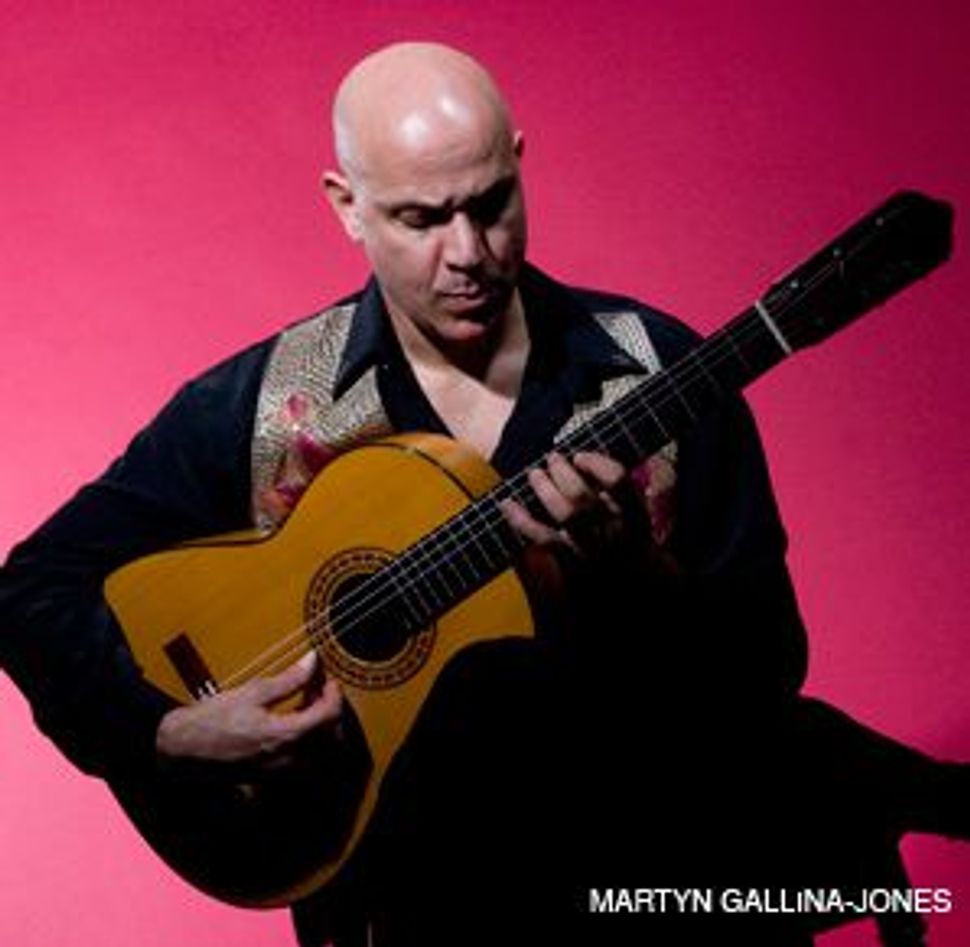 As a young man working in his family’s textile business, Gerard Edery once traveled the world looking for raw material that could be assembled into new and attractive shapes. 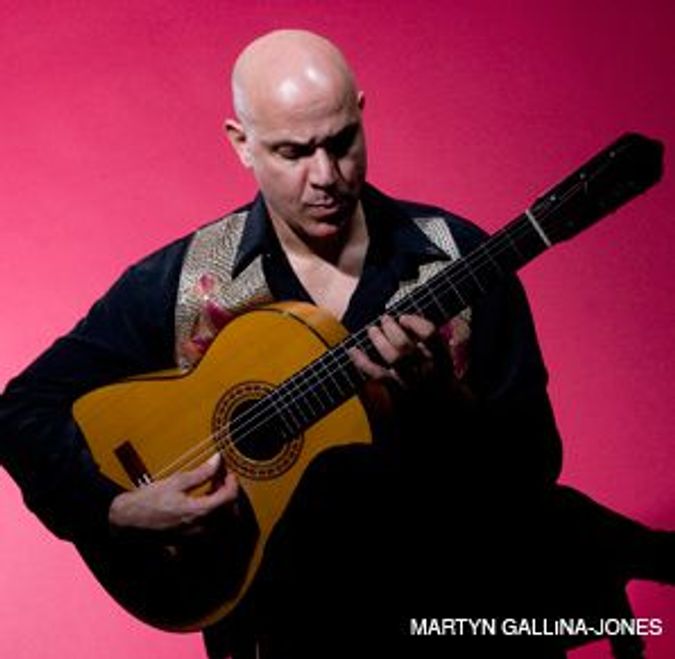 It’s been more than 15 years since Edery left textiles for a career in music, but in some ways, his life hasn’t changed that much. He still scours the globe for material, though it’s now of the musical kind. With as many as 80 concerts a year, he’s still constantly on the move. “I’m always on the bus or plane or train,” he told the Forward in an interview, while briefly at rest in his apartment on Manhattan’s Upper West Side. And he is still very much an entrepreneur.

In fact, Edery gives the impression of being a one-man Sephardic music industry. Not only does he lead a bewildering array of groups — ranging from the Gerard Edery Ensemble to Flamenco Sepharad, which combines Sephardic songs with Flamenco rhythms and dance routines — but he also runs Sefarad Records, a label dedicated to documenting his own output. And he always seems to be working on something new.

His latest project — and his 14th CD — “Two Faiths, One Voice,” a collection of Middle Eastern and Eastern European songs performed with Lithuanian singer Maria Krupoves, was the result of some good, old-fashioned networking.

Three years ago, Edery and Krupoves caught each other’s acts at the annual Association of Performing Arts Presenters showcase, held in New York City. Edery was trying to drum up interest in Flamenco Sepharad, while Krupoves was singing material from “Without a Country,” her album of songs associated with the so-called stateless peoples (Roma, Tartars, Jews) of Central and Eastern Europe.

According to Edery, they felt an immediate connection. No wonder: They could hardly be more complementary.

Edery sings in 15 languages and speaks four; Krupoves sings in 12 languages and speaks seven, including Yiddish, which she teaches at Vilnius University. He specializes in presenting music drawn from every corner of the Sephardic world, from medieval Spain to the contemporary Diaspora; she specializes in preserving the folksongs sung by Muslims, Christians and Jews who had (or have) no proper home. As a result, there is significant overlap between their repertoires — and their interests.

One of the tunes that Krupoves sang at the APAP showcase was “Gülpembe,” a Turkish Sephardic song with Ladino verses and a Turkish refrain. She also has been known to sing the Hasidic song “Fun Kosev,” which she acquired from Yosl and Chana Mlotek’s songbook, “Pearls of Yiddish Song.” “She’s a practicing Christian, very devoted to her faith,” Edery said. “But she knows more about Jewish culture than probably I do. And she’s completely enthused about the connections between Christians and Jews.”

The two began to collaborate almost immediately. He traveled to Lithuania to sing with her, and she came to the United States to perform with him. Before long, they were laying down tracks for “Two Faiths, One Voice” in a friend’s home studio, a process that took nearly a year and a half — and three different engineers on two continents — to complete. “It was not easy,” Edery said.

Still, it seems to have been worth it. “Two Faiths, One Voice,” which had its official American release May 27, just might be the most culturally eclectic item in Edery’s already diverse catalog. Along with Sephardic material like the Turkish “Gülpembe” and the Spanish “La Rosa Linda,” it includes the Tartar “Ayrylymagyz” and the Belarusian “Vyarba.” Most astonishingly, many of these songs — some plucked from Edery’s repertoire, some from Krupoves’s — bear strong musical and textual similarities to one another.

Both “Vyarba” and “La Rosa Linda,” for example, relate the tale of a beautiful young woman asked to draw water for a male admirer. The stories are virtually identical, right down to the manner in which the girl refuses a gift of shoes. And while the tongue- twisting “Ayrylymagyz” might have originated in Crimea, it bears more than a passing rhythmic and melodic resemblance to some of Edery’s Middle Eastern and North African tunes — the result, no doubt, of the Tartars’ own Turkish origins.

In some cases, these cross-cultural parallels are the result of migration, of people traveling from place to place and carrying their music with them. In others, they’re probably the result of cultural orthogenesis, of different people in different times and different places thinking along similar lines.

“There are incredible synergies and borrowings and cross-cultural influences that affect all the repertoire,” Edery said. But at the same time, “human experience repeats itself, and there are certain universal human experiences that are reflected in all oral traditions.”

Highlighting those intercultural connections and common experiences is as important to Edery as Sephardic music is to a wider audience. It’s why he’s so hell-bent on bridging the divide between different cultures and faiths in his work, and why he so often finds himself drawn to the repertoire of pre-expulsion Spain, a place where Muslims, Christians and Jews once coexisted — if only briefly — in relative peace and harmony.

“If it was possible once; it should be possible again,” he said.

Maybe. Maybe not. But the effort at least demands a hearing.

Gerard Edery will be appearing at New York’s Museum of Jewish Heritage on June 25 at 7 p.m.