Back in the Saddle: An Author Peers Behind a Famous Horse’s Mane and Finds a Jewish Tale 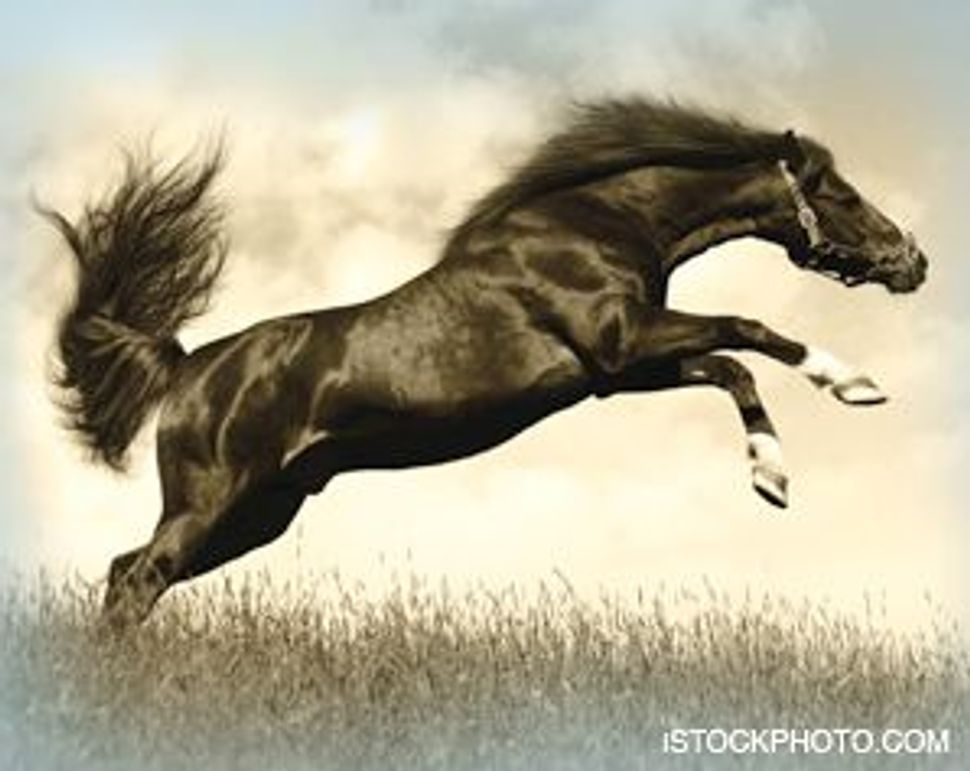 A few years ago, I traveled to Crazy Horse, S.D., to visit the memorial honoring the great American Indian who helped defeat Custer. It is a massive stone carving of Crazy Horse on his steed — or at least it will be, someday, when it’s finished. Work began in 1948, when Lakota chief Henry Standing Bear and other tribal members hired Polish American sculptor Korczak Ziolkowski to carve the tribute as a counterpoint to Mount Rushmore, after corresponding with him for years. He had been one of the sculptors of the four presidents, and the Lakota wanted him to pay similar tribute to Crazy Horse in the mountains overlooking their tribal home. 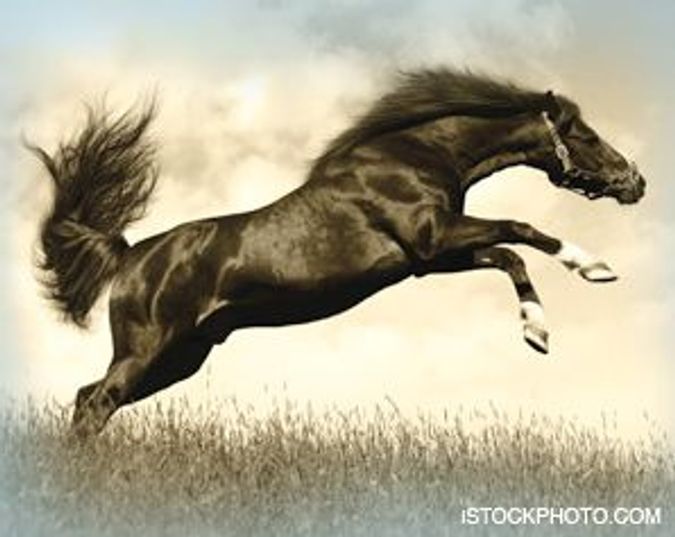 I had wanted to visit the site for a long time. For me, Crazy Horse was an early guide; the legendary figure who defeated Custer had long galloped across my fantasies, along with the rest of our frontier stars, carrying me out of my troubled and snowbound Midwestern childhood and into the land of new beginnings. But there was also another connection, and it had to do with the horse itself, the animal that has brought freedom to so many through the ages. I grew up around horses; my mother was one of the first women in the country to ride professionally on the racetrack, as an “exercise boy” at Thistledown in North Randall, Ohio, and when my sister and I were little, she taught us how to ride. It wasn’t just in books that I rode with my heroes; I ran with them whenever I was on a horse, imagining myself out there on the mesas, free at last.

Some time ago, when I began working on my forthcoming book about wild horses, I learned of an even deeper connection with the animal: To my surprise, it wasn’t just my own family that had been running with horses; my very own tribe — Jews — had been traveling with them for centuries. How often we dream of our Exodus from Egypt, yet we seldom picture ourselves on the backs of horses and burros. In fact, the very word “Hebrew” is rooted in apiru, a term used by ancient Egyptians to describe foreign nomads who traversed the sands, often on burros. The Bible itself makes much of the beauty and might of horses. “Hast thou given the horse strength?” it is written in the Book of Job. “Hast thou clothed his neck with thunder?… He paweth in the valley, and rejoiceth in strength: he goeth on to meet the armed men….” In Kings I, we learn that Solomon had a formidable cavalry, consisting of 14,000 chariots and 12,000 horses, and in Song of Songs, he compares his beloved to a company of horses in Pharaoh’s chariots. “Of all that I have inherited from David,” he once said, “nothing is dearer to my heart than these horses.”

Centuries later came another exodus, this time from Inquisition Spain. Once again, to my great astonishment, I learned that Jews fled with horses — this time on ships, as secret Hebrews among the conquistadors. One of these conversos was Cortes’s blacksmith, Hernando Alonso, the first Jew to reach the New World’s mainland. The illustrious Carvajal family, which settled in the sere territory of Nuevo León, followed him and started Mexico’s first horse and cattle breeding farm. But the Inquisition crossed the Atlantic, and soon these pioneers were burned at the stake. But their horses lived on, multiplied and became the foundation stock for missions that flourished across the Southwest. Some passed into Native American hands, providing a new kind of freedom for the tribes. And later, when the Lakota Indians of the Plains partnered with horses, their myths, like those of the ancient Hebrews, associated the animal with thunder.

As it allied with Native Americans, the fast-moving steed was also carrying secret Jews, who made the sign of the cross and, in private, uttered a shema behind closed doors. Over time, their heritage was mostly lost, surviving through menorahs and shofars passed down through generations and unveiled at certain times of the year for reasons unknown.

For most American Jews, this is a lost history. Having been orphaned as an infant, Ziolkowski was well aware of what it meant to be severed from one’s past, and he vowed to restore the Plains Indians to their rightful place in the American narrative. He raised his family at the site of the memorial, and his relatives all worked on the sculpture until he died in 1982. Since then, his children and grandchildren have continued the mission, and so, too, will their children and their children’s children until the memorial is completed, perhaps in another 50 years. When I was there, I hiked up a trail to the work in progress, stood near the ten-story rendition of warrior and horse, and watched the blasting of rock as the pair continued to take shape. By the time of my visit, the rippling mane had emerged, and out of the granite of the Black Hills had also come the big, sad, wise horse eye. A breeze stirred, and some meadowlarks sang their Great Plains song, and I thought about how the image of manes and tails flying in the wind had come to be associated with freedom for so many people down through the ages, from King Solomon to Crazy Horse, and after a while my heart was full and I headed back down the trail.

I found myself drawn to a display of books inside the visitors’ center. Behind it sat A. Ross Ehanamani, a member of the Sioux nation who was selling his various books, including “Crazy Horse and the Real Reason for the Battle of the Little Bighorn.” A longtime student of that battle, I bought it and cracked it open as soon as I returned to my hotel room, hungry for more information about the conflagration that has been chronicled mostly by white people. But to my great shock and disappointment, the book offered up a nightmare — a conspiracy theory blaming Jews for yet another one of history’s misfortunes. In this case, it was the pre-Bighorn army’s campaign to seize the Black Hills, a vast repository of gold. A cabal of German bankers had orchestrated the scheme, according to the author.

I was crushed. I had finally made it to the Crazy Horse Memorial, a citadel of truth, only to be confronted with lies. I immediately embarked on a campaign to have the site drop the book, despite a lifelong commitment to the First Amendment. I called Jewish organizations to report the particulars, but there was nothing they could do. I contacted the memorial itself, but I was told that the author was entitled to peddle his works, no matter how distasteful or erroneous.

The bookstore representative was right, of course, and I have since given the matter a lot of thought. I have realized that the only thing I can do is bear witness to the truth and pass it on. So, all hail Crazy Horse and Sitting Bull, who knew that the mustang was their brother; and all hail Alonso and Luis de Carvajal and the other Hebrews who ran with the wild ones as they fled the funeral pyre, and finally, all hail the great four-legged one who has seen it all. His protections are vanishing and his days are numbered, but on he gallops, across remote pockets of the West — with freeways closing in — being wild and free for the rest of us.

Deanne Stillman’s book “Mustang: The Saga of the Wild Horse in the American West” will be published June 9 by Houghton Mifflin.

Back in the Saddle: An Author Peers Behind a Famous Horse’s Mane and Finds a Jewish Tale