The Woman Who Remade the Jewish Museum 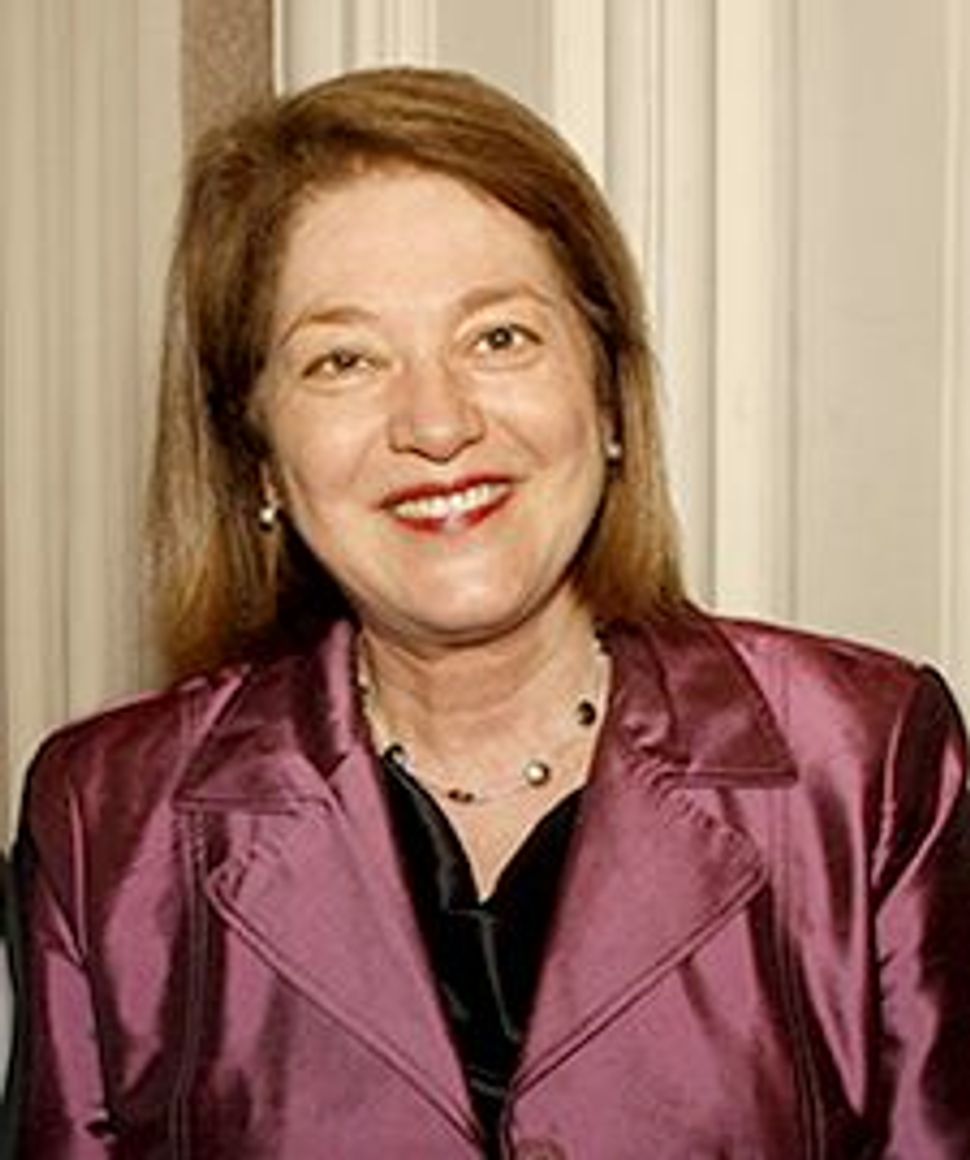 Madame Director: In 30 years, Rosenbaum has constructed an enduring ?nexus of art.? Image by COURTESY OF THE JEWISH MUSEUM 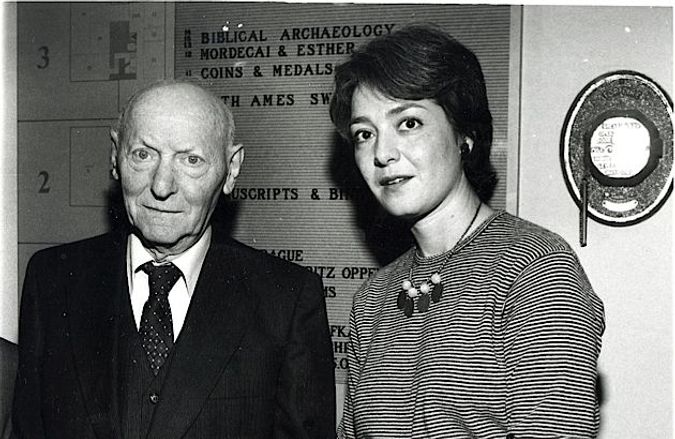 Belle and Nobel: Rosenbaum in 1981, the first year of her tenure, with 1978 Nobel Laureate Isaac Bashevis Singer. Image by COURTESY OF THE JEWISH MUSEUM

After 30 years as director of New York’s Jewish Museum, Joan Rosenbaum announced in December that she would be stepping down from the post at the end of June. Few would deny that during Rosenbaum’s tenure, the Jewish Museum has become a powerhouse of art and creativity, both in the Jewish world and in the larger New York art world. Since she took the reins of the museum in 1981, it has doubled the size of its physical location on Fifth Avenue and 92nd Street, expanded its permanent collection to more than 26,000 objects, put on innumerable noteworthy exhibits and ensured its own future by building an endowment of about $92 million. The Forward took the opportunity to ask Rosenbaum about the changes she has seen during her career, both at the Jewish Museum and in the wider spheres of art and Jewish culture. 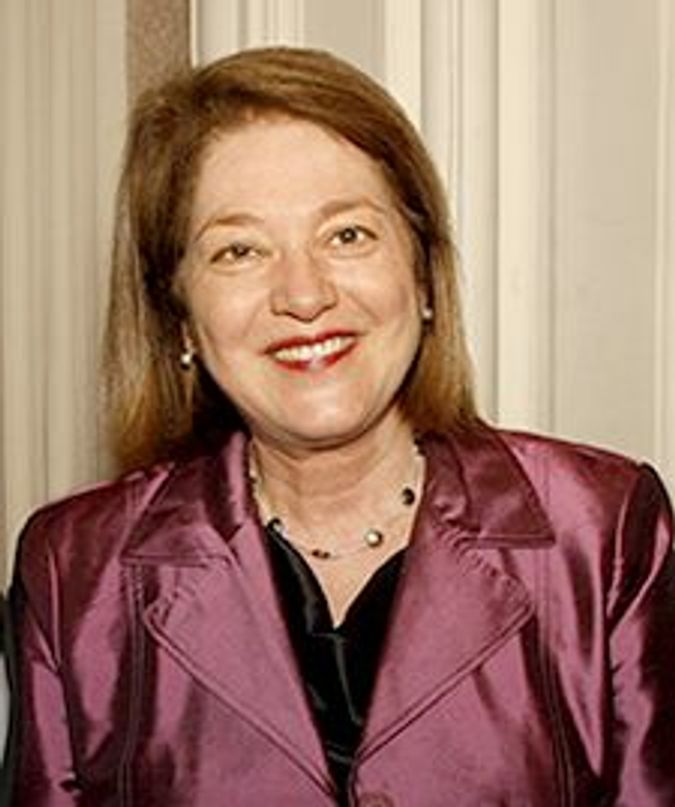 Madame Director: In 30 years, Rosenbaum has constructed an enduring ?nexus of art.? Image by COURTESY OF THE JEWISH MUSEUM

THE FORWARD: How has the Jewish Museum changed since you started?

JOAN ROSENBAUM: The Jewish Museum has changed dramatically over 30 years, mostly because of doubling the size of the institution and our ability in doubling to create the permanent exhibition “Culture and Continuity”; to have more temporary exhibition space; to have a properly outfitted auditorium for films, and to have a café — none of which existed before. We also were able, once we reached our centennial, to create an endowment, which hadn’t existed before.

How has the museum’s collection developed since you’ve been here?

The collection was great when I arrived. But to be a lively and vital museum, you have to keep collecting, and the collection is the heart and soul of the museum. So we have filled in lacunae in our ceremonial art collection, and we have also actively developed the contemporary ritual object aspect of the collection, which has sometimes taken the form of commissions. I think that people have transformed ritual forms using new materials, new forms and new ideas, and they have also come up with new rituals, too.

What principles inform the museum’s collecting and commissioning?

We collect, exhibit and interpret art and artifacts that relate to the Jewish experience from ancient times to contemporary. So it certainly is a responsibility of the museum to keep up with contemporary art making, including of ritual objects. When we commission works, we don’t say, for example, “Come up with a feminist way to celebrate something.” We go to an artist who we find very interesting or who might be on exhibition, and say, “Would you like to work with us to create a piece of art?”

Has what you or the museum thinks of as Jewish art changed in the past 30 years?

I don’t use the phrase “Jewish art.” We’re about a nexus of art and Jewish culture, and there’s an infinite amount of subjects, ideas and forms that can emerge out of that nexus. I think that the art that we collect and show has changed, just as the art has changed in the general art world. I would say that there’s really no fixed form or style right now. The use of performance art, media, mixed media, public art — all of these things that have gone on in the art world have gone on in the realm of art that deals with Jewish subject matter or that reflects the Jewish experience.

How do you think these changes in the art world have affected Jewish culture?

I think there’s more art-making that reflects Jewish culture. There’s just more of it, and perhaps a greater audience for it at the same time. There’s an efflorescence of magazines and blogs and websites on Jewish subjects. There are art museums that are not Jewish museums, but that are interested in showing art that reflects Jewish culture. So I guess there are more possibilities, more engagement. I’d also say there’s a young generation particularly interested in engaging and dealing with their Jewishness in art-making or in attending performance-based art.

Looking back, what are some of your favorite exhibitions?

I’ve loved so many of the shows, so it’s very hard to choose. Just looking at fairly recent history, at the time of our centennial we did some wonderful shows. We did one on Schoenberg, Kandinsky and artists of the Blue Rider group. We did a fabulous exhibit on “The Power of Conversation: Jewish Women and Their Salons.” We did the Modigliani retrospective, and we did two monographic shows of 20th-century artists — one on Eva Hesse, one on Louise Nevelson. More recently we did the “Action/Abstraction” exhibition.

What made those exhibits stand out?

What I love about the highly synthetic shows, like “Salons,” “Action/Abstraction,” and “Schoenberg, Kandinsky,” is that you’re really combing art and social history and offering quite a bit of new scholarship in both Jewish history and art history. You’re seeing fabulous art, but with a wonderful back story, a wonderful narrative. And I think it’s that narrative that often engages our audience. So we draw the audiences from two perspectives: People come to see Eva Hesse and Modigliani and Louise Nevelson because they love their work, but seeing it in the context of the Jewish Museum offers a different perspective.

If you could put on any show, what would it be?

If we have a great idea, maybe we can’t do it in the next season, but if it’s really good, we find a way to do it.

Do you have any plans for the future?

I really do believe in the role of curators as public intellectuals, and museums as places with enormous possibilities for public discourse, education and inspiration, so I would love to work for projects that would expand on those possibilities.

What does the future hold for Jewish art and culture?

I think the fact that anything goes right now in the art world means that anything goes in the creation of art that deals with Jewish culture. I think we are living in an incredibly creative, imaginative moment, and it would be very exciting to see what comes next. I couldn’t have imagined the “Reinventing Ritual” show 10 or 15 years ago, or the Sukkah City project downtown, or JDub Records. These are all wonderful new things, and so I don’t see any reason for this kind of inventiveness not to keep going. The unpredictability of it is, in fact, rather exciting.

The Woman Who Remade the Jewish Museum