Haunted by Love and Other Women 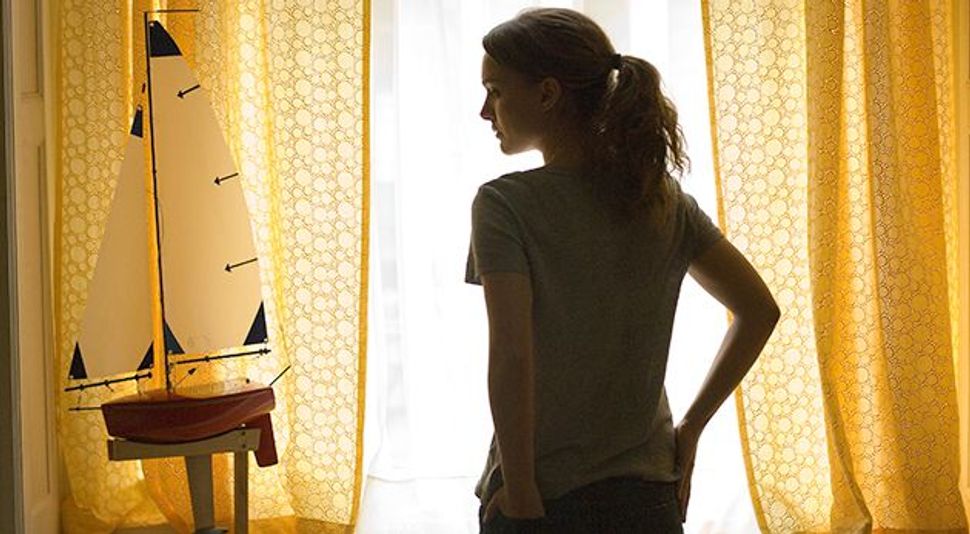 Natalie Portman can act! That’s the lesson this winter seems determined to teach us. The excruciating dead eyes of Padmé Amidala in the “Star Wars” movies are now a long, long time ago, in a galaxy far, far away. These days, Portman is poised to win an Oscar for her performance in the psychological thriller “Black Swan,” but she reveals another side of her emerging multidimensional talent in the February 4 release “The Other Woman.”

Director and screenplay writer Don Roos has made “The Other Woman,” which is based on the novel “Love and Other Impossible Pursuits” by Ayelet Waldman, a more gut-wrenching proposition than is suggested by the cliché of the title. True, Emilia Greenleaf, played by Portman, does play the part of the “home wrecker” in this drama — the law firm associate who waltzes into the office of partner Jack Wolf (Scott Cohen) and breaks up his marriage to well-regarded obstetrician Carolyn Soule (Lisa Kudrow). Emilia ends Jack and Carolyn’s marriage with a positive pregnancy stick and then marries Jack, becoming stepmother to recalcitrant 8-year-old William (known as Will and played convincingly by Charlie Tahan). “Like there’s such a thing as a home wrecker” Emilia says disdainfully to a mother at Will’s school. And all is going dysfunctionally well, until Jack and Emilia’s newborn daughter, Isabel, dies of sudden infant death syndrome at 3 days old. (Hint: Hormonal pregnant women/mothers of newborns, this wrenching film may not be for you.)

Consider this release the flip side of Portman’s other current hit, “No Strings Attached.” We’re talking a whole rugful of strings and a glue factory of attachment. The “other woman” refers to Portman, with her gazellelike beauty — but also, profoundly, to the ghost of the person Isabel could have become. The absence of this other “other woman” hovers constantly over Emilia and renders her otherwise bright life entirely dark. It’s impossible to either exit or enter Emilia and Jack’s apartment without bumping into the Bugaboo stroller that, still partially wrapped, guards the home like an unflagging sentry of grief. Portman plays miserable to the hilt, with perfectly acted spite and gratuitous bitchiness. As her stepson volunteers the information that hummus is a food both Arabs and Israelis enjoy, Portman snaps back, “Yeah, hope of the world, that hummus.”

No one is safe from Emilia’s barbed wit, perhaps Will least of all. But the cruel stepmother is another stereotype successfully avoided. Will doesn’t make it any easier for Emilia, constantly bringing up Isabel. Whether out of naiveté or subconscious cruelty, it’s hard to say. He offers Emilia the chance to sell the baby’s things on eBay, prompting her to tell him, “Shut up!” and to leave the room, nearly sobbing. He tells her over ice cream that his own mother has told him that under Jewish law, Isabel “wasn’t even a person” when she died, because she was 3 rather than 8 days old, another conversation ender. Will is clearly conflicted over Emilia’s role in his life. He includes her in a family portrait for school, but tells her dismissively that since she’s from New Rochelle, “You’re not sophisticated like me and my mother.” Being 8 years old, Will may not even realize that he upsets Emilia most by simply being alive.

Isabel is not the only one who is dead: Emilia seems determined to die a living death, poisoning everyone around her with her misdirected rage. The film takes the more barbed approach of having Emilia be a bitch almost from the movie’s opening frame, and demands more of the viewers as a result: We need to be patient as we find out not only what she has done to others, but also what has happened to her. Her cruelty, it gradually becomes clear, is a cocoon that protects her from her own self-blame and guilt as she second-guesses herself about Isabel’s death, Will’s life and her role in each. Waldman said she had been worried that the film would “soft-pedal how difficult Emilia is, but Natalie Portman’s performance was fearless.”

When something created — whether a marriage or a child — has been ruined, it often becomes much easier to destroy the vestiges of what remains than to attempt the painful process of rebuilding from the wreckage. At a memorial service for Isabel, Emilia turns her wrath on her father, yelling at him in front of her entire family for indiscretions with a stripper. She turns on her mother for taking him back. She paints herself in the worst possible light to Jack, deliberately engaging in acts of self-sabotage. She then gains salvation from the most unlikely sources, but in a quiet and most un-Hollywood way that feels startlingly like real life.

Waldman says she is delighted with how her book looks on the big screen. “It’s a great movie,” she wrote in an e-mail exchange with the Forward, “There are definitely things that were in Don Roos’s script that never made it into the film that I miss… mostly his terrific dark humor… but a movie is two hours long, it can’t be as complete as a novel.”

“The Other Woman” is ugly and painful at times, but consistent in its emotional honesty. When asked what she hopes audiences take away from the movie, Waldman responded: “Love, though meaningful and profound, can never be an excuse for destroying the people around you. There is nothing as narcissistic as a couple in love. We feel like love is holy, and whatever we need to do to further that love is justified.”

Haunted by Love and Other Women