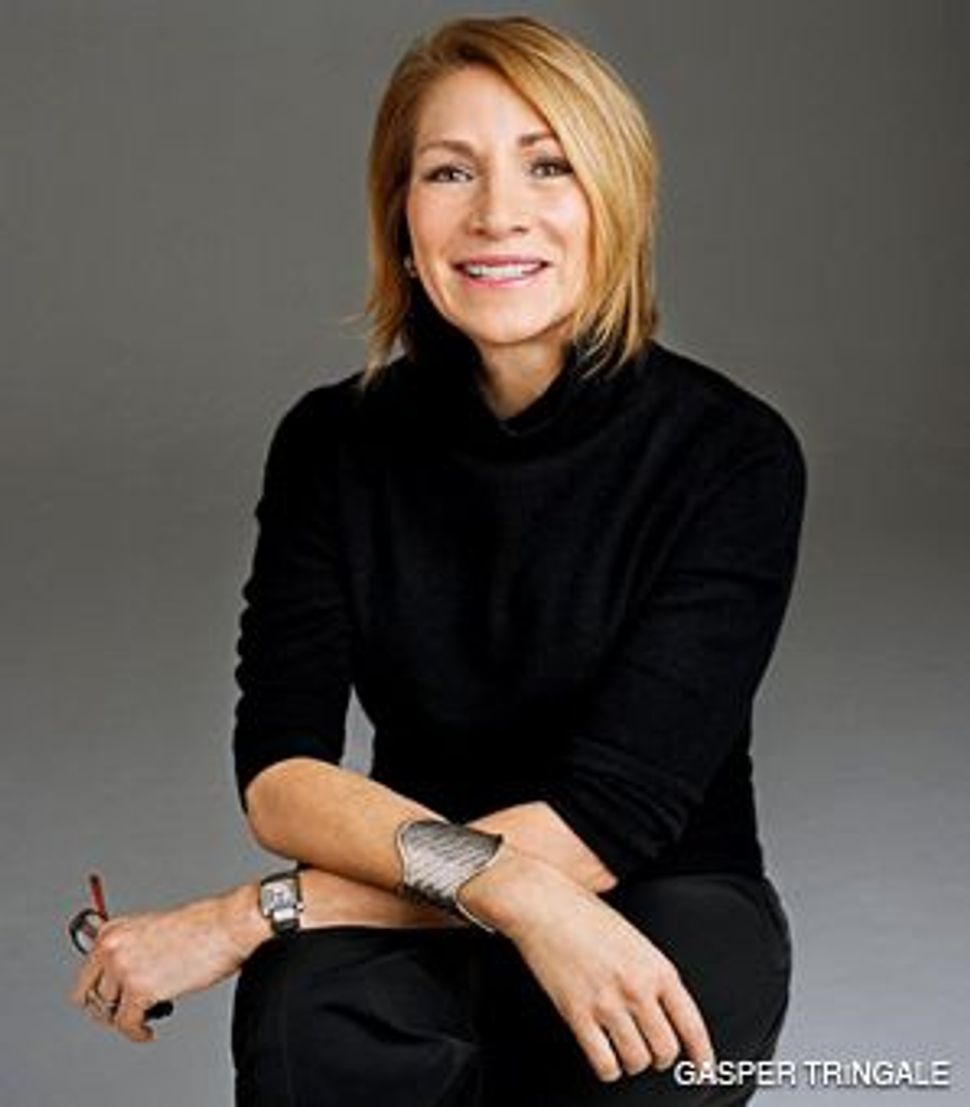 Vanity Fair writer Marie Brenner’s relationship with her older brother, Carl, had long been contentious, she writes in her new memoir, “Apples & Oranges: My Brother and Me, Lost and Found” (Farrar, Straus and Giroux). Although they grew up together in a lively Jewish household in San Antonio during the 1950s and ’60s, the two opted for dramatically different paths: She grew up to be a Manhattan-based investigative journalist whose article on tobacco industry whistleblower Jeffrey Wigand formed the basis for the 1999 movie “The Insider.” He became a gun-toting trial lawyer-turned-apple-farmer, a born-again Christian who split his time between his homes in Texas and his orchard in rural Wenatchee, Wash. 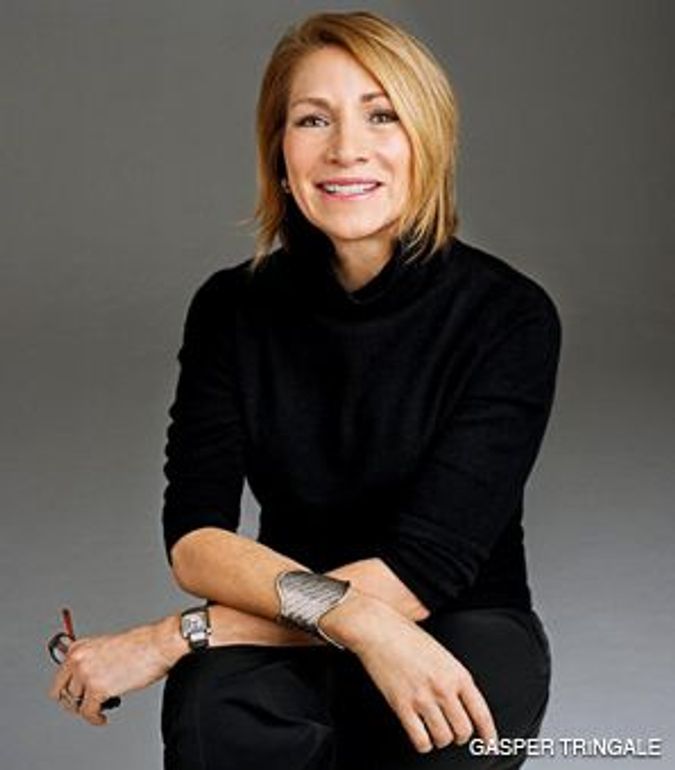 In “Apples and Oranges,” Brenner writes of her weeks-long visits with Carl in the aftermath of his cancer diagnosis and how, against all odds, the siblings found common ground. The author recently sat down with New York-based writer/reporter Gabrielle Birkner to discuss reporting her own story, growing up Jewish in south Texas and coming to terms with her brother’s choices.

Gabrielle Birkner: As writer-at-large for Vanity Fair, you’ve written epic stories, exposing labor disputes in the sugar industry and the rise of antisemitism in France. What was it like to report a story in which you are a subject?

Marie Brenner: When you are a reporter, writing anything personal is like running down the street naked. It is a bone that we do not develop. It was very difficult, but it became an obsession — my obsession to understand my brother. First, I interviewed dozens of psychiatrists, experts on the new theories of sibling research. Then, I spent six months researching everything I could about apples. I interviewed fruit specialists and orchardists all over apple country. All of that got me nowhere. I was still dancing around what the book was really about: my brother and me.

G.B.: During the course of your brother’s three-year illness up until his death in 2003, you would spend weeks at a time at his orchard in Wenatchee. Did your time there change the dynamic of your relationship?

M.B.: I had never had this easy comfort with my brother, and he was much more comfortable on his turf. We would take these long walks. He loved talking about his fruit. Harvesting fruit gave him pleasure. As soon as I got my ego out of the way, as soon as I stopped making everything about my world as a reporter, there was a wall that began dropping. We were able to experience how much we had in common — a shared sense of humor and cynicism, an understanding of the limitations of power and authority, the idea that it was okay to be a maverick — instead of how much separated us. The other piece of this is that I was so moved by what my brother had built. You cannot stand in the middle of this glorious America-the-Beautiful setting and not get tears in your eyes. It’s not a place that you’d think a Jewish trial lawyer would end up.

G.B.: I take it there are not a lot of Jews in Wenatchee?

M.B.: It’s funny. I wound up out there a few years ago during the High Holy Days. I went online; I said there must be something in Wenatchee, and indeed, there are four Jewish families. They have a service around a dining room table. It’s a potluck supper. The hostess wore sweatpants. It was so unlike going to Central Synagogue in Manhattan.

G.B.: You write that your father would tell you: “Never mention religion. We are Texans. Americans. Secular.” Why was he so ambivalent about his faith?

M.B.: He distrusted religion for a lot of different reasons, but mainly because it was the fashion then among the intelligentsia to throw off any vestige of religion so you could assimilate very quickly in America. Anything that struck them as religious was something out of Old Europe that their parents had left behind. Even at our synagogue in San Antonio, there was no Hebrew in the service and our rabbi sent his children to Episcopal day school. At home, we always had Christmas trees with blue-and-white bulbs.

G.B.: Was your mother equally ambivalent?

M.B.: Completely. Her whole family was about disguising themselves for the sake of social advancement. But she had seen some of the first photographs out of the concentration camps, and she became absolutely determined to educate the Mexican American community about the Holocaust — teaching Holocaust education in schools, long before it was fashionable. My mother could have told you the names of 27 different concentration camps and how many people were killed at each one, but she could not have told you the rituals of the Passover Seder. She used to serve sponge cake at the Seder. My grandmother would say, “Thelma, you’re not supposed to have leavened bread,” and my mother would say, “Really?”

G.B.: What’s your own relationship with Judaism today?

M.B.: It’s a shirt I wear very proudly. A lot of my reporting in the last couple of years has been around the rise of antisemitism in France and Europe, and I go all over the world lecturing on this subject, but I do not believe in synagogues. We have a beautiful philosophical system, but I don’t need a rabbi for that.

G.B.: Why do you think your brother embraced Christianity in his final months?

M.B.: He was opposed to psychology, and the types of techniques that I find helpful, and he turned to religion. It calmed him down, for sure. I think he was inspired by Christ’s suffering, and by the notion of an afterlife.

M.B.: Yes, he was. We were terrible to each other. We were so angry because we wanted to connect with each other. The fault was really as much mine as his. That’s what you learn. Once you turn the lens on yourself and you sit there and say, “What’s my role in all of this?” that’s when things begin to get better.

G.B.: If Carl could read “Apples and Oranges,” how do you think he would respond?

M.B.: He would be extremely noisy about it, but, at the end of the day, I think it would make him happy that I cared enough to write it. I think he would have understood that the book is the story of many, many brothers and sisters, and how strong we could be if we made our siblings our closest allies.