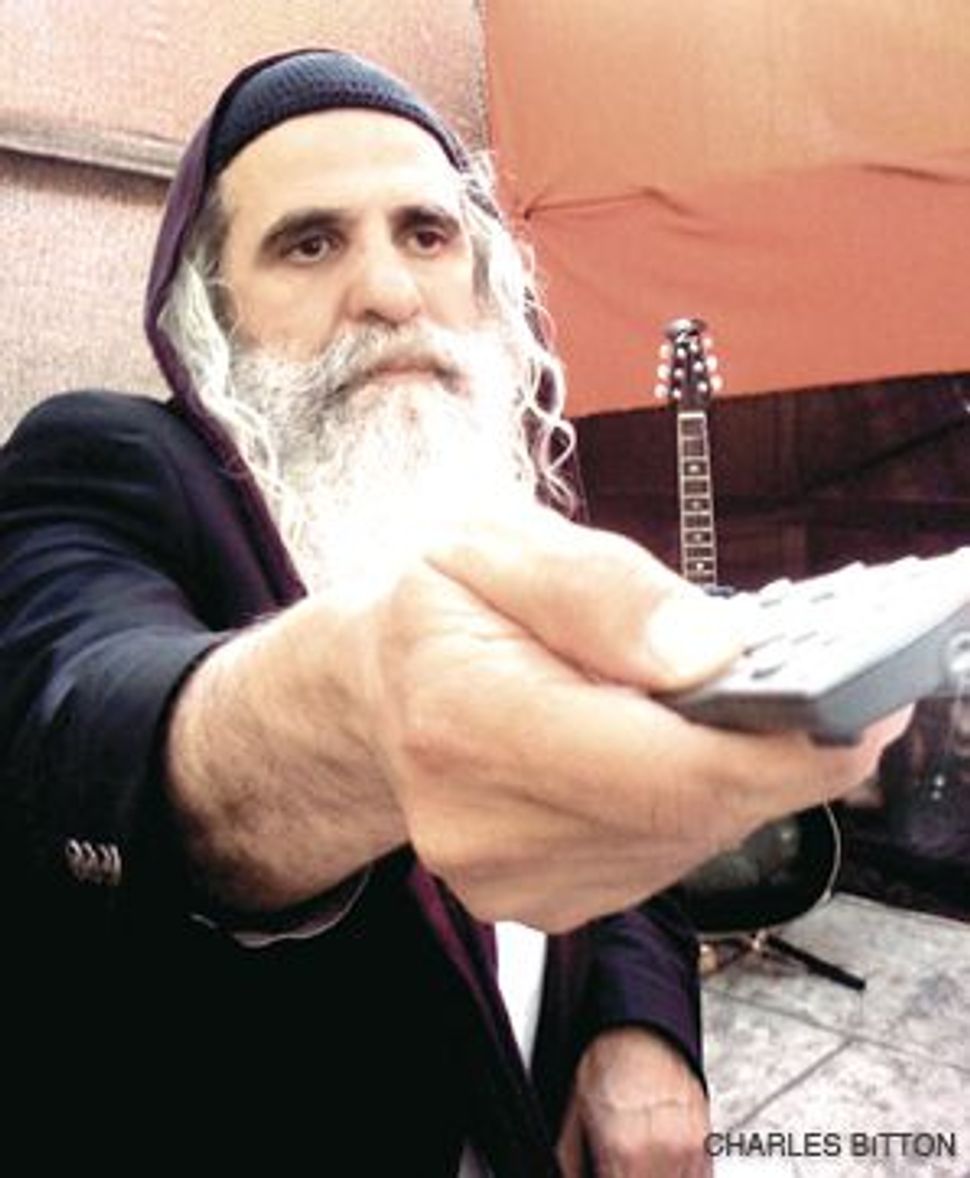 CHANGING THINGS UP: After close to two decades in California, Moroccan-Israeli musician Shmuel Levy is making a go of it in the Big Apple.

In a large oblong room with raised ceilings and a faded brick veneer, Shmuel Levy was picking up the pieces of his scattered songbook. “This is terrible,” he muttered, crawling along the floor, examining more than 100 three-hole-punched sheets that just a moment before had spiraled from his black music binder. “This is a really terrible thing.” 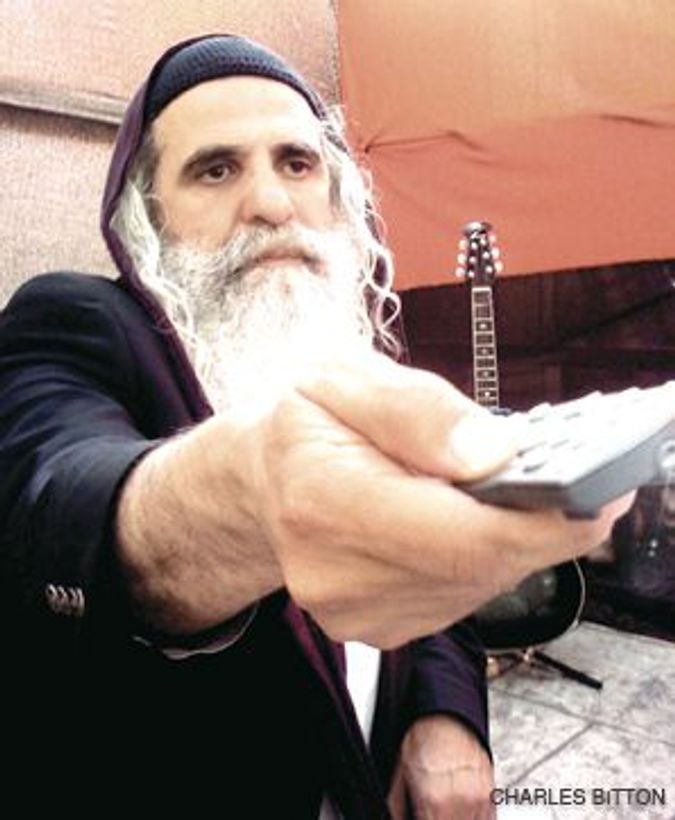 CHANGING THINGS UP: After close to two decades in California, Moroccan-Israeli musician Shmuel Levy is making a go of it in the Big Apple.

An Israeli by way of Casablanca, Morocco, Levy cut an odd prostrate figure. With a silver-burnished beard, foot-long sidelocks and incandescent spheres for eyes, the singer-songwriter who goes by the stage name “LevYatan” — homage to “leviathan,” a biblical sea monster — looks half-beatnik, half-Bible.

To see Levy sprawled and stammering in an office-cum-rehearsal space in Brooklyn seems all the more strange after realizing that he isn’t much of a stickler for organization. Though he has a number of shows scheduled at Manhattan’s Sullivan Hall in the coming weeks, Levy only recently (May 21) started auditioning backup musicians.

“I have no worries,” Levy said, “and anyway, I have an acoustic set that I can play by myself.” Not sounding totally convinced, he added, “But I will get a drummer and bass player.”

Levy’s search for musicians was still on in late May. The band from the week before didn’t stick, and he hasn’t yet explored other options.

“[God] is taking care of everything,” he said. “Everything has its purpose. You just have to be aware of His wisdom.”

Religiosity is a recurring theme in Levy’s two Hebrew-language albums, “Yismah Moshe” and “Wisdom of the Stream,” and in the English-language album he released in 1998, “Mystic Heart.”

Levy’s music is notably dark and melodic. Deep, loping bass lines and straight-ahead rock beats counter hypnotic guitar patterns and haunting vocals. The result is a heavy, blues-tinged answer to most Jewish music of the day.

The music on “Mystic Heart” is particularly urgent. “I’ll Hate To See You Go” is a stripped-down arena rock number, reminiscent of such groups as Iron Maiden and Megadeth. The acoustic guitar and vocal arrangements on “Wooven,” meanwhile, call to mind Soundgarden’s more laid-back work.

A Los Angeles resident since he married in 1990, Levy alternates between performing as LevYatan and as a sideman for various California-based projects. He sees this stint in New York as something of an East Coast coming-out party, so he planned accordingly: In mid-May, he packed his guitar and effects pedals, bought a plane ticket and left his L.A. life behind for what stands to be well over a month.

All signs point to Levy being comfortable on the road. Before settling in L.A., he did a fair amount of traveling. He left Morocco in 1965, at age 8, and moved to the northern Israeli coastal town of Nahariya. It was there that he first picked up a guitar. Levy learned to play rock, jazz, fusion and a number of Israeli styles, and later fulfilled his obligation to the Israel Defense Forces by entertaining the troops.

After completing his army service, Levy moved to Paris, where he formed a group called The Rail. He stayed in France for most of the 1980s and then immigrated to America.

Along the way, he picked up the name LevYatan.

“A friend and I were speaking about the sea lion and the fish of the sea and trying to get a name that was close to that,” he explained. “We came to ‘LevYatan.’”

The moniker had the added advantage of containing his last name, Levy.

LevYatan, Levy pointed out, also includes the Hebrew words “lev” and “yoten,” which together mean “the giving heart.”

“I want to open the heart to play music,” he said. “If you truly play from the heart, the other person will feel it.”

With a number of new songs in various stages of completion, Levy plans to record another album when he returns to L.A. One of the tracks — not yet named — sounds like a synthesis of Israeli artist Idan Raichel and indie-rock trio Dispatch. As with his previous recordings, the lyrics are very metaphorical, and there’s a lot of talk of hearts: giving ones, free ones and joyful ones.

Perhaps Levy’s road warrior mentality or his Hasidism, or both, serve as catalyst for his obscure lyrics. Still, for a guy who already looks a little out of this world, Levy doesn’t want to give concertgoers another reason to fancy him alien.

“I don’t want to confuse anybody,” he said. “I just want to sing songs.”