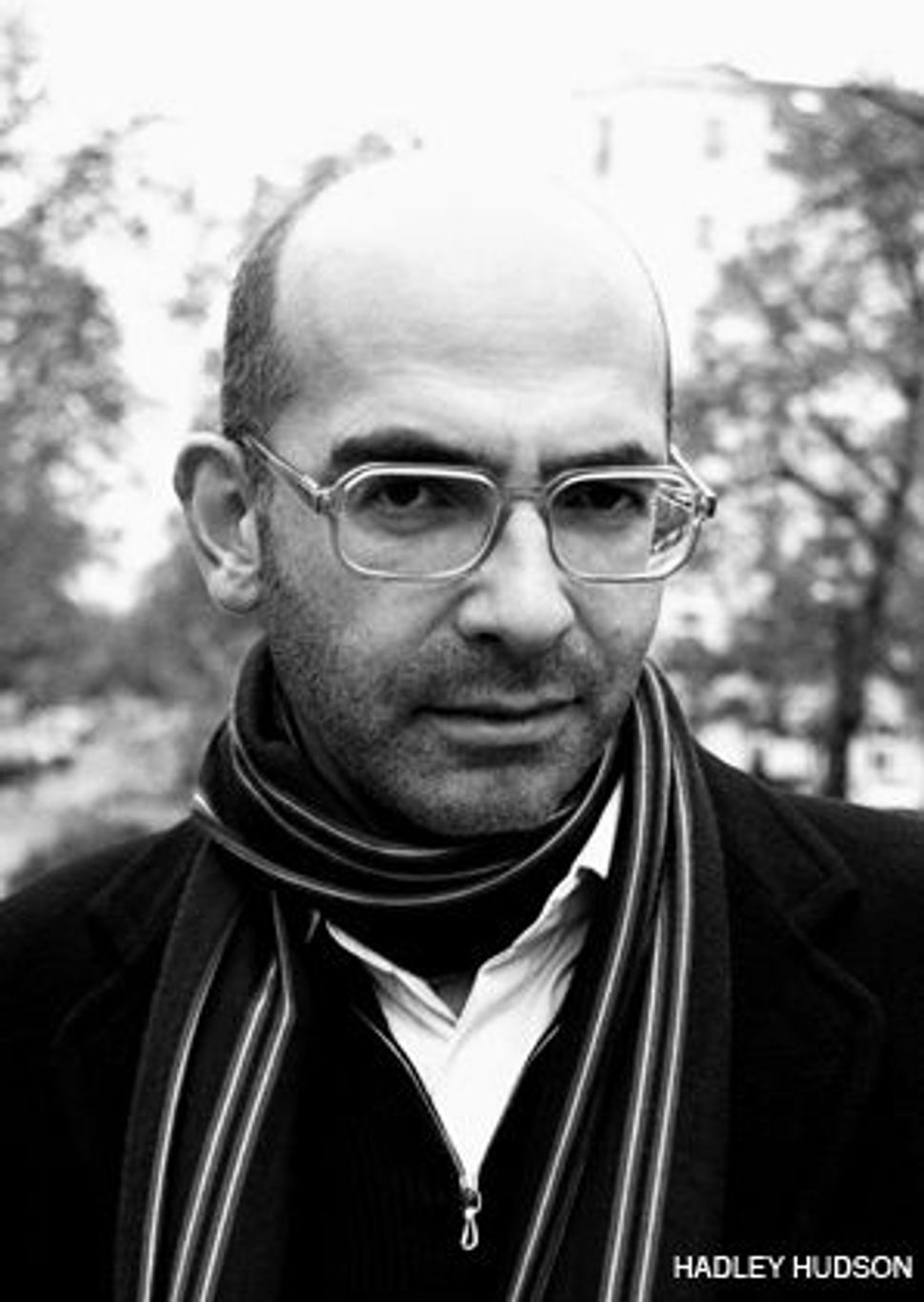 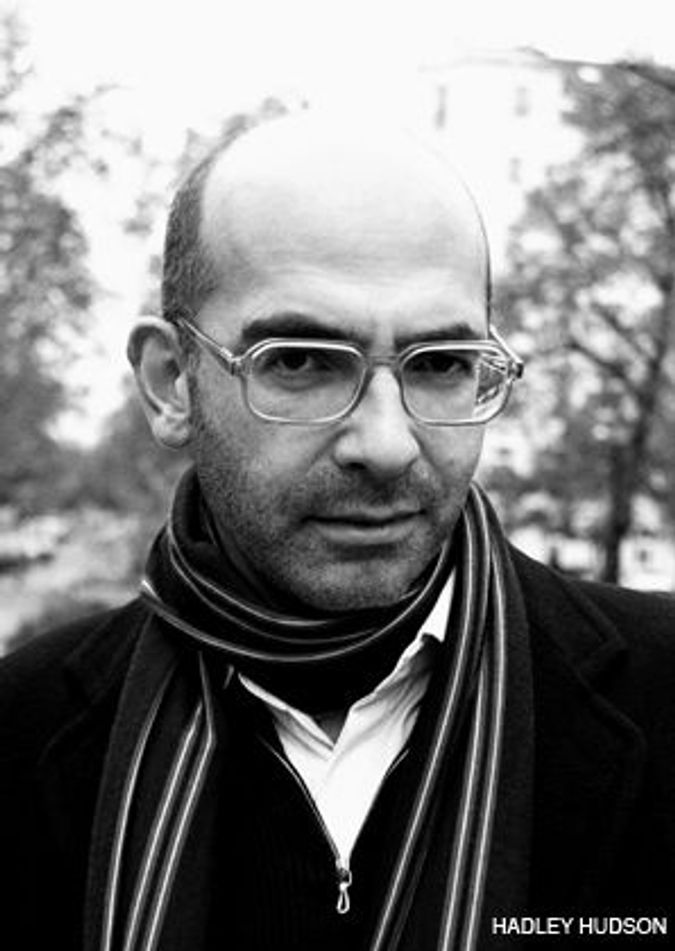 translated from the German by Anthea Bell
Simon & Schuster, 224 pages, $23.

Though he’ll never be as famous here as he is in Germany, the following should be said: Maxim Biller is a bad writer. One wonders which is more incompetent, his prose or his soul. Blurb that on the billboards. Broadcast at will.

What’s worse is that Biller is an incompetent writer with competent taste: He likes good writers; he likes good prose, or says he does; he often drinks too much, and enjoys coffee and cigarettes in cafés in sexy Berlin, his native Prague (where he was born to Russian parents, in 1960) and Tel Aviv. Biller’s hip, vulgar fame can be attributed to his public pernoctations with women, one of whom sued for his portrayal of her in a book and succeeded in having that novel (“Esra,” 2003) banned for a time, while the courts and press sorted through the ashes of their affair and the German Republic’s understandably touchy relationship to censorship. Biller’s taste, however, is attributable to German Jewry: He apes its reading refinements, its Bildung cultivation, yet in his own writing skimps on the rigor (German-Jewish literature was so fertile because it combined conscious outsiderness with the strongest of educations, especially in philosophy) and skips out on innovation.

When one is a budget Raymond Carver, it’s probably better to slip from the bed at midnight and leave minimalism behind. Biller has cuckolded Carver’s stripped prose, as well as his subject — the impossibility of men and women getting along — and has mixed two other ingredients into this lightest of cocktails (Biller mixes metaphors, too, when he doesn’t altogether forget them): exaggerated Jewish pride, which comes from living in a Germany so rapidly changed, and the culture of “emo,” which can be defined as a wounded but willed innocence, whether lazy or scared, and is too often a capitulation to counterforce, a refusal to recognize the difficulties of love. (It also should be remembered that Biller is a journalist, author of the Frankfurter Allgemeine Sonntagszeitung column “Moral Stories,” which he has defined as dealing “with Jews, Germans, Hitler and sex.”)

“Love Today” is the first collection of Biller’s stories to bore our language, the most readable of which is “The Mahogany Elephant.” As it’s available online, one can perform a search and profit if not from the story then from a savings of $23.

“Ziggy Stardust” is about the interactions of a female and male character (whether they’re writers or movie and television actors, all the males here are Biller, or Billers). Over the course of their maturities they meet and part, their connection precipitated by the loan of that David Bowie album whose full title promises more sense than the fiction in which it features: “The Rise and Fall of Ziggy Stardust and the Spiders From Mars.”

“The Maserati Years” is about a Biller who finds out over the phone (the cell phone, mind you, which Europeans call a mobile, and not via a call but through a text message, which Europeans call an SMS) that his ersatz girlfriend is pregnant. He agonizes over selling his Maserati to finance the child. He lies in bed, searches for cigarettes in drawers. Another message comes (enter the spoiler); the girlfriend is not pregnant: “‘Hi, had a fright? Just wanted to see how cold you really are. Don’t ever call me again. Miaow.’”

That last word should either be “ciao” or “meow,” SMS stands for “Short Message Service,” and though Biller is as cold as they come, he never showers that way: “He switched off his phone, went into the bathroom, and showered. He took a very long, very hot shower, and he kept thinking: Go to hell. Then he lay down and tried to sleep, and it worked better than he’d expected.”

In “The Sweet Whore” a Biller in Prague has sex with a whore who is, or is at least said to be, sweet. The best thing you can say about “We Were Sitting in Cibo Matto” is that, indeed, the characters were sitting in Cibo Matto, which appears to be a nightclub. That story’s opening betrays its un-worked nature: “This is the story I heard from my friend Alexis yesterday.” Better writers would have used this rhetorically, as a framing device, to screen a story inside another’s mind. But one is tempted to take Biller at his word, and so friend Alexis, too.

“My Name Was Singer” is telling, and regrettable. A boy Biller, hiding under a table with friend Geli, witnesses Isaac Bashevis Singer seducing a woman at a gathering attended by Biller’s parents, who were, one gets the idea, literati, or Jewish intelligentsia. Years later, with Biller notoriously published, he’s finally introduced to Singer, and this story denudes as only an excuse for the younger writer to exorcise a lack of confidence while calling upon the Nobel laureate to bless him as both Jewish penman and laureate womanizer:

“When I first went to the Frankfurt Book Fair I met him again. He was sitting at the publisher Hanser’s stand with Geli’s father, and I said hello to them both. My first book was just out, and Leszek Schmelzer told Singer I was one of the great hopes of Jewish literature. My girlfriend was beside me, a tall, melancholy German girl who loved me very much. Singer asked her in German where she came from, how she was, and whether she liked my stories. ‘I love them,’ she said. Later, when she wasn’t listening, he told me in Yiddish, ‘You want to beware of women who love your books.’ And as he said that, his nose was sharper and his smile slyer than usual.”

Here, a sort of world-historical German dialectic might be discerned: Singer could turn a love, however briefly held, into a spiritual sustenance. Biller, though, turns sex into fantasias of power and influence, which steamy vignettes are forgotten instantly, by the time the shower runs cold, or the phone rings again.