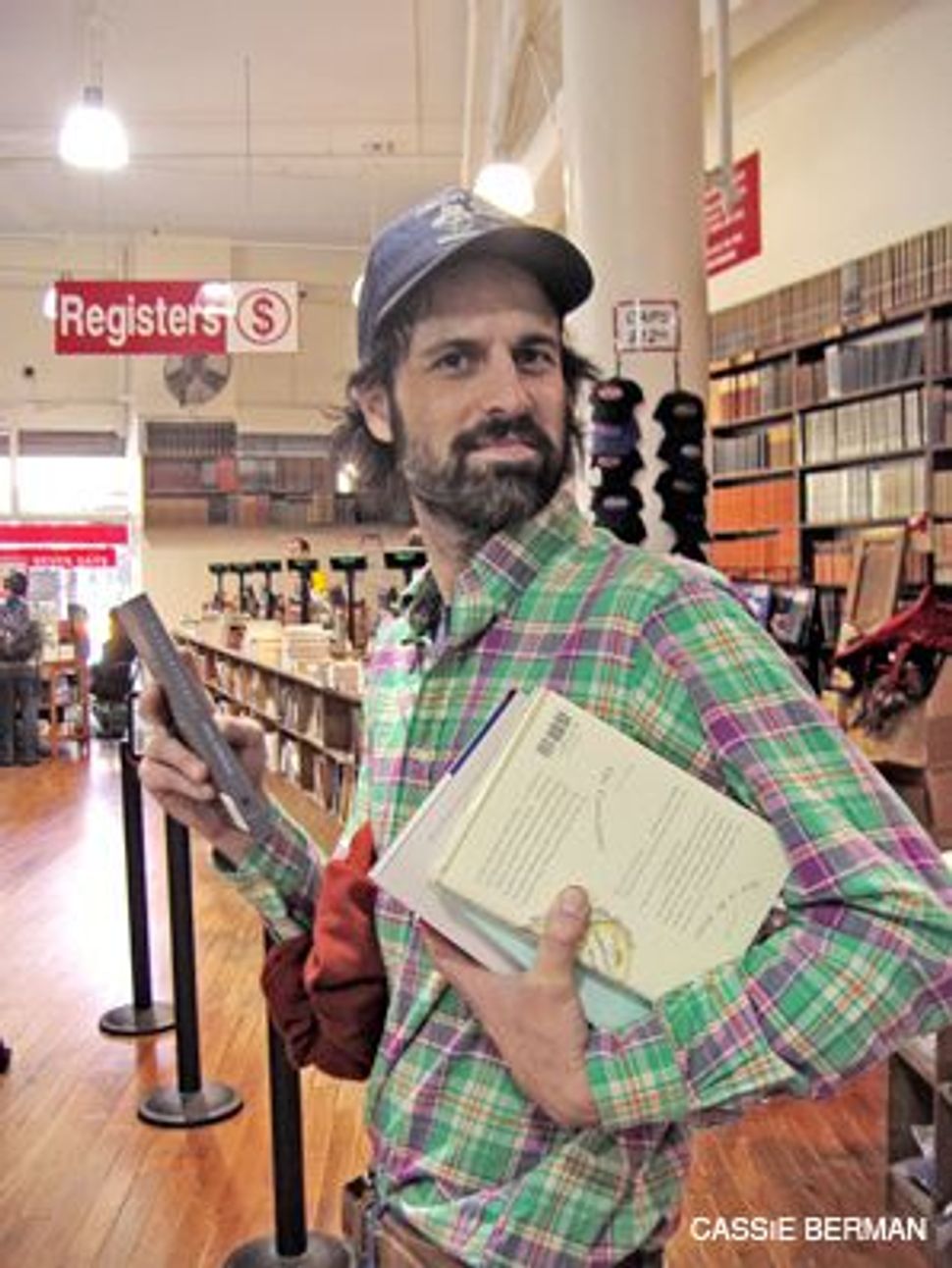 The Silver Jews — one of the most durable indie bands of the early 1990s — have a problem with their name. When the band’s founder, David Berman, came up with it, he didn’t know what it meant, so he fabricated all sorts of stories to explain it. While Europeans want to talk about the name, English-speaking fans frequently try to avoid it. They spell it “Joos,” in order to steer clear of writing things like, “The Jews played a great set last night.” The name clearly makes people uncomfortable. 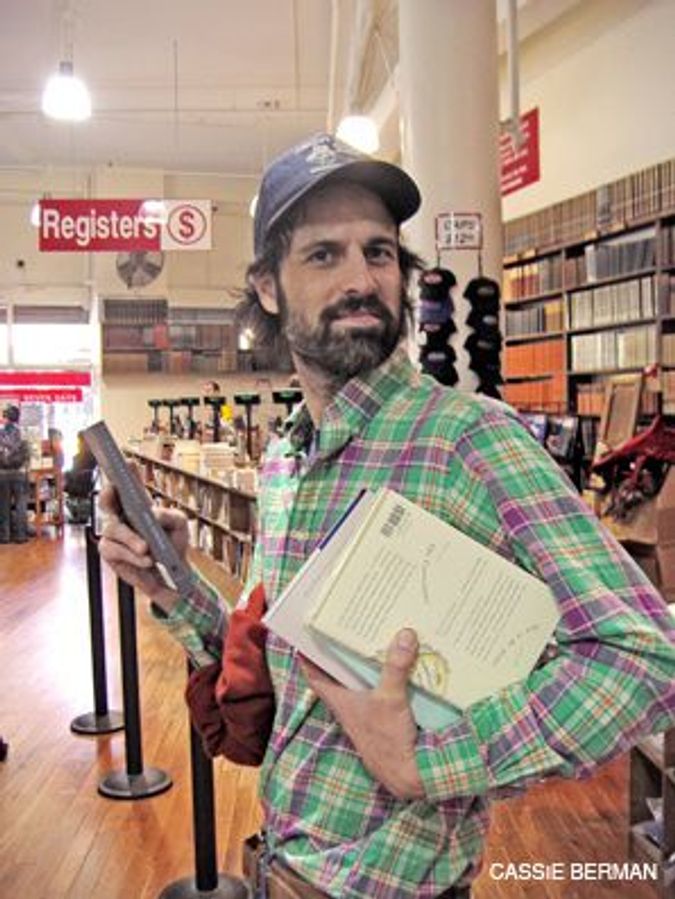 Berman understands discomfort. He is, as he told the Forward in a telephone interview, a paradoxical guy. A musician with a Master of Fine Arts in poetry, he’s an underground rock star who did not tour for 14 years. He’s a singer in the mold of such famously world-weary vocalists as Lou Reed or Leonard Cohen, but he listens to Shlomo Carlebach and has come to sound like Johnny Cash. He lives in Nashville, Tenn., despite his strong dislike of rednecks. He’s a man who studies sacred texts and commentaries every morning, is obsessed with Judaism and yet does not consider himself a real Jew. Berman truly lives his contradictions.

Shuttling between states and his divorced parents, Berman was not particularly religious as a kid. He came to Judaism the hard way. By 2002, he had achieved all the marks of bohemian success: He had produced four critically acclaimed CDs, he had published an equally well-received book of poetry and he was married. But he hadn’t released an album in several years, and he had what is politely known as a substance abuse problem. After a serious suicide attempt, he found himself in rehab and, as he was allowed to leave the hospital only for religious services, he went to synagogue. He read a Jewish self-help book. Then he began to study in earnest.

Since that time, he has cut two CDs. (The more recent one, “Lookout Mountain, Lookout Sea,” will be officially released this month.) While one of the songs on his 2005 album, “Tanglewood Numbers,” does touch on a theological form of both hope and despair (“I saw God’s shadow on this world”), most of his work does not appear all that Jewish. More often than not — and this is true of “Lookout Mountain” — Berman’s tunes and his lyrics veer toward the more secular forms of country. He says he is drawn to country because it is one of the few genres that allow you to sing about failure. Berman considers himself something of a failed Jew. So country music is a perfect fit.

Although he is not particularly observant, Berman is haunted by religion. His feeling for Judaism runs deep and, in his own way, he takes Torah very much to heart. He says that it has shown him how life on earth can survive through both humility and perseverance. He sees one of the great lessons of Judaism in its insistence that you accept the Law before you hear it, that you step into the sea before it parts. It is about taking risks. And risk, as he explains in the first song on the new album, is all.

Nevertheless, taking a risk does not ensure success. Berman imagines Judaism as “a desert city under high walls.” He wants to knock on the gates. In fact, he does knock, but he cannot get in.

Several things keep him out. Berman understands Judaism as a mystical religion, and while he has, in his words, frozen himself “in an open-hearted position” toward God, he is too much a child of the Enlightenment to take what he sees as that all-important leap. More to the point, though, is the fact that his mother was a convert and her conversion was not supervised by an Orthodox rabbi. The implications of this became clear during the band’s tour of Israel in 2006: Berman might feel at home in the Jewish state, but he would not be considered Jewish in the eyes of Israel’s rabbinic authorities. That’s why he doesn’t go to synagogue. He does not see himself as a full-fledged member of the tribe.

It is clear that Berman’s songs and his Judaism engage what he calls “the conservative core of things” in a complicated double play of approach and avoidance. He is drawn toward that core but cannot — or will not — fully embrace it. He therefore finds himself in a “reciprocal antagonism” with the two major orthodoxies in his life — Music Row in Nashville and Orthodox Judaism. The odd thing is that he has adopted, however painfully, the most stringent halachic interpretation of his status as a Jew.

In the same way, Berman won’t find an office on Music Row anytime soon. You could call Silver Jews an “alternative country” band, but that ungainly and ultimately meaningless term can serve only as the roughest approximation. Silver Jews really derive their sound from the artsy minimalism of the seminal late-’60s band the Velvet Underground. While Silver Jews might share with the other alternative country bands a ramshackle, low-fidelity and do-it-yourself appropriation of older, more unfashionable versions of country, their borrowings are more organic and therefore not always so clear-cut. Those borrowings might involve a certain turn of melodic phrase or a bit of instrumentation. Quite frequently, the songs will pledge allegiance to country in the ethos of their lyrics, as in the refrain from the new CD’s “Suffering Jukebox”: “Suffering jukebox, in a happy town/You’re over in the corner breaking down.” By the same token, Berman’s lyrics can veer into another field completely, one much closer to the skewed and deadpan anomie of his published poetry, as in “Candy Jail” (also from “Lookout Mountain”): “Pain works on a sliding scale/So does pleasure in a candy jail/True love doesn’t come around/Any more than fate allows/On a Monday in Fort Lauderdale.”

Entertainment Weekly described the Silver Jews’ “Tanglewood Numbers” as “10 charming ditties about depression.” This isn’t quite true (there are some funny songs there, like the YouTube hit, “How Can I Love You If You Won’t Lie Down?”), but it catches one of the central hooks of Berman’s songs: They can be charming and harrowing at the same time. “Lookout Mountain, Lookout Sea” follows that formula, though with a difference. Berman now sings more emphatically and, frankly, better because he has something he wants to say beyond giving voice to his pain. He makes this clear by describing the new album in narrative terms. The first song acts as a prologue; the next three act as a “quick walk through the darklands,” and the final songs “pass into the sunlight of an open field and beyond.” In other words, “Lookout Mountain” trades, in the end, on hope.

But it is an odd kind of hope. Berman says that it has taken him 17 years to understand that the band’s name is a message of sorts. Berman gets it now: He is a Silver Jew, and Silver Jews are not quite golden ones. They remain outsiders even to the outsiders. Despite his situation and because of it — it is very hard to tell which is the stronger here — Berman cuts an oddly Kafka-esque figure as he stands before the Law, destined never to go in.