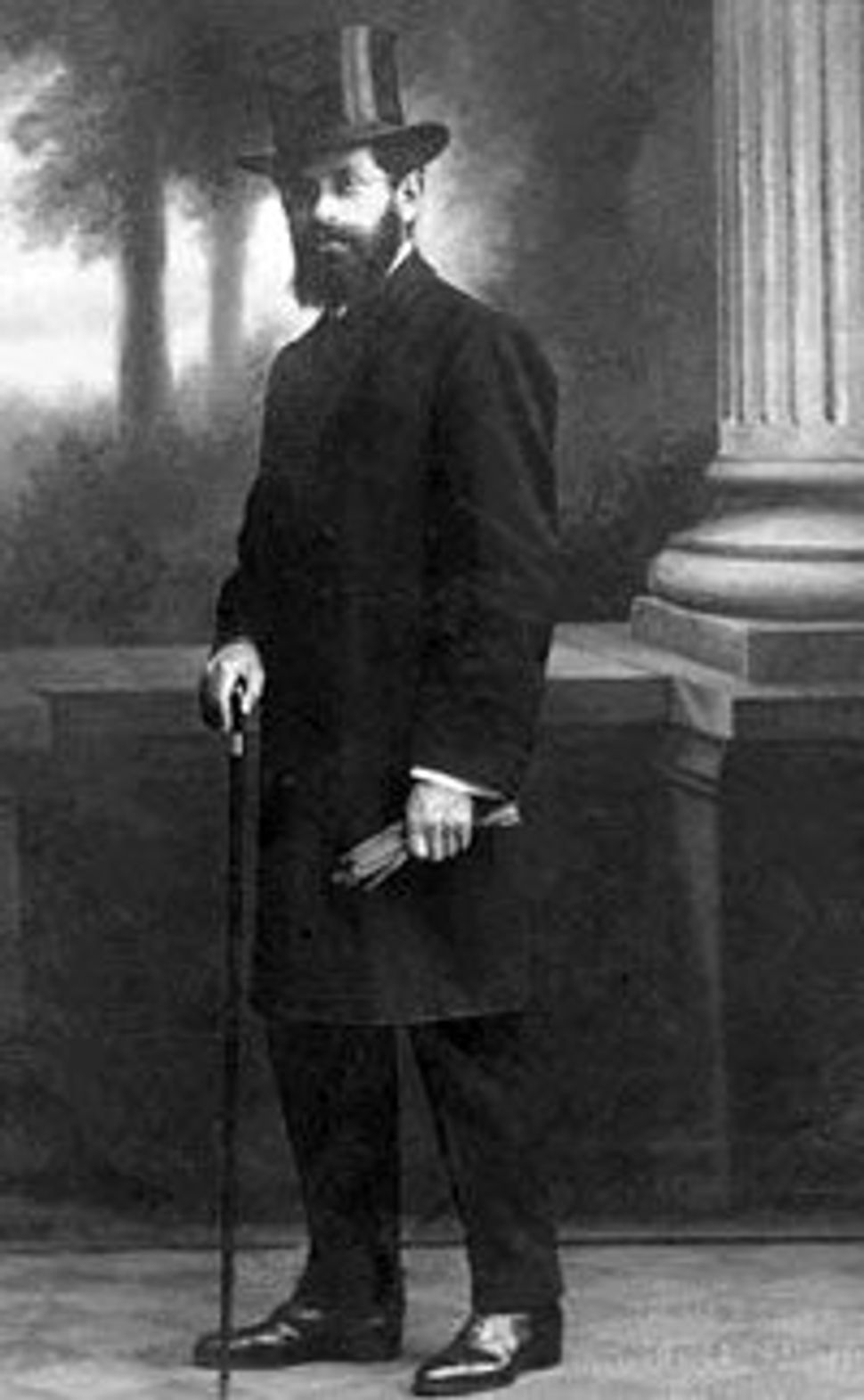 Last December, 300 Israeli rabbis, many of them employees of the state, signed a declaration forbidding Jews to sell or rent property to non-Jews. For some of them, the move was inspired by the philosophy of Isaac Halevi Herzog (1888–1959), one of the main modern proponents of a “halachic state” run according to the tenets of Jewish law. Herzog was the first chief rabbi of the State of Israel, as well as the father of the sixth Israeli president, Chaim Herzog, and the grandfather of the current Labor Knesset member, Isaac Herzog. But during his lifetime he was also known by a different title, albeit a less formal one: the Sinn Féin Rebbe, in honor of the Irish nationalist movement he supported. 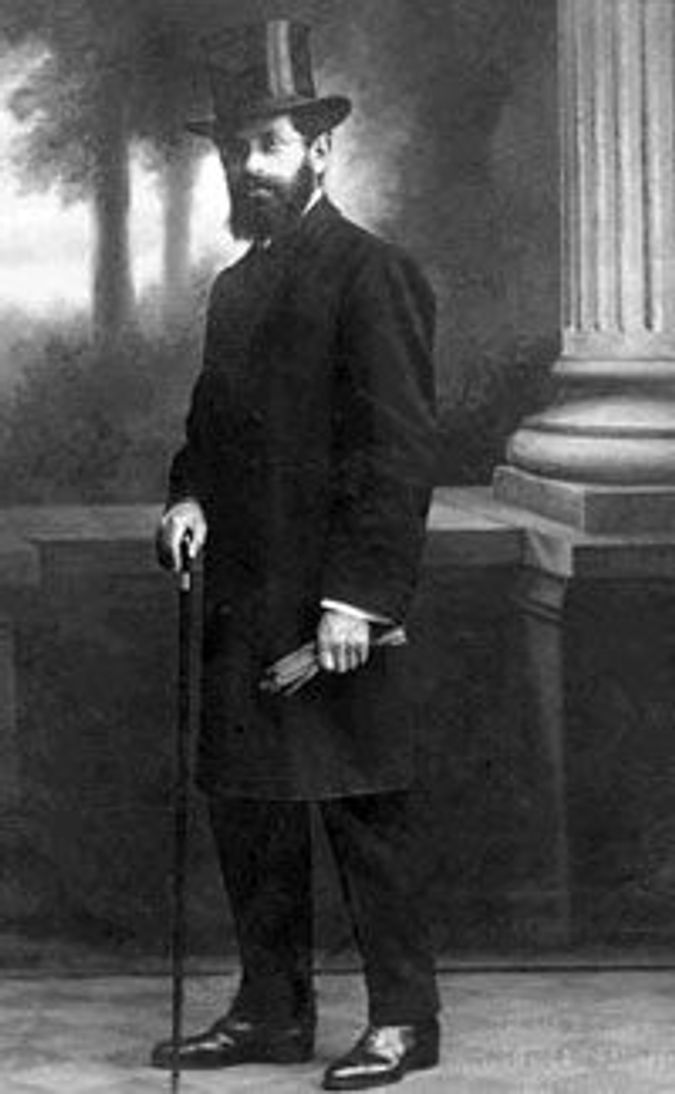 Like many of the Irish leaders, Herzog believed in political clericalism. But also like them, and contrary to his would-be spiritual heirs, he condemned discrimination against members of other faiths.

Herzog was born in Lomza, a town in the northeastern region of Poland that belonged culturally and linguistically to the Lithuanian Jewish milieu. In 1898, Herzog’s family immigrated to England and later to France, where he studied at the Sorbonne University and received rabbinical ordination from his father, Yoel Leib Herzog.

In 1915, Herzog moved to Belfast and served for three years as a rabbi before transferring in 1919 to Dublin, where he became the de facto leader of the entire Jewish community of Ireland. At the same time, Herzog’s economically progressive politics and scholarly interests brought him close to Éamon de Valera, who was then the leader of Sinn Féin and who eventually became the Irish prime minister from 1937 to 1948, and the president of Ireland from 1959 to 1973.

Meaning “We Ourselves” in Irish Gaelic, Sinn Féin was founded in 1905 by the anti-Semitic politician Arthur Griffith, who once wrote that “the Three Evil Influences of the century were the Pirate, the Freemason, and the Jew.” Yet Griffith’s xenophobic views didn’t have much influence on Irish nationalism and were generally considered odd and marginal. De Valera used to visit Herzog’s house to talk about everything from mathematics to linguistics, and at De Valera’s urging, Herzog began studying Irish and learned to speak it fluently. Later, to preserve Irish neutrality, De Valera refused to accept Jewish refugees during the Holocaust, earning the anger of the Jewish world. Herzog, however, maintained his friendship out of respect for De Valera’s defense of Irish Jews.

In fact, attitudes toward Jews in Ireland were far better than in other European countries. Many Irish rebels of the 19th century developed a warm and friendly relationship with the Jews, whom they considered brothers in their struggle. On their part, many Jews participated in Irish nationalist — and even militant — groups. One of the most prominent of these was Robert Briscoe, an Orthodox Dubliner who was the chief IRA agent for procuring German and American arms during the Irish War of Independence. Briscoe was also a two-time mayor of Dublin and a longtime Member of Irish Parliament for Fianna Fáil, the Republican Party.

Herzog was appointed chief rabbi of Ireland by the rebels in 1919, even before formal independence from Britain. He retained this position until 1936, when he was invited to become the Ashkenazic chief rabbi of Palestine upon the death of his predecessor, Abraham Isaac Kook, in 1935. The British authorities were concerned about Herzog, not primarily because of his Zionism, but because of his Irish nationalism and Sinn Féin connections.

Indeed, Herzog’s experiences in Ireland deeply affected his role as chief rabbi. He was the first thinker who seriously and systematically developed the idea of turning Israel into a “halachic state” — an idea, as historians such as Shulamit Eliash of Bar-Ilan University have noted, that sounded like a Jewish version of De Valera’s Catholic policy. For example, De Valera’s Irish constitution (which, incidentally, he sent to Herzog for his approval) included a paragraph about “the special position” of the Catholic Church, a subparagraph about the prohibition of divorce and a clause stating that “the State pledges itself to guard with special care the institution of marriage.” At the same time, his constitution explicitly guaranteed religious freedom and equal rights for Jews, Protestants and other religious minorities.

Similarly, in his seminal book, “Tekhukah le-Yisrael al pi ha-Torah,” (“Jewish Legislation According to the Torah”) Herzog declared that a “halachic state” must provide equal rights to Christians, Muslims and followers of other faiths. While he likely wouldn’t have allowed secular marriage or abortion (though he didn’t address such practical questions explicitly), he also wrote sharply against religious, ethnic and gender discrimination. For example, he strongly defended the right of women and non-Jews to lead Jewish organizations and Israeli governmental bodies.

Herzog knew, however, that some proponents of religious power would support discrimination. Yet he believed that “no rabbi with a brain in his head and with a modicum of common sense” would deny the right of Arabs and other non-Jews to buy houses and land. While some of the rabbis who recently attempted to do exactly that consider themselves — mistakenly — spiritual heirs to Herzog, few of them likely realize that Herzog’s idea of a halachic state was influenced by Irish Catholic nationalist political tradition that protected the rights of religious and ethnic minorities. As the first chief rabbi of Israel, and Sinn Féin Rebbe, warned more than 50 years ago, ethno-religious discrimination should have no part in politics.

Yoel Matveev is a staff writer at the Forverts, a Yiddish poet, and a researcher of anti-authoritarian and socialist ideas within the Jewish tradition.