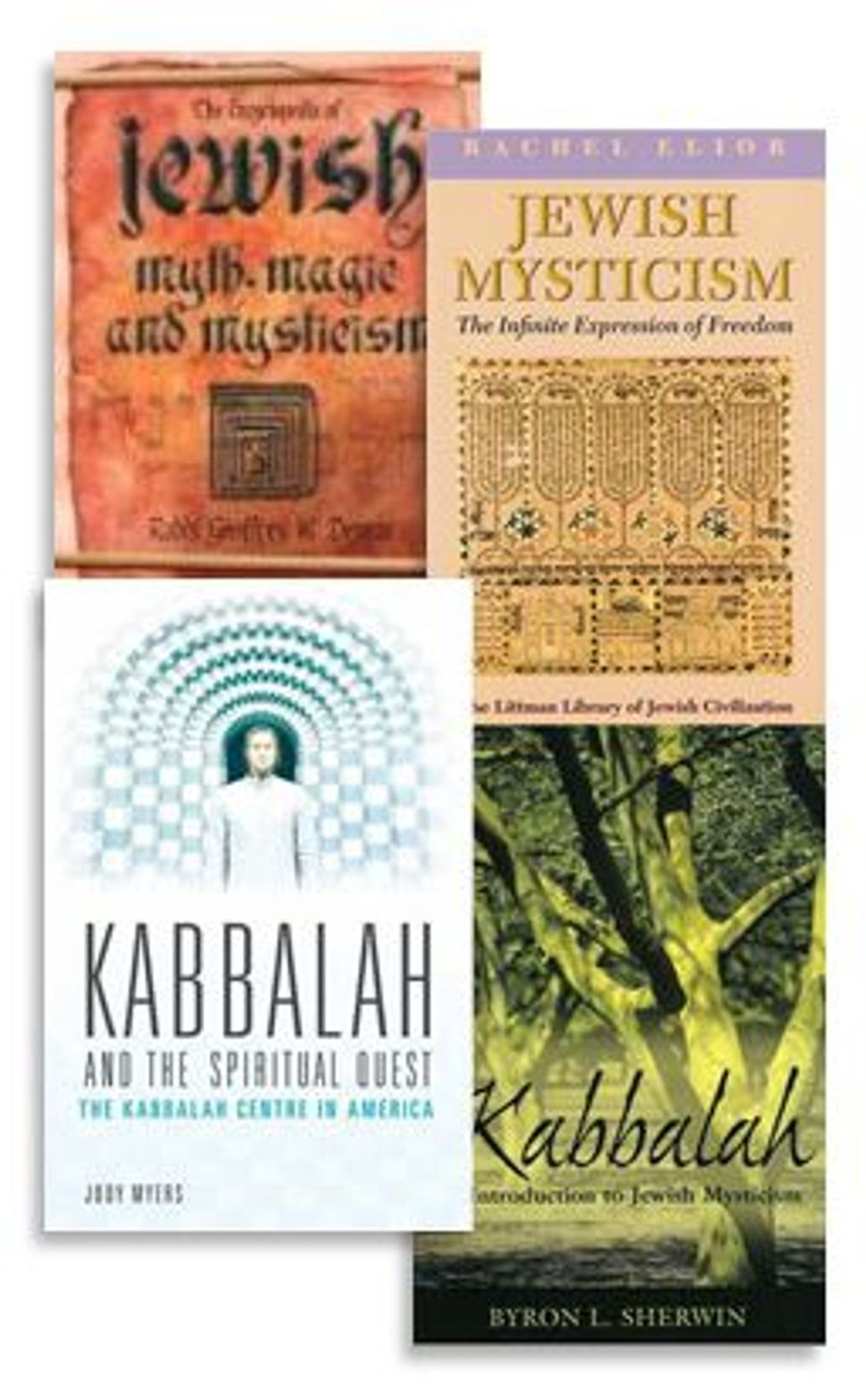 Kabbalah is so… last decade. I still remember the flush of excitement, confusion, appreciation and concern that I felt in 1998 when I first read that Madonna was going to The Kabbalah Centre, and that her new tour design featured kabbalistic imagery. Then came Demi and Ashton and Britney and Roseanne, and a whole decade of references on celebrity Web sites and articles in reputable mainstream magazines. By now, Kabbalah seems like old news. 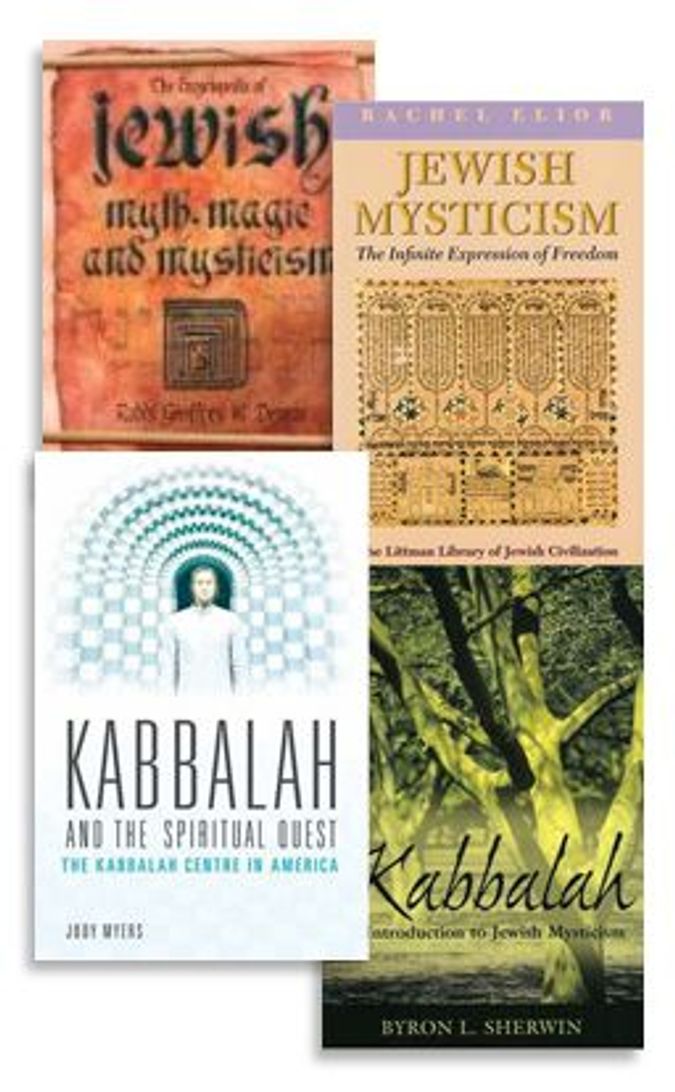 Still, it hasn’t gone away — both the genuine article, which has been around for 800 years, and the popularized version — and so maybe it’s time to start taking pop Kabbalah seriously, at least as a cultural phenomenon. In fact, in at least three areas — introductions to Jewish mysticism, serious Kabbalah scholarship and new academics just coming of age — the past couple of years have been the most fertile for the production of Jewish mysticism in two centuries.

Just a few years ago, I had very few options when people asked me for an accessible introduction to Kabbalah. Usually I referred them to Daniel Matt’s “The Essential Kabbalah” (HarperSanFrancisco, 1995) and left it at that. The anthology is still the best introduction for interested laypeople — though not for scholars, due to its selectivity and ahistoricism.

But since then, some big guns have gotten interested. In 2003, Arthur Green published “A Guide to the Zohar” (Stanford University Press), which is much more than its title suggests, and is in fact an excellent historical introduction to the development of Jewish mysticism. Arthur Goldwag’s “The BeliefNet Guide to Kabbalah” (Three Leaves, 2005) is a kind of whistle-stop tour to Kabbalah, straddling the fence between belief and skepticism. And 2006 saw the publication of “Kabbalah for Dummies” (For Dummies, 2006), which — contrary to my fears — was written by a knowledgeable and trustworthy author, Arthur Kurzweil, who does not disappoint readers: The book is an excellent, readable and reliable guide to Jewish mysticism.

If even those texts are too demanding on your time, there are now numerous new indexes of Kabbalah that provide at-your-fingertips definitions of key terms and concepts. One of the best in English is Gabriella Samuel’s “The Kabbalah Handbook: A Concise Encyclopedia of Terms and Concepts in Jewish Mysticism” (Penguin Group, 2007). Another is Geoffrey Dennis’s “The Encyclopedia of Jewish Myth, Magic and Mysticism” (Llewellyn, 2007). Dennis’s is the more useful and thorough book, providing sources and scholarly information. Samuel’s is a bit more popular in slant; it includes entries on mandala and mantra as well as messiah and Mishnah, and is clearly in the camp of the practitioners rather than of the scholars. Fair enough; there’s something here for everybody, and both of these indexes are convenient, insightful and easy to read.

A raft of other introductions has appeared, as well. Two of the best are Byron Sherman’s “Kabbalah: An Introduction to Jewish Mysticism” (Rowman & Littlefield, 2006) and David Ariel’s “Kabbalah: The Mystic Quest in Judaism” (Rowman & Littlefield, 2006). Sherman’s book is one of those rare finds: an accessible introductory work written by a distinguished scholar. The author’s command of the historical material is very capable, and he leavens the scholarship with personal perspectives and even meditation instructions. Ariel’s volume is similar. An updated version of his 1990 book, “The Mystic Quest,” it too unites scholarly rigor with a style intended for intelligent spiritual seekers.

Likewise the great, recently retired Joseph Dan, whose “Kabbalah: A Very Short Introduction” (Oxford, 2007) caps both a long career and a prolific decade of publication. Dan, who won the Israel Prize in 1997, is now the elder statesman of the study of Jewish mysticism, and his book is more scholarly minded than Ariel’s and Sherman’s. For the reader with a more historical bent, his is the definitive “very short” introduction.

Within the academy proper, the past few years have witnessed an explosion of new publications. For starters, three scholars of the post-Scholem generation — Moshe Idel, Rachel Elior and Elliot Wolfson — have published their magna opera.

Idel’s recent output includes the trilogy “Messianic Mystics” (Yale, 1998) “Kabbalah & Eros” (Yale, 2005) and especially “Absorbing Perfections: Kabbalah and Interpretation” (Yale, 2002). They are difficult reading; Idel is an erudite scholar and an elliptical writer. But much as Scholem’s presentations of kabbalistic nonduality, messianism and symbolism were eventually translated to the popular world by such scholars as Matt and Green, so too do I expect Idel’s discussions of the infinity of Torah and polymorphous sexuality to be similarly conveyed to a wider audience.

Rachel Elior, chair of the Department of Jewish Thought at Hebrew University (where I am completing my own dissertation) has also produced a recent trilogy of career-culminating work: “The Three Temples: On the Emergence of Jewish Mysticism” (Littman, 2004), “The Mystical Origins of Hasidism” (Littman Library of Jewish Civilization, 2006) and, finally, “Jewish Mysticism: The Infinite Expression of Freedom” (Littman, 2007). The first two books are rewritings of some of Jewish mysticism’s most familiar origin-stories, those of the ancient Hechalot and Merkavah schools of visionary mysticism, and of the 18th-century revival movement of Hasidism. But it is “Infinite Expression of Freedom” that most grandly summarizes Elior’s overall theory of Kabbalah: that it creates a cosmic zone of freedom and power for an oppressed and marginalized people. The kabbalists were, as Elior points out, a subjugated group, victims of antisemitism, expulsion and often extreme poverty. And yet they constructed a world in which their actions maintained the universe itself.

Third, Wolfson, a New York University professor, has delivered on the promise of earlier works with the trilogy “Language, Eros, Being: Kabbalistic Hermeneutics and Poetic Imagination” (Fordham University Press, 2005), “Aleph, Mem, Tau: Kabbalistic Musings on Time, Truth, and Death” (University of California, 2006) and “Venturing Beyond: Law and Morality in Kabbalistic Literature” (Oxford University Press, 2006) — as well as the lyrical works “Footdreams and Treetales: 92 Poems” (Fordham, 2007) and “Luminal Darkness: Imaginal Gleanings from Zoharic Literature” (Oneworld, 2006). Wolfson’s vast work engages critical theory — in his case, this includes feminist theory, post-structuralism and a raft of thinkers from Plato to Heidegger. Wolfson’s ideas are complex, resistant to summary and presented in prose even more challenging than Idel’s. Perhaps he needs a translator most of all; though the most penetrating and provocative of his generation, his ideas are probably the least well known.

Next-generation scholars, like Shaul Magid, Lawrence Fine, Pinchas Giller, Daniel Abrams, Elisheva Carlebach and Yossi Chajes, have all put out books of their own. And recently a new wave of academics, mostly in Israel, has come of age, with exciting results. English-speakers await the translations of Melila Hellner-Eshed’s “A River Issues From Eden,” which revolutionizes our understanding of mystical experience in the Zohar; Jonathan Garb’s “The Chosen Will Become Herds: Studies in Twentieth Century Kabbalah” (forthcoming from Yale), and Boaz Huss’s studies of contemporary Kabbalah, the New Age and postmodern spirituality.

Finally, the academic and popular trends are beginning to converge, often in surprising ways. First, more and more scholars are studying contemporary Kabbalah, with fruitful results. Jody Myers’s excellent debunking of The Kabbalah Centre, “Kabbalah and the Spiritual Quest: The Kabbalah Centre in America” (Praeger, 2007), for example, is marked by a scholarly rigor, objectivity and depth of analysis that is absent among the center’s usual promoters and detractors. It’s a must-read for those interested in the truth and hucksterism behind the red strings and expensive bottles of water. Other scholars find that they are as much participants and observers in the work they do. Chava Weissler, for example, embraces the “participant-observer” role in her studies of Jewish renewal. Avraham Elqayam, a professor at Bar-Ilan, has questioned the very basis of academic study of Kabbalah, charging that it is elitist and Eurocentric. Even this article, by someone who teaches Kabbalah both in universities and at retreat centers, and who is writing both a non-academic book on nondual Judaism and an academic dissertation on Jacob Frank, is in some respects an exercise in participant-observation and boundary-crossing.

Perhaps Kabbalah has not gone out of style so much as it has come of age. For some, Kabbalah answers an unmet need for myth, symbol and access to the trans-rational. For others, it is a flowering of Jewish poetic imagination, worthy of study and examination. And for others still, it’s a flash in the pan. As they say, all that glitters is not gold. But after 10 years, maybe some of it is.