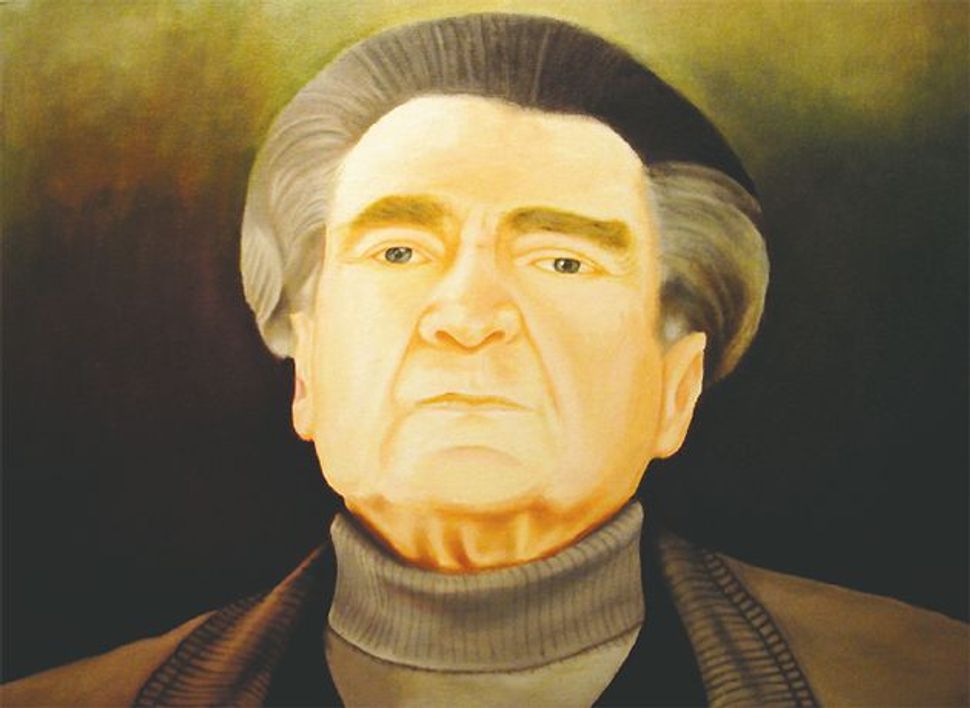 That’s Emil, not Emile: Cioran was Romanian but was not proud of his youthful writing in Bucharest, so his literary output was exclusively French Image by Painting by isaias enrique gonzalez romero

April 8 marks the 100th birthday of French-language aphorist Emil Cioran, and the celebrations in Paris include the publication of ‘Cioran: Mystical Short Prayers’ a philosophical appreciation by Stéphane Barsacq from Les Éditions du Seuil. A colloquium, ‘Cioran: Jubilatory Pessimism’ was held at this year’s Paris Book Fair. And on April 7, Les editions CNRS will publish the philosopher and translator Nicolas Cavaillès’s ‘Cioran in Spite of HImself: Writing Against Oneself.’

Yet Cioran, who died in 1995 at age 84, is less celebrated in English-speaking countries, and this is, in part, because of the efforts of Romanian university professors to analyze Cioran’s juvenilia in his native language, before he became a magisterial French writer. As Charles Simic noted in a November 2010 article in The New York Review of Books, Cioran has been tagged by these authorities as fascist and anti-Semitic.

The most egregious such labeling was done by ‘An Infamous Past: E. M. Cioran and the Rise of Fascism in Romania’ a dense study by Rodica Marta Vartic, a philosophy professor from the Romanian city of Cluj-Napoca who writes under the pen name of Marta Petreu. Despite the obscurity of this academic, her book was translated into English in 2005 and published by Ivan R. Dee. A more sympathetic study, ‘Searching for Cioran’ by Ilinca Zarifopol-Johnston, Cioran’s translator into English from Romanian, came out in 2009, published by Indiana University Press. It places undue weight on Cioran’s youthful writings in a language he would abandon for literary expression.

Yet such labels are profoundly unfair, since they are based entirely on early, and decidedly minor writings by Cioran in his 20s, when he suffered from chronic insomnia so acute that his resulting ravings in print included advocating cannibalism, admiring epilepsy and suggesting euthanasia for everyone older than 35. So desperate was Cioran to experience some sort of change from the morass of his native Romania that during a 1933 study trip to Berlin, he witnessed Nazi rallies and announced that Romania could use a Hitler. He soon realized the folly of this viewpoint, when he had a better idea of who Hitler was. Moving to France definitively in 1937, Cioran abandoned Romanian as a language of literary expression, painstakingly acquiring an exquisite ’ and exquisitely witty ’ command of French.

A parallel, and happy, resolution to the jejune and later much regretted opinions proclaimed in Cioran’s earliest writings occurred even before the outbreak of World War II, by which time he was fascinated by and attracted to Jewish life and culture. He attended a 1930s Bucharest Jewish Congress, where, as he relates in his so-far untranslated ‘Notebooks 1957-1972’ (‘Cahiers: 1957-1972) from Les éditions Gallimard, he appeared to be the only non-Jew present. His close friendships with Jews, including such Romanians as Paul Celan and Benjamin Fondane, are a matter of record, and he went above and beyond mere token acts of good will. When Fondane was arrested in occupied Paris in 1944, Cioran beseeched the influential Gallimard editor Jean Paulhan to accompany him to the police station to try to get Fondane freed as a noted literary figure. Paulhan was essential because Cioran himself was an obscure Romanian émigré who avoided starvation only by eating at student cafeterias in Paris, as he did until his student identification card was finally canceled, when he reached the age of 40. Despite Cioran’s utter lack of status in the Paris literary world, he convinced Paulhan, and the two of them presented themselves to the police in occupied France to intercede on Fondane’s behalf. Sadly, this was to no avail.

After the war, Cioran actively supported the tormented Romanian-born Jewish poet and Holocaust survivor Celan, despite the difficulties of coping with Celan’s ongoing mental illness. Even Cioran, who praised friends for being ‘marginal’ and was accustomed to suicidal phone calls that came in the middle of the night, requiring hours of consolation, found Celan hard to take. In gratitude, Celan translated Cioran’s first French-language book, ‘A Short History of Decay’ (1949’s ‘Précis de Decomposition’), into German as ‘Lehre Vom Zerfall’.

Cioran’s many other Jewish friends and colleagues included American Jewish poet Richard Howard, who captured Cioran’s literary elegance in several English translations offering emotionally astute practical advice for readers, in such still available titles from Arcade Publishing as ‘The Trouble With Being Born’ and ‘Anathemas and Admirations’.

Cioran’s ‘Cahiers’ contains, apart from descriptions of constant inspiration from these Jewish friends, an account of a 1968 Paris lecture by Elie Wiesel on Reb Nachman of Bratslav, containing reflections on, and identifications with, Jewishness. In 1965 Cioran wrote ‘I am metaphysically Jewish’ which he followed in 1969 with: ‘The only people I relate to deeply are Jews. We share the same imperfections.’ His further metaphysical reflection in 1970, ‘The refusal of Christianity by the Jews can only be termed brilliant’ is topped by the following mordant ethical critique of European character: ‘The only good folks in Germany were Jews. Now that they are dead, all that remains is a kind of monstrous Belgium.’

To the above observations may be added further philo-Semitic statements in a collection of interviews, ‘Cioran: Entretiens’ published in 1995 by Les editions Gallimard and also not translated into English, that likewise reveals Cioran’s charming volubility and conversational verve. The ‘Cahiers’ is especially eye-opening in detailing how charges against Cioran by Romanian academics are by no means new. On the contrary, in postwar Paris, Marxist sociologist Lucien Goldmann, born in Bucharest to a Jewish family, for two decades denounced Cioran as a fascist in literary Paris, an opinion based on his very early Romanian-language writings. In 1969, when Goldmann finally met Cioran, at the apartment of Catholic philosopher Gabriel Marcel, they had a friendly chat and ‘parted friends’ as Cioran noted. After Goldmann’s death, in 1970, Cioran wrote that because of Goldmann’s relentless accusations, he was not accorded any university or research job that might have distracted him from his literary work. Instead of penning a ‘forcibly unreadable thesis’ Cioran created his delightfully elegant, amusing and emotionally insightful French oeuvre, which remains to be appreciated fully in English.

Despite numerous misprisions, Cioran at his centenary is a writer of achievement, insight and perception. His posterity should depend on readers willing to focus first and foremost on his French books, instead of on puerile efforts that can no longer claim any sense of ‘urgency’ as previously little-known rediscoveries. Mining these mostly uninteresting Romanian-language texts, some authors have given English-language readers the bad news about Cioran. The good news remains, to a significant degree, unexplored, providing material for the next century of Cioran appreciation.

Cioran expressing himself circa 1970 about the act of writing:

Cioran talking about the extraordinary experience of being alive:

1966: ‘I’ve read [Jean-François Steiner’s] book on Treblinka. An unbelievable nightmare, scarcely imaginable’ Yet the ever-vital astonishment one feels faced with the impenetrable destiny of the Jews. All other people have a history; only they have a destiny.’

1969: ‘Only two people have profound humor, meaningful, captivating: Jews and Gypsies. Two uprooted, wandering peoples. This throws a light upon the essence of humor.’

1970 ‘The ancient Greeks and the Jews – the most gifted of all peoples.’