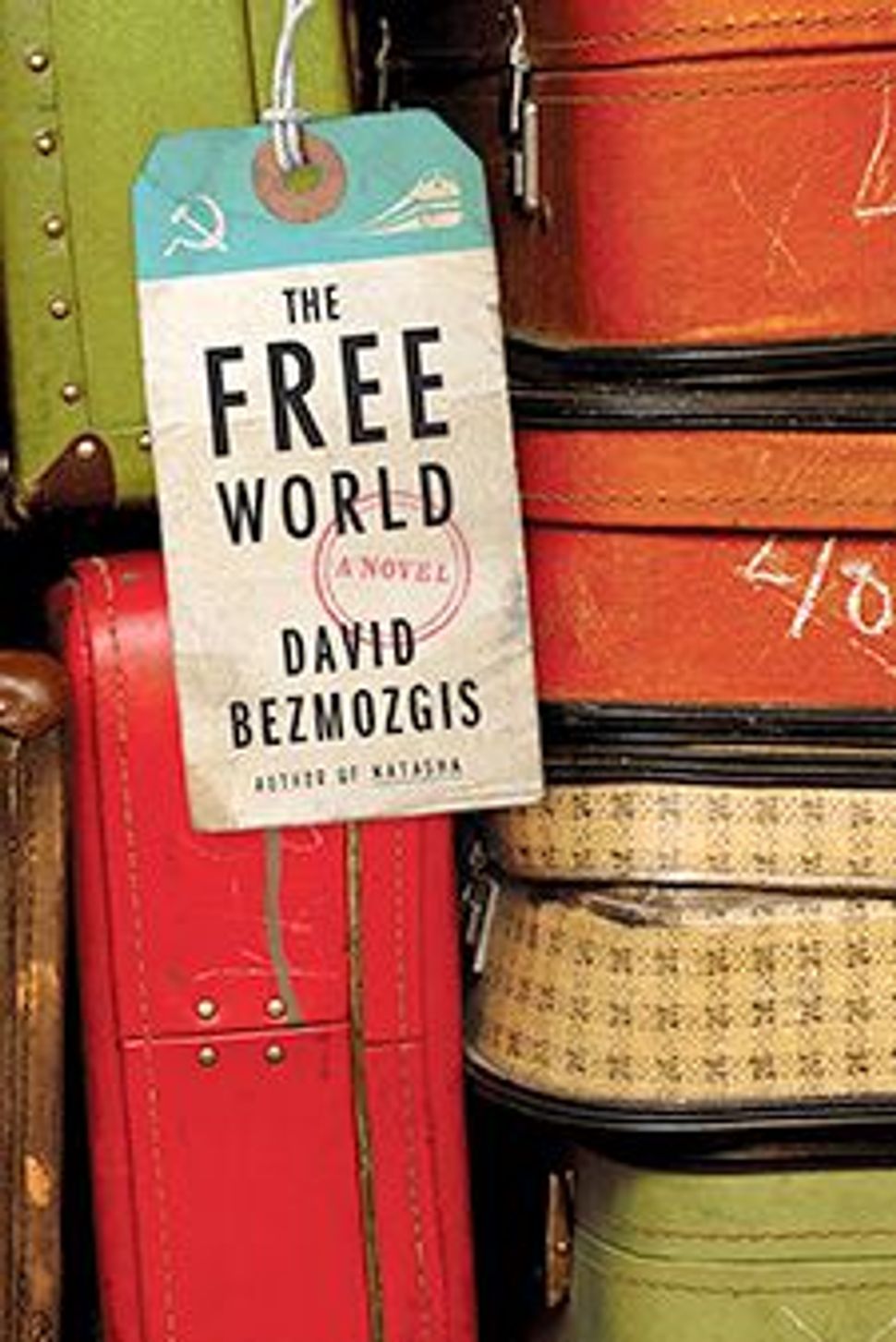 THE FREE WORLD, By David Bezmozgis 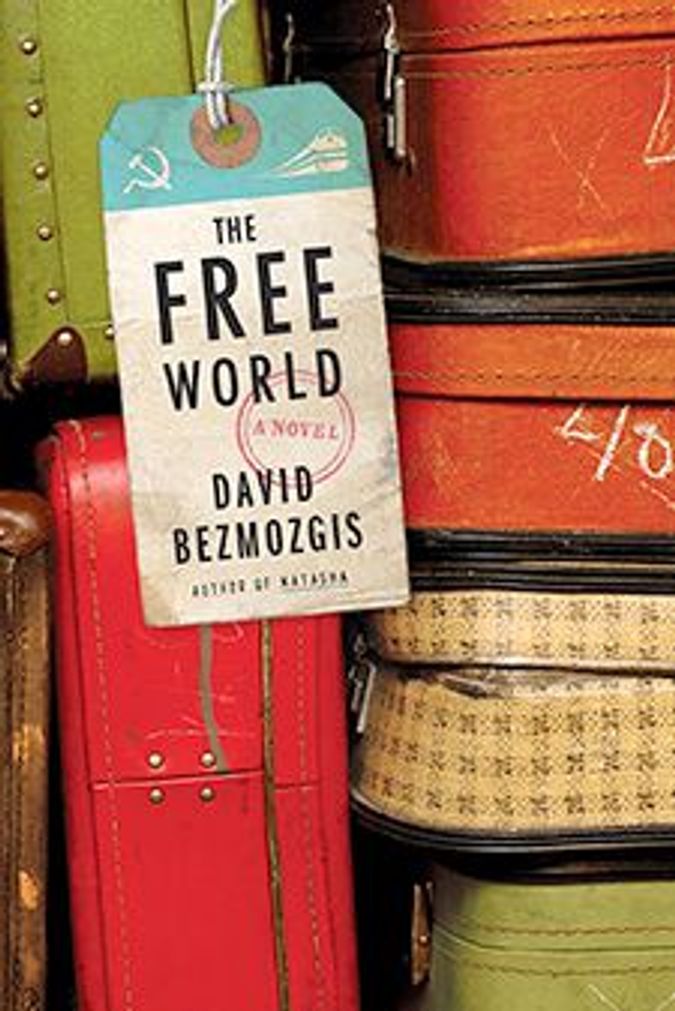 THE FREE WORLD, By David Bezmozgis

In his appreciation of the film “The Wizard of Oz,” Salman Rushdie wrote, “The real secret of the ruby slippers is not that ‘there’s no place like home,’ but rather that there is no longer such a place as home: except, of course, for the home we make, or the homes that are made for us, in Oz: which is anywhere, and everywhere, except the place from which we began.”

“The Free World,” the highly anticipated first novel by Latvian-Canadian short story author David Bezmozgis, focuses on that liminal place between homes, a suspended limbo where immigrants come to realize that they are about to undertake a life that will forever complicate, if not annihilate, any notion of home.

Bezmozgis’s tenderly written novel takes place in the late 1970s, when hundreds of thousands of Jews began emigrating from the Soviet Union as refugees. Italy provided temporary sanctuary to these nomads on their way to Israel, the United States, Canada or elsewhere. What resulted during that period was a surreal kind of purgatory: strange families thrust together in run-down apartments, endless processing of paperwork through middleman agencies like the Hebrew Immigrant Aid Society, the creation of makeshift Hebrew schools in an effort to re-educate Jews living too long under an oppressive secular regime. It was an atmosphere rife with hustling and black market activity, but also a carnival of sorts, a first exotic taste of freedom. Through the perspectives of different members of the Krasnansky family, Bezmozgis beautifully captures the wide-eyed wonder at the new world mingled with the bureaucracy and cynical machinations experienced by these shell-shocked émigrés.

Each member of the family represents a different Soviet type. We have the patriarch, Samuil, an unrepentant old-school communist whose war medals were confiscated at customs, in whose head “the real events of proletariat struggle and triumph were housed like a breathing archive”; his innocent, fluttering wife, Rosa, and his two sons, Alec and Karl, the former a charming if naive Casanova, and the latter a wily, brute survivor. Polina, Alec’s non-Jewish wife, the book’s most quietly compelling character, reluctantly realizes the sacrifices she has made in order to throw in her lot with her dashing new husband and his family.

In Italy, they are caught between the nostalgic pull of the past and an uncertain future. At the last moment, their sponsorship to Chicago falls through and they are talked into applying for entry to Canada. The arbitrary nature of their destination is both frightening and exhilarating. Alec and Polina’s roommate says, “Basically, I want the country with the fewest parades.” In the meantime, they must grapple with what they left behind. Samuil is haunted by a past torn between his communist and Jewish allegiances, one that had grave consequences for his parents and brother. Polina mourns the separation from her sister and parents. Alec and Karl concentrate on making the most of their new circumstances, whether that hinges on pretty young girls or lucrative back-alley deals. Bezmozgis brings forth the chaos of the teeming streets of Rome, the bewilderment of the displaced émigrés and the pleasure of newfound freedoms: Alec and Polina watch their first pornographic movie together, “something that communism denied us.”

What makes Bezmozgis such a joy to read is his sincerity of tone, his seemingly bottomless empathy. Irony and black humor are inevitable characteristics of prose by writers from the former Soviet Union; they are ingrained in our literature, our very worldview. As young immigrant writers, our knowledge of our community benefits from both an insider’s and outsider’s perspective, but the danger of this observational stance is the potential to turn on our characters, make them comical at the expense of their humanity. Bezmozgis (who last year was named one of The New Yorker’s 20 Under 40) never falls into this trap; his loyalties lie staunchly with his creations, and the absurdities he points out are deeply funny, yet filtered through a mature wisdom. (“Everything naturally flowed toward mediocrity; for this the world needed little in the way of your cooperation,” Alec muses during his efforts to woo Polina in the Soviet Union. “Whereas total incompetence or extreme proficiency demanded some application.”) Best of all are the fluidity of Bezmozgis’s sentences, luminous without being ostentatious.

On one hand, the narrative momentum of “The Free World” hinges on waiting for the green light that will point the way to where the Krasnansky family will head. In reality, the novel’s suspense lies more in character development than in the plot’s outcome. Because what the setting makes symbolically apparent is that no matter where they end up, these people will always reside in the nebulous hyphen, in this eternal Italy, belonging neither here nor there. For a sense of what awaits those like the Krasnanskys across the ocean, it is imperative to read Bezmozgis’s brilliant short story collection “Natasha.”

“They were all obsolete,” Samuil thinks, looking around a hall filled with compatriots, “a traveling museum exhibit of a lost kind: Russian Jewish communists, unlikely survivors of repeat appointments with death. And if he allowed himself to feel a kinship with these people, what was the good of it? It was a kinship with the past.” Survival may at first depend on a breaking with the past, but as Bezmozgis’s significant talent demonstrates, it also hinges on never quite letting go of that past, on bringing it vividly, compassionately, to life.

Irina Reyn is the author of the novel “What Happened to Anna K” (Touchstone, 2008).