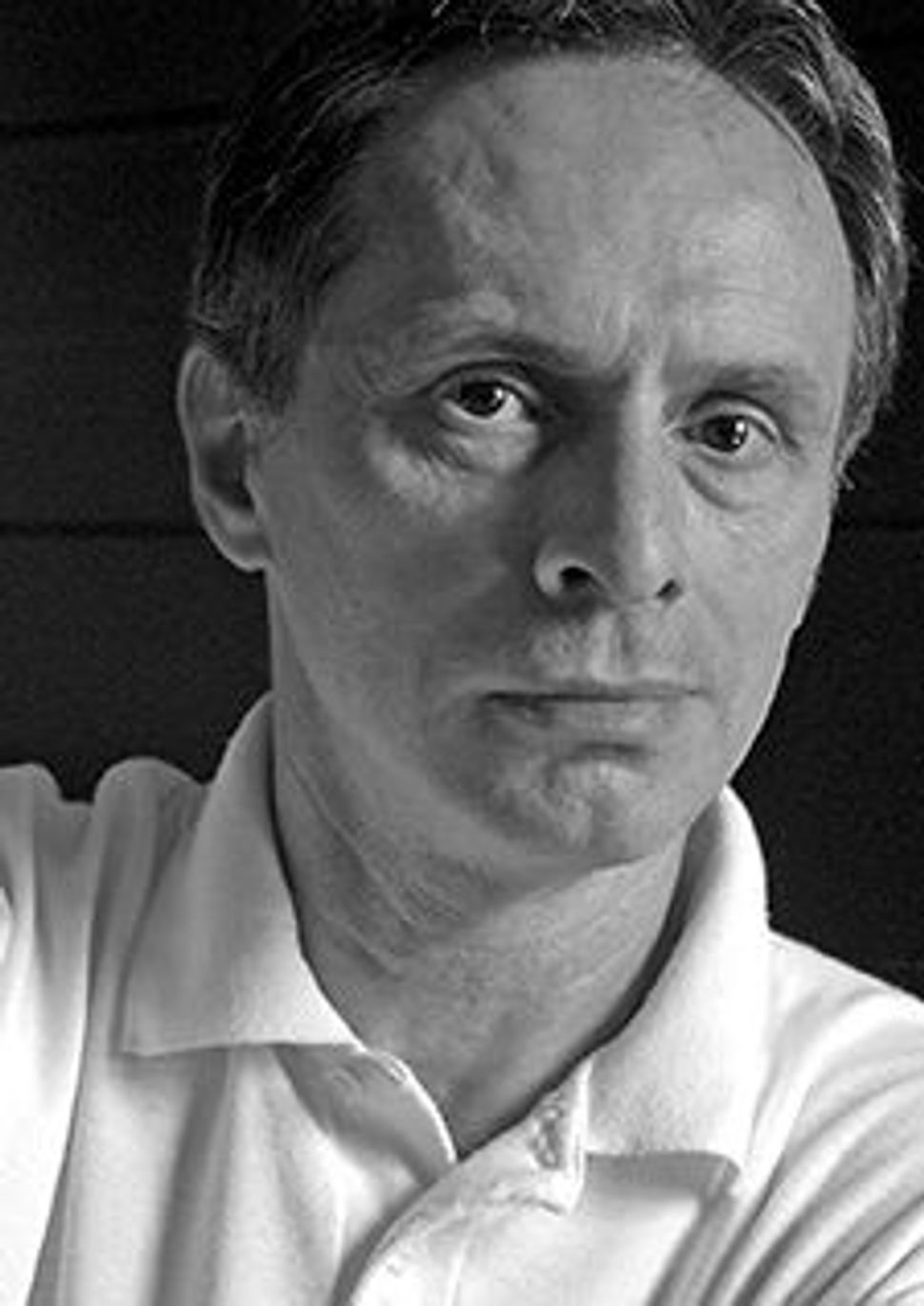 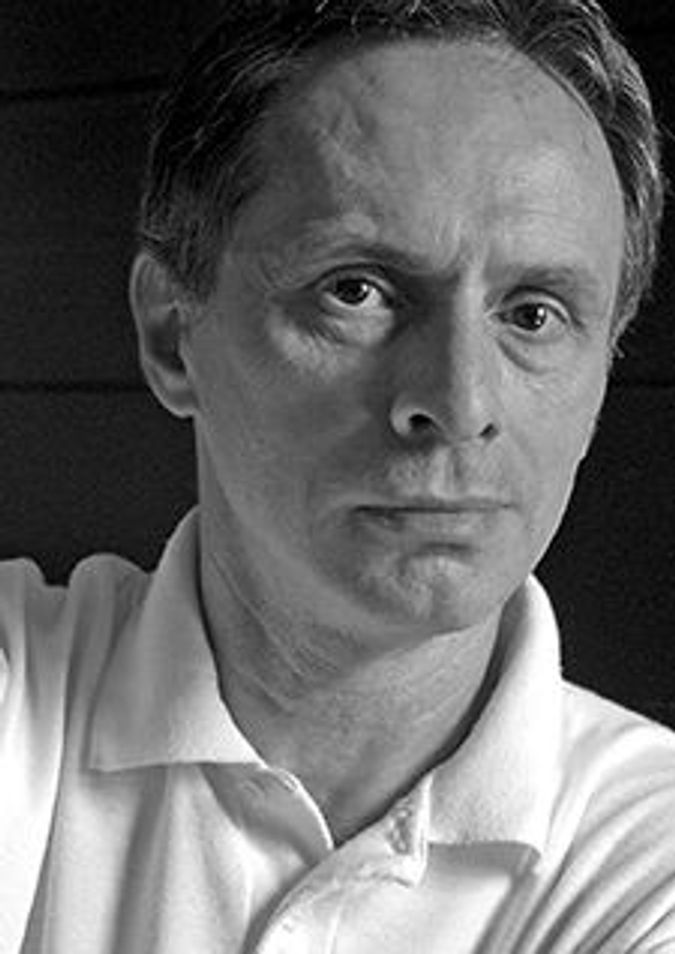 In assessing the work of Serbian-Jewish writer David Albahari, any English-language reader would be working with half a deck. Albahari, who writes in Serbian but has lived in Canada since 1994, has published more than 20 books, including novels, short-story collections, a few books of essays and a children’s book. Only six of these works — a career-spanning short-story collection called “Words Are Something Else” and five novels — have been translated into English.

But from this limited selection, one can glean something about Albahari’s authorial tendencies. The novels “Tsing,” “Bait” and “Götz and Meyer” are all told in a single paragraph, circling back frequently to certain idées fixes. His narrators are anonymous, self-effacing, middle-aged Serbian men, usually living in voluntary exile in Canada. They are deeply concerned with the individual’s role in history, particularly in the Holocaust, but often consider themselves unequal to the narrative tasks they set for themselves. Yet, through their halting movements they inevitably reveal far more than they obscure.

For example, in “Tsing” a writer traveling around the United States struggles to write something new while consumed with memories of his recently deceased father. In “Bait” a Serbian man listens to tapes of his mother (also recently deceased) and claims repeatedly that he is unable to write the story of her life. In the powerful “Götz and Meyer” a teacher researches the annihilation of Belgrade’s Jews through the semi-fictional lens of two SS men, Götz and Meyer, who drive a gas van. As he performs his research, the teacher ascribes various qualities to Götz and Meyer — who are always referred to as a pair — but his understanding reaches a limit, crashing up against the inscrutability of the dyad, exemplified by the quotidian nature of the title characters’ murderous behavior.

As in the aforementioned novels, Albahari employs a one-paragraph style in “Leeches,” his latest novel to appear in English, but the book is a more capacious and byzantine work. Rich with conspiracy, red herrings, hallucinations, Jewish mysticism and hidden geometric symbols, “Leeches” reads like a mix of Haruki Murakami, Danilo Kiš and Jorge Luis Borges, marinated in a kabbalistic broth.

Beginning on March 8, 1998, and playing out over the following nine weeks, the novel opens with the unnamed narrator, a writer of short stories and op-ed pieces for a Belgrade weekly, witnessing a man slap a woman by the Danube. The writer follows the woman but soon loses her. Later, he responds to a newspaper ad that reads, “Sometimes a slap can change the entire cosmos — Code Palm.” 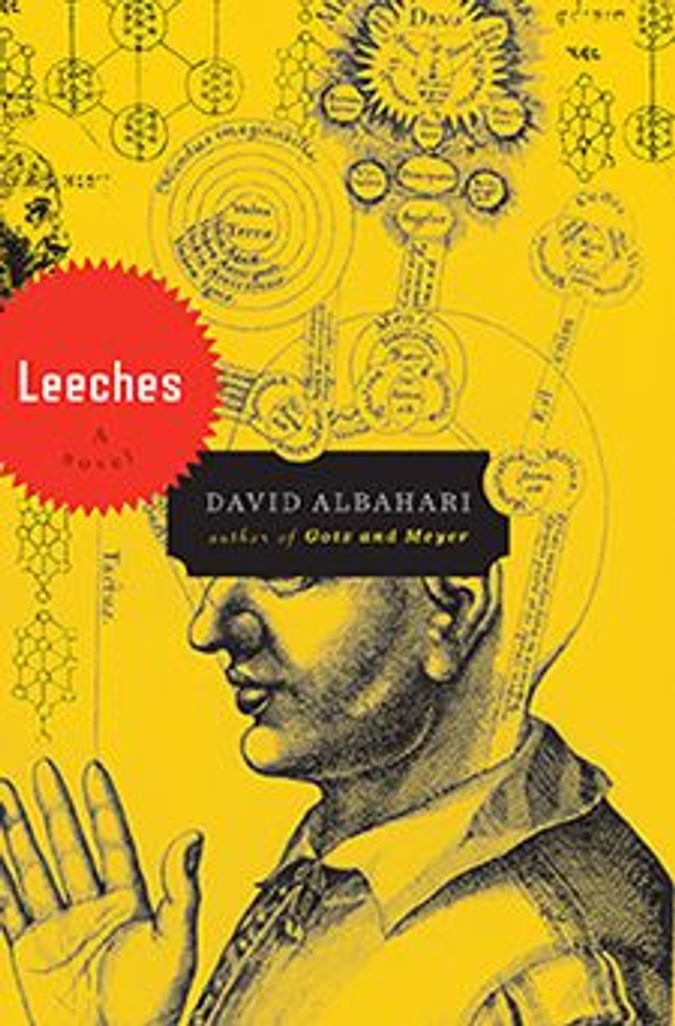 Previously, the writer’s life had been defined by holding marijuana-laced conversations with his best friend and by composing high-minded but innocuous editorials. These were “angry tirades on ecological neglect, the lack of investment in culture, the knee-jerk predictability of juries in awarding the most prestigious literary prizes.” But the writer’s life is — much like Serbia itself — a wreck tenuously held together. “I was now living at a later time, in a time with no life, ” he reveals. “The war, inflation, poverty, political terror, hatred, all of that confirmed the berserk nature of the world that was supposed to be my home.”

Understanding the slap incident seems like a worthy escape from the surrounding world. The writer chooses, with a hopefully salutary self-deception, to believe that Serbia’s true reality is hidden — a sort of game, like the one that he plays in which he parses seemingly staid journalistic accounts for the revealing “subversive twist, a tiny signal that reality was not what the government claimed it to be.”

Soon the writer, who isn’t Jewish, becomes enmeshed with a band of Jewish intellectuals-cum-kabbalists. What first appears to be a harmless, if bewildering, trip into the heady air of kabbalistic numerology and arcane manuscripts transforms into something sinister. His once mild editorials morph into polemics against Serbia’s resurgent anti-Semitism: Death threats, beatings and vandalism follow.

Despite the danger, the writer’s immersion in the kabbalists’ “conspiracy” is deliberate, even necessary; it’s a way to escape “the general sense of things falling apart” in a time of ultra-nationalist fervor. Even as the novel’s mysteries multiply — the narrator repeatedly refers to an ever-growing pile of “unknowns” — Albahari’s achievement is to show how this kind of submission to an otherworldly scheme can be so tempting. After all, “the country was in a state of collapse, threats of bombardment hung in the air like overripe fruit… lunacy had nearly been declared the norm.” In such an environment, chasing phantoms in the streets and investigating immortal Jewish spirits no longer seem so strange.

Whether this paradigm appeals to readers is another matter, one of taste. In his earlier, spare novels, Albahari had mastered a single-paragraph, circuitous style well suited to interrogating history’s worst atrocity. But in “Leeches,” he loads his narrative cart with a great deal of baggage, and it sometimes suffers under the weight. The writer is an appealing narrator, but his confusion and passivity can be trying; he tends to overdo his metaphors, which begin cleverly and then ossify under the stress of unnecessary elucidation. Finally, the book ends, much like a Murakami novel, with a great deal left floating in the haze.

And yet there is something beguiling about all this artifice and mystery, for it is grounded in a passionate exploration of Balkan-Jewish identity, from the Ottoman era to the present, and in the consequences of ethnocentrism. If “Leeches” doesn’t wrap up neatly, perhaps it’s because these issues do not lend themselves to quiet resolutions; they still haunt us, persistent, baffling and frighteningly violent.

Jacob Silverman is a Los Angeles-based writer and book critic who writes regularly for The Daily Beast, The National and other publications.