‘Why Is Your Haggadah Different From Others?’ 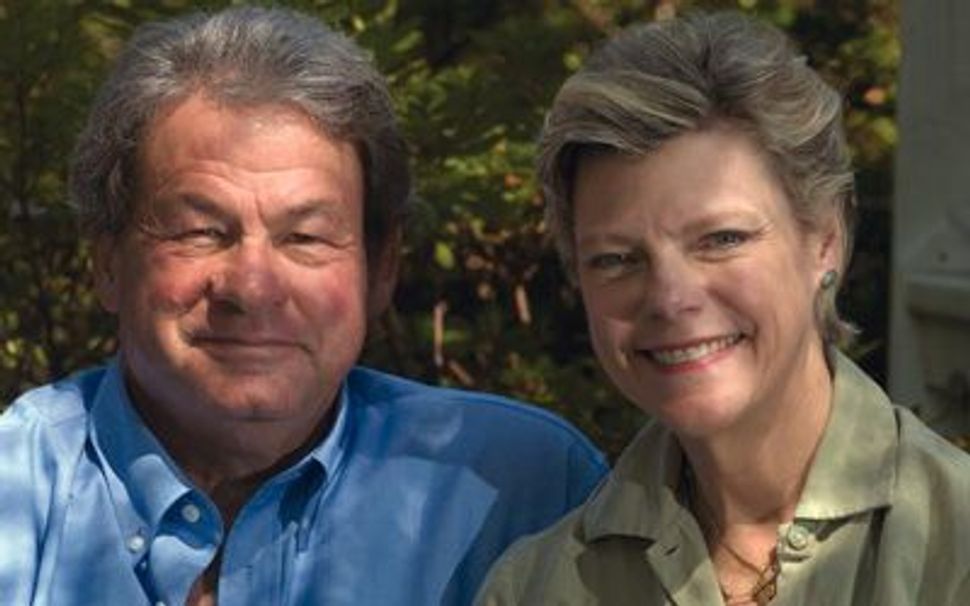 Reporting on the new Haggadot of the year is among my favorite roles here at the Forward. Each year, a new trove appears. And each year, we learn something new about the American Jewish experience.

It’s no surprise, then, that the most exciting new Haggadah of the year isn’t a book at all, but an interactive website where you can assemble your own text from dozens of different sources. This is haggadot.com, a deserving winner of one of the recent Jewish New Media Innovation Fund awards. In a sense, it takes to a logical conclusion what I’ve been saying in these reviews for years: The best Seder is one that draws on multiple sources and multiple perspectives. On the website, each part of the traditional Seder links to a variety of posts from a wide range of ideological viewpoints and levels of traditionalism. Best of all, the website allows you to paste together different contributions into a single, print-ready Portable Document Format.

Now, there have been online Haggadot before — Internet Haggadah, multiple versions of the traditional liturgy at Chabad.org and many others. As far back as 2003, there was an “Open Source Haggadah,” then run by Jewish new-media guru Daniel Sieradski. But never has there been a Haggadah like this: interactive, collaborative, radically pluralistic, and most of all, empowering for individuals willing to make the effort.

As such, Haggadot.com (note to founder Eileen Levinson: Buy up domain names like haggadah.org and get yourself some Google ads!) is, I think, a microcosm of the Jewish future. As I’ve said in these pages before, younger Jews are not interested in the department store model of Jewish life, in which some curator on high has preselected the items and styles to wear. Jewish life resembles more closely a collection of boutiques — like Amazon.com, for example, which has thousands of retail partners — from which you can mix and match. Haggadot.com is just starting out, but it has the potential to be the Amazon of Passover Seders. Mix and match your Ju-Bu matzo-eating meditation with your Hasidic midrash on the afikomen. Download some haiku for your hipster friends, along with fun activities for your kids. And, no doubt, next year there’ll be apps for the iPad and Kindle, at least for those who use electricity on the holiday. 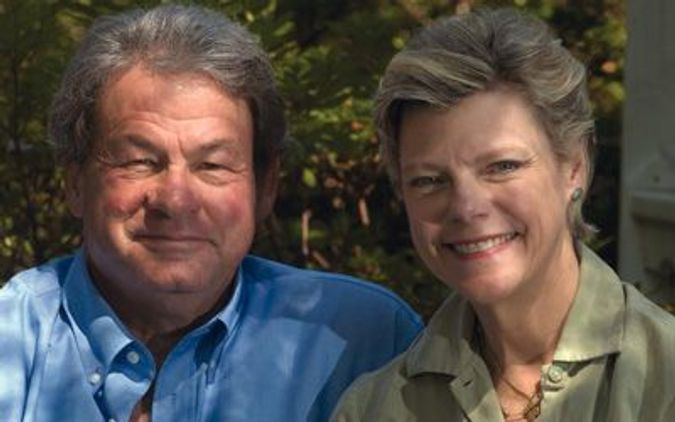 By comparison, the stack of books on my desk looks a little old-hat. But there are some excellent new Haggadot this year, even if they do come printed on dead trees.

Perhaps my favorite of the new batch is Rabbi David Silber’s “A Passover Haggadah: Go Forth and Learn.” As its promotional materials note, the book is really two books in one: a traditional Haggadah, with commentary on every page, and a collection of essays on liturgy and themes. Silber is the rosh yeshiva at Drisha, an advanced Jewish learning institute for women, and the erudition shows, for better and for worse. This is not “Sing Along at Dayenu,” but for those with a serious Jewish background, or serious intellectual curiosity, “Go Forth and Learn” is a goldmine.

Yet it’s not just for eggheads. One of the great things about Haggadot like Silber’s is that, since they have the whole traditional text, you can follow along with “Go Forth and Learn” while your sister-in-law across the table leafs through Maxwell House while trying to keep Max from hitting Dakota. I have young children in my extended family, and I can already picture myself surreptitiously reading Silber’s thoughtful essays while my nephew grins through the Four Questions. “Go Forth and Learn” is exceptionally scholarly — even the best read Jews will find new material here — and reminds us that, while telling the story to children is an essential part of Passover, the holiday is not just for kids. Which, after the 11th verse of “Who Knows One?” is a reminder I often need.

More down to earth is David Arnow’s “Creating Lively Passover Seders,” now out in a new, expanded edition from Jewish Lights Publishing. Since the first edition was published only seven years ago, I suppose it’s too early to call it a “classic” — but for anyone who’s used it, especially anyone with children, it is just that. Arnow’s book should be read ahead of time: There’s too much to stumble through during the Seder itself, and the book’s real value is in providing Seder participants with preselected questions and activities for different parts of the evening. (The new edition includes additional material on Passover songs, the Seder Plate and other topics.) I suggest assigning each participant a different part of the Seder to lead, and pointing them all to this book, and its accompanying website (livelyseders.com), for suggestions on what to do.

Probably the highest-profile new Haggadah of 2011 is the interfaith-oriented entry from Cokie and Steve Roberts (yes, obviously, that Cokie Roberts, of NPR and ABC fame), “Our Haggadah: Uniting Traditions for Interfaith Families.” With more than one-third of American Jewish families currently interfaith, and with the intermarriage rate hovering at around 50%, this Haggadah, too, is a timely barometer of “how we live now.” From “non-practicing” Jew Steve and Roman Catholic Cokie, “Our Haggadah” is heavy on anecdote, extremely light on liturgy. The essentials are here — 10 plagues, four questions, four cups of wine — but not much else. 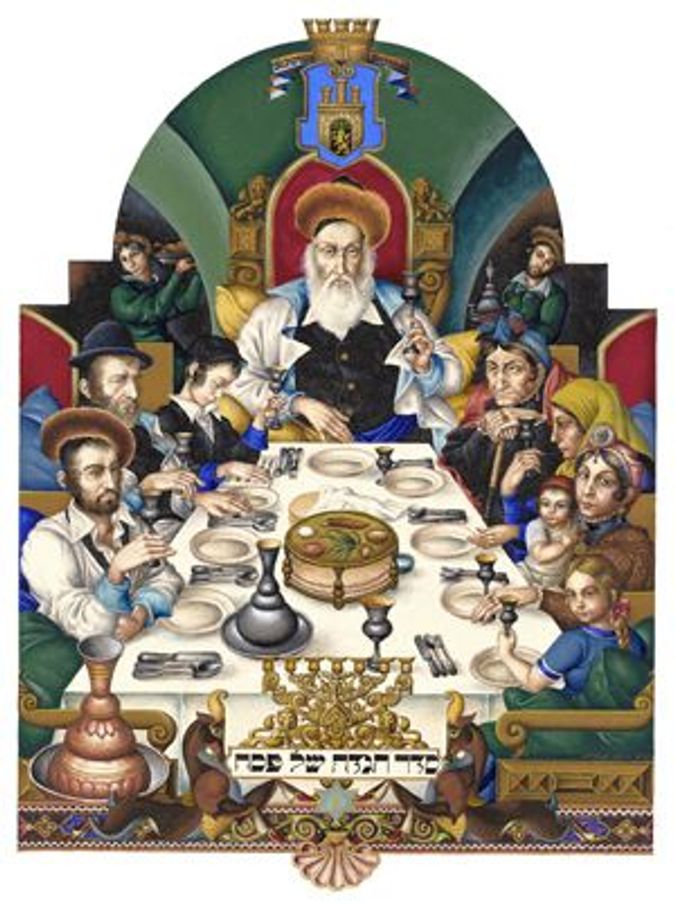 Wisely, “Our Haggadah” jettisons all the midrash from the traditional text and replaces it with a shortened version of the story from Exodus itself. Presumably, in a previous age, this story was so familiar that it didn’t need to be set down in the text, and the talmudic rabbis instead offered us a model for skillful and playful interpretation. Today, however, we all know that the 50 plagues, 250 plagues, burning anger and the rest are when eyes start to glaze over. So while traditionalists may be aghast at how short this Haggadah is, many others will be relieved.

If nothing else, “Our Haggadah” is accessible. I found the long, folksy introductions by Mr. and Mrs. Roberts to be somewhat uneventful, but they serve the important function of reminding folks that they aren’t alone in being confused or feeling alienated. That Cokie Roberts in particular is such a familiar personality to many of us makes this message all the more reassuring. If Cokie can do it, you can, too. I strongly recommend “Our Haggadah” for anyone with non-Jews or less-educated Jews at the table — although if you’re going to follow the traditional liturgy, give them the book in advance and then provide them with the text you’re using so that they can follow along.

At the other end of the spectrum, there are several Haggadot and Haggadah-related books for those with a serious interest in Passover.

First, the famous Szyk Haggadah has been reprinted in a stunning coffee-table edition, with Szyk’s characteristic hyper-realist art now more vivid and opulent than ever. Every year, there’s a Haggadah for the person who loves Haggadot — and this year, the new Szyk edition is it. The only trouble is, between Szyk’s illuminated manuscript-style text and the unevenly laid-out English translation, it’s hard to follow, unless you’re an expert. Like Silber’s book, the new Szyk Haggadah is really two volumes in one. It’s translated by Byron Sherwin and the 50-page commentary is by Irvin Ungar. (Both of these authors are frequently reviewed in these pages.) Ungar’s commentary explains not only the story and the service, but Szyk’s unique art, as well. The Szyk edition will look great on a coffee table or Seder table, but if you hand it to a newbie, they’ll pine for Cokie Roberts.

One of Szyk’s visual models was the 15th-century illuminated Haggadah now known, because of its resting place in the Library of Congress, as the “Washington Haggadah.” It, too, is now available in a new, full-color edition, together with scholarly introductions by professors David Stern and Katrin Kogman-Appel. This is a book for specialists, but if you’re interested in deepening your Seder with a visual testimony of the ritual’s antiquity, it can be a beautiful addition to your table. Similarly, Marc Michael Epstein’s “The Medieval Haggadah: Art, Narrative & Religious Imagination” is a scholarly (and illustrated) romp through medieval manuscripts, including the well-known “Bird’s Head Haggadah,” which substitutes birds’ heads for people’s. These two books show that today’s proliferation of Haggadot is not a new phenomenon. Thankfully, Jews have been this creative for centuries.

Finally, Chabad’s Kehot Publication Society has put out a new, “leatherette”-bound Haggadah, with classical commentaries as well as insights from the last Lubavitcher rebbe. If you’re of a more traditional bent, this Haggadah joins the legion of other options for enlivening your Seder with Hasidic insights and perspectives.

One notable exception to the usual Haggadah trend is the paucity of special-interest Haggadot. The Orthodox social justice organization Uri L’Tzedek has published a supplement with social justice themed commentaries and “action items” keyed to different parts of the service. Alef Betty Modern Hebrew Arts has produced an “urban family” Haggadah especially for singles and others spending the holiday with families of choice rather than of origin. And the Jewish Renewal movement’s Tikkun magazine has again put out its annual Passover supplement, though not online as in past years. But perhaps there are fewer niche Haggadot this year because we’re now realizing that all of us are niche Jews already. And anyway, with the technology of Haggadot.com, why select only one perspective on Jewish life when you can mix and match from dozens? Not only is this night different from others, but thanks to these new resources, each Haggadah can be different from others, as well.

Jay Michaelson is a columnist for the Forward, Religion Dispatches and the Huffington Post.

‘Why Is Your Haggadah Different From Others?’