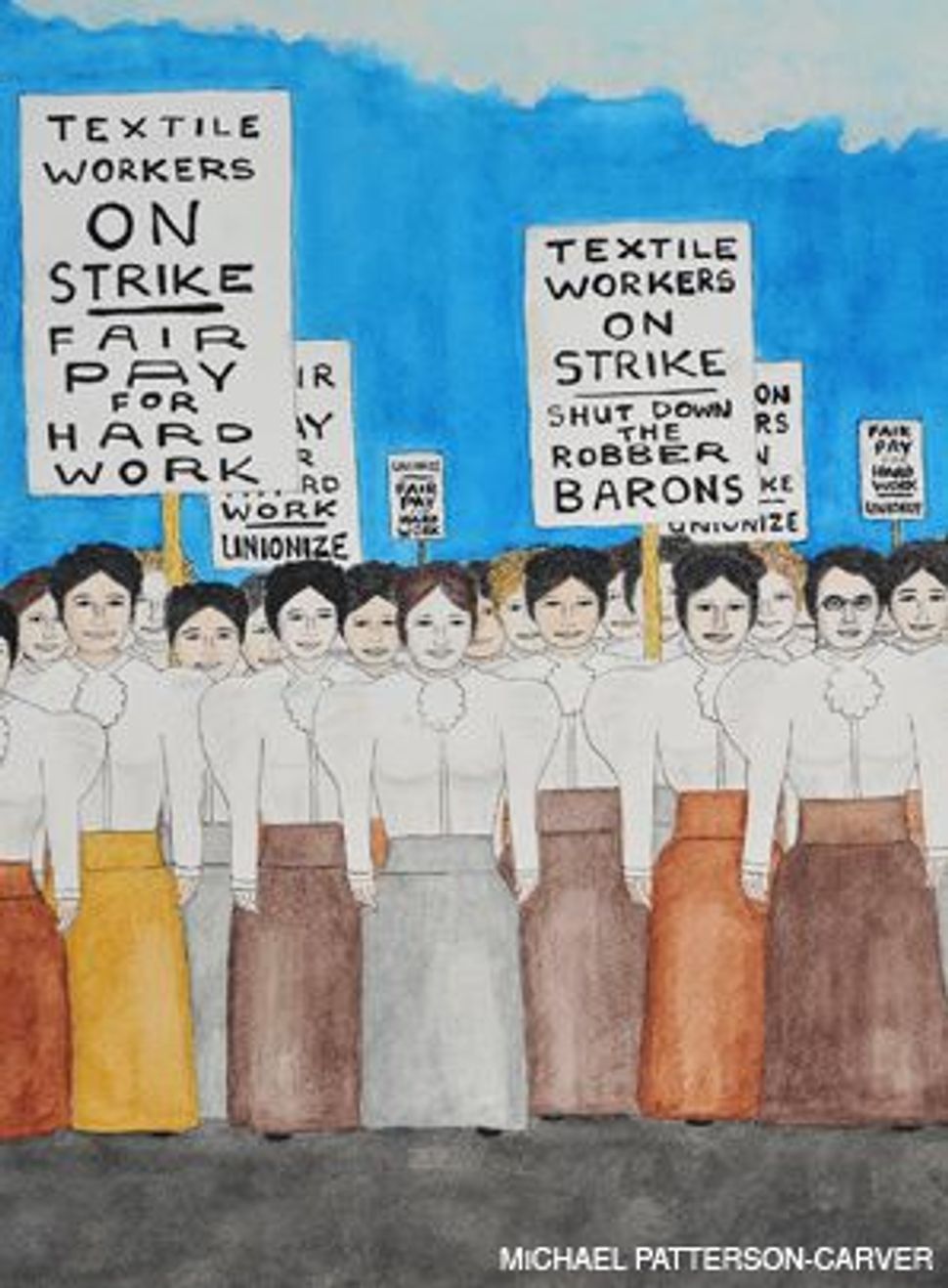 STRIKING: Among Patterson-Carver?s pieces now on display at the New Museum is one of a young Emma Goldman marching with seamstresses in the 1890s.

About a year and a half ago, Portland, Ore.-based artist Harrell Fletcher went to his local Trader Joe’s to do some shopping. By the time he went home, it was with far more than a few bags of groceries. 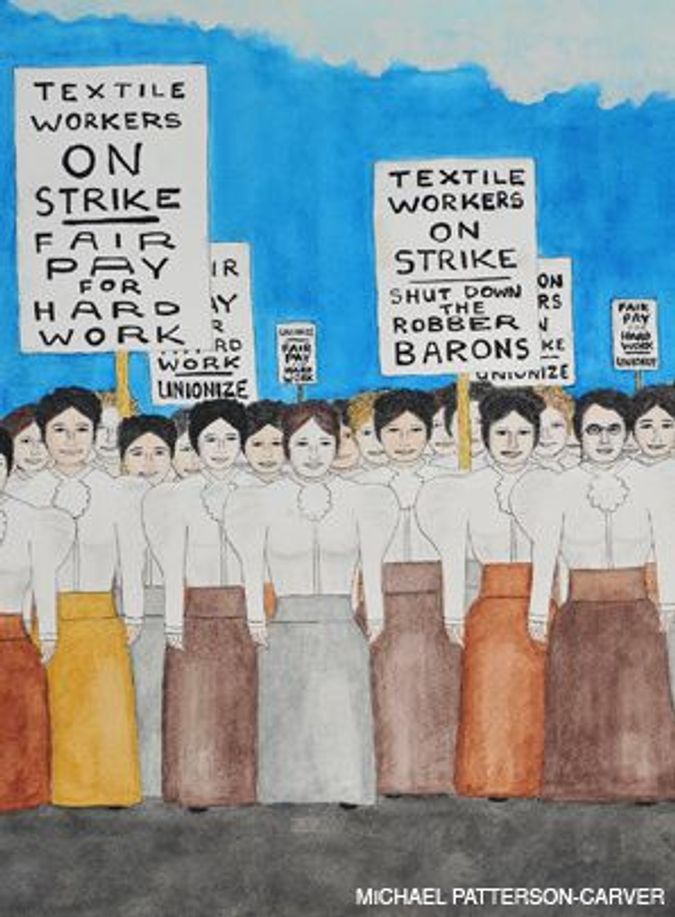 STRIKING: Among Patterson-Carver?s pieces now on display at the New Museum is one of a young Emma Goldman marching with seamstresses in the 1890s.

Sitting in front of the market and surrounded by some of his drawings was Michael Patterson-Carver, an artist with no formal training. Fletcher was, nonetheless, struck by what he saw: a dozen or so images executed in a style at once knowing and naive — all depicting protest marches. Fletcher bought one and asked Patterson-Carver if he’d be interested in having his pictures exhibited.

Today, thanks in no small part to Fletcher’s efforts, a selection of Patterson-Carver’s work is on view at New York’s New Museum, one of Manhattan’s leading addresses for new and emerging artists.

Few can identify the exact moment when their life’s work began, but for Patterson-Carver it’s easy. It was in the Chicago of the early 1960s, when the civil rights movement was in full bloom and the future artist, then a boy of about 4, visited a black church. The experience, he has said, was a formative one for him — as both citizen and artist.

Patterson-Carver’s artistic universe is marked at once by movement and stasis. The artist’s drawings depict people on the march, fighting for everything from women’s suffrage and civil rights to gay marriage and animal rights. But for all their variety, the images are also marked by a distinct sameness. Times change, he seems to be saying, and yet they don’t. According to Massimiliano Gioni, curator of the New Museum show, Patterson-Carver’s work offers both a celebration of American democracy — his marchers are always smiling — and a portrait of an America where rights are forever being trampled.

Among the drawings in the New Museum show is one of a young Emma Goldman marching with seamstresses in the 1890s. Patterson-Carver, a self-described anarchist who calls Goldman his “heroine,” got the idea for the image after seeing a photograph of a similar event. There’s just one thing about the drawing he’s not happy about, he told the Forward. In the original, the signs were in Yiddish, but when it came time to reproduce them, he couldn’t find the photo.

In a roundabout way, Patterson-Carver’s show represents a homecoming of sorts for his seamstresses. Though there’s no way of telling for sure, they were most likely marching on Manhattan’s Lower East Side, which just happens to be the neighborhood where the New Museum now stands. Asked if he’d considered the coincidence, Patterson-Carver said he hadn’t, but, he added, “it’s a pretty awesome little footnote on the piece.”

Patterson-Carver, whose biological mother was Jewish, said that he’s not through with Goldman and the early days of the labor movement. Perhaps looking for inspiration, he toured some of the Lower East Side’s landmarks — including the old Forward building — while in New York City for his opening. When he came to pay a visit at the paper’s current offices, he was wearing a small mezuza pendant around his neck, something he’d picked up at one of the Lower East Side’s few remaining Judaica shops.

It was not only Patterson-Carver’s Emma Goldman who came full circle with the New Museum show; another part of the story was rounded out, too. When it came time for his New York opening, Patterson-Carver brought Harrell Fletcher with him — and paid for his plane ticket.

Michael Patterson-Carver’s drawings will be on view at the New Museum through October 12.