With Too Much Information, the Truth Is Sometimes Hard To Watch 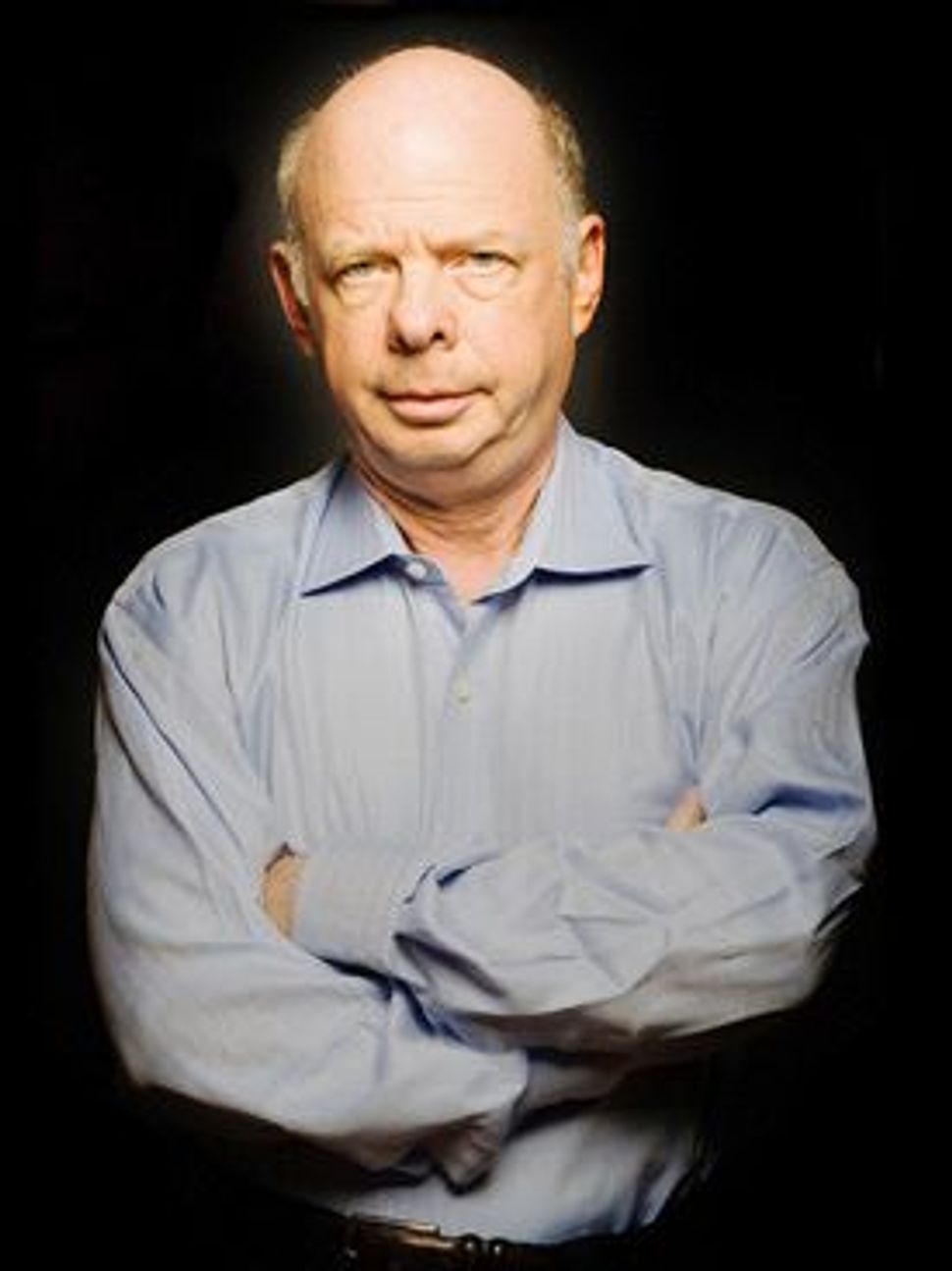 If you’re looking for a balanced review of The New Group’s remounting of Wallace Shawn’s 1979 play “Marie and Bruce,” you might as well stop reading now. I’m just going to fail you. When it comes to the plays of Shawn, I’m not capable of even feigning objectivity.

Everything I admire in the theater, everything I believe great theater can do at its fearless best, is embodied in Shawn’s work. Whether it is “The Fever,” his Marxist analysis of the role the average American consumer plays in the late-capitalist global economy; “Aunt Dan and Lemon,” his sly explication of how easy it is for anyone, no matter how good his or her intentions, to slip into a fascist state of mind, or “The Designated Mourner,” in which he asks the liberals in his audience to imagine, honestly, who would be the first to be shot if the revolution ever really did come, he poses inconvenient questions and arrives at disconcerting answers. And he does all this with great charm and great ironic sincerity — or, I should say, great irony deployed so as to nudge the audience into susceptibility to his sincere intentions. 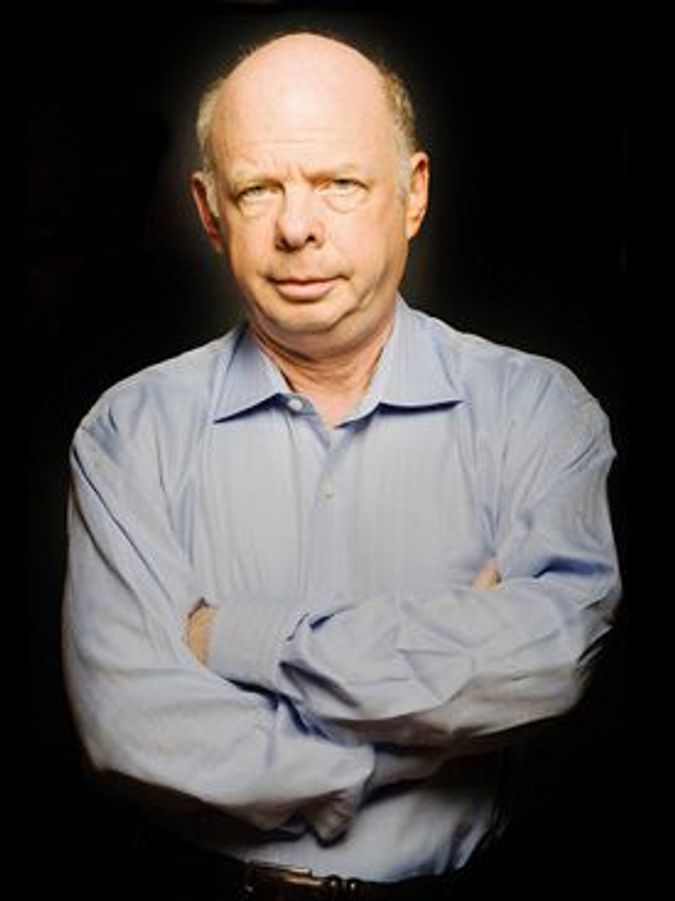 “Marie and Bruce” is the last of his early plays, and as such its focus is less explicitly political than his most well-known work, but it’s no less uncompromising, no less engaged with the important questions of how we live — and how we live with ourselves — now.

The plot of the play is simple to the point of nonexistence. Marie, played in this production by a fidgety and wild-eyed Marissa Tomei, hates her husband, Bruce (Frank Whaley, apparently channeling Shawn himself in all his creepy, pedantic charm). She tells us she’s leaving him in the first sentence of the play, and for the next hour and a half she tells us why. In the process, we slide back in time with her to the day before, when she threw away his beloved typewriter; took a walk in the park; went to a dinner party, to which, much to her annoyance, he showed up late; then went with him to a café, where, over a late dessert, she finally told him how loathsome she finds him. Not much of a plot, but this lack of plot is part of what makes the play work so well.

Shawn has provided just enough. He has suspended us inside Marie’s state of high anxiety, and his purpose is to explore why and how Marie (and by extension, we) spend so much of our lives trapped in these emotionally precarious states. Marie is not, it should be said, a sympathetic character. Most of the words she uses to describe Bruce are unprintable in this publication. And so, we in the audience are asked not to go with her on her journey, but instead to observe that journey, to intellectually engage with her conundrum.

If anything, we sympathize with Bruce, the hapless but seemingly well-intentioned and adoring rube. To endure the onslaught of Marie’s bile, we must ground ourselves in Bruce’s hangdog durability. But beware! Shawn is wise to how exploitable our sympathies are. And he and Scott Elliott, who directs this production with an odd mash-up of exacting naturalism and high Brechtian alienation tactics (which repositions both of these theatrical modes in such a way as to make them fresh and alive and relevant again), are planning something.

Cut to late in the play. We’ve seen both Marie and Bruce make nice with the other guests at the party. Bruce especially. He worshipfully talks up Marie’s beauty to her, then he leaves her to her own devices. He surrounds himself with beautiful women, lobbing bons mots and catching those thrown his way. Marie is left to listen to the requisite bore (fittingly named Herb, and perfectly played by Devin Ratray) as he describes his depression to her in great detail. But she’s done it to herself; she’s got a bad attitude. If only she were willing to get into the spirit required by the social occasion, she’d be the life of the party, just like Bruce. This is when the knife slides into the gut. Bruce brings Marie a drink and takes the opportunity to loudly and publicly tell her how she’s ruining their sex life (in the same unprintable language she has been using throughout the play). We’ve been betrayed. Now we don’t know whose side to take.

Later, Bruce sits on the lip of the stage. Floodlights shine down over the audience. The stage is dark; we are lit. And Bruce begins to talk to us, as Marie has been doing throughout the play. This is his moment to explain himself. But he chooses instead to tell us — in detail that couldn’t be more explicit — about the sexual fantasies he has had that afternoon. Marie joins him, and he takes this opportunity to reveal even more of his sexual depravity. And because we’ve been feeling sorry for him throughout the play, and because the lights are on us and not on the stage, emotion surges through us, emotion that we can’t hide.

The night I saw the play, the people around me fidgeted, cringed, gasped, muttered invective and said things like “Oh, God,” and “Enough already.” In short, they had a real experience. But what is the meaning of this experience? Shawn doesn’t pin it down for us. He doesn’t explain it away. But the themes of the play dovetail pretty nicely with this moment of theatrical aggression. How do we know what we’re really feeling? Is it possible to trust those around us with these feelings? And when we condemn the behavior of others, isn’t this really just us recoiling from the worst parts of ourselves that we’re seeing in them? Human beings! We’re such ugly creatures. Maybe the thing to do is to have some compassion. If that’s even possible.

Shawn reminds us that theater doesn’t have to pander, doesn’t have to charm us or dumb down its themes or its narrative tactics. It doesn’t have to give us a sympathetic avatar to feel for and root for and cling to for safety in the darkened auditorium. It doesn’t need melodrama or high-flying spectacle. He reminds us that theater doesn’t even have to entertain — or be civil — to powerfully, complexly affect its audience. Those are the tactics of commerce, and they’re fine if the goal is to provide the audience with a pleasant distraction from its daily tedium, maybe something to talk about at the next party, a bit of mildly socially engaged cultural product, stylishly reminding us of what we already know.

Shawn’s not concerned with winning the popularity contest of which commercial success is a marker; his is a theater of discomfort. And whether his objectives are social, philosophical or political, his dramatic tactics pierce our defenses. What I’m saying is that Shawn’s plays are necessary, and there’s not much contemporary art in any form about which this can truly be said. Go see “Marie and Bruce” while you’ve got the chance.

Joshua Furst, a frequent contributor to the Forward, is the author of the novel “The Sabotage Café” (Knopf, 2007).

“Marie and Bruce” is playing at New York City’s Theatre Row until May 7.

With Too Much Information, the Truth Is Sometimes Hard To Watch