Inspired by Jazz, a Poet Does ‘His Own Thing’ 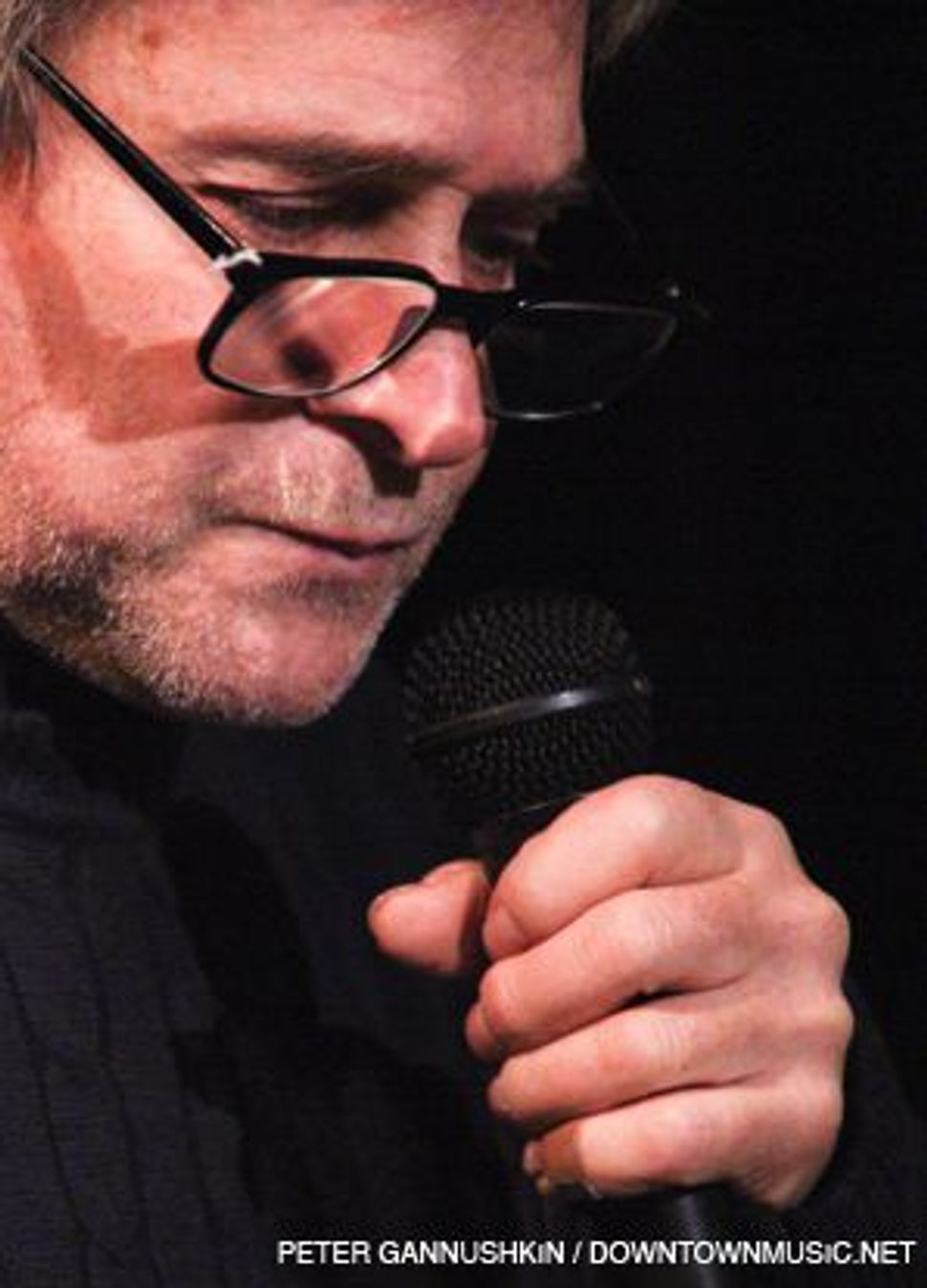 The recent PEN/Oakland National Book Awards were a bit of a change of pace for Steve Dalachinsky. For one thing, the poet’s usual performance venues are smoky Manhattan bars and tiny underground jazz clubs, not academic auditoriums. For another, Dalachinsky is far more accustomed to going to other people’s performances than to his own. 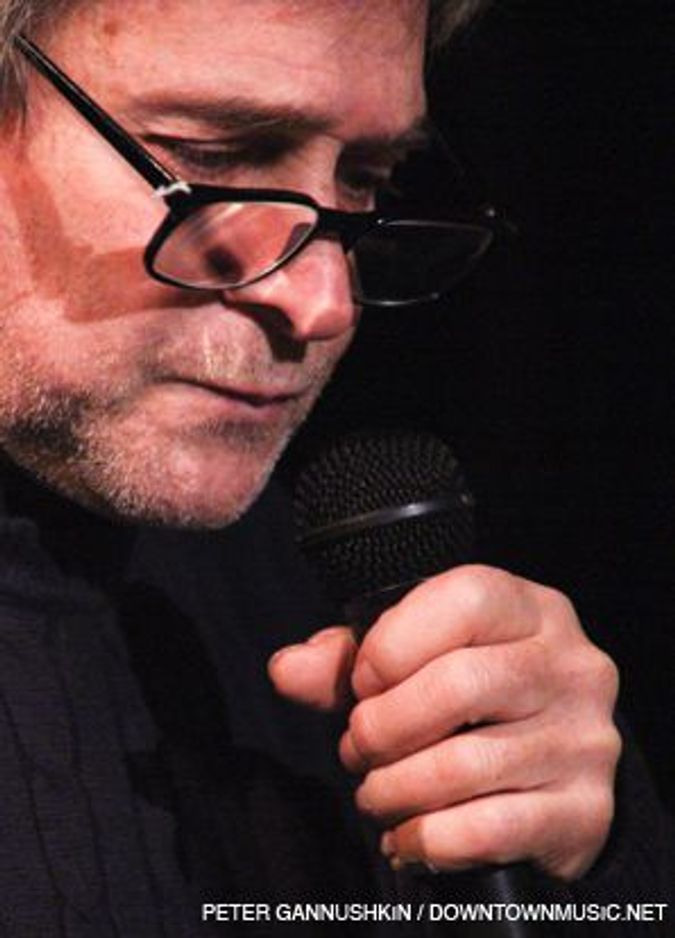 In fact, the 2006 collection of poems for which Dalachinsky received the highest honor from the writers’ organization was written entirely at the concerts of a jazz musician. In the writer’s own words, it’s “a bunch of poems written by some old Jewish guy watching some black guy play jazz.”

But being out of his element is where Dalachinsky seems to be most in his element. Over more than 40 years of writing and performing in New York, he’s managed to carve himself a unique niche in the New York poetry hierarchy: too young to be a Beat poet, but, at 61, too old to fit into New York’s slam scene. He collaborates with several different jazz musicians and shirks the label of a “jazz poet”; by his own account, he’s a Brooklyn Jewish kid who feels most comfortable with Italians and black people.

Everything about Dalachinsky is modest and gracious — if you don’t count his gruff, cut-the-crap personality. For our interview, he offered to meet me at the subway station. There I found him, and he helped a lost-looking tourist couple find their way before leading me to his apartment: a one-bedroom, rent-controlled box nestled in the middle of West Village opulence. It’s a tiny nook crammed with old jazz records and books of every sort. He reached under a pile of art supplies and pulled out a framed certificate of his PEN/Oakland National Book Award, which, though only three weeks old, was already dusty. “Pretty nice, huh?” he asked.

It occurs to me that this is exactly how a poet should treat one of the most prestigious literary awards in the country. Dalachinsky is that rare breed of man: the gentlemanly grump, both outgoing and fiercely private at the same time.

As a poet, too, he’s too down-to-earth and homely to identify with highfalutin language poets and impenetrable college-professor verse. He’s shared the stage with rock legends Thurston Moore and Vernon Reid. He released an album on the venerable Knitting Factory Records label. But you’d never guess it from his demeanor; he’s a homebody — personable and amiable, but content to hole up inside his apartment.

When he reads aloud, his poems sound like the morning paper on the day after a big election: involved, excited and absorbing. He’s an everyman poet, the kind of guy who spends 10 minutes describing a peach tree outside a friend’s house in California and then concludes, “It was pretty goddamn beautiful.”

That trip to California for the PEN ceremony was the crown jewel of Dalachinsky’s career. After four decades writing, “Final Nite” is only his second full-length book — although it took 19 years to write.

It’s part of the book’s ethic that the poems were written only at concerts of the jazz saxophonist and pianist Charles Gayle.

“I’ve always been going this way,” Dalachinsky said, sitting on an upholstered sofa that barely could contain the two of us. The walls are filled, literally, ceiling to floor by records — actual vinyl albums, thin as paper, occupying the whole room. To say there must be thousands is a wild understatement. From another room, he pulls out files and files of chapbooks — small, short-run poetry books, assembled by photocopier and staples, made in editions of a few hundred. “I just do my own thing,” he said.

Dalachinsky’s “own thing” has been a long-standing aesthetic of his. He was raised in postwar Brooklyn, living in a racially and economically charged Flatbush. After being kicked out of Hebrew school — “for wearing a cross,” he chuckles, almost proudly — he hung around with Italian kids, which, he says, framed his perception of being Jewish.

“I became devoutly aware that I was a Christ killer,” he recalled. “I always wanted to be in a club that didn’t want me. I hung around with them, even though they didn’t accept me — and when they did, I realized they weren’t who I wanted them to be.”

At that time, catapulted by his isolation, his poetry took off — “from ‘the moon in June’ to ‘why, oh why,’” as he said. He discovered Beat poetry, and stumbled on the Manhattan performance poetry scene. And almost as soon as he started hearing poetry, he started to write it. It was an escape from the working-class Jewish community where he was brought up, a community that he spent most of his life wanting to escape.

It’s an odd sentiment, though, coming from someone who spends most of his life around African Americans. Gayle, he says, is one of the most talented musicians he’s ever encountered. A jazz pianist and saxophonist, he was living in squats and on the street when Dalachinsky first saw him perform. In recent years, Gayle has achieved a certain amount of prestige in the New York jazz scene and performs often. Dalachinsky actually has been to hundreds of his concerts, and scribbled madly through them — although, Dalachinsky notes, he never came out and told Gayle that he was writing a book about him.

When pressed, he reiterates that the book isn’t really about Gayle. On a surface level, it’s true — most of the poems make only passing references (if any) to his stage presence or his songs. But at the same time, the poems use the songs to take shape. A poem like “god 2” might have been an idea independent of the music, but you can almost hear the jazz in its rhythm, its theme and even its layout:

These days, Dalachinsky harbors much less animosity toward Judaism. He jokes constantly about being a self-hating Jew, and yet he talks almost nonstop about his Jewish heritage and the things he loves about being Jewish. At more than one point over the course of our interview, he paused after saying something profound or puzzling, and then said, “Hey, that sounded really talmudic.”

And when he speaks, more often than not he speaks in the voice of the Jews. “People have been trying to screw us over forever,” he said to me. “We’re different than all the other scumbags out there. We gave half the world its arts and culture. We’ve got Freud, Einstein, Marx… go back far enough, and we’ve got Jesus. Black people say they hate us, but they sing ‘Go Down Moses….’” He launched into a passably good verse of the gospel song “Rivers of Babylon,” then turned to me and asked, “How was that?”

I could only smile back. It was too good for words.

Matthue Roth is the author of “Candy in Action” (Soft Skull Press/Red Rattle Book, 2007), which is a supermodel kung-fu spy caper, and the forthcoming Russian Jewish immigrant novel “Losers”(Push).

Inspired by Jazz, a Poet Does ‘His Own Thing’