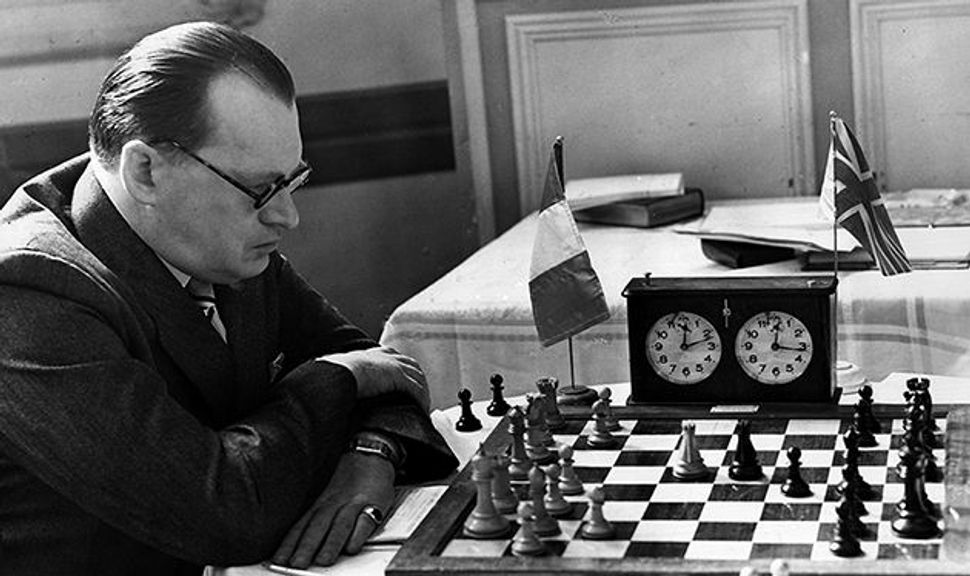 Fallen Hero: Alexander Alekhine should have stuck to playing chess, not dabbling in politics. Image by Getty Images

My father, Otto Feuer, had been a chess champion (he won the Belgian title in 1936), and his hero had always been the Russian chess champion Alexander Alekhine. One day, in the Buchenwald latrine, Otto came upon what he thought was a miracle of sorts: There on the ground was a page from a recent German chess magazine, undoubtedly discarded by an SS guard, with an article by, of all people, Alekhine. Otto’s mood soared — until he began reading. Then he discovered that Alekhine had become a rabid anti-Semite and Nazi sympathizer. The article was all about the evils of “Jewish chess.” Otto sank into an especially low depression. But then there was another uplift, because it occurred to him that if he was still capable of experiencing both joy and sorrow, it must mean that not even the Nazis could destroy his humanity. And this awareness, that he was still human, gave him hope and the will to continue. He was liberated April 11, 1945, when American troops came to Buchenwald. Aharon Appelfeld has written that “in the Holocaust there was no room for thought or feeling….” I have a different view, based on my father’s encounter with Alekhine.

Michael J Feuer, is a dean and professor of education at The George Washington University.