The Thinking Person’s Guide to the Holocaust 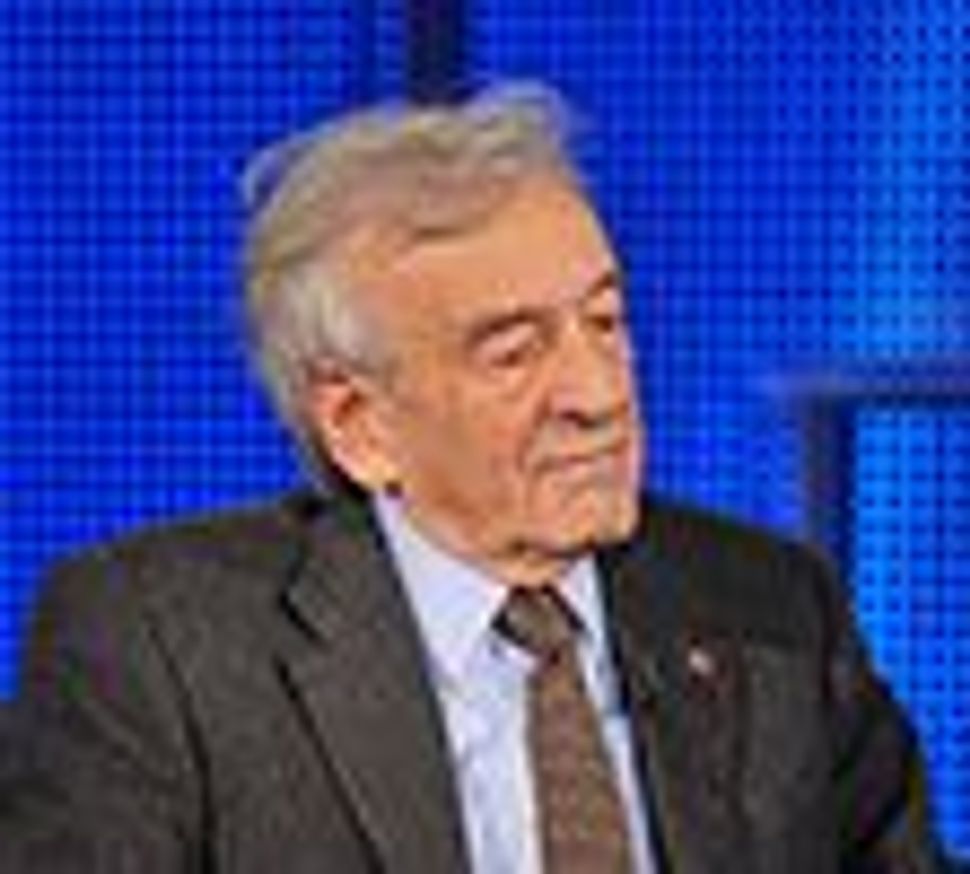 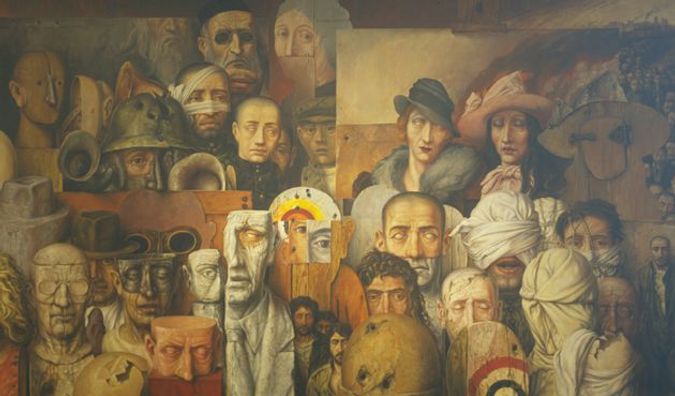 For the Sake of Remembering: Samuel Bak?s ?The Family,? 1974. Image by Courtesy of the Pucker Gallery, Boston

A Way To Begin

With the help of your suggestions, Lawrence L. Langer, Michael Berenbaum, Joanne Weiner Rudof and Paula Hyman have compiled this all too brief list of writers, scholars and works. The list includes paintings, novels, memoirs, films, poems and graphic works, as well as historical studies. It provides a possible first step for those who would consider themselves Holocaust literate.

The hundreds of suggestions that we received, and the hundreds more that our consultants discussed, reinforced our sense that there is an almost endless supply of valuable and high-quality works of art and scholarship about the Holocaust. Our intention is not to be populist, exclusive or exhaustive (were it even possible), but to map a way into the subject.

Reading literature without knowing history is impossible. One cannot appreciate the literature of the Holocaust without a grounding in its history. But conversely, one cannot understand the Holocaust without the insight of witnesses and great artistic or literary figures. This list, with a number of your comments included, is a distillation of a body of work that you have told us about and which is expanding every year. We have organized the following titles not as a definitive list, but rather, on Yom HaShoah of 5771, as a way to begin. — Dan Friedman

Jean Améry, “At the Mind’s Limits: Contemplations by a Survivor on Auschwitz and Its Realities”

These philosophical reflections about the impact of his Holocaust experience were written by a member of the Belgian resistance who was tortured in political detention and later spent time in a series of concentration camps.

One of Israel’s major novelists today, Aharon Appelfeld survived the war as a child separated from his parents, hiding in the forests of what was then Romania. His works approach the Holocaust through subtle indirection, suggesting without explicitly depicting the threats that gradually engulfed the Jews in the areas where he spent his childhood.

Tadeusz Borowski, “This Way for the Gas, Ladies and Gentlemen”

A Polish political prisoner who spent time in Auschwitz, Borowski began writing his Auschwitz stories in late 1946, shortly after his liberation from a sub-camp of Dachau. They thus constitute some of the earliest examples of what we now call the literature of the Holocaust, belying the myth that it took many years before people began writing about the subject.

Christopher R. Browning, “The Origins of the Final Solution” and “Remembering Survival: Inside a Nazi Slave-Labor Camp”

Best known for ‘Ordinary Men,’ his classic study of the murderous work of German Police Battalion 101 in shooting Jews, Browning makes exhaustive use of documentary sources in the first work mentioned above, and shifts to almost exclusive use of Holocaust survivor testimony in preparing the second.

For many Europeans and most German speakers, “Todesfuge” (“Death Fugue”), by Romanian-born and German-speaking Paul Celan, is the paradigmatic poem of the Holocaust. Even after Celan’s tragic 1970 suicide in Paris, his work lives on — not least in this important and sensitive translation into English by Stanford University professor John Felstiner.

Charlotte Delbo, “Auschwitz and After”

The first volume, “None of Us Will Return,” is a searing account of the fate of the 240 French women political prisoners, including Delbo, in the Auschwitz concentration camp. Delbo wrote it in 1946 shortly after her return, but only allowed it to be published in 1965 when, as she said, it had “stood the test of time.” The second two volumes recount the impact of their experience after the women’s return to France.

Ida Fink, “A Scrap of Time”

Ida Fink and her sister were in hiding in various places in Poland during the war. After the war she immigrated to Israel, where she still lives. Her brief stories capture the ordeal of individual Jews and Jewish families, especially children and young people, responding to the German determination to murder all of them. Some survive, some do not, but the impact of the experience on their psyches is presented with harrowing fidelity.

Drawing on historical sources as well as letters and memoirs of victims, Friedlander offers a meticulous chronicle of the fate of Jews in Europe during the years of the Third Reich. His analysis of the motives of the Germans in deciding on and carrying out their plans for total extermination introduces some fresh and original ideas to a controversial subject.

From one of Israel’s finest writers, a powerful book about survivors.

Raul Hilberg, “The Destruction of the European Jews”

Hilberg’s monumental masterpiece invented a genre and cataloged a whole history. Without Hilberg’s erudite and readable achievement, it’s difficult to think how Holocaust scholarship might have proceeded.

Samuel David Kassow, “Who Will Write Our History?: Emanuel Ringelblum, the Warsaw Ghetto, and the Oyneg Shabes Archive”

The first exhaustive study of the archives organized by Ringelblum and written by numerous authors in the Warsaw ghetto about economic, social and cultural life under Nazi oppression. Ringelblum’s effort to collect and preserve this material (he buried it in milk cans, most of which were recovered after the war) was heroic. Fluent in the languages in which accounts of life in the ghetto were written, Kassow provides a comprehensive overview and interpretation of the value of Ringelblum’s determination to keep alive in memory the ordeal of his fellow Jews.

The narrator of this novel [from Nobel literature prize winner Kertész] is deported as a boy and grows to maturity [through and after the camps.] Readers can perceive the cognitive changes that took place among deportees who survived long enough to understand the circumstances of their surreal world. — Jay Geller

This classic film from 25 years ago was mentioned so often that readers took its inclusion for granted. Lanzmann’s scorching and multilingual revisiting of European Holocaust sites and witnesses is a momentous cinematic achievement.

Primo Levi, “Survival In Auschwitz” and “The Drowned and the Saved”

Again, universally nominated by you, Primo Levi’s powerful yet understated memoirs describe his time in the camps and his life in their aftermath.

Nussbaum and his wife were in hiding in Belgium when they were betrayed, arrested, deported to Auschwitz and killed. He left behind dozens of paintings hidden by friends depicting various phases of the terror facing Jews in occupied Europe. His native town of Osnabrück in Germany built a museum in his honor years after the war, where many of his works are now housed.

Another member of a select band of writers to be given the Nobel Prize in Literature for her work relating primarily to the Holocaust, Sachs, who was already a mature woman when the Nazi atrocities began, was afforded education and refuge because of her wealth. She wrote her poetry from Sweden, but her anguish was immediate and involved.

The account of a teenage boy who describes life in the Lodz ghetto with clarity and verity, “The Diary” shows how starvation, diseases, fear and jail-like conditions made us lesser human beings, destroying us, our family life, and forcing some to become informers or corrupt officials in the ghetto administration. Like an anatomist, Sierakowiak analyzes the physical and mental damage done to people of all ages in the ghetto before they were deported and killed in death camps. — Dr. Salomea Kape, Lodz Ghetto Survivor

“The incisive wit of a survivor’s son unpacking his and his father’s history throughout a graphic novel in no way detracts from the horror of the story and of its aftermath in the lives of survivors. It is a work of terrible genius. — Judith Klau

Sutzkever’s poem “Unter Dayne Vayse Stern” is a poignant rendition of what he witnessed in the Vilna ghetto. A hotbed of Jewish intelligentsia and academic rigor… All of it was wiped out by the Nazis. Through Sutzkever’s poetry one can envision the world that once was.”

Perhaps the most iconic text of the Shoah, not least because of its teachable accessibility, “Night” is a testimony from the heart of the Holocaust. Wiesel, a Nobel Peace Prize winner, describes his time in Auschwitz with his father.

In addition to the myriad suggestions we received, we have also compiled a slightly longer list under the categories of film, history, Jewish thought, memoir, fiction, poetry, art and music. We have also listed some anthologies, websites and other resources.

Yehuda Bauer, “Rethinking the Holocaust” and “The Death of the Shtetl”

Emil Fackenheim, “To Mend the World”

Gisela Pearl, “I Was a Doctor in Auschwitz”

Jonathan Littell, “The Kindly Ones”

Georges Perec, “W, or the Memory of Childhood”

“Seeing Through “Paradise”: Artists and the Terezín Concentration Camp”

“Art, Music and Education As Strategies for Survival: Theresienstadt 1941-45”

Lawrence L. Langer, “Art from the Ashes: A Holocaust Anthology”

The Thinking Person’s Guide to the Holocaust